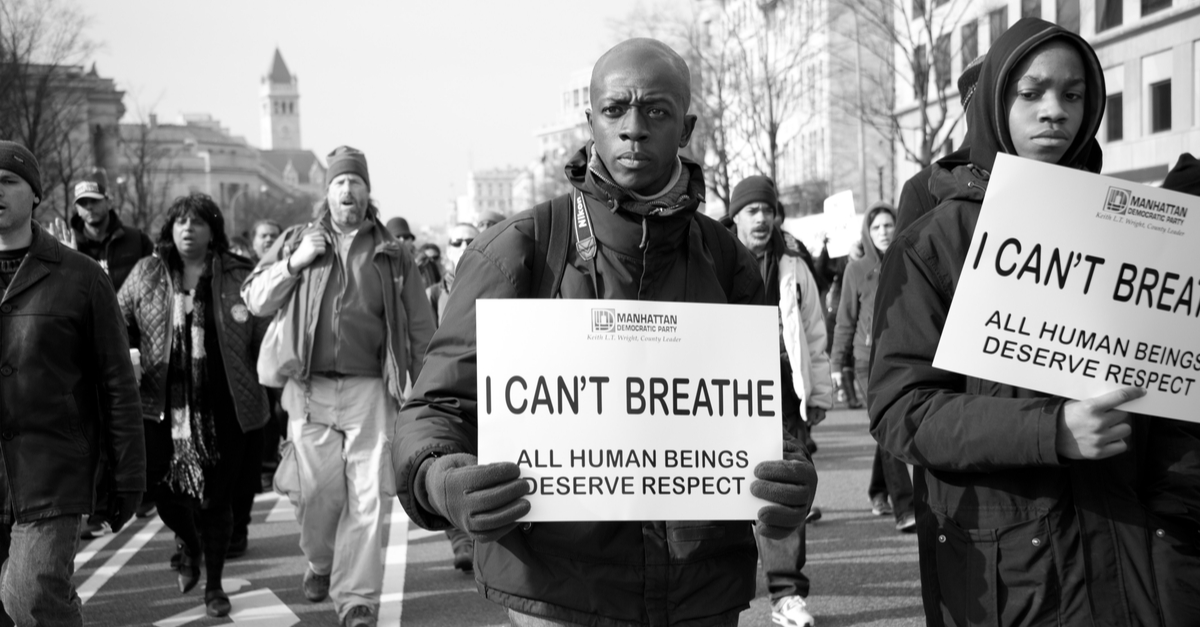 (Image above is from December 13, 2014: Protesters march against police shootings and racism during a rally in Washington, DC)

I don’t know who needs to hear this, but the color of your skin does not determine your ideology or your ability to form your own opinions.

If there’s one lesson I hope Americans take away from this week, it’s that black people and white people alike come in a wide array of political ideologies and perspectives.

I am someone whose narratives on race issues in the United States have most recently been influenced by the experiences and perspectives of black Americans.

Black Americans who happen to be conservative and Christian.

When I was a liberal as a young woman, I was far more influenced by what white people told me about black Americans, which was mostly that they were horribly oppressed and in dire need of my saintly white pity and compassion.

I’m being slightly hyperbolic, but this is somewhat how my confused young liberal mind felt as I grappled with the burden of being born white and privileged and unable to relate to the people who I was told were so in need of my help.

This perspective cemented in my mind a monolithic image of the average black American, so much so that, when I became a conservative, I was horrified by my own surprise that there were middle-class black Americans who had white-collar jobs and owned houses and businesses. I’d legitimately never considered that black people lived anywhere but the “inner-city.”

I was also very surprised to learn there was such a thing as a black conservative.

So when I read “Please Stop Helping Us” by the Wall Street Journal’s Jason Riley, my views were reshaped by the radical idea that perhaps, by trying so hard to help the black community, white liberals were actually making things much, much worse, both practically and psychologically.

Right now, as our hearts are all angered and grieved by not only the unjust killing of a black man in police custody but the subsequent looting, rioting, and vandalism that has followed, we are being asked to listen to black voices.

It seems to me, however, that much of the movement only wants to hear from one kind of voice.

The voice that fits the white, liberal narrative on being black.

But the thing is, black voices are just people’s voices that, like every other voice, come in all stripes and persuasion and have all kinds of opinions. There are black people marching peacefully and publicly calling on rioters to stop the violence. There are also black people looting right alongside white radicals and opportunists.

If the reaction to George Floyd’s death has taught us anything, it’s that there is no such thing as a unified black voice. And that’s OK. Black opinions, like every other opinion, should be tested and subjected to the test of both logic and morality.

It’s completely fair to acknowledge that white people don’t always do a good job at listening to black experiences, especially if they don’t fit their personal narrative.

But not listening to experiences that don’t suit one’s narratives is hardly a white or conservative problem. In fact, it’s raging among white and black liberals alike, who discount the value of the conservative black voice.

Black conservatives are all too often called awful names like “Uncle Tom” by their ideological opponents, their differing opinions from that of the largely left-leaning black community dismissed by black and white people alike as brainwashing or selling out their race.

I’m old enough to remember when the very white Joe Biden whitesplained to black Trump voters that they “ain’t black” if they won’t pull the lever for Uncle Joe (because it was, like two weeks ago.)

So yes, let’s listen to black voices. I am personally listening a lot more to black voices with different perspectives than my own about faith, government, and morality than I’m used to right now, and it’s been good for me.

But as a Christian who is washed in the blood of the lamb, I know that these are human voices, coming from people who were created equal to me in the image of our shared Creator.

They, like me, are capable of being wrong. They, like white people, don’t come in a single model. They are all unique individuals who are each responsible for their own ideas, their own morality, their own souls and witnesses before God.

If we’re going to agree, once and for all, as a nation that we are all equal, we need to start treating one another equally and recognize their voices as being just as worthy, and just as capable of fault, as every single other American.

Listen to all black voices. 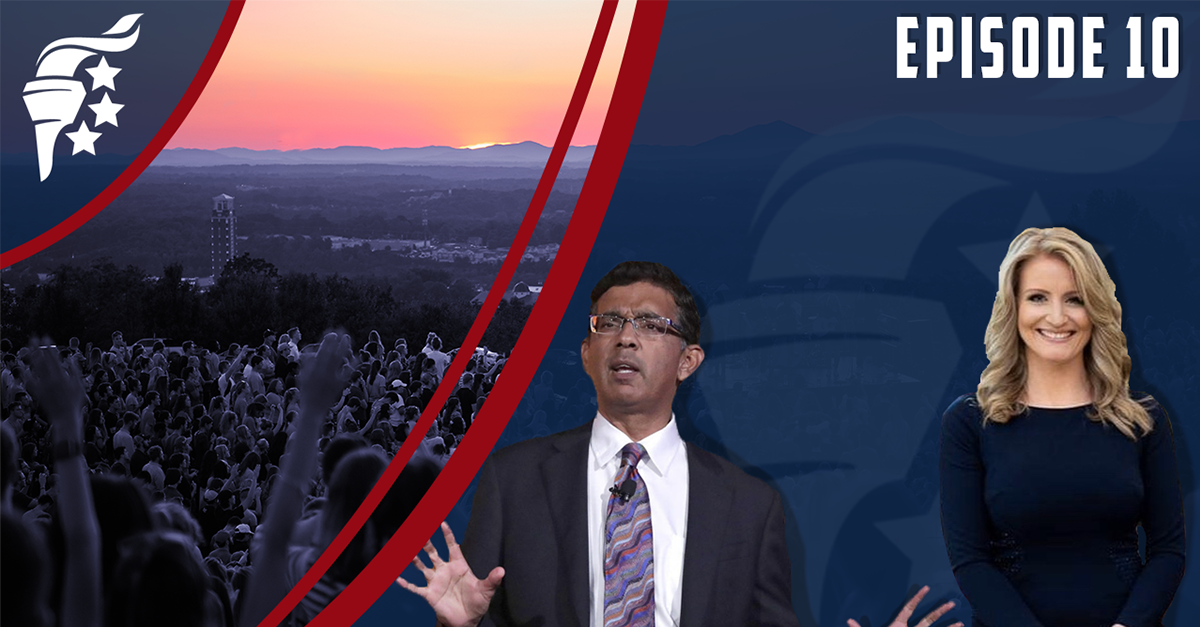 Episode 10: America on Fire with Jenna Ellis and Dinesh D’Souza