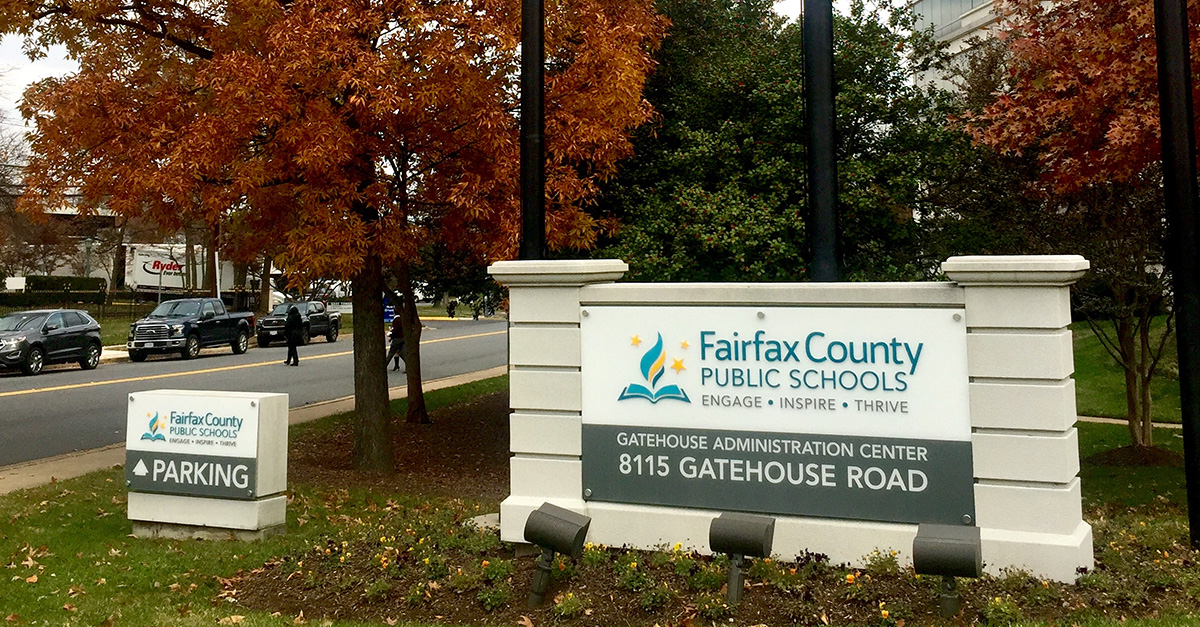 As many as 17 public high schools in Northern Virginia are now suspected of intentionally withholding National Merit Award notifications from qualifying students in the name of “equity,” the result being that recipients weren’t able to include them in application packets for college admissions and scholarships.

National Merit Awards are given to approximately 50,000 of 1.5 million high schoolers each year. To earn them, students must score in the top echelon of PSAT/NMSQT tests in Reading, Writing and Language, and Math. Those who initially qualify earn the opportunity to compete for additional awards and an award increases their chances at being awarded academic scholarships, honors, and admission to top colleges.

As a result of the actions of Virginia schools to hide the awards, recipients were not able to report their National Merit achievement in time to include it with college admissions and scholarship packages.

Virginia Attorney General Jason Miyares, R, launched an investigation into the matter to determine whether the high school was in violation of the Virginia Human Rights Act. Since the initial probe, at least 16 additional schools were discovered to have kept the notifications secret, which has largely affected Asian American students. In fact, between Fairfax County, Loudoun County, and Prince William County, at least 75 percent of the National Merit semi-finalists are minority students, with most of them being Asian American.

Virginia Gov. Glenn Youngkin, R, told ABC News that the schools in these districts appear to have a “maniacal focus on equal outcomes for all students at all costs.”

“This nation was built on the idea of building a better future, of striving and achieving. And here we have what appears to be three large school districts in Virginia who have been systematically withholding information about excellence. This is so counter to everything that we believe.”

Virginia parents have been fighting the injection of Critical Race Theory (CRT) and transgender ideology in these school districts for the last several years; in fact, most political observers credit Youngkin’s come-from-behind win with parents’ concerns over education.

Virginia parents are speaking out. One mother, Asra Nomani of Fairfax County, told Fox News that she was outraged to find out that her son’s National Merit Commended Student Award had been kept secret until two years after graduation. Her son is now in his sophomore year at an out-of-state college, and Nomani has been working three jobs to pay for his tuition after his scholarship opportunities were jeopardized. She stated,

“The equity warriors out there want to talk about dismantling the systemic injustice, but they’re actually now that purveyors of this racism and discrimination. I want to just make this very real for people: this isn’t just equity policy without damage. There’s a real damage in the lives of families and human beings like my son.”

Prince William County Public Schools dismissed the fact that its students were in the dark about their merit awards as a mere oversight “based on sheer human error.”

However, Brandon Kosatka, the director of Student Services at Thomas Jefferson High School, admitted to Nomani that their approach to withholding academic honors from students and parents was intentional.

“‘There’s a lot of kids who didn’t get either award and we didn’t want them to feel bad about it,’” Nomani recited Kosatka as saying.

Another Fairfax County mother stated that her daughter “had done everything right since the first grade to excel academically.” Now, though, her daughter “may not go to the school of her dreams because of who she is, a Korean American.”

Miyares told Fox Business that the Fairfax School District paid an equity consultant $450,000 to ensure “equal outcomes no matter what, even if it means treating some students purposefully unequally.”

Just one year after implementing this change to its admissions standard, Thomas Jefferson High School saw a 20-point drop in Asian American enrollment.

Asian American discrimination in schools is not isolated to Northern Virginia counties alone. It is even happening at the highest echelons of higher ed. Last fall, the Supreme Court heard a pair of cases, Students for Fair Admissions, Inc. v. University of North Carolina and Students for Fair Admissions Inc. v. President & Fellows of Harvard College, which charged both schools with rejecting the applications of better qualified Asian and white students in favor of black and Hispanic students with lower GPAs, SAT scores, and other measures.

Lawyers presented oral arguments to the Court in late October, and legal observers believe that the justices are of a mind to scrap the use of affirmative action in future admissions decisions.

“You hear the word equity all the time. Equity without excellence is actually emptiness. It doesn’t really help the student at all. It actually divides us,” Miyares said.

Following the investigation, Youngkin has proposed a new law that would make withholding scholarship awards from students illegal in Virginia schools.

It’s no secret that the result of policies written regarding social justice, diversity, equity, or inclusion is the systemic discrimination that it claims to end. Progressive ideologues convinced school leaders that the Trojan Horse of “antiracism” was the only way to solve “racism.” To do this, they hired expensive Diversity, Equity, and Inclusion consultants to implement Critical Race Theory, radical gender ideology, and Marxist tactics to put “privileged” students in their proper place.

We’re now seeing the end game of this misguided Marxist thinking in Virginia schools. Rather than push the lower-performing students to challenge themselves, they used the goal of equity to pull the brightest and hardest working students down to the level of the least motivated students.

No matter how you square it, these schools are engaged in injustice. Instead of rewarding students for their hard work and dedication, they are withholding the fruits of those efforts. Not only does it remove incentives and severely lower the standards for success, but it caters to lazy, apathetic students who show no effort or desire to succeed in the first place.

That school leaders don’t believe minority or marginalized students are capable of excelling academically or that they will somehow be emotionally devastated by the achievements of other harder-working students shows their true colors: Rather than being “antiracist,” they are actually purveyors of “the soft bigotry of low expectations.”

Not everyone has the same gifts and responsibilities. Some people are more athletic, some are good writers, and some are math whizzes, while others excel at business, teaching, caretaking, and so forth. Those gifts and those purposes are apportioned by God and they are to be pursued and enhanced for His glory, as the Apostle Paul noted in Romans 12:6-8. And as Jesus showed through the Parable of the Talents (Matthew 25:14-30), we are not to squander what we’ve been given. Likewise, Proverbs 22:29 tells us that those who excel in their work will be recognized and rewarded.

By ignoring biblical truth, not to mention the Protestant work ethic, school leaders are teaching children to hide their light under a basket and settle for mediocrity. They do this in pursuit of equity, but equality of outcomes can never exist in a fallen world, only equality of opportunity.

If school leaders really want to help minority and marginalized students, they should start investing in tutors and other supplemental academic resources that will help all students reach their full, unique potential — rather than wasting thousands of dollars on DEI con artists. 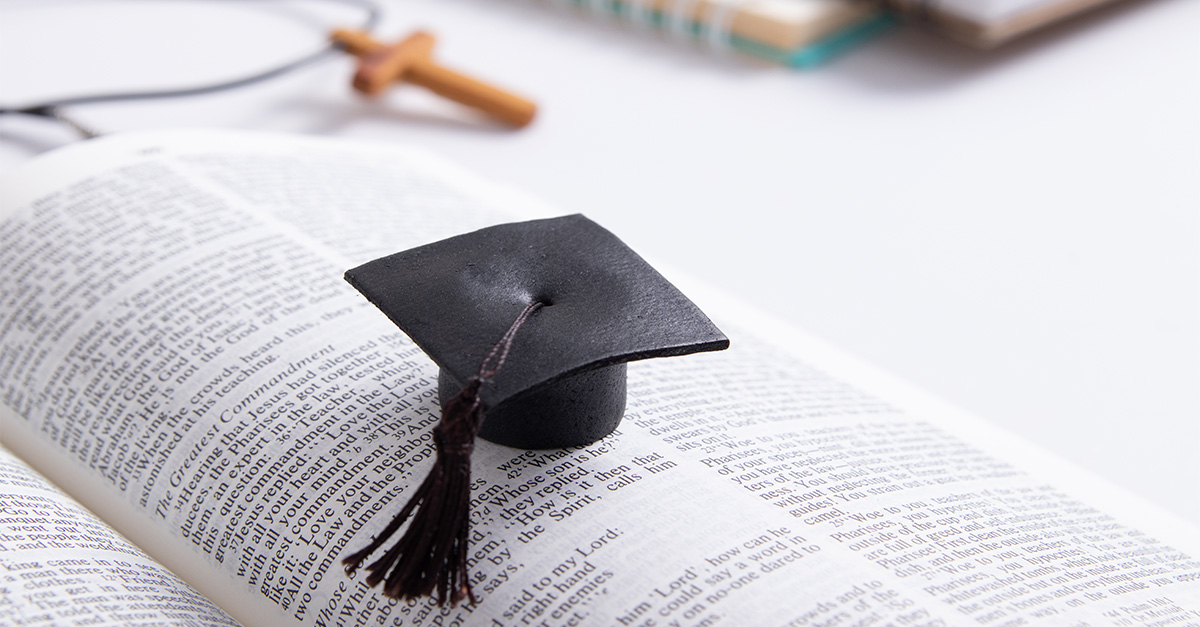