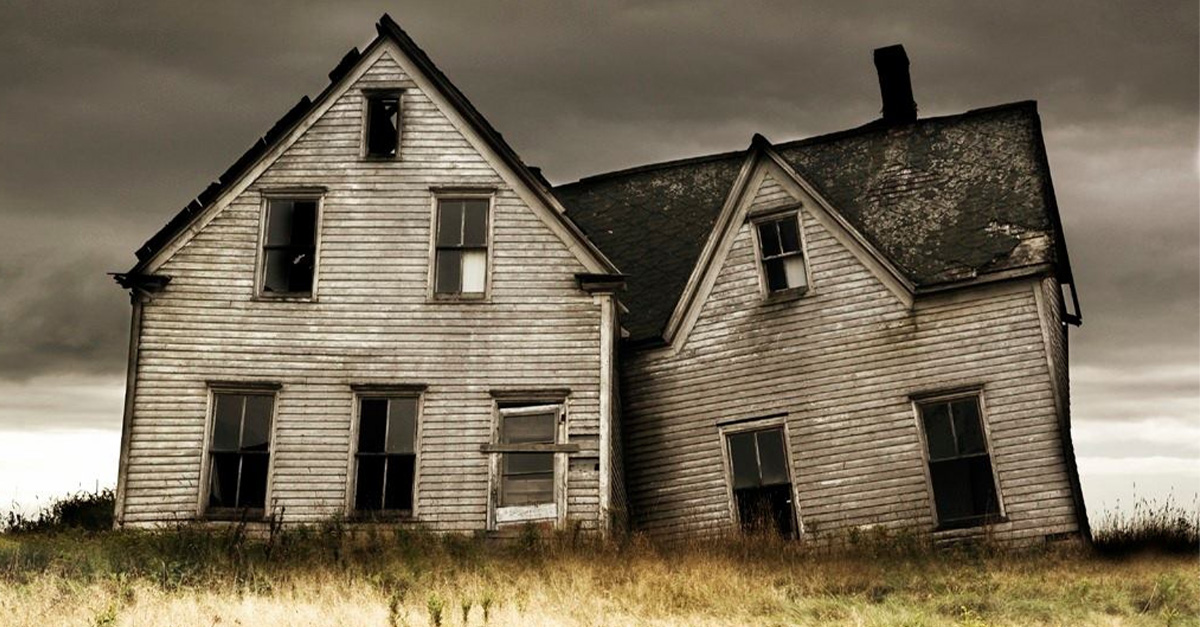 Divided We Fall: The Pro-Life Movement Is Reaping the Fruit of Decades of Compromise

Pro-life ballot measures took a beating at the voting booth last Tuesday. Pro-abortion measures, however, rode a Molech-worshipping wave to victory. It was a disappointing and disheartening outcome, to say the least. To say the most, it shows how dearly so many in our nation love death.

In an article summarizing the various initiatives, and their respective outcomes, the Freedom Center noted that “Including the defeat in Kansas earlier this year, the pro-life cause has failed in six ballot amendments since Roe v. Wade was overturned.” Not good.

The five different abortion-related measures that were set forth for a vote last week ran the gamut in terms of their goals, both for good and evil.

California’s Proposition 1 enshrined the “fundamental right to choose to have an abortion” in the state’s constitution; it also left out any restrictions related to “viability,” which means abortion is now legal up until the moment of birth in the Golden State.

There was little chance of defeating such a barbaric amendment in the progressive stronghold of the Left Coast. Still, it should shock decent Americans everywhere, and Christians doubly so, that such evil (abortion through all nine months of pregnancy) has officially been declared “good” in one of the states of our great union.

The prophet Isaiah was right to call down “woe” upon such people who call evil good (Isaiah 5:20) and to warn that a fiery judgment will be their final end:

“Therefore, as the tongue of fire devours the stubble, and as dry grass sinks down in the flame, so their root will be as rottenness, and their blossom go up like dust; for they have rejected the law of the Lord of hosts” (Isaiah 5:24).

More surprising than California, however, were the losses in Kentucky and Montana. As a current resident of the Blue Grass state, I was personally pleased to vote “Yes on Amendment 2.” This measure sought to clarify that “to protect human life, nothing in this Constitution shall be construed to secure or protect a right to abortion or require the funding of abortion.”

It lost by a vote of 52.3 to 47.7 percent. Not even 51 percent of the Kentuckians who voted were willing to make this simple clarification. One of the big stories here was the spending — some pro-life activists estimate (but can’t yet confirm) that the “No on Amendment 2” campaign outspent the pro-life efforts by a magnitude of 5-to-1.

Now consider how the Montana results show the rotten fruit of a nation moving further and further away from its Christian founding. According to the Freedom Center:

“LR-131, also known as the ‘Born-Alive Infant Protection Act,’ stated that infants born alive, ‘including after an attempted abortion,’ are legal persons and medical professionals would be required to ‘take necessary actions to preserve the life of a born-alive infant.’ Amazingly, 53 percent of voters voted against the amendment. This means that this simple amendment, trying to provide protections for children who are born and living outside of the womb, whether the result of an abortion or not, failed. Now, in some circumstances, these babies may be left to die, and the doctor or other healthcare provider responsible won’t face legal consequences.

In the ancient Greco-Roman world, many unwanted newborns were discarded and left to die; you could call it a “post-birth” abortion. This was often done to babies born with deformities or simply because the parents wanted a boy instead of a girl.

“Infant abandonment” was a real issue that Christianity confronted head-on in the first century. Christians would collect and care for abandoned infants. When Constantine took power, bringing about a Christian empire, he ordered that all newborns be provided for: “If any parent should report that he has offspring which on account of poverty he is not able to rear, there shall be no delay in issuing food and clothing” (Theodosian Code, II.27.1–2).

In other words, Christianity has always fought for the life of the most vulnerable, specifically the unborn and newly born. Now, to see a state in America in 2022, vote to refuse to provide care for any infants who survive abortion (or have health issues) reveals just how thin the tether connecting modern America with our historic Christian roots has grown. The line is stretched to the breaking point. How much longer will it hold?

In the grim light of these losses, many are asking, “What in the world happened here?” There are many reasons one could consider, or center, in explaining the outcomes last week. Some argue that in a post-Roe world, the pro-abortion activists are far more motivated than the pro-life side. Others argue that “maximal abortion bans” simply aren’t popular and therefore are electorally infeasible, although there really wasn’t a “total abortion ban” on the ballot this election cycle.

Here is my take: The pro-life movement is divided — and divided we fall. Consider how, on the pro-abortion side of the fight, the “abortion rights” and “abortion access” movement is entirely unified and energized. There are no disciples of Planned Parenthood who argue, “Well, maybe we should be okay with voting for some pro-life politicians who have other policies we like.” There are no loud voices in the Democrat camp who say, “Well, it’s okay to support some abortion bans.”

But what about the disciples of Jesus Christ? The pro-life movement has historically been composed of evangelical Christians and Catholics. But unlike our pro-abortion adversaries, there are many loud and leading voices in the Christian camp that make space for Christians to vote for pro-abortion politicians or ballot measures come election season.

We are indeed a house divided. We tolerate the support of evil within our camp. In fact, we excuse it. For years now, Christian leaders and pastors have been letting Christians know that “it’s okay” to vote for pro-abortion candidates if they like some of their other policies — as if economic policies mattered anywhere near as much as the question of taking versus preserving a life.

Why did pro-life ballot measures lose last Tuesday? Perhaps, in part, because countless thousands of Christians have been discipled by pastors like Tim Keller, who, in two tweets, once claimed:

“I know abortion is a sin, but the Bible doesn’t tell me the best political policy to decrease or end abortion in this country, nor which political or legal policies are most effective to that end. The current political parties will say that their policy most aligns morally with the Bible, but we are allowed to debate that, and so our churches should not have disunity over debatable political differences! It is also why I have never publically [sic] or privately told Christians who they should vote for.”

The Bible doesn’t tell us how to end abortion? What about Exodus 20:13: “Thou shall not murder”? Keller might balk at such a demand for clarity, but I can confidently tell you the best political policy to decrease and/or end abortion in this country easily: Make it illegal. All of it.

America moved one step closer to that reality with the overturn of Roe v. Wade. Which, if I may remind my readers, was brought about by pro-life voters electing pro-life Presidents, who appointed pro-life Supreme Court judges, who ruled in such a way that was supported by pro-life Americans. And there was only one political party that helped along the way. Only one.

That said, Tuesday night showed us again that decades of compromise have consequences. Thus, it’s time for pro-life pastors, churches, Christians, and activists to get their houses in order.

It was never excusable for Christians to vote for pro-abortion politicians or ballot initiatives. Sadly, too many pastors fail to have the courage to make that plain. They hide behind confusing and subversive shibboleths like “Jesus isn’t a donkey or an elephant, He’s a lamb” or “Christianity isn’t left or right; it’s a third way altogether.” Such political pablum provides fake cover for Christians to do what should never be done: Cast a vote for people or policy that support the murder of the unborn.

Have we forgotten what Paul asked followers of Christ in 2 Corinthians 6:14-15?

“For what partnership has righteousness with lawlessness? Or what fellowship has light with darkness? What accord has Christ with Belial?”

The answer? None! Abortion is the perverted, demonic sacrament of Satan. To support it in any way is a futile effort of mixing light with darkness.

Moving forward, Christians must make this crystal clear: To faithfully follow Christ in the political realm means only voting pro-life as long as such an option is available. It means always casting an effective vote against pro-abortion politicians and ballot measures.

The pro-abortion movement is entirely united. Because of this, they are winning. They are standing, even as the pro-life movement post-Roe falters. Why? Because Christian compromisers sowed seeds of division into the wind for years, allowing people like Tim Keller to confuse Christians everywhere about this most basic duty. On Tuesday night last week, we reaped another whirlwind of setbacks for the pro-life cause.

Time for the division to end. It starts with each one of us, wherever we are. Own this position: Being unapologetically and only pro-life. Talk to your pastor. Volunteer at and donate to the local crisis pregnancy center. And for the love of life — precious, unborn life — stop giving cover to Christians to vote for pro-abortion politicians and political initiatives. If we don’t, the record of pro-life ballot measures in a post-Roe world is going to get a lot worse than 0-6. 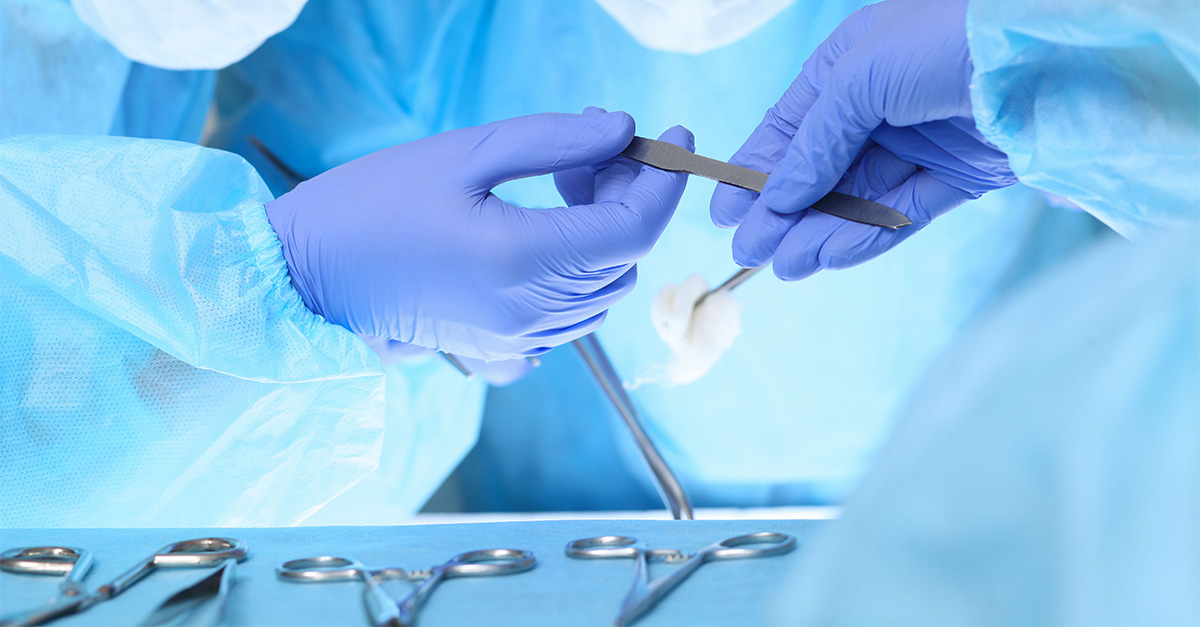