Five Factors Christians Should Consider When Casting Their Vote

Editor’s note: Be sure to read our new Theology of Politics entry, Why and How Should Christians Vote?

Politics can be a messy business.

From the varied special interests wielding influence behind the scenes to the undeniable fact that we’re often left with candidates who exhibit demonstrable character defects, the idea of voting our values as Christians can seem like a daunting enterprise.

This reality is one reason why the proverbial phrase “the lesser of two evils” has become a go-to expression each election cycle. It’s an acknowledgment that both political parties fall short of our biblical standards in some way – embodying worrying degrees of corruption, bad ideas, and problematic leadership.

But that phrase is also an acknowledgement that Christians shouldn’t just throw up their hands in surrender, even if our choices are less than ideal. As best we can, we should pursue the application of biblical principles to every area of life, which includes the domain of politics.

How, then, should Christians weigh upcoming elections as they assess who to support at the ballot box?

Thanks to the recent slate of excellent Supreme Court rulings, we at least have a practical blueprint to help inform us as we make our decision.

Here are five areas to sharpen our focus during election season.

Ally to the Pro-life Community

Protecting unborn life in the womb should be one of the primary motivating factors for any serious Christian. The ruling in Dobbs v. Jackson Women’s Health Organization undid the horrors of Roe v. Wade, turning the abortion battle from the national to the state level.

Which politician, Christian or not, will be an ally to the pro-life community?

That’s the question we must ask.

The ones who are hostile to the pro-life community will make it obvious.

Sen. Elizabeth Warren, D-Mass., for instance, demanded that the feds shut down crisis pregnancy centers by force while her colleagues in the House blocked a congressional resolution to condemn the violence and vandalism directed at faith-based organizations in the aftermath of Dobbs.

Meanwhile, abortion fanatic Gov. Gretchen Whitmer, D, ghoulishly vetoed millions of dollars from the budget that was allocated by the Michigan legislature to “encourage adoption and support pro-life pregnancy facilities.”

What good is religious liberty if you can’t exercise it in a public place? Not good at all, the Supreme Court concluded in Kennedy v. Bremerton School District.

Coach Joe Kennedy, if you’ll recall, was canned by his employer, a public school district, for leading a voluntary prayer on the field after each game. The district ridiculously argued that this voluntary prayer, which players from both teams participated in, was a de facto establishment of religion by the school.

It was an American citizen exercising his God-given right to praise his Creator free from government interference.

Which politician will rigorously protect the First Amendment’s guarantee of religious liberty and free speech?

This question is all the more important to sort out after we witnessed megalomaniac governors and local officials exploit the coronavirus pandemic to shutter churches and limit attendance capacity for almost a year, even as they allowed abortion clinics and pot shops to remain open and accessible.

Put differently, will the politician be a friend or foe to the Church?

Lest you think such a query is too abstract, remember that Beto O’Rourke, who is currently running for governor in Texas, previously told a CNN townhall audience in 2019 that, if elected president, he would rescind the tax-exemption status of any Christian nonprofit that opposed same-sex marriage.

In Carson v. Makin, the Supreme Court ruled that the state of Maine, if it is going to subsidize tuition costs for private schools, cannot freeze out faith-based schools from receiving funds as well.

“That is discrimination against religion,” Chief Justice John Roberts wrote.

Three of Roberts’s colleagues objected to the decision, which means three Supreme Court justices believed that Maine was justified in explicitly barring tax dollars from going toward religious instruction even as the State made tax dollars available to other private institutions.

“Discrimination” is the right word choice.

For voting purposes, any program or law — charters, vouchers, home school protections — that aids Christians in removing their children from the public school system is a win.

Government schools are not values-neutral venues for education. They are temples of worship for humanism, where a secular worldview is at the core of what is taught. If that agenda wasn’t evident already, the relentless reporting by Christopher Rufo exposing the radical gender ideology showcased in the classroom should leave no doubts.

Civil government isn’t the only form of government, biblically speaking. It’s one form among many.

And throughout Scripture He places different emphases and assigns different roles to each of these jurisdictions. Under this design, tyranny is averted because power is not centralized in any one form of government; it’s decentralized, or it should be anyway.

That’s the road to freedom.

But that’s not how Washington, D.C., has functioned lately.

Americans have lost a great deal of their freedoms to unelected bureaucrats who populate the administrative state. No-name pencil pushers are imposing vast regulations on American society by decree, making a mockery of our Constitution’s commitment to “checks and balances.”

A seismic correction, however, could be in the works, thanks to the ruling in West Virginia v. EPA. Here the Supreme Court blocked the Environmental Protection Agency, and, by extension, other government agencies, from snatching power that was never delegated to them by Congress in the first place. As Neil Gorsuch underscored in a concurring opinion, any federal agency endeavoring to regulate “’a significant portion of the American economy’” must be given an overt mandate by the legislative body. The same determination applies if an agency is trying to “require ‘billions of dollars in spending’ by private persons or entities,” the justice added.

It’ll now be more difficult for some Alexandria Ocasio-Cortez fanboy you’ve never heard of to micromanage your life from the windowless office of his D.C. cubicle.

While defanging the administrative state may not be as flashy as the other Supreme Court opinions handed down this term, West Virginia v. EPA is nonetheless a crucial part in upholding the biblical precept of separation of powers. Christians should be suspicious of any politician who doesn’t respect these constitutional boundaries.

This next topic wasn’t addressed in the Supreme Court’s most recent docket, but it remains an indispensable part of how Christians should assess who to back for political office.

And that topic surrounds this question: What kind of people will the candidate staff his administration with?

That question is critical because who an elected leader hires to implement his policies reflects that administration’s beliefs and priorities.

It’s not a one-man operation, after all.

Which brings us to President Joe Biden.

He appointed a man pretending to be a woman to a key healthcare role at the White House. Admiral “Rachel” Levine, formerly known as Richard Levine, is the assistant secretary for health at the Department of Health and Human Services. During an MSNBC interview not too long ago, Mr. Levine said he remains dedicated to empowering “trans youth” to get “gender-affirmation treatment in their state,” which is the euphemistic way of saying he supports pumping adolescents full of puberty blockers and recommending “sex” reassignment surgery if these “youth” convey discontentment about their gender.

Any politician or party who defends mutilating children over feelings they’ll eventually grow out of has tilted the “evil” in “the lesser of two evils” balancing act unequivocally to one side of the electoral scale….which means that balancing act no longer exists.

The Biden administration has similarly made news by hiring a guy at the Department of Energy’s nuclear waste division who shows up to work in stilettos, a dress, lipstick, and goes by the pronoun “they.” The same dude reportedly brags about his bizarre sexual fetish that involves animal role-playing.

What this means in the context of voting is that we may not like the candidate at the top of the ticket and may even find his personality obnoxious, but that should not automatically be a dealbreaker.

If the candidate is going to hire personnel who champion the unborn, who respect religious liberty and Christian education, who seek to scale back the size and scope of civil government, and who aren’t trying to subvert the biological differences between men and women and castrate kids in the process, then these are all strong factors to consider before casting a ballot.

Remember that when Election Day rolls around. 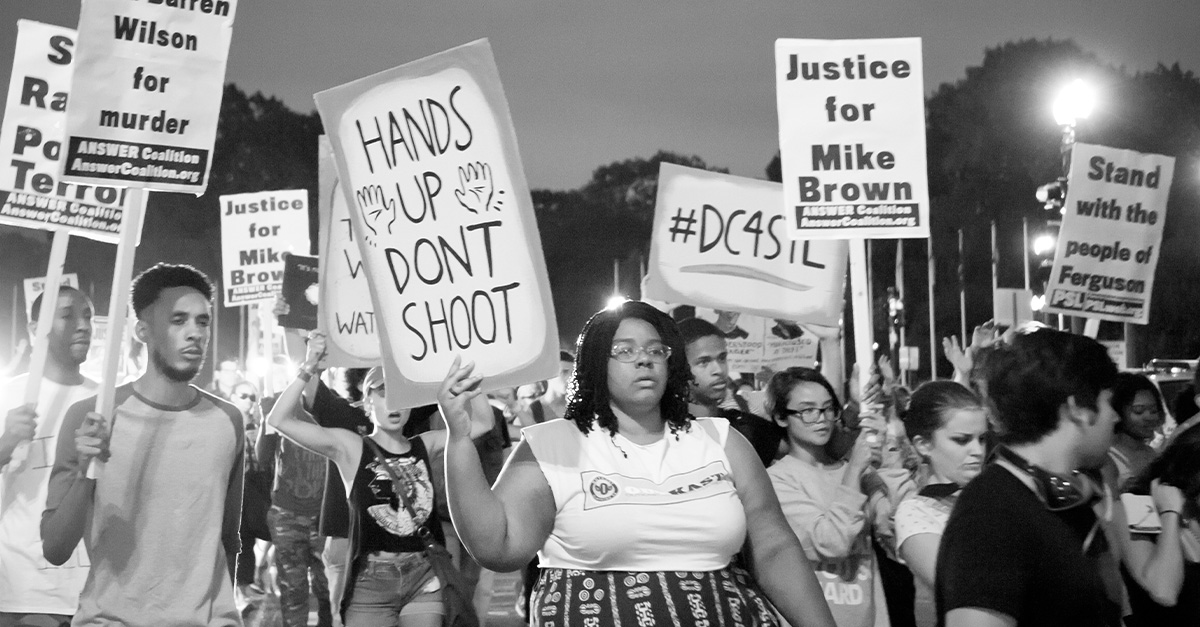 Divisive Diversity Rhetoric: How Some Christians Misunderstand What Really Matters in the Church and in Heaven