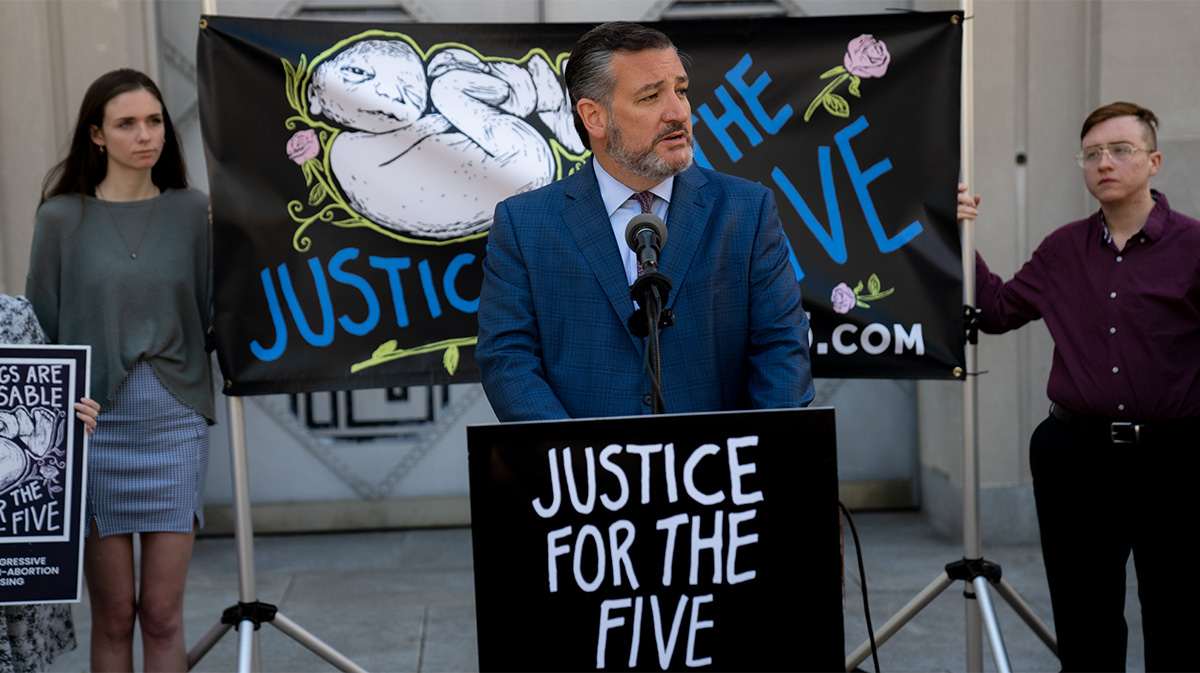 Conservative and liberal influencers found common ground outside the Department of Justice on Thursday morning.

Sen. Ted Cruz, R-Texas, a bonafide conservative, joined the Progressive Anti-Abortion Uprising (PAAU) in a press conference demanding that Attorney General Merrick Garland investigate the remains of five fully developed fetuses that were discovered in a box of medical waste outside an abortion clinic. Since the gruesome discovery was made in late March, demands for an investigation have been routinely made with the intent of proving that federal laws had been broken.

PAAU executive director Terrisa Bukovinac opened the conference with a strong demand that those responsible for the death of “The Five” be held accountable.

“I am joined today with Sen. Ted Cruz to demand that the Attorney General Merrick Garland investigates the deaths of these babies and their killer Cesare Santangelo, the ‘Butcher of D.C.’ Sen. Cruz recognizes the emergency of ending the mass slaughter of our children by Big Abortion and it is for that reason I am honored to welcome him here with us today. His ardent defense of these victims and his passionate pleas for justice have been instrumental in giving visibility to these crimes against humanity.”

Lauren Handy, who stored the remains of the five children in a refrigerator in her home until authorities took possession, described holding the deceased babies in her arms:

“The horrors of late-term abortion, partial birth abortion, and infanticide are real. I should know. I held those children in my arms. I saw them with my own eyes and loved them. Holly, Christopher X, Harriet, Angel, and Phoenix. Their killer needs to be held accountable. Merrick Garland, do your job. Do not be a collaborator in covering up their murder. We demand justice for the Five.”

Senator Cruz then took the stage, delivering an unapologetic rebuke of AG Garland’s involvement since the discovery, while also announcing that the D.C. Medical Examiner has agreed to allow a private pathologist to conduct an independent autopsy. He stated:

“We’re here today calling on the Department of Justice to follow the rule of law, to vindicate the rule of law and to vindicate justice. We’re here today because the D.C. government still has not provided justice for the ‘D.C. Five’ — five children who were aborted in this city, [who] the medical experts believe were between 20 to 40 weeks gestation, with one little boy approaching nearly full term. The evidence suggests that local abortionists may well have violated federal law, congressional prohibitions of partial birth abortion.

Much of the media attention has focused on the activists, including Terrisa, who obtained the bodies, not on the abortionists who took the lives of these children. And not on the government officials in the District of Columbia and what they were doing with the remains or whether they were going to conduct an investigation. And then media attention disappeared from the case altogether. That’s not going to stop us from demanding justice for these babies.

We’ve learned that an attorney from PAAU has confirmed the D.C. Medical Examiner has agreed to allow a private pathologist to examine the bodies of the five babies. This is a step in the right direction.

But make no mistake, I think it is likely that the Senate will shift to Republican control in November, and if that happens, we will schedule hearings on the likely violations of the partial birth abortion ban and the Born Alive Infant Protections Act, including these five children, whose lives were taken in D.C.

On the face of this, the evidence, the remains of these five children, strongly suggests a violation of criminal law that to date the Attorney General is turning a blind eye to because his political preferences incline him in that direction.

“We are gathering here with Sen. Ted Cruz and Rep. [Robert] Aderholt to demand that Merrick Garland, the Attorney General, does his job and investigate the death of the five babies that Lauren Handy and I found in a medical waste box bound for an incinerator in Baltimore.”

Reid: “You’ve been vocal about your progressive posture, but you’re joining forces with an unapologetic conservative. What is the harmony there?“

“Ted Cruz has been an ardent defender of these babies that we discovered. It is his efforts that have helped bring visibility to these crimes against humanity. We’re willing to partner with anyone who is willing to end the mass killing of our children by Big Abortion.”

Reid: “Most conservatives who identify as pro-choice would be shunned from the conservative community. What does the liberal community say of you being pro-life?

The exposure of the “D.C. Five” made national headlines last March after Terrisa Bukovinac and Lauren Handy discovered the remains of 115 children, including five third-trimester babies, outside of Washington Surgi-Clinic, a Washington D.C. abortion facility.

Handy and Bukovinac were commemorating the “Day of the Unborn Child,” which is intended to provide alternatives for mothers seeking an abortion. While at the clinic, the two noticed a truck owned by Curtis Bay Energy that was picking up two large boxes labeled with biohazard symbols. Handy and Bukovinac asked the driver if he was aware of the contents, to which he said no. Bukovinac informed him that “dead babies” were in the boxes. Through further dialogue, the two persuaded the driver to allow them to take possession of the boxes to provide a proper burial for the deceased infants.

You can read more about the details of this case here.

“You may choose to look the other way but you can never say again that you did not know.”

The gruesome discovery of these five infants — all likely viable outside the womb if they had been given the support of a loving society and a team of medical professionals interested in saving rather than taking life — is incredibly sad. But such an offense compounds when we consider that the process was possibly torturous and illegal, a process that certainly hasn’t been of enough concern to national authorities to investigate with any haste. Partial-birth abortion is simply the logical conclusion to the call to legalize abortion at any point in pregnancy. The preborn baby does not gain more rights as he or she develops or become more-but-still-only-so-much of a human being. The preborn baby is a human from conception and deserves the same rights throughout the entire fetal development period as any born human.

But most importantly, each fetus is known and loved by his or her Creator, God Almighty.

“For you created my inmost being; you knit me together in my mother’s womb. I praise you because I am fearfully and wonderfully made.”

This is the go-to, or perhaps the “cliche,” verse used by pro-life advocates. But if it’s the inspired Word of God, we should be okay with overusing it. God creates people with a purpose, and any sin involved does not undermine His sovereignty but rather is an opportunity for us to follow God’s command to pursue justice for the oppressed and to help the “least of these.” Amid a long list of evils advanced by this great nation, abortion is the worst. It is an affront to justice and an affront to God.

As the Church engages culture, we must not simply acknowledge what is right or wrong. We must not simply take that acknowledgment and pursue political remedies. These are all good things to do, but they must be done in concert with a life saturated in prayer.

Pray that God breaks our hearts for what breaks His. Only then will we be able to more closely understand how evil abortion and other sins truly are and have the motivation needed to pursue justice. 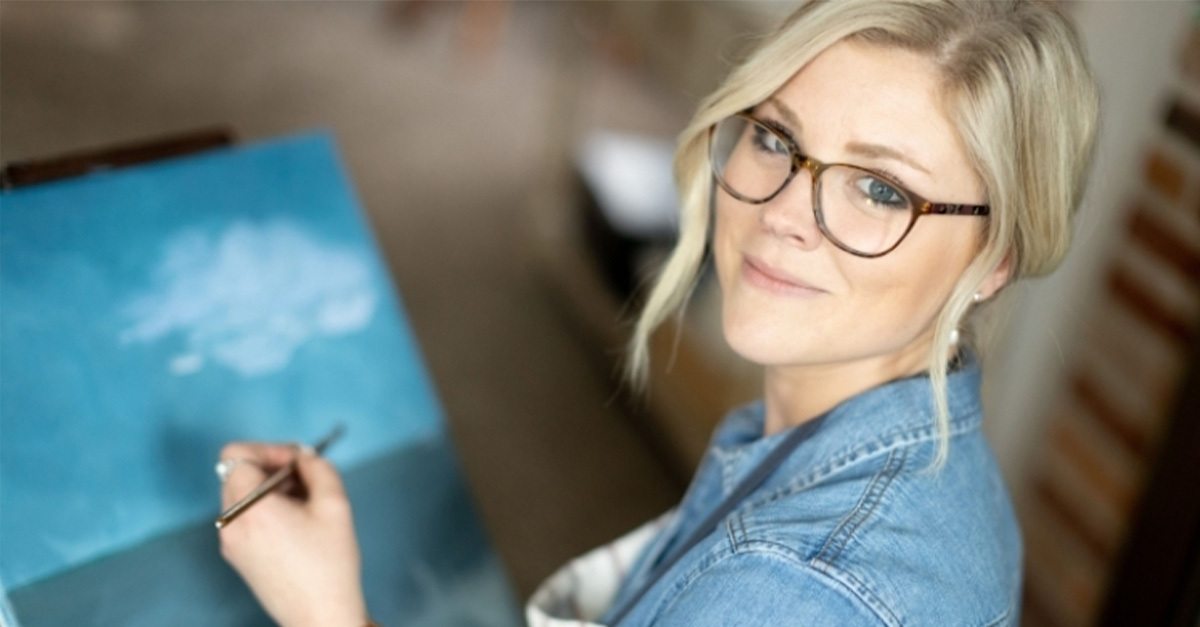