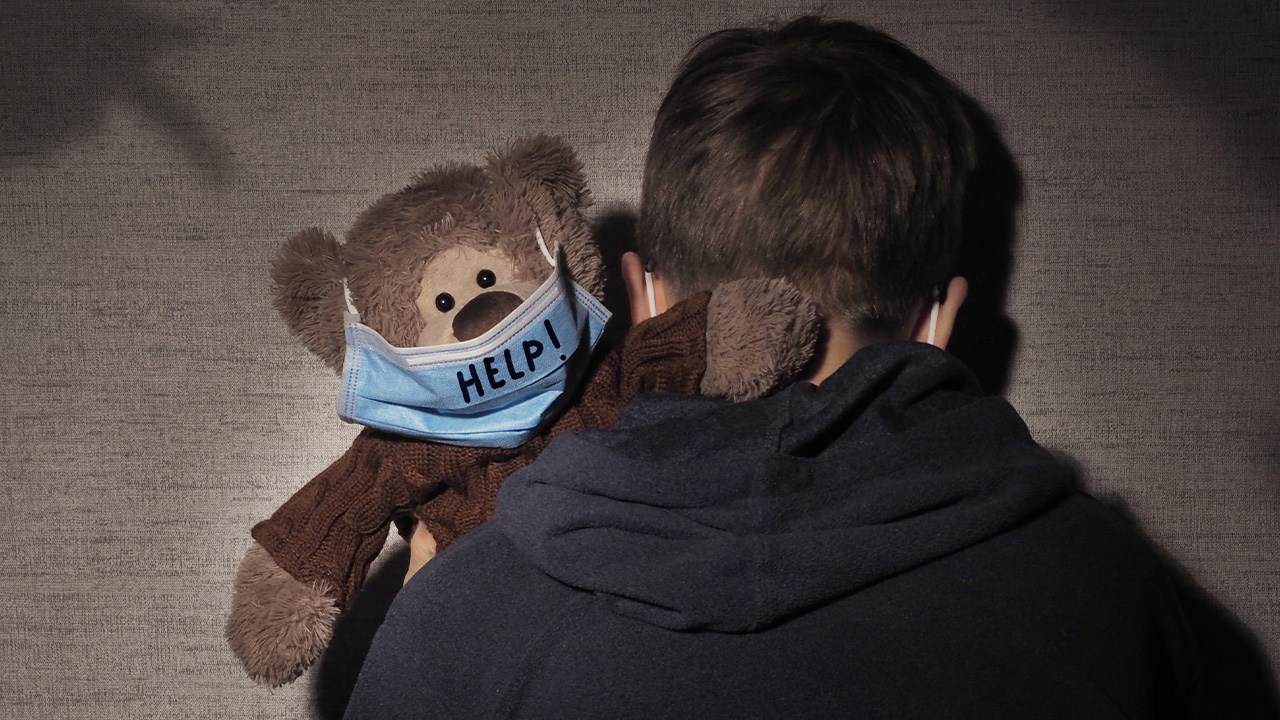 The “they” in the headline refers to the Progressive Establishment in American society, which holds the institutional power of our day — from entertainment and education to politics and Big Tech. The “they,” however, does not refer to your average liberal bystander who, although misguided on many issues, is similarly horrified when a purple-haired creep masquerading as a teacher rhapsodizes with 5-year-old Johnny about the joys of nonbinary sex.

Heck, even my lib neighbors in the People’s Republic of Seattle think that such indoctrination schemes, which the purple-haired creeps boast about publicly, are totally nuts and unhinged.

But the Progressive Establishment itself? Make no mistake: They detest our children on all fronts — if they’re not trying to wipe them out in utero, they are determined to stunt their educational development in school, confuse them sexually with gender identity garbage, mutilate their bodies with surgery and puberty blockers, and relegate them to a life of loneliness replete with drug use and despair.

Indeed, over the last two years it has become alarmingly obvious that the left isn’t interested in protecting kids, but in abusing them.

Instead of renouncing their “not-at-all-secret gay agenda” to sexualize little ones with “queer stories,” Disney has doubled down on this position. The company recently partnered with the LGBTQIA2S+ (did I forget a letter?) group GLAAD to air an ad across their media platforms featuring a mother of a “trans” teen scolding lawmakers like Florida Gov. Ron DeSantis, R, for backing parental rights legislation:

“There are some politicians who are trying to tear my family apart, simply because my [daughter] is transgender,” yammered the activist mom. “Trans kids don’t have a political agenda. They are just kids. They just want to be left alone.”

To be fair, this woman’s biological daughter probably does want to be left alone.

You know who doesn’t want to leave her alone?

In addition to partnering with GLAAD to run transgender hype targeting children, Abigail Disney, the granddaughter of co-founder Roy Disney, argued that the entertainment empire must “stand for love.” In a Washington Post op-ed, she maintained that the company her grandfather built shouldn’t look to “occupy neutral ground” on LGBTQIA2S+ disputes because “there no longer is such a thing.”

She went on to smear Governor DeSantis and his supporters, claiming that they’re trying to erase an “entire class of human beings.”

Ms. Disney is right about one thing — neutrality on these core concerns doesn’t exist. Either you believe that we are “fearfully” and “wonderfully” made by our Maker, “knit” together in the womb with purpose and calling, as the Psalmist declared or you believe that man is a creator unto himself, authorized to pick and choose his own body parts like he’s playing a round of Mr. Potato Head on the playground.

(Mr. Potato Head, by the way, is now gender-neutral.)

Some may think that neutrality could be reached if corporations and schools refrained from sex talk with minors. Even that position, as it turns out, isn’t “neutral,” for it tacitly acknowledges the family as the appropriate place to imbue values.

In any event, what the Disney heiress calls standing for love is really an appeal to prime kids at an early age to revile their God-given bodies, setting them on the destructive path of mutilation, lifelong regret, and sterilization. To make matters worse, Joe Biden’s administration has signaled taxpayer support to fund these gruesome surgeries on our youth, before they are even old enough to rent a car.

This isn’t an exercise of love. It’s one of hatred.

It’s gotten so out of hand that a “trans” psychologist named Erica Anderson told the Los Angeles Times that the movement has “gone too far,” adding that “giving over to hormones on demand will result in many more cases of poor outcomes and many more disappointed kids and parents who somehow came to believe that giving kids hormones would cure their other psychological problems. It won’t.”

In fact, Anderson predicts that the “transitioning” craze amongst adolescents is “going to get worse” [and] “I don’t want any part of it.”

Nothing, though, has embodied the Progressive Establishment’s disdainful approach toward our kids’ well-being more than the harsh lockdowns they implemented during the COVID-19 pandemic. Despite the accepted fact that children, especially young children, were virtually at zero risk for hospitalization or death from the Chinese coronavirus, blue state politicians shut down in-person learning and then later forced students to don masks as a condition for schooling, to supposedly mitigate the spread of a virus that doesn’t affect them to begin with.

The results of these diktats are ugly: One-third of children in early grade levels “are missing reading benchmarks,” reports the New York Times. The numbers are far worse for black and Latino kids, the same cohort that Progressive America never shuts up about. “We’re in new territory,” warned a director of a speech and literacy lab in Boston. “Alarming,” commented other researchers. The CDC won’t outright confirm this “alarming” decline in early childhood development, but the agency has revised downward the number of words preschoolers should know.

As if this retrogression weren’t worrisome enough, suicide attempts by teenagers skyrocketed during the lockdown period, particularly by females. And when I write skyrocketed, I mean it. There was a mind-blowing 51 percent increase in teenage girls being rushed to the emergency room over a suicide attempt in the beginning of 2021 compared to the beginning of 2019, before the lockdown zealotry erupted.

Make no mistake, the politicians who imposed these blanket stay-at-home orders are squarely to blame. Remarkably, the CDC acknowledges this reality. No, they don’t blame the governors or mayors who implemented the agency’s own directives. They do blame, however, those directives as the culprit: “physical distancing,” “a lack of connectedness to schools, teachers, and peers,” and “increases in substance use” were all touted by the CDC as the main reasons why so many young girls tried killing themselves.

These soaring suicide attempts and the deterioration in early learning were predictable.

God created us to be social beings. We were designed to live in community with one another, not in isolation (Genesis 2:18, John 17:20-23). We are not soulless machines that can be manipulated in the name of “science.” Yet that’s how the Progressive Establishment views humanity — as soulless machines. Their evolutionary worldview rejects a priori the relational nature of man, and thus they propose policies that operate from the premise that we are nothing more than mechanistic buttons to be pressed in a purposeless goo of history.

So, of course, reading proficiency would nosedive if children cannot see their teachers speak. Imitating facial expressions and watching adults talk are crucial to a toddler’s language improvement. And, of course, anxiety and depression would explode by abruptly cutting teenagers off from their friends and extracurricular networks, while leaving them with more time to imbibe the latest toxic fad on TikTok.

The CDC and the rest of the public health regime didn’t care. They still don’t. Anthony Fauci remains a staunch defender of lockdowns and won’t rule out future ones despite the enormous emotional, developmental, and psychological damage they’ve wrought on our children.

This demographic deserves our greatest advocacy because they cannot speak up for themselves. And yet what the last two years have revealed is that far too many of those in power treat our children with ghoulish contempt.

Such attitudes make sense, sadly. The Progressive Establishment has already dehumanized unborn babies as property that can be discarded at will, inconveniences that can be dismembered up until the moment of birth. Is it any surprise, then, that the same elites who actively resist the sanctity of human life at every turn have locked arms with union stooges who loafed around in their yoga pants for an entire year rather than show up to work and teach in the classroom?

It shouldn’t. The Progressive Establishment has chosen sides.

They hate the kids. 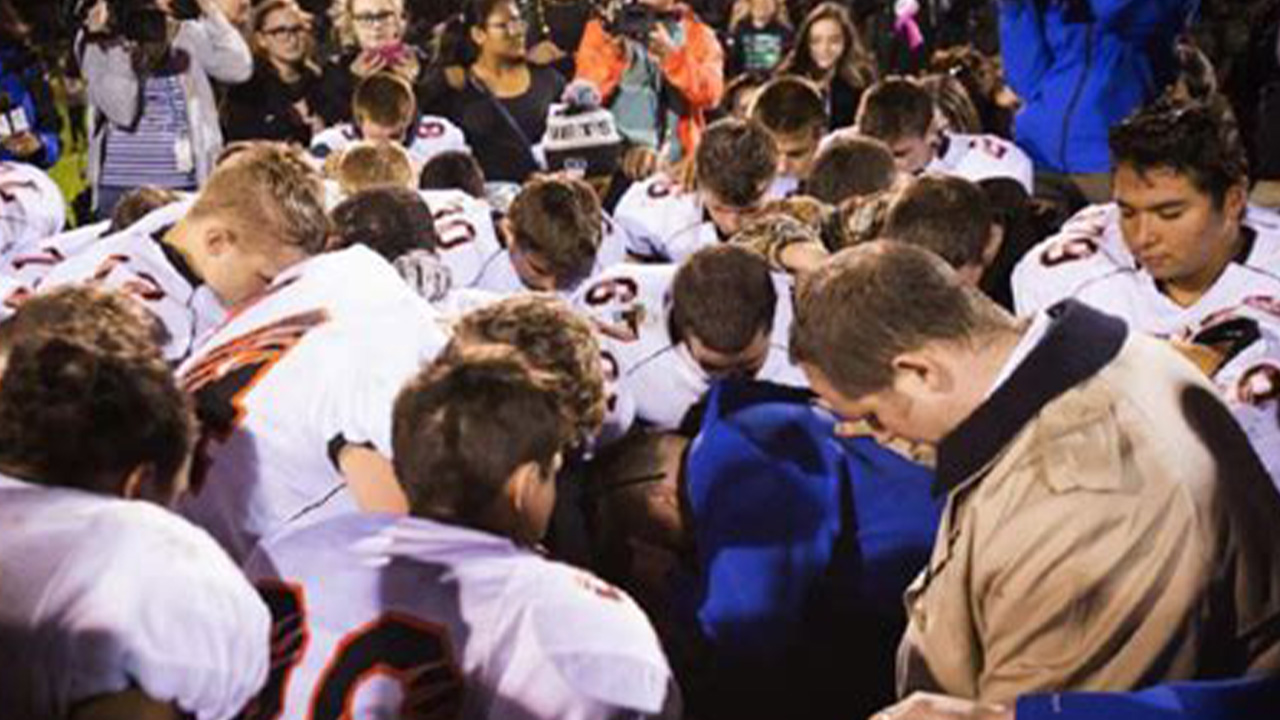