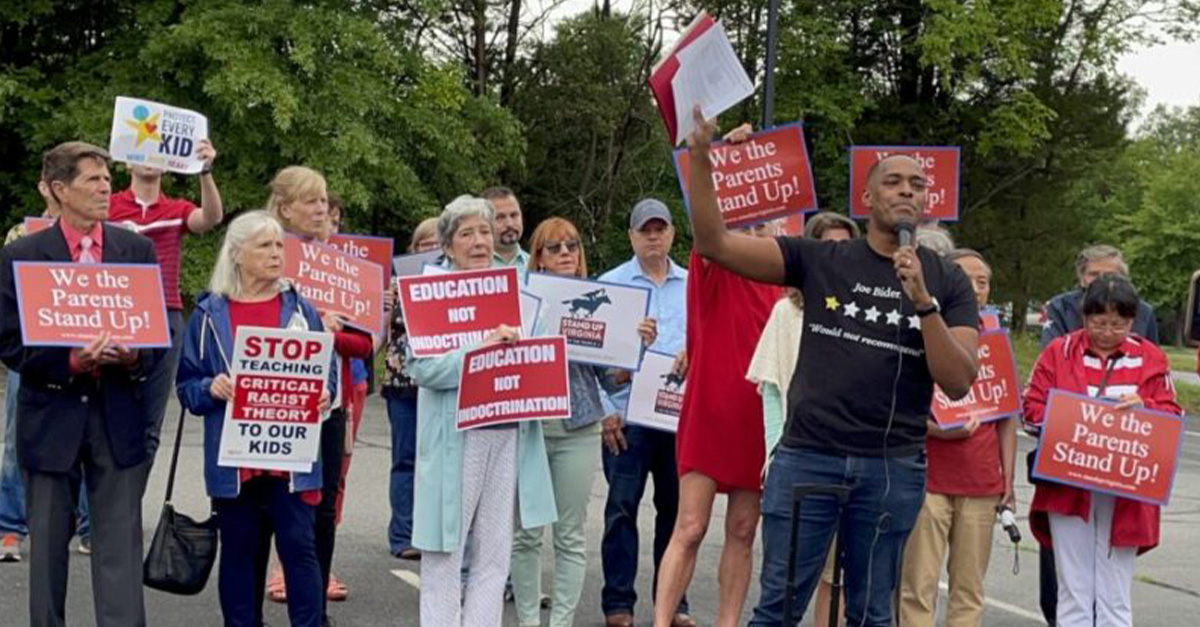 Parents and state legislators gear up to fight back against Marxist, racially divisive CRT teachings in the classroom in 2022

Dozens of state legislatures across America are advancing legislation to bring increased transparency to — and give parents more control over — the content of their children’s curriculum and the agenda of their education in response to the increasing awareness that dangerous ideologies like Critical Race Theory (CRT) and sexually inappropriate literary materials are being advanced by liberal teachers and schools across the country.

Legislators in at least a dozen statehouses, including Alabama, Kentucky, North Carolina, and Ohio, plan to use a series of legislative sessions to advance bills to stop CRT and CRT-infected ideas from being taught in the classroom. The Washington Times reported that Republican state legislators “have introduced 12 bills to ban critical race theory in K-12 schools since Nov. 8, bringing the total number to 66 in 26 states, according to a free speech advocacy group that tracks them.”

The hope is that these bills will also give parents more of a say in the curriculum being used to teach their impressionable children. Christopher Rufo, senior fellow at the Manhattan Institute and one of the main advocates for removing CRT from schools, said, “My goal this year is for 10+ state legislatures to pass curriculum transparency bills, requiring public schools to make all teaching materials easily available to parents via internet. It’s time to get the political predators out of the shadows — and return power to families.”

The backlash against CRT, as well as other far-left and anti-American ideologies, in public schools was on full display in the election of incoming Virginia Gov. Glenn Youngkin, R-Va. Gov-elect Youngkin, who will take office on January 15, made banning CRT a core issue of his winning 2021 campaign, which saw Democrats lose the statewide popular vote in Virginia for the first time since 2009. Missouri State Rep. Brian Seitz, who is also a business owner and pastor, said that the Virginia election results were “a microcosm of the rest of the United States.”

The results of the 2021 elections have energized and motivated millions of Americans around the issue of education, with parents demanding more of a voice in what their local school boards are empowering educators to present to children of all ages in the classroom.

It’s unfortunate to see the issue of parental rights in education become politicized, as seen when the National Association of School Boards called in the FBI to investigate parents who challenge their policies. But the reality is that Republicans, for the large part, see the championing of parental rights as a key priority, while Democrats are pushing back, insisting that CRT is not taught in K-12 schools and that parents don’t know what they’re talking about.

However, the politics behind the issue of education are less important than the need for the next generation to be presented with fair and accurate leadership in the classroom that doesn’t engage in a Marxist version of revisionist history in the context of American culture.

In addition, legislation currently being proposed in the GOP-controlled Oklahoma State Senate would give parents the ability to request that certain books be pulled from children’s school libraries and collect at least $10,000 every day the school refuses to do so.

Sponsored by Oklahoma State Sen. Rob Standridge, R-Okla., the bill would allow parents of children in the state’s public schools to file a written request to remove any books that “make as their primary subject the study of sex, sexual preferences, sexual activity, sexual perversion, sex-based classifications, sexual identity, or gender identity.” If the legislation becomes law, it will go into effect during the 2022-2023 school year and apply to all public school districts and public charter schools in Oklahoma.

Parental frustration with school boards reached a boiling point in 2021 when Democrat-led localities and teachers unions sought to keep schools closed during the COVID-19 pandemic. U.S. Rep. Virginia Foxx, R-N.C., who also served as an educator, stated that “there is clear evidence that it can have negative effects on some children’s mental, emotional, physical, and academic wellbeing.”

Whether it’s attempting to “revise” history through an unproven framework surrounding race relations in America, flooding schools with sexually inappropriate reading material, or using a virus to keep schools shuttered unnecessarily as one of the dozens of attempted power grabs by the political establishment, a perfect storm has emerged among American families, and they are ready to take back the future of their children for good.

As Standing for Freedom Center author William Wolfe recently explained, “God gives children — and the responsibility for their education — to parents, not the government. And it’s time for Christian parents to take back their kids.”

Part of parents taking control of their children back from the government is by ensuring that, if their children are in public schools, they are being taught core educational competencies, like math, science, grammar, critical thinking, history, etc., and not absurd leftist philosophies like CRT.

Keep in mind that one of the main purposes of education historically, and specifically from a Christian perspective, is moral formation. The goal isn’t just to teach multiplication tables and have students memorize historical facts but rather to train and mold them into competent, thoughtful, and virtuous citizens.

There are few more viciously counterproductive worldviews with which we could indoctrinate future generations than the beliefs of CRT.

At its core, CRT and CRT-infected or CRT-informed ideology — often hidden under the guise of “anti-racism” or “emotional and social learning” — teaches that at the root of every hierarchy and power structure there is hidden racism that must be exposed. It perverts the historic understanding of racism as being “prejudice against individuals because of their race” and incorporates a new layer of power, in which racism can only be perpetrated by those in power — white people — and never by the historically marginalized classes. It reduces everyone and everything down to the lens of oppressor and oppressed, teaching elementary-age white kids that they are oppressors simply because of their skin color.

To be clear, American parents have no issue with facts-based history, including the sad and terrible history of slavery and racism in America, being taught to school children in an age-appropriate manner. But that’s not what CRT is. It’s a new form of racism hiding under the guise of “anti-racism.”

So, what should parents do? Stand up and speak out. As Glenn Loury, a noted economist and cultural commentator on racial issues, reminds us, “The more people find the courage to speak out, the easier it will become to do so.”

And from a Christian worldview, we must remember that God has commanded all Christians to show no partiality (James 2:1-13). This means Christians denounce racism of all forms — both the historic and present racism based on skin color and the new, upside-down, anti-racist racism that says white students are oppressors and black and other minority students will never be anything but victims by virtue of their birth.

All parents — all Americans, really — should absolutely use the power of their voices and their votes to banish CRT from our nation’s classrooms. The future and cohesion of our civic society, the functioning of our democracy, and the long-term well-being of children depend on it. 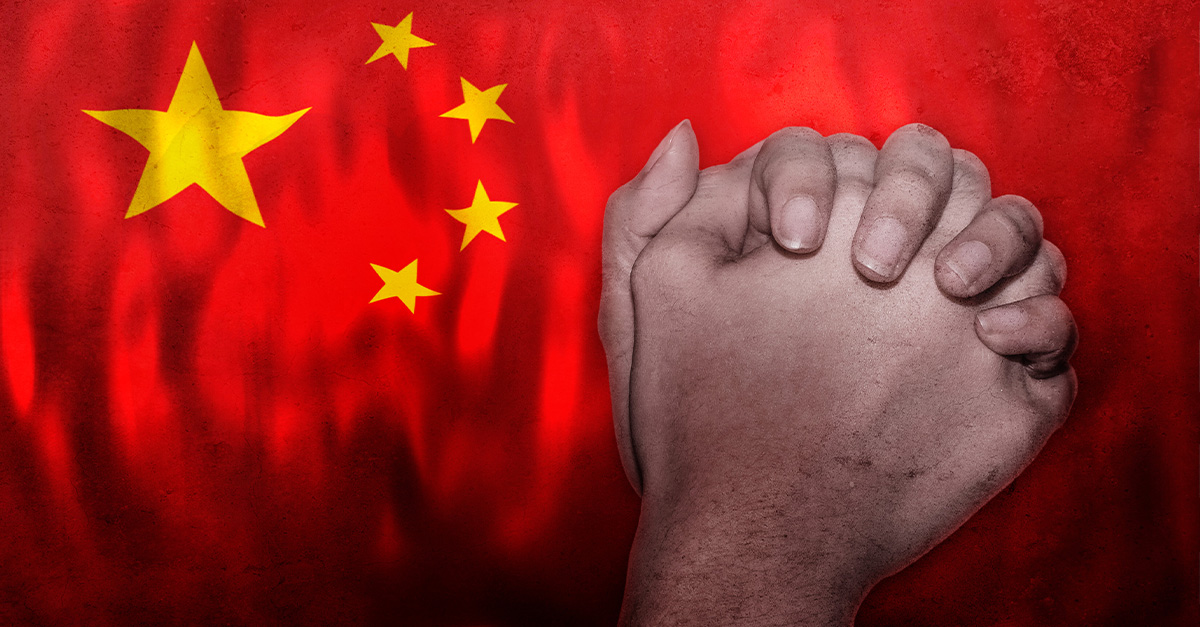