I have been an Atlanta Braves fan my entire life. It’s genetic, I suppose. I was raised by a man who got so excited by Sid Bream’s iconic 9th inning slide home to win the 1992 National League Championship Series that he literally passed out.

What I do remember is a lot of heartbreak. There was the infamous “Infield Fly Rule Game,” more officially known as the 2012 National League Wildcard Game, when an umpire made one of the worst calls in team history and ended the Braves’ season. Then came the Braves’ embarrassing defeat in the 2019 NL Division Series and the devastating playoff loss to the Dodgers in 2020, when they somehow managed to blow a 3-1 series lead.

Fast forward to this past Saturday night when the Braves dramatically redeemed themselves by vanquishing the Dodgers in the NL Championships, winning the pennant and earning their way to their first trip to the World Series that I will remember. Needless to say, I am more than excited that my team is not only playing for a world championship but they could actually be the world champions in short order.

Now I’m a Christian, so I don’t believe in karma, but there’s a little something extra satisfying about the Braves making it to the World Series this time around. It’s been a tough year for the Braves, but it has nothing to do with baseball. They and their fans and their city have been victims of politics.

Earlier this year, Georgia passed an election integrity bill, which was then slandered by politicians like Stacey Abrams. The calls of racism and voter suppression even echoed from the White House. The bill, which actually expanded voting access, was labeled “Jim Crow on steroids.” Despite the fact that these claims were divorced from reality, corporations rushed to boycott Georgia. One such corporation was Major League Baseball (MLB). To punish Georgia, the MLB also decided to punish the Braves, its loyal fans, and the people of Atlanta by ripping the All-Star game from its home stadium, where it was supposed to be held. The move not only cost the Braves the prestige of hosting the event, but it cost Atlanta’s mostly minority business owners around $100 million in economic benefits.

Rather than stay out of politics and allow a high-profile opportunity for a grieving fan base that had recently lost Hall of Famer Phil Niekro and the beloved Hank Aaron, the true Home Run King, to fully honor its legends, the MLB decided to virtue signal. They moved the All-Star game from predominantly black Atlanta to predominantly white Denver, taking the economic reward away from an impoverished city hard-hit by COVID lockdowns in the name of combating racism. Keep in mind that Georgia’s new election laws are less restrictive than New York’s where the MLB is headquartered.

Yet in winning the pennant and heading off to the World Series, the Braves have pulled off the ultimate revenge. Rather than being limited to one All-Star game, the sport’s biggest event will give the city up to three games and all of the national recognition, media attention, and economic benefit that comes with it.

The Braves have long been at odds with the woke mob due to their supposedly offensive name, logo, and iconic Tomahawk Chop, the chant yelled by Braves fans since former Florida State Seminole Deion Sanders played for the team. Unlike some sports franchises, the Braves have withstood the attacks, holding fast to their name and logo, in addition to a more limited Chop.

Make no mistake, the Braves are by no means free of woke influence. They, however, have stood up where others have caved. Rather than empty virtue signaling, the Braves have actually formed a partnership with the Eastern Band of Cherokee Indians.

In this World Series, the Braves represent the little guy. They too felt the devastating and unfair effects of a cancel mob led by corporations and politicians who, rather than help the black community or celebrate the legacy of civil rights icon Hank Aaron by keeping the All-Star game in Atlanta, lashed out because they wanted to discourage political opposition through policies such as voter I.D.

All season long I have dreamed that MLB Commissioner Rob Manfred would be forced to hand the Braves the World Series trophy, preferably in Atlanta. It didn’t look hopeful as the team lost not only the All-Star game, but superstar Ronald Acuña, Jr., to a devastating season-ending knee injury. On July 23, the team had just a seven percent chance of making the playoffs.

Most had accepted — me included — that it wasn’t the Braves’ year (again). But the team made an improbable, miraculous run through the playoffs. Now they are just four wins away from achieving not only a World Series crown but the best response of all to the woke mob: Success! 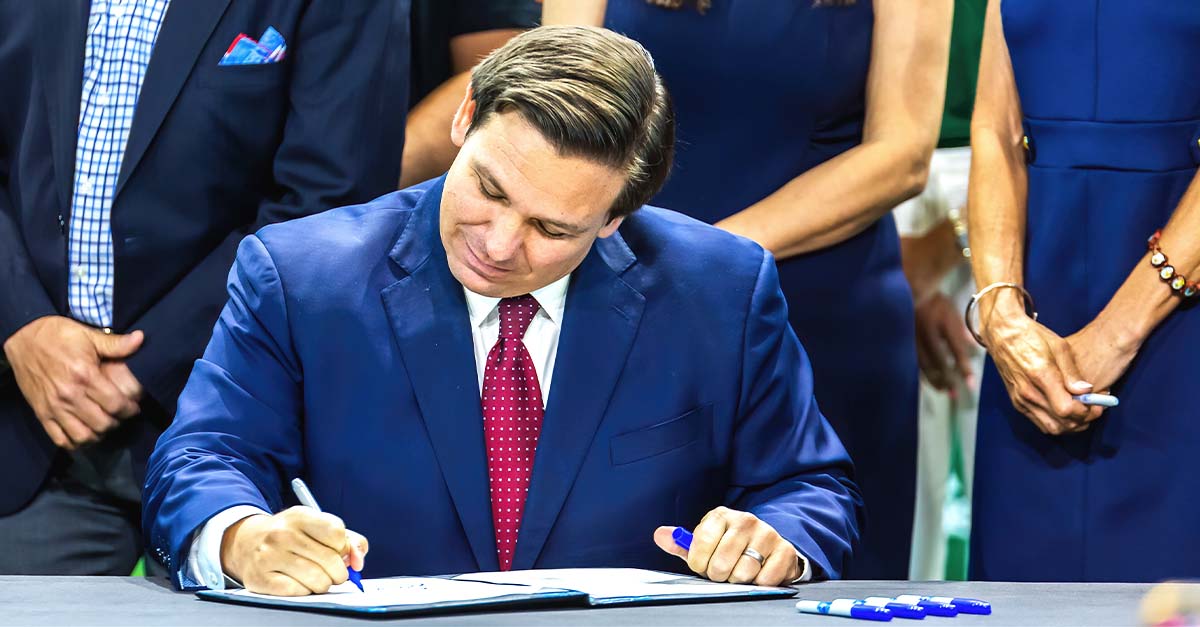