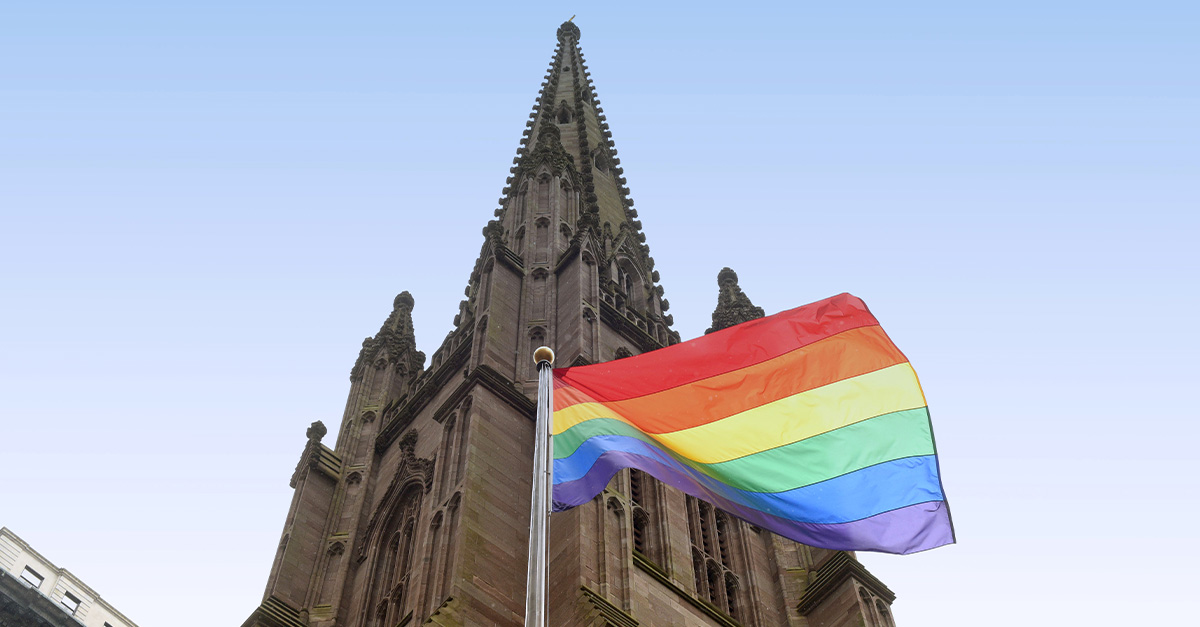 The Dangers of Theological Liberalism

We live in an age of great compromise and confusion, especially regarding the Christian faith. In some ways, that means we live in the same sort of day and age that every Christian has lived in since Christ ascended to heaven approximately 2,000 years ago.

The New Testament authors, writing under the inspiration of the Holy Spirit in the immediate decades following the life, death, resurrection, and ascension of Jesus Christ were acutely aware of the need to defend the pure teaching of the faith against those who would undermine its doctrine and application.

In 1 Timothy 4:1, Paul writes that “The Spirit clearly says that in later times some will abandon the faith and follow deceiving spirits and things taught by demons.”

God knew what He was doing when He gave the Church such strong warnings.

But while there is no doubt that false teaching and heresies have always plagued the Christian Church, each era has its own battles to fight. In the early Church period, they had to deal with Gnosticism, Christological errors, and confusion about the Holy Spirit.

Thankfully, in our day and age, we have creeds and confessions, like the Apostles Creed and the Nicene Creed, which set forward the clear, uncompromised principles of historical, orthodox Christianity. Or, if you are a Baptist, we have the Baptist Faith & Message 2000.

Still, even though we have these statements, false teaching abounds. One particularly pernicious strain of corrupted Christianity is what’s known as “theological liberalism.” The late R.C. Sproul warned that “We are living in a day when liberal theology has made deep inroads in the church.”

Even if you don’t know its name, I’m confident you’ve encountered some of its teachings — like those who deny the reality of the resurrection of Christ. So, to better equip you to spot and counter theological liberalism, let me explain what it is and why it’s dangerous.

What Is Theological Liberalism?

“The idea of liberal theology is nearly three centuries old. In essence, it is the idea that Christian theology can be genuinely Christian without being based upon external authority. Since the eighteenth century, liberal Christian thinkers have argued that religion should be modern and progressive and that the meaning of Christianity should be interpreted from the standpoint of modern knowledge and experience.”

In other words, the starting point of theological liberalism is that it trades the external, objective, God-given standard of the Bible in matters of faith for an individual’s personal, subjective opinion and experience.

This is an exact inversion of the Christian faith. We know who God is and what He wants from mankind because God speaks — and speaks first. Theological liberalism trades “Thus saith the Lord” for “So saith man.”

Summarizing Dorrien’s book, pastor and theologian Kevin DeYoung provides six other characteristics of theological liberalism along with the rejection of external authority (in addition to the one above). He says it argues that:

What does this look like in practice? Theological liberalism denies key doctrines like the inerrancy and infallibility of Scripture. They deny that the Bible is, in the words of Chicago Statement on Inerrancy, “to be received as the authoritative Word of God” and that “Scripture in its entirety is inerrant, being free from all falsehood, fraud, or deceit” and serves as the final rule of faith and practice.

Because it denies the truthfulness and reliability of Scripture, it denies the historical creation account, events like the flood, the virgin birth, the miracles of Jesus, and often the resurrection of Jesus itself.

In other words, theological liberalism largely rejects the supernatural and miraculous events recorded in the Bible as fact, calling them fiction instead. Furthermore, it denies essential doctrines like original sin and the indwelling sin in all mankind, which makes the sacrifice of Christ on the cross unnecessary.

Finally, in our present moment, theological liberalism is often seen in the rejection of the creation order and biblical sexual morality. Denominations that deny the truthfulness of God’s Word almost always end up rejecting what it teaches about sex and marriage when the world pressures it to compromise. This is why many of the major “mainline denominations,” like the Presbyterian Church of the United States (PCUSA), most United Methodist churches, the Evangelical Lutheran Church in America, American Baptists, and the Episcopal Church, are all LGBT-affirming.

Make no mistake about it: Once a denomination, church, pastor, or Christian leader adopts the core teachings of liberal theology, progressive (Bible-denying) political positions will be adopted as well.

Why Theological Liberalism Is Dangerous

The main reason theological liberalism is so dangerous is that it destroys the Gospel. What is the Gospel? It is “the power of God for salvation to everyone who believes” (Romans 1:16), the message that “all have sinned and fall short of the glory of God, and all are justified freely by his grace through the redemption that came by Christ Jesus” (Romans 3:23-24), and that this salvation is found only in Jesus Christ, the “lamb of God who takes away the sins of the world” (John 1:29).

Liberal theology denies that man is so sinful he needs a savior. It tells us that we can’t trust the Bible as God’s Word and that Jesus might not have been anything more than a good teacher who set an example for moral living. Theological liberalism is a “religious system” that has been constructed to help sinful man feel better about himself, not show him that he is a rebel on the way to Hell and then reveal a gracious, God-sent, God-incarnate savior.

Thus, the danger of theological liberalism is that it sends people to Hell. That’s not an exaggeration, that’s a biblical fact. This is why Paul warns that false teaching is, in fact, the teaching of demons — because it comes from Hell and damns man to Hell in the final judgment.

J. Gresham Machen was a faithful theologian in the 20th century. He wrote a best-selling theology book called Christianity and Liberalism that is still well-known and well-read today. In this book, Machen warned that liberal Christianity isn’t just a compromised form of Christianity, but really another religion altogether — and a false one at that. He argues that “despite the liberal use of traditional phraseology modern liberalism not only is a different religion from Christianity but belongs in a totally different class of religions.”

In other words, it’s not Christianity — and it’s not even close to being Christian.

Sproul agreed with Machen, warning that “Liberalism stands in every generation as a flat rejection of the faith. It must not be viewed as a simple subset or denominational impulse of Christianity; it must be seen for what it is — the antithesis of Christianity based on a complete rejection of the biblical Christ and His Gospel.”

Theological liberalism represents the “broad gate” that ultimately leads to destruction. Why? Because it follows in the footsteps of the serpent, who, in the garden planted the deathly seed of doubt in the form of “Did God really say?”

As faithful Christians, we reject this question and confidently claim, “Yes, God really did say” — He said we are fallen, Jesus Christ is the savior, the Bible is trustworthy, men are men and women are women, marriage is between a man and woman, Heaven and Hell are real, and the only way to eternal life is to repent of our sins and trust in the finished work of Christ on the cross.

That’s the narrow gate. It might sound fantastic — and it is. But it is the way that leads to life. So, reject theological liberalism, which is no Christianity at all, and, as the Apostle Paul admonishes us, “Watch your life and doctrine closely. Persevere in them, because if you do, you will save both yourself and your hearers” (1 Timothy 4:16). 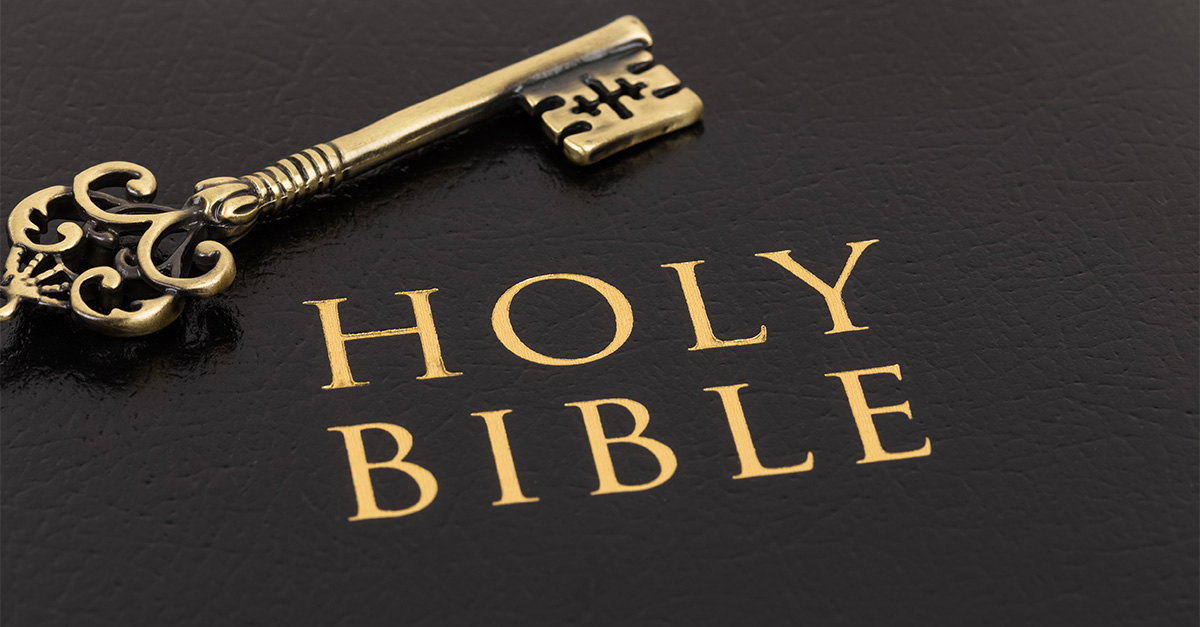