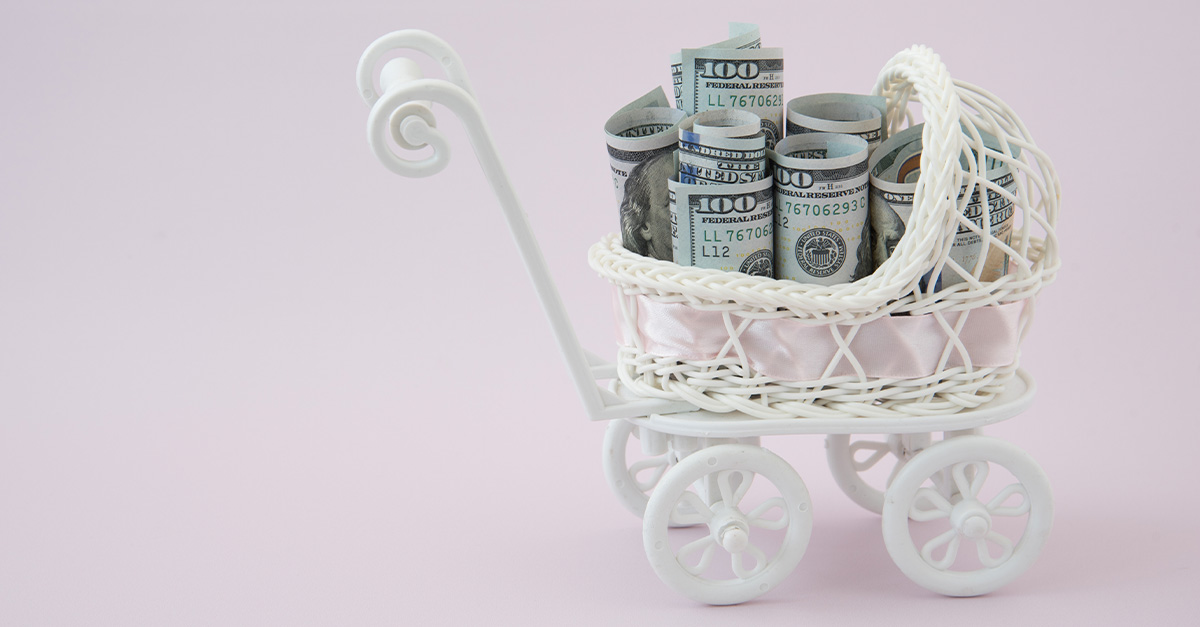 I know, the “welfare state” was never “great” to begin with, and we’ll get to that reality shortly.

For now, understand that while millions of Christians were celebrating the demise of Roe vs. Wade earlier this summer, the “progressive” wing of Christianity immediately set out on a different path: to distinguish themselves from those “callous” pro-life conservatives who, as the smear goes, are uninterested in the well-being of babies once they leave the womb.

And that distinction happened by taking the most meaningful public policy victory in the last five decades and preposterously turning it into a “faith-based” appeal for more government handouts and wealth redistribution.

Which brings us to Christianity Today, a publication that continues to traverse along the “wide” road of cultural accommodation.

Shortly after the Dobbs decision came down, the editors there published an article titled, “4 Post-Roe Policies Worth Pushing For.”

The first two “post-Roe policies” were straight up government wealth-transfers, which, to be fair, the reader was tipped off to when reading the subhead: “Supporting unborn children requires more than government, but not less.”

The first policy was to bankroll “pre- and postnatal care” and the second was to “expand and reform the Child Tax Credit.”

For the first policy, the writer channeled his best Bernie Sanders impression, grousing that “we should invest in maternal and pre-and postnatal health care like the critical infrastructure it is” because “The United States of America is among the wealthiest countries in the world.”

Okay, but this brings up an important question for those of us who have memories beyond the latest “hot take” on Twitter: Wasn’t “Obamacare” supposed to provide that “critical infrastructure,” giving every citizen, particularly those who weren’t well-off, sterling healthcare coverage?

I mean, wasn’t that why the individual healthcare market was blown up, 11,000 pages of regulations added to the health-care industry, and lavish subsidies doled out via government “exchanges?” Wasn’t it to cement “the core principle that everybody should have some basic security when it comes to their health care,” as then-President Barack Obama put it?

It’s been more than a decade since that legislation became law, and yet the “basic security” for childbirth still isn’t adequate?

Is that what I’m hearing?

Perhaps we should press the pause button on additional government activism in the private sector until we have an accounting of where our hard-earned money has gone?

Maybe we have a “social responsibility” not to parrot the latest big government paternalism but rather to demand accountability from our political leaders for misleading us on the legislation that they’ve already passed and failed to deliver on?

Those demands, however, may cast unfavorable light on progressive governance, and that may stymie future legislation intended to enlarge the size and scope of federal power.

So, no accounting or accountability.

In its place, Christianity Today irresponsibly lands on the side that America needs “greater social safety net spending,” emphatically stating, “Yes, some of these solutions must come from the government.”

Fine. But I have more questions.

Is Christianity Today unaware of an anti-poverty system called Medicaid, which was started nearly 60 years ago specifically to address the financial hardships of impoverished women and children, including the costs associated with maternity care?

If the editors are going to make the argument that single women require rolls of taxpayer cash as ransom money so that they don’t abort their babies (which is a terrible argument to make in the first place), then why isn’t the publication calling for an investigation into Medicaid, a program whose entire existence is to provide the “social safety net” that they say is lacking?

In fiscal year 2020, for example, taxpayers dumped $660 billion into that government kitty.

How much more money should taxpayers cough up for Medicaid to ensure that the promise of an acceptable “social safety net” is realized?

And when is the expiration date on this program if the stated promise is never realized?

Suckers! There is no expiration date!

Christianity Today just expects that you will have faith — faith in bureaucracy — that the good intentions will work out this time:

“With Roe gone, conservative Christians must move beyond instinctual reticence to certain government programs. This is an all-hands-on-deck moment for the pro-life movement. Let’s answer the call, in thought, word, and deed.”

To be clear, this guy doesn’t want to “answer the call.”

As far as we know, he’s not digging into his wallet to aid low-income moms, but rather insisting that the federal government dig into yours — by force.

Putting that inconvenient fact aside, how many more taxpayer-funded efforts would “answer the call?”

That’s too bad because an honest review of the welfare industrial complex in America would reveal that government intervention itself has played a leading role in swelling costs and creating pernicious cycles of dependency.

This brings us to the second “post-Roe” policy that Christianity Today endorses as a way to coax mothers into keeping their unborn babies alive: to “expand and reform the Child Tax Credit.”

“The Biden administration’s temporary expansion and transformation of the Child Tax Credit (CTC) in last year’s pandemic relief package was the biggest tangible boon to American families in decades. Families received several monthly payments based on how many children they had…[which] unequivocally helped lift children and families out of poverty.”

This “expansion,” part of Joe Biden’s COVID assistance bill in 2021, increased the refundable tax credit from $2,000 to $3,600 per child for qualifying families, which included families who didn’t pay any income taxes at all.

It was “free” money.

Beside that “free” money, do you know what else these families received as part of Joe Biden’s $1.9 trillion spending extravaganza?

All essential household items are now more expensive for Americans — gas, rent, groceries, you name it. So much so that consumers “have begun turning to dollar stores as alternatives to grocery stores as the prices for necessity items such as food have soared.”

But many families don’t have a choice.

Inflation has taken a massive bite out of their paychecks. Real wages — that is, the spending power associated with a salary or wage — are down.

Thus, Dollar General it is.

And here we have Christianity Today advocating for more of the same. Scratch that… they want to “expand” this policy, which will end up hurting the very demographic that they aim to help.

Columnist Jason Riley calls this type of ideological blinder “progressivism ahead of pragmatism.”

Under these “blinders,” the Church and the family — which are the biblical blueprints for addressing the immediate physical needs of individuals — take a back seat because financial capital is displaced through compulsory taxation.

The byproduct is that faceless bureaucrats are tasked with “fighting poverty,” whose very jobs and yearly budget incentivize them never to address the root cause, which, most notably, is fatherless homes.

If that sounds harsh, take a guess at how much money this country has burned through on alleviating poverty since the infamous “war on poverty” began in 1964?

I know it’s easy to glance over at a number as obscenely high as $22 trillion, but to put it in perspective, $22 trillion is “three times the cost of all military wars in U.S. history since the American Revolution.”

The percentage of Americans dependent on “public welfare” actually increased from where it stood when the “war” launched almost six decades ago.

As the Wall Street Journal detailed,

The “war” failed by its own metrics, which was to generate a culture of self-reliance — to render “taxpayers out of taxeaters,” as President Lyndon B. Johnson pledged with his grand vision.

What all this means is, to push for more government wealth transfers in any area despite the overwhelming evidence that such domestic policies have been both harmful to the economy and the long-term financial independence of its recipients is to enable more bad governance and unaccountability.

We have a responsibility to ensure that, not only are we using our own power and resources prudently for His Kingdom, but that government officials — who are described in Romans 13 as God’s ‘servants for our good’ — are doing the same with their power and resources, which, lest we forget, are derived from us.

The biblical principle of “stewardship” applies to them, too.

Yet the blunt fact is, politicians are not good stewards. They are awful stewards of our money and trust and shouldn’t, in a sane world, be rewarded with a penny more to “solve” a problem that they’ve been supposedly “solving” for 60 years now.

Not even a pinky swear will suffice this time.