One (nearly) ironclad rule of politics is that people won’t vote for what they don’t understand. This is why name recognition is so important in state-level elections in particular.

If voters, who are usually rushing to the polls before work or trying to squeeze it in on the way home afterward, can’t understand what they are being asked to vote on, they will just instinctually vote no. This is particularly true of direct democracy-style ballot measures, such as state-level constitutional amendments.

While this isn’t the only explanation for what happened in Kansas this past Tuesday when a pro-life measure was defeated, I think it’s significant. If I was a betting man (and not a good Southern Baptist) my money would be on “mass confusion” as the primary reason behind this apparent setback for the pro-life movement in a post-Roe world.

Here is the text of the proposed “Value Them Both” amendment:

“§ 22. Regulation of abortion. Because Kansans value both women and children, the constitution of the state of Kansas does not require government funding of abortion and does not create or secure a right to abortion. To the extent permitted by the constitution of the United States, the people, through their elected state representatives and state senators, may pass laws regarding abortion, including, but not limited to, laws that account for circumstances of pregnancy resulting from rape or incest, or circumstances of necessity to save the life of the mother.”

Did that make sense to you? If not, it doesn’t mean you’re slow. I’ve read thousands of pages of legislative text in my life, during my time working in Congress and doing legislative affairs for the Executive Branch, and this is one of the more convoluted paragraphs I’ve ever come across.

Which, frankly, is a real shame. Despite the wonky wording, it was a good amendment. If passed, preborn lives would have been saved.

The purpose of the amendment was to nullify a 2019 ruling by the Supreme Court of Kansas which held that the Kansas Constitution’s Bill of Rights protected the “right” of women to seek abortions. This means that even with the Supreme Court of the United States overturning Roe v. Wade, in states like Kansas they can’t just pass a law banning abortions — they have to change their constitution. This amendment would have done just that, paving the way for the Kansas legislature to take efforts to end abortion in the state, which is currently legal up until 22 weeks.

Ultimately, the amendment was defeated by a vote of 59 percent to 41 percent. As Eric Teetsel, former president of the Family Policy Alliance of Kansas, explained:

“According to data from the Kansas Secretary of State, 463,592 Republicans voted for one of the two candidates in the Republican Senate primary race on the same ballot as the constitutional amendment, but “YES” received a total of just 374,611 votes. That means at least 89,000 Republicans either voted “NO” or abstained.”

In his article at World Opinions, Teetsel teases out some other electoral considerations that contributed to the amendment’s defeat. His analysis is sound. To be clear, I don’t think “confusion” is the monocausal explanation, but rather a big piece that hasn’t been addressed as much elsewhere.

Teetsel points out the highly aggressive campaign by the pro-abortionists to sow confusion and spread alarm about the amendment. And, despite being in many ways a “red state,” Kansas currently has a Democrat governor. The voting base isn’t neatly divided. Teetsel concludes that, when it comes to fighting for life in a post-Roe world, this just happened to be a “perfect storm” of opposition that managed to get the upper hand.

In his article at The Federalist, “Pro-Lifers Need Not Despair Over Kansas Abortion Setback And Here’s Why,” Michael New shared words of hope and encouragement for disappointed pro-lifers after the amendment’s defeat. He also goes on to point out real pro-life wins on the board across the country:

“Since the Dobbs decision, numerous state-level laws have taken effect protecting thousands of preborn children. Furthermore, a recent report by the Guttmacher Institute found that in 11 states where pro-life laws were in effect, 43 abortion facilities were no longer performing abortions. Overall, Guttmacher predicts that protective pro-life laws will eventually be in effect in 26 states.”

I can personally attest to this, bringing you tidings of pro-life cheer from my current state of residence, Kentucky. After some judicial ping pong, on August 1, a Kentucky appeals court reinstated the almost total abortion ban law that went into place after the Dobbs ruling. As it stands today, almost all abortions in Kentucky are illegal. The abortion clinics have closed back down. Lives are being saved today — because of it. This isn’t some political sedative to help ease the pain of the Kansas loss, but the reality on the ground right now, and a cause for great rejoicing.

As the Freedom Center explained, Kentucky also plans to move forward with a constitutional amendment, one that is much clearer and easier to understand than the Kansas amendment:

“In November, Kentucky voters will have a chance to decide on the issue with a ballot amendment referred to as the No Right to Abortion in Constitution Amendment. The proposed amendment reads, ‘To protect human life, nothing in this Constitution shall be construed to secure or protect a right to abortion or require the funding of abortion.’”

That said, let me pivot back to the other “K” state in question. How should Christians respond to the defeat of the “Value Them Both” amendment?

Consider three “Cs” of explanation and two “Ps” of biblical admonishment. First, the text was confusing. And in politics, if you have to explain, you are losing. The lesson? These amendments need to be simple and clear.

Second, the pro-abortion side waged a better-funded and more aggressive campaign against the amendment than it seems the pro-life crowd did in support of it. The lesson? Pro-lifers need to get ready to fight, state-by-state, to secure the end of abortion in the states where it is currently still allowed. Dobbs was a huge victory, but that was just a major battle — it wasn’t the entire war. Pro-lifers need to get organized — and fast.

Third, the electoral politics in Kansas are complicated. The lesson? Pro-lifers need to approach each state on its own, unique terms. A “one-size-fits-all” approach is largely bound to fail. What might win in Oklahoma could lose in Kansas.

If we are serious about saving the thousands and thousands of preborn babies who still live under the threat of at-will abortion — growing in the womb with a Planned Parenthood scalpel hanging over their precious little necks like the sword of Damocles — then we must work to be clearer, to campaign better, and to consider the electoral complications we face in each state.

Now for a biblical admonishment consisting of two “Ps.” First, we must persevere. In Proverbs 24:16 we read that “for though the righteous fall seven times, they rise again.” Christians, conservatives, and pro-life allies must rise again after this setback. Indeed, there is no cause, or time, for despair. We must keep pressing forward. We only lose if we quit — so don’t quit.

Second, we must pray. Psalm 127:1 reminds us that “Unless the Lord builds the house, those who build it labor in vain.” We are trying to build a “pro-life house” here in the United States, but unless the Lord blesses our work, it will be in vain. Therefore, we must appeal to God, in prayer, asking Him to give us wisdom and, ultimately, success. Proverbs 16:33 tells us that “The lot is cast into the lap, but its every decision is from the LORD.” In the same way, every vote is cast at the ballot box, but the final decision is directed by the Lord.

It was God’s sovereign will that this Kansas amendment would fail. And even if we can’t always trace the purposes of His hands, we can always trust His heart. God only, ever, does what is good, just, and wise. Wickedness may sometimes appear to prevail, but in those moments, we simply need to look to the cross and remember that the life, death, and resurrection of Jesus Christ guarantees life — eternal life — wins in the end.

So, chin up. Put your shoulders back. Prepare to persevere in the pro-life cause. At the same time, be quick to bend your knee in prayer and entreat God to bless the efforts of those striving to “rescue those being led away to death” (Proverbs 24:11).

God is the God of the entire universe. Is He not the God of Kansas, too? Yes, of Kansas too. And we can count on that. 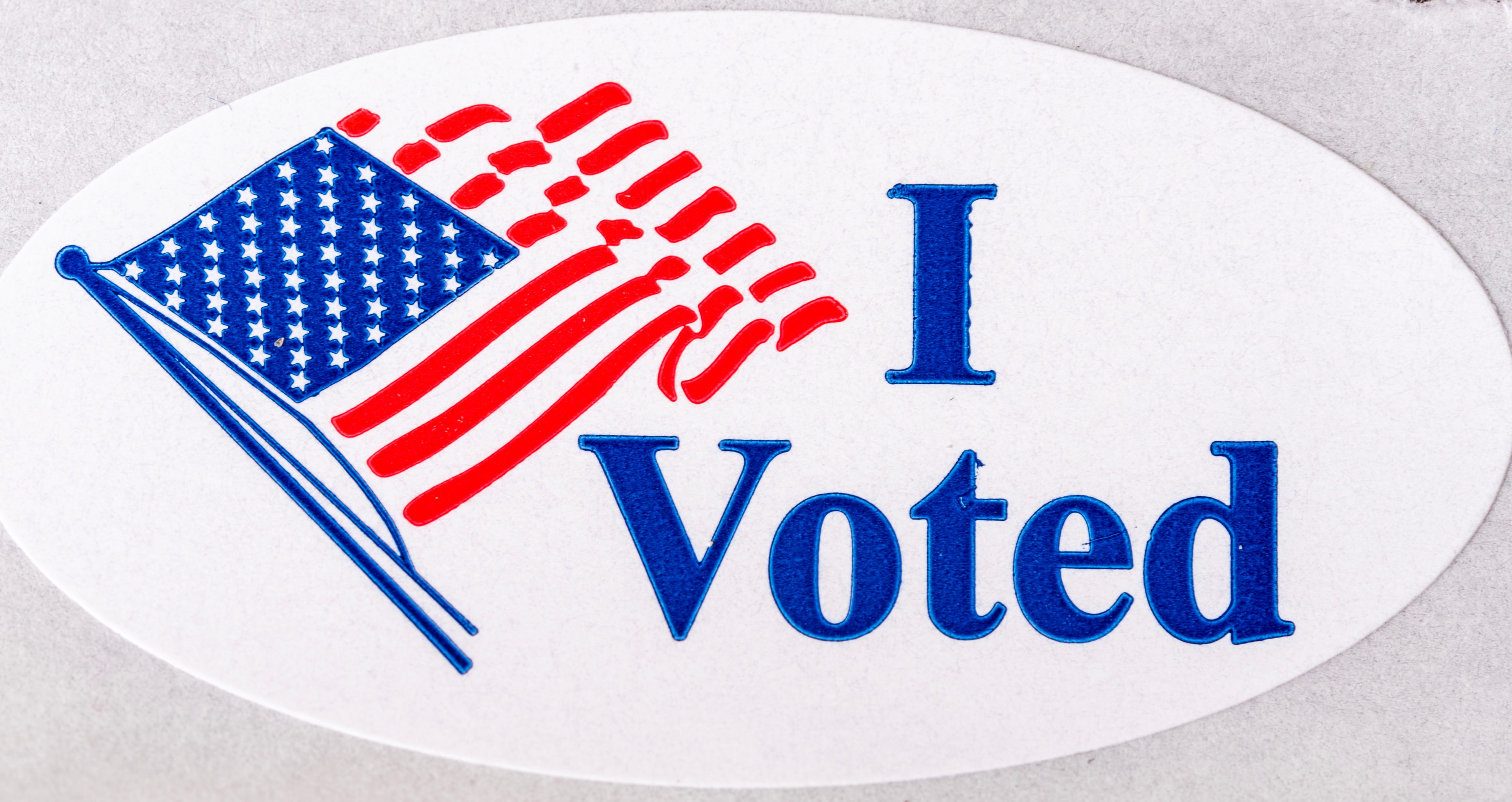 The week’s lesson in the post-Roe battle over abortion: Pro-lifers must do a better job of engaging and inspiring voters 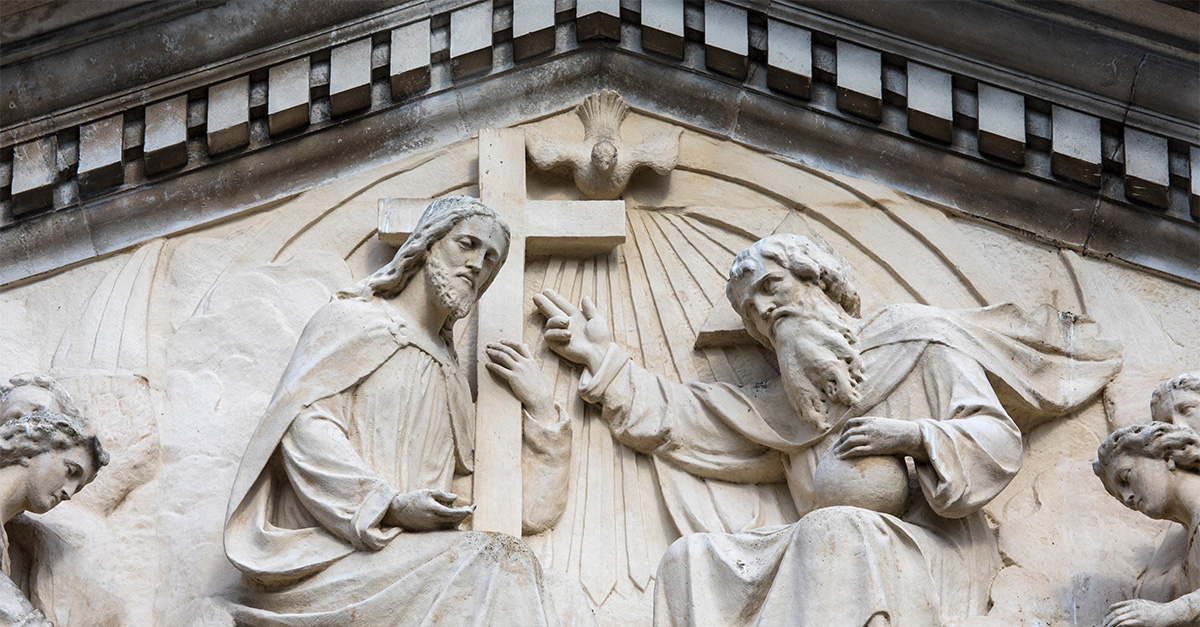 Trinitarian Heresies and Why the Trinity Matters