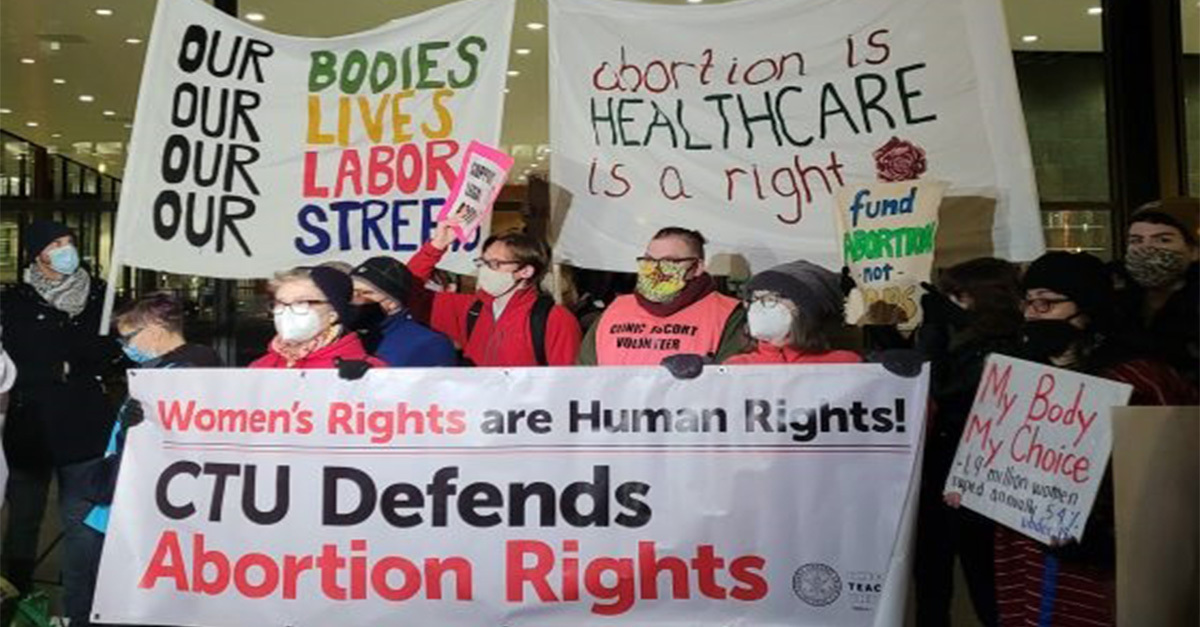 In a sad testimony of just how radical the National Education Association (NEA) has become, its members last week voted to affirm their commitment to abortion.

Yes, the largest teachers’ union in America voted in favor of supporting the legalized murder of future American students.

Now, the stated purpose of the NEA is, ostensibly, “championing justice and excellence in public education.” But apparently, that doesn’t mean justice for all.

Reporting for The Washington Stand, Ben Johnson writes that

“By a nearly three-to-one vote on [last] Wednesday, the National Education Association (NEA) adopted a resolution stating the ‘NEA will publicly stand in defense of abortion and reproductive rights and encourage members to participate in … rallies and demonstrations, lobbying and political campaigns, educational events, and other actions to support the right to abortion.’”

They’re not the only ones, of course. The American Federation of Teachers (AFT), the nation’s second largest teachers’ union, is set to vote on a treasure trove of radical, ideological resolutions when the organization kicks off its biennial summer convention today. Three of these resolutions, to one degree or another, condemn the Supreme Court for overturning Roe v. Wade and sending the abortion issue back to the states. The AFT had long ago confirmed its own commitment to advancing access to unfettered abortion, even resolving at a more recent event that its teacher-members should always “stand up for women’s health and defend, not defund, Planned Parenthood.”

It’s hard to wrap your mind around the idea that a teacher’s union would vote in favor of fighting for the “right” to kill children. It’s not only morally horrific, it’s economically backward. Without children, we don’t need teachers. Without teachers, we wouldn’t have teachers’ unions.

But this is your critical thinking (something they used to teach in schools, by the way) on sin. And this is your politics on the toxic high of the sexual revolution.

Though it’s shocking, it’s not surprising. The reality is that both the NEA and the AFT have been nothing more than corrupt, godless, progressive political action arms for a while now.

“The NEA spent $25 million of members’ dues on campaign donations in the 2020 election cycle, overwhelmingly to Democrats. The three-million-member teachers union receives most of its dues from public school teachers, who in turn receive their salary from taxpayers.”

They clearly aren’t hiding their commitments.

In fact, in the text of the resolution itself, the NEA argued their support for abortion was because it “is a social justice union that is a majority female and trans and gender non-conforming folx [their word].”

And in her keynote address, NEA President Becky Pringle loudly and proudly proclaimed, “As we have for decades, we will fight tirelessly for the right to choose [that is, to abort babies].”

It’s one thing when street activists are telling people to “shout their abortion.” It’s another altogether when it’s the president of the nation’s largest teacher’s union.

She went on to proclaim that “We will say gay! We will say trans!” — and the NEA did just that, voting as well to oppose the very reasonable “Parental Rights in Education” law (or the “don’t say gay law” as coined by progressive) passed in Florida under Gov. Ron DeSantis. It should be noted that they’re saying “we will say gay” in defiance to “don’t say gay,” which, again, is something progressives made up. They’re literally making up false narratives so they can have something to refute.

If this is what they say in public, can you even imagine what committed NEA teachers (aka social activists) are saying behind closed doors in the classroom?

It’s been obvious for some time now, but this last convention makes it painfully clear: The NEA is no friend of teachers, parents, or students — and they are certainly no friend of Christians or of God.

This means it’s time for Christian teachers to stop being friends with teachers’ unions.

The time has now come (if it hadn’t already) for all Christian teachers to resign from the NEA, the AFT, and other like-minded teachers’ unions and stop paying dues to support these anti-reason, anti-life, and anti-God organizations.

In the New Testament, we see that Christians are commanded to “Live as children of light (for the fruit of the light consists in all goodness, righteousness, and truth) and find out what pleases the Lord. Have nothing to do with the fruitless deeds of darkness, but rather expose them” (Ephesians 5:8-11).

That command has a two-part nature to it. First, we are to “live as children of light,” pursuing goodness, righteousness, and truth. Does the NEA’s rapid support for the slaughter of the unborn sound like “light” or “goodness, righteousness, and truth?” Of course not. No, the NEA’s commitment to supporting abortion sounds far more like the people that God condemns in Isaiah 5:20, saying “Woe unto them that call evil good, and good evil; that put darkness for light, and light for darkness; that put bitter for sweet, and sweet for bitter!”

The second part of the command is to “have nothing to do with the fruitless deeds of darkness, but rather expose them.” In order to expose deeds of darkness, we must first come out of the darkness. Then, once separated, we can turn around and shine the light back on the evil for all to see — with the goal of putting an end to it. For Christian teachers who are dues-paying members of the NEA that means it is time for them to leave.

Teachers who do leave the NEA over their heinous positions on abortion and LGBT indoctrination should consider doing so just as loudly as their president proclaimed her support for these sins.

It’s one thing when Christians are unwitting members of organizations that are doing evil things with their membership dues. It’s another when organizations make their support for such godless policies, like on-demand abortion, as publicly known as the NEA did last week.

There is no way around it: To continue to pay dues to the NEA is to explicitly support their pro-abortion and pro-LGBT indoctrination agenda.

If you are a Christian public school teacher, and you are part of the NEA, the AFT, or other teachers’ unions, know that you can trust God to provide for you even if leaving means losing certain benefits or representation.

Because when it comes to children, both born and unborn, we know that God has a special concern for their well-being (Matthew 19:14) and a special fury for those who mistreat them and lead them astray (Matthew 18:6).

Amazingly, the NEA continues to claim that they believe “every student in America, regardless of family income or place of residence, deserves a quality education.”

But after their annual convention, we know that they don’t really believe that. They don’t even believe that every future student in America deserves the right to life.

Their explicit support for the polar opposite of one of the Ten Commandments, “You shall not murder” (Exodus 20:13), means that Christians can no longer have any fellowship with their deeds of darkness.

If that wasn’t enough (and trust us, it is), their support for leading children astray down the dark and wicked path of sexual sin is further reason to cut ties with an organization that is having a millstone prepared for its neck even as you read this piece.

We hope this serves as a wake-up call to all Christian teachers out there who are currently dues-paying members of the NEA, the AFT, and other radical teachers’ unions.

The time to quit has come. Take your money, your time, and your energy elsewhere — to other organizations that support the right to life for all of our nation’s students, even the ones who haven’t yet been born. 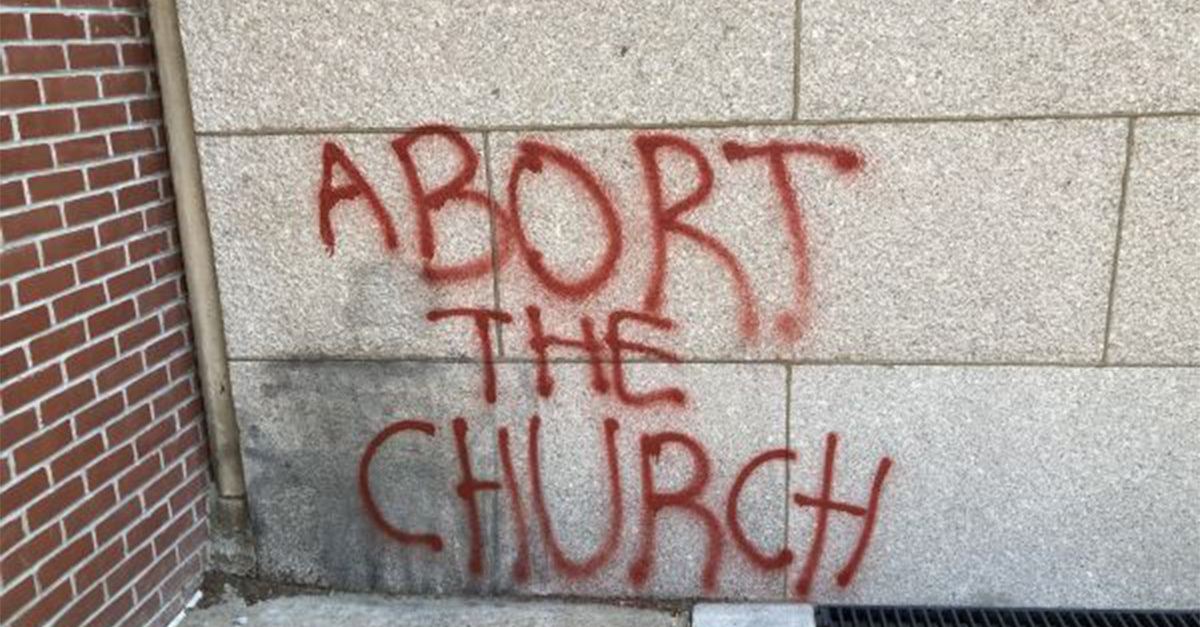 Yes, Christians Are Being Persecuted in America. Here’s How We Can Respond.