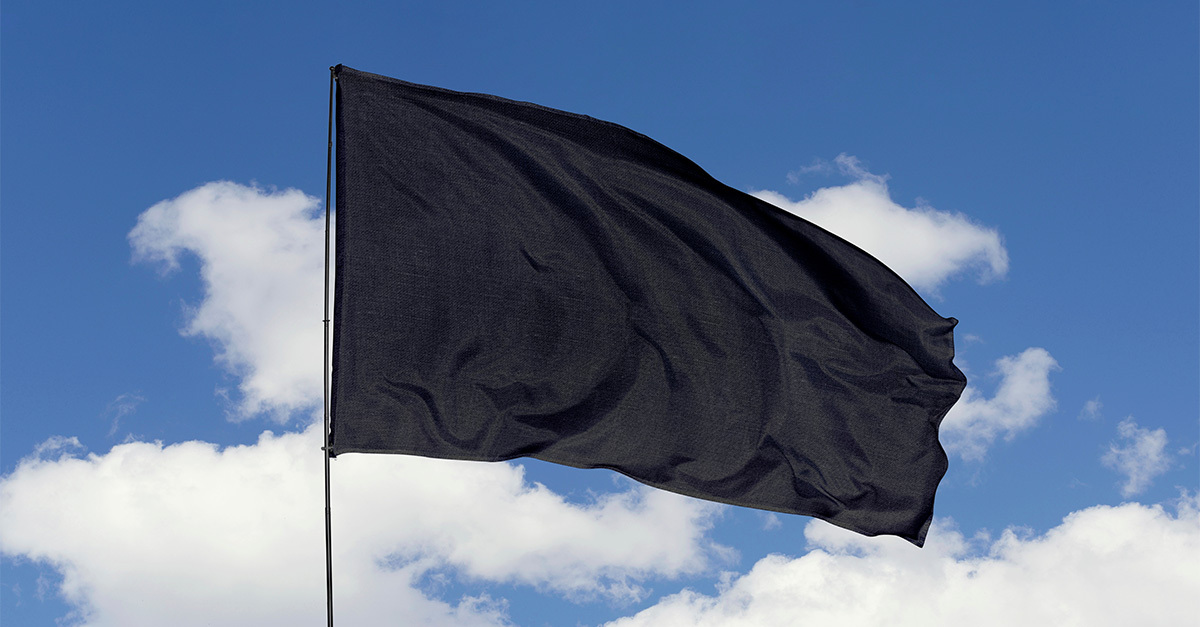 Paint It Black: Mourning the Month of June

June. It’s here. In all its rainbow glory. Or should I say shame?

Woke corporations have already changed their profile pictures (except in the Middle East, of course) to incorporate the rainbow colors now so indelibly associated with “Pride Month” — our decadent culture’s 30-day-long celebration of homosexuality. Even more embarrassing, U.S. embassies and government buildings are flying the rainbow flag right underneath Old Glory’s red, white, and blue. And, to add insult to injury, even the U.S. military is flying new colors this month, displaying allegiance to the zeitgeist through a photo of a combat helmet outfitted with a rainbow array of bullets.

For the next month, our nation will loudly and “proudly” announce its support for sin by flooding every conceivable consumer marketing space with the red, orange, yellow, green, blue, indigo, and violet symbol of homosexuality.

Speaking of flooding, what makes this month’s symbolism even worse is that it does so by stealing a sign that was designed by God Himself to serve as a reminder of His grace and forbearance with mankind — despite their sin.

The rainbow was meant to be a sign of God’s covenant, not a symbol of mankind’s corruption. But sin spoils everything it touches, even the colors of grace.

Sin is never something worth celebrating. It’s certainly never something to be prideful about. As Christians, we believe this not because we think we are better than anyone else nor because we want to look down on the LGBT community — not at all. We know this because we have been given the grace to realize that sin leads to death (Rom. 3:23). What, then, is the right response to death? Or the threat of death and judgment? It’s sobriety. It’s humility. It’s mourning.

It’s what the king of Nineveh did when he heard the prophetic words of God’s judgment from Jonah: “Forty more days and Nineveh will be overthrown” (Jonah 3:4). What was his response? We read that “when Jonah’s warning reached the king of Nineveh, he rose from his throne, took off his royal robes, covered himself with sackcloth and sat down in the dust” (Jonah 3:6).

Those royal robes would have been splendid. Regal. Colorful. Maybe even rainbow-hued. And yet when the king of Nineveh heard that death was coming to his people — and specifically death for their sin — he repented in sackcloth and ashes. The Ninevites weren’t prideful in their sin, they were humble.

America could stand to take a page out of the playbook from the city of Nineveh right about now.

There’s an old Rolling Stones song named “Paint it Black,” with lyrics that go: “I see a red door and I want it painted black. No colors anymore, I want them to turn black.”

As I survey the rainbow flags flying, I have the same desire. I want them to turn black. Not because I don’t care about my fellow Americans who are gay and lesbian, but precisely because I do care.

I care that they are trapped in a lifestyle of rebellion against God’s good created order. I care, deeply, that they live in a society that has taken a sin and turned it into an identity, further confusing the entire issue. Stop and think for a moment: What other sin have we turned into an identity and then demanded that everyone celebrate it? There’s no “alcoholic” pride month celebrated under the banner of Bud Light; quite the contrary, we have “Alcoholics Anonymous.” There’s not an “adultery” pride month; quite the opposite, those who cheat on their spouses tend to be silent and secretive about their affairs — they don’t shout it all over social media.

Yet the sexual revolution has led us down a road which ends here, before the rainbow Baal of our culture: The mandatory, annual celebration of sexual immorality and homosexuality.

My heart breaks for those who have bought this lie. For those who are pursuing paths contrary to their nature and in contradiction to the real goods of a life lived in acceptance of our embodied ends as men and women. Romans 1 leaves no room for doubt about what God thinks of the pursuit of homosexual relationships. Paul writes that sinful man “exchanged the truth about God for a lie, and worshiped and served created things rather than the Creator” (Rom. 1:25).

Because of this rejection of God, Paul recounts that He “gave them over to shameful lusts. Even their women exchanged natural sexual relations for unnatural ones. In the same way the men also abandoned natural relations with women and were inflamed with lust for one another. Men committed shameful acts with other men, and received in themselves the due penalty for their error” (Rom. 1:26-27).

The Bible doesn’t pull punches when it comes to addressing sin, sins of all stripes — even of the rainbow variety.

If Romans leaves no doubt about God’s view on homosexuality, Proverbs leaves no room for doubt on what God thinks about pride. Proverbs 16:18 reminds us that “pride goes before destruction, a haughty spirit before a fall.”

As we stare down the coming month, we must steel ourselves to our commitment to refuse to celebrate these sins — both the sins of the LGBT movement and the sin of pride. There is no middle ground here. You can’t be a faithful Christian and fly the rainbow Pride flag — not this one, anyway. But you can remember that the rainbow actually stands for God’s grace. Then you can reflect on how, outside of God’s grace, sin leads to death. Death demands mourning. The threat of death insists upon repentance. Repentance should be sought in sackcloth and ashes. In black. It may be a small act of cultural rebellion, but perhaps the Christian community should seriously consider making it a regular practice to wear black in June.

Because if we don’t repent, we will find ourselves under the true colors associated with flagrant homosexuality in the Bible. Not the rainbow of grace, but the black and red of fire and brimstone and the dense gray of smoke from the judgment God poured out on Sodom and Gomorrah (Gen. 19:24-29).

So, this June, let’s paint it black. Let us mourn for this month, which our lost and hurting society has dedicated to the glorification of sin. But let us not mourn without hope nor grieve without the Gospel in our mouths, ready to share it with anyone and everyone we may encounter, regardless of whatever colors they’re wearing.

Let’s also reflect on what we can, what we must, do as Americans to turn back the tide of debauchery that has flooded our public square. There is a difference between liberty and license. The LGBT movement is one of severe, acidic license which threatens to eat away at the final sinews of a common morality holding our country together. There is no contradiction between loving our neighbors by both sharing the Gospel with the lost and then voting to keep blatant sexual immorality out of the public eye. Christians can walk and chew gum — we can love in word and deed.

While we resist the culture, let us also make moves to reclaim the rainbow as a sign of God’s grace. Perhaps we start that by wearing black as a sign of public mourning for our national sin. For we know that the colors we all need most are the red of Christ’s blood poured out for sins on the cross and the white of His righteousness which covers over all of our sins. Mourning may last for a night, but joy can come in the morning (or in July) for all those who repent of their sins and turn to Christ for salvation. 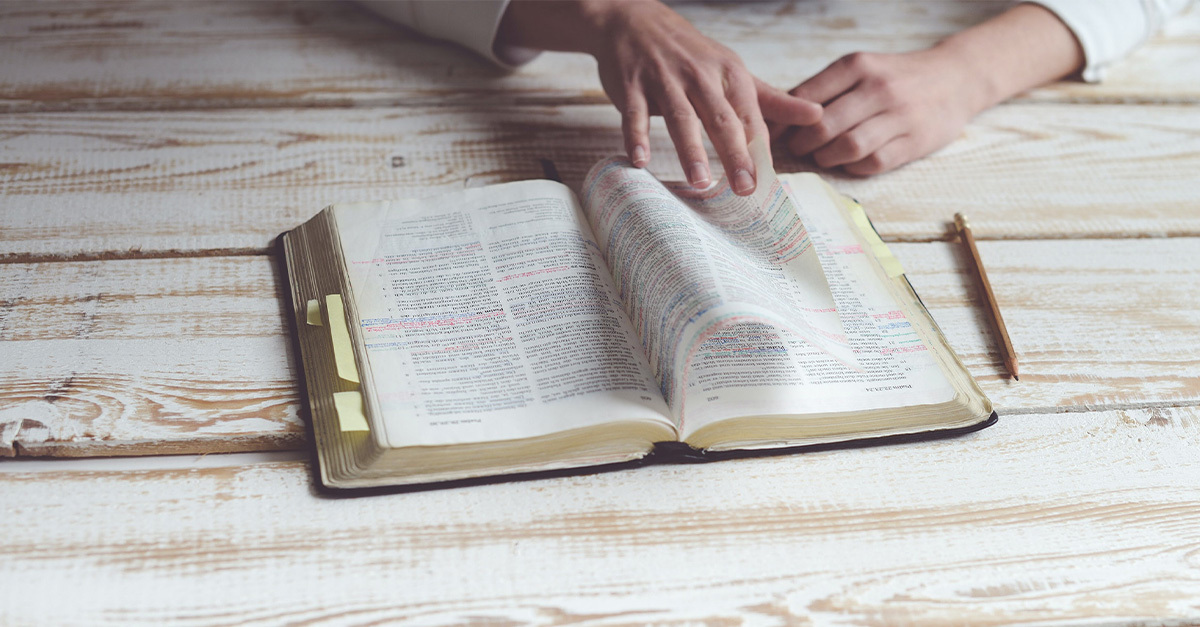