Christian legal firm Liberty Counsel has filed a class-action lawsuit against the Biden administration and Department of Defense (DoD). The lawsuit comes in response to the impending vaccine mandates for service members, DoD contractors, and federal employees.

• The lawsuit is joined by several Navy SEALs, members of the Marine Corps, Army, Air Force, and Coast Guard, and many DoD employees and contractors.

• The lawsuit stems from the fact that service members and federal employees are not, at this point, offered religious exemptions.

• Mihet said that the FDA-approved Pfizer vaccine is not yet available, and the vaccines that people are receiving are still under emergency use authorization and thus cannot be mandated.

In an exclusive interview with the Freedom Center, Harry Mihet, Liberty Counsel’s chief legal counsel, sat down with the Center’s editor-in-chief John Wesley Reid to explain why they’re filing this lawsuit and what they expect to come from it.

Mihet continued to explain how the absence of religious exemptions goes against historical laws.

“Our latest lawsuit is being filed against President Biden and the Department of Defense because they have imposed this COVID-19 vaccination requirement on members of our military and on federal employees, and they have refused to provide them with religious accommodations, with religious exemptions, something that has always been around for many, many years and decades, something that is enshrined in our laws. Now when we get to this particular vaccine, all of a sudden people can no longer be tolerated or accommodated for their convictions and their beliefs. And so we find ourselves in court and we hope that freedom will prevail.”

A Power Grab at the Expense of National Security

When Biden announced the DoD vaccine requirement in August, the main talking point was “combat readiness.” However, with this draconian-style requirement of a vaccine, which, unlike the yellow fever vaccine or the anthrax shot, does not relate to a specific mission or global theater, many service members are seeing no other option than dismissal,  and many of these service members are among our elite units.

Mr. President, compromising the posture of your special operations units is perhaps the worst strategy in advancing combat readiness.

Elite forces are just that — elite. Thus, they are a small community within America’s defense ranks, but given the fact that several special operatives are filing suit, it can reasonably be assumed that they speak for many more elite fighters who are unwilling to receive the vaccination. If President Biden’s vaccine requirement is sustained, this could mean that America’s armed forces will lose a large chunk of their most elite warriors, those called upon to conduct top-secret clandestine operations that save the lives of our allies abroad and preserve national security at home.

Potential Outcomes of the Lawsuit

Mihet told Reid that the judicial battle will begin at the U.S. Distrcit Court of the Middle District of Florida in Tampa, Florida. The firm is hoping for a quick route to the U.S. Supreme Court in its effort to create a large-scale example of keeping over-reaching policies at bay.

“What we hope will happen is that we will recieve a very quick hearing on a TRO, a Temporary Restraining Order, and a preliminary injunction that we’re going to ask the court to enter in order to provide immediate relief, an immediate stop to this nonsense even while the case then takes many, many months to play out and to litigate. “

Mihet then explained the course of action if the U.S. Distrcit Court does not grant the injunctive relief.

“Fortunately, the law provides for immediate appeal from the denial of an injunction. And so, we’re able to go from the lower court in Tampa where we’re going to be filing this to the 11th Circuit Court of Appeals in Atlanta and then hopefully to the Supreme Court in a very short span, because time is not on our side or on the side of our service members here. These deadlines are kicking in very, very soon and their freedom is literally on the line.”

While America is blessed to have firms such as Liberty Counsel standing up for the civil rights of America’s service members, it’s a shame that they are the ones fighting this battle and not military leadership. Yes, I’m calling out military leadership for their sheepish, careerist, “yes sir” mentality when they should be the first to stand up and boldly refuse these freedom-robbing requirements. As a veteran myself, I have the utmost respect for top-brass and their preservation of our nation’s security. But when your career becomes about you, so much so that it comes at the expense of others, it’s time to retire. 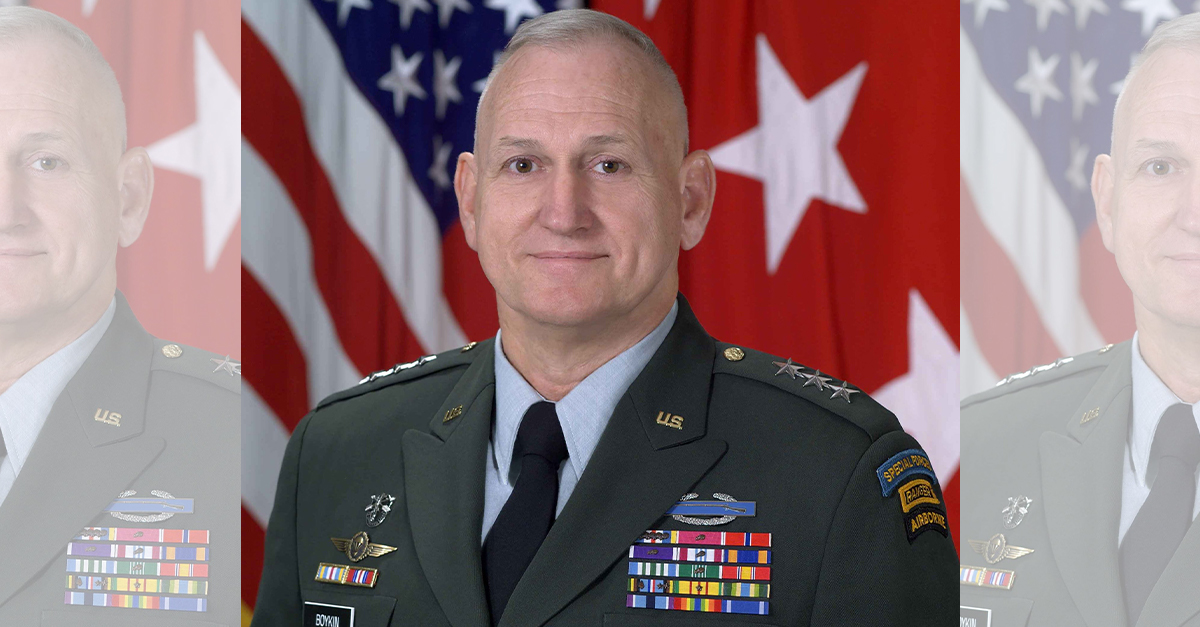