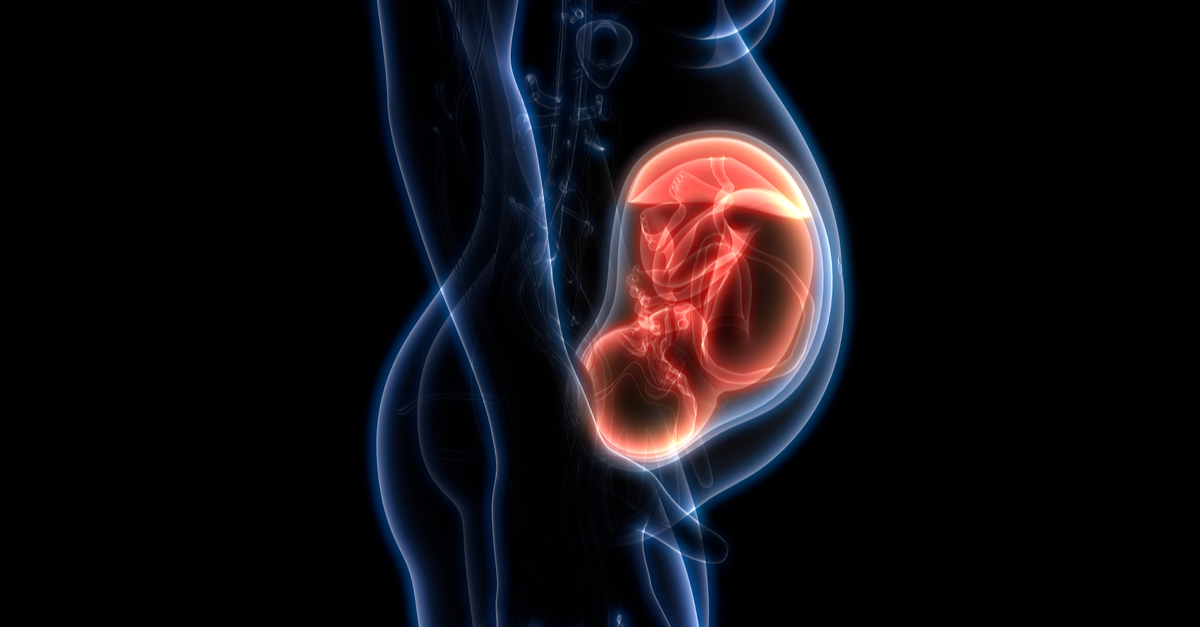 Defending the Personhood of the Fetus – Part Two: Doubt

In part one of this series, we examined the pro-choice claim that the unborn is not a person, and we called this an argument from denial because it explicitly denies the personhood of the unborn. In response, we used the SLED test to show that there is good reason to believe that denying the personhood of the unborn requires one to make dubious distinctions between unborn and born persons.

P1: If we do not know that the unborn is a person, then abortion is morally justified.

P2: We do not know that the unborn is a person.

Does the conclusion follow from the premises? Does uncertainty with respect to the unborn morally justify abortion? It does not seem so. In fact, just the opposite seems to be true. Skepticism about the personhood of the unborn seems to count against abortion, not for it. In order to see this, we turn to a powerful (but seldom used) technique called the abortion quadrilemma.

First devised by renowned Christian ethicist Peter Kreeft, the abortion quadrilemma posits four ethical alternatives with respect to abortion and the uncertainty of the personhood of the unborn. It is a way of using formal principles of logic to show that abortion is not morally justified.

Before diving directly into Kreeft’s abortion argument, we should consider a hypothetical scenario having nothing to do with abortion as this will assist us in illustrating, objectively, why skepticism does not morally justify abortion.

Suppose two people are driving down a dark country road one evening on their way to a friend’s house. They suddenly come upon a large human-shaped object lying motionless in the middle of the road. They cannot drive around the object because it blocks most of the road. They see no signs of life. They see no one else around. There is no cell service. They are left with three options:

The driver honks, but no movement. The car creeps forward and still no movement from the human-shaped object. The situation seems uncertain, perhaps even dangerous. Is this a person? Are they hurt? Are they dead? Or worse, is it a trap? As they ponder these questions, the driver makes an executive decision to accelerate and run over the object. After a couple of bumps, the car clears the object and they are safely on their way again. The passenger looks at the driver in shock and asks, “What are you doing? You might have just killed someone!” To which the driver coolly responds, “Well, I didn’t know if it was a person, so don’t worry about it.”

What is wrong with the driver’s action? The answer is simple: The driver may have just run over a human being, one that may have needed their help. The driver did not know whether or not the object in the road was a person, but would his lack of knowledge justify his action? Probably not. In order for his actions to be justified, he would have needed to verify that the object either was not a person or was a mortal threat to his own life. If he could not rule out either of these cases, then his actions would be morally irresponsible.

To demonstrate why the driver acted irresponsibly, we can simply use the quadrilemma technique. 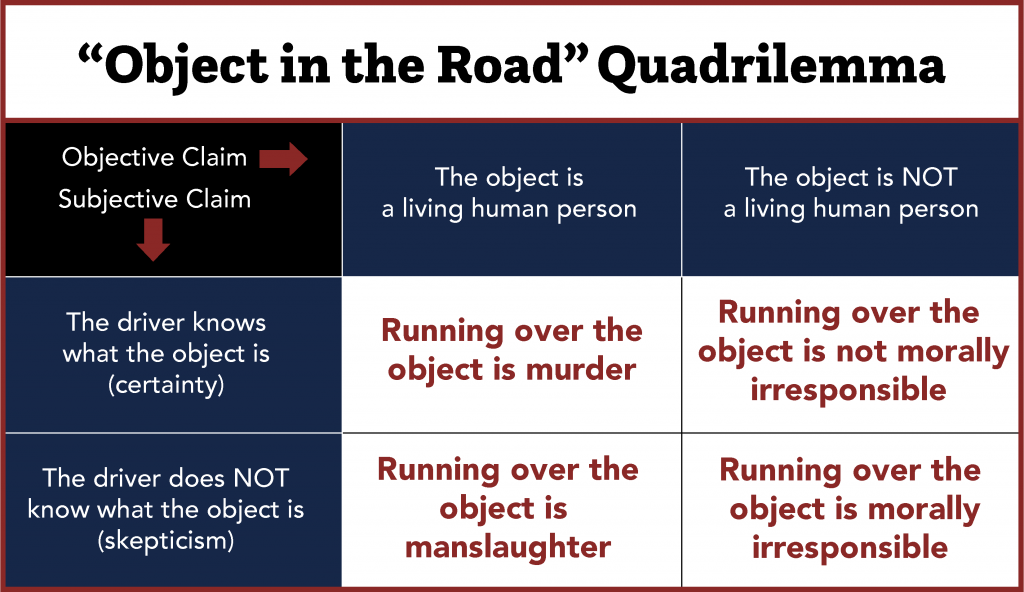 Most people acknowledge that human beings have a moral duty not to endanger other persons and to be reasonably certain that one’s actions are not endangering other persons. Hence, most people can easily ascertain why the driver’s action is morally irresponsible: He did not have reasonable certainty that the object in the road was not a person.

The Pro-Life Argument from Skepticism

Turning to the issue of abortion, we can ask whether uncertainty with respect to the personhood of the unborn is enough to justify abortion. Recall that the pro-choice argument from skepticism requires one to assume that unless we know that the unborn is a person, then abortion is morally justified. However, if we apply this assumption to the scenario of the driver, we see why this assumption is untenable. Should we have to know that the object in the road is a person before we can question the driver’s actions? Of course not. If uncertainty does not prevent us from questioning the driver’s actions, then should it prevent us from questioning the morality of abortion? The answer is: No, it should not. In order to see this, we should turn to Peter Kreeft’s abortion quadrilemma argument. Notice that only the fourth option justifies abortion; the others do not:

Using Kreeft’s abortion quadrilemma, we can now flip the pro-choice argument on its head and provide a pro-life argument from skepticism: