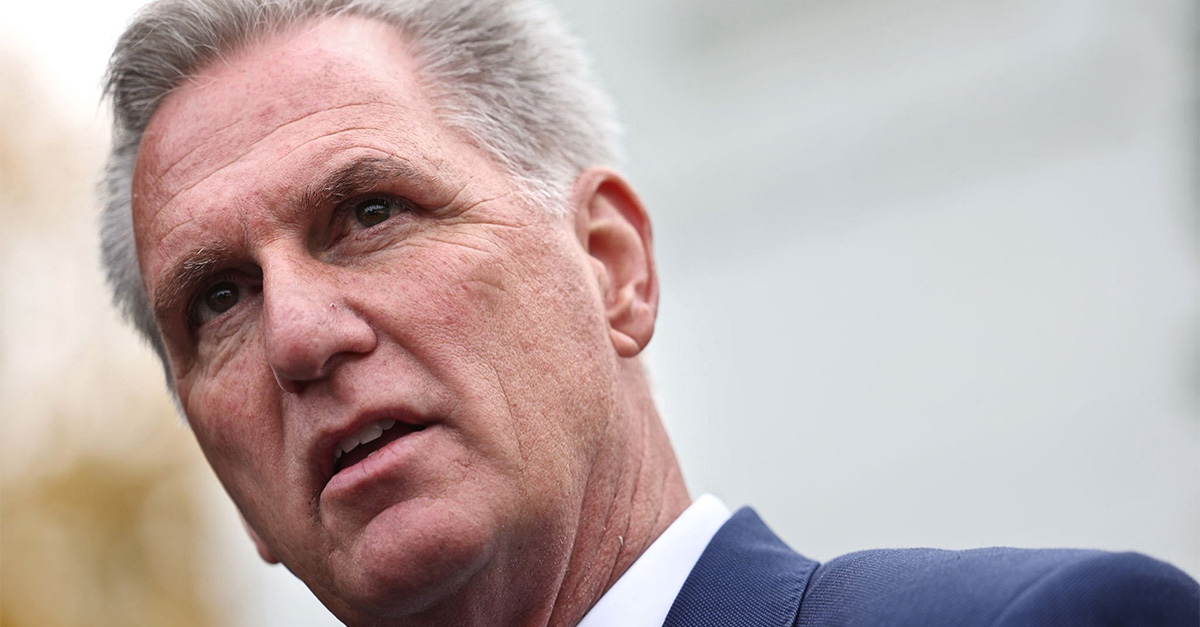 What in the World is Happening in the House of Representatives? An Explainer on the Speaker Vote

Today the House of Representatives convened to continue voting for a new Speaker. They already took a failed 12th vote early this afternoon and will take a 13th vote (and maybe more) in their ongoing effort to elect a new Speaker of the House.

This means that there have been 12 failed votes since January 3, when the 118th Congress first convened. Picking a new Speaker of the House is the first order of business for every new session of Congress. Nothing else can happen until a Speaker is elected. So why the hold-up? What in the world is happening in the House of Representatives?

This article explains what exactly is happening right now — and why all conservative Christians should care deeply about who becomes the next Republican Speaker of the House.

Addressed in this article:

A Brief History of Speaker Elections

A Brief History of Speaker Elections

The House of Representatives is composed of a maximum of 435 members. Article 1, Section 2 of the Constitution sets out the constitutional parameters of the House, including that “The House of Representatives shall chuse [original spelling] their Speaker and other Officers.” Because the Constitution does not specify that the Speaker must be a member of the House, it is understood that the House can elect anyone that it so chooses, even people who aren’t elected Representatives. Historically, it has elected a Member of the House for this role, but this explains why some Members are nominating former President Donald Trump for the position.

According to the current operating procedures, “the Speaker is elected by a majority of Members-elect voting by surname, a quorum being present.” This means that if there is a “full” House of 435 Members present, anyone nominated for Speaker must win 218 votes (by name).

For most of congressional history, Speaker elections have been largely ceremonial events. The party that controls the House as a result of the most recent election votes to elect their chosen Speaker on the first ballot. But, according to the official history of the House, “There have been 14 instances of Speaker elections requiring multiple ballots (the records for the 2nd Congress, 1791–1793, are inconclusive, and the House has filled vacancies in the Speakership three times using a resolution). Thirteen of 14 multiple-ballot elections occurred before the Civil War, when party divisions were more nebulous. The last time a Speaker election required two or more votes on the floor happened in 1923.”

In fact, the longest Speaker election occurred at the start of the 36th Congress in 1855. It took 133 ballots over two months for the House to finally select Nathaniel Banks as Speaker. So, while not unprecedented, a contested multi-ballot Speaker vote is unusual. The last time that the vote went beyond a single ballot was 100 years ago, in 1923. Furthermore, in the last 100 years, there have been only four times that the differential for control of the House has been by less than 10 votes, which makes the margin for victory for the Speaker smaller and harder to overcome when facing any opposition from one’s own party.

What does this mean? It means we are witnessing history. It also means that there are serious divisions within the Republican conference, which currently has control of the House with 222 elected Representatives.

Looking at more modern history, remember that the House just changed hands in 2022. Republicans had controlled the House from January 2011 to January 2019 until Democrats took over after their victory in the 2018 midterm elections halfway through Trump’s presidency. The Democrats kept control of the House in the 2020 elections, but by a thin margin. Then, in November of last year, American voters returned the House to Republicans, retiring former Speaker Nancy Pelosi, D-Calif.

So, it’s a new House with Republicans back in charge. During their time in the minority, the Republican Minority Leader was Rep. Kevin McCarthy, R-Calif. This means he was the highest-ranking House Republican, stepping into that role after Paul Ryan retired from Congress and the Speakership. As such, it would be (largely) assumed that if Republicans regained control of the House, he would become Speaker.

But in order to become Speaker, one must secure 218 votes, or a majority of those present voting affirmatively for a candidate by their name. As the Speaker elections have unfolded over the last two days, McCarthy has only been able to get about 200 votes each time. His Democratic opponent, Hakeem Jeffries, D-N.Y., continues to receive 212 votes. And approximately 20 Republicans continue to vote for other options for Speaker.

The 20 defectors are being led by Representatives like Scott Perry, R-Penn., Andy Biggs R-Ariz., Dan Bishop, R-N.C., Matt Gaetz, R-Fla., Lauren Boebert, R-Colo., Bob Good, R-Va., Chip Roy, R-Texas, and Byron Donalds, R-Fla., and others. You can find a full list here and here. Over the last two days, they have nominated and voted for a variety of different individuals for Speaker, including Rep. Donalds, Rep. Kevin Hern, R-Okla., Rep. Jim Jordan, R-Ohio, and even Donald Trump.

Because these (approximately) 20 Representatives continue to oppose him, McCarthy hasn’t been able to secure the Speakership, even though Republicans have a majority. Now that McCarthy has failed to secure 218 votes 12 times, many Americans are wondering why his party doesn’t wholeheartedly support him for Speaker.

So why are these 20 conservatives refusing to vote for McCarthy? Each of them has different reasons, but the consensus appears to be that it is time for new leadership in the House Republican Party — and this means a new way of doing business and passing legislation in the House itself.

In December of 2022, 7 of the current 20 anti-McCarthy Members sent a “Dear Colleague” letter outlining what any new Speaker must commit to in order to earn their votes. They demand that “As we form the 118th Congress, any GOP Speaker candidate must make clear he or she will advance rules, policies, and an organizational structure that will result in the values listed below.”

In other words, these conservatives no longer trust people like Kevin McCarthy to lead the House in such a way as to ensure an open and fair process on all legislation leading to conservative outcomes. They don’t trust him because, as of the beginning of the Speaker vote, he had not committed to these reforms. They also don’t trust that he won’t cut backroom deals with Democrats and President Biden that undermine the interests of the Republican voters who put them in power.

For more context, in August of last year the House Freedom Caucus, the most conservative voting bloc in Congress, set forward a list of proposals and changes to House rules that they wanted to see the new Speaker commit to before they agreed to back him or her. According to the left-leaning Daily Beast,

“Among the demands are a number of proposals that seem obscure but could actually reinvent Congress: restoring the motion to vacate (the mechanism to remove a speaker); adopting a rule that would allow members to get a vote on any amendment if they get 10 percent of the GOP conference to co-sponsor the proposal (a change that would dramatically weaken the speaker’s stranglehold over legislative products); and formalizing a “majority of the majority” rule (essentially blocking any bill that isn’t supported by most of the GOP conference).

The group is also demanding representation on the powerful Rules Committee, which determines what amendments get floor votes, as well as greater influence over how Republicans choose who runs and sits on committees.”

In order to earn their vote, McCarthy had to commit to these changes, which would ensure that House Republicans fight for limited spending, hold the Biden Administration accountable, defend conservative policies, and ensure that conservatives have equal control of key House Committees and representation on the powerful Rules Committee, which controls how bills and amendments are debated on the House floor. But, as mentioned, McCarthy never agreed to these requests (which many conservatives have argued are reasonable and necessary changes) before the first vote on January 3, 2023. And so for 12 times now, and possibly more, he has failed to secure the Speakership.

Some people are complaining that this is embarrassing or chaotic. But others argue that this is exactly how Congress is supposed to work. The Speaker of the House is an incredibly important position. It shouldn’t be handed to whoever is just “next in line” or has “put in the time,” but should go to a proven, trusted, America First conservative leader who will defend the interests of the electorate base that gave control of the House to Republicans.

The House reconvened on noon Friday, January 6, for a 12th vote. On Thursday evening, The Hill reported that “McCarthy and some of his GOP detractors appeared Thursday to be nearing a deal that would bring him closer to the Speakership, even as his most vocal critics vowed that it wouldn’t be enough to grant him the gavel.”

Whether any such deal can secure McCarthy 218 votes remains to be seen. Some Representatives, like Bob Good, have made it clear that they will never vote for McCarthy, arguing that “For the sake of the American people and the future of our country, Republicans must not settle for Kevin McCarthy” and that “Contrary to what the Establishment elites claim, Kevin McCarthy is not the only person who can be Speaker. We need someone strong who can lead the fight and save the country.”

Many are calling these 20 Republicans opposing McCarthy patriots and heroes. Some, like Dan Crenshaw, R-Texas, have called them enemies, even going so far as to insist (figuratively) that the pro-McCarthy side “cannot let the terrorists win.”

While it’s not clear yet how exactly this will all play out, what is crystal clear is that the House of Representatives, and the Republicans in particular, are finally having a much needed and healthy debate about the future of the institution and the party. Many view McCarthy as representing the status quo — and not in a good way. These 20 Republicans who continue to deny him the Speakership argue that they are doing so not out of personal issues but rather to ensure that the People’s House actually works on behalf of the American people.

Leadership matters. Christians should want the next Speaker of the House to be someone who will fight for righteous positions, like pro-life, pro-marriage, and pro-family policies. Conservative Christians should also hope that House Republicans pick a Speaker who will be committed to investigate and fight against ungodly actions by the Biden Administration over these next two years.

At the end of the day, conservatives should desire a Speaker that will use the House of Representatives for the purposes our Founders intended: as the voice of the people in our federal government. The House is meant to serve as an effective check and balance on the Senate, as well as on the Executive and Judicial branches. Effectively doing this takes courage and uncompromising leadership. We should pray that the next Speaker, whoever it is, will be up to this task. 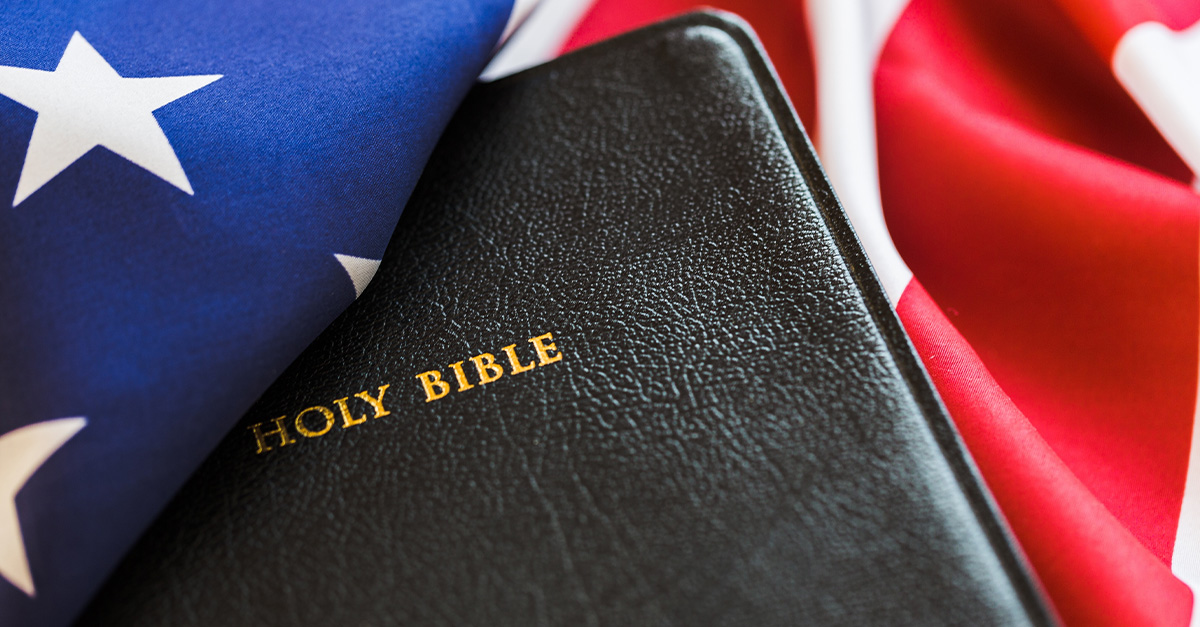