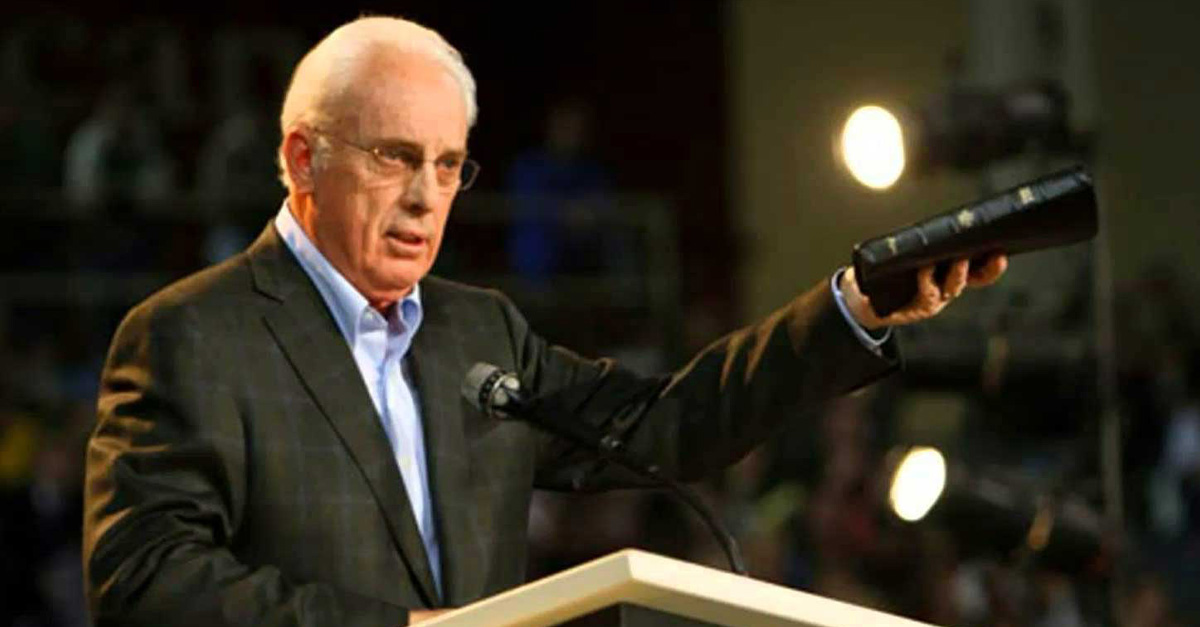 The Prophetic Witness of John MacArthur

If the real prophets of the Old Testament were alive today — Nathan, Elijah, Ezekiel — they would be hard-pressed to find Christian leaders carrying on the speaking-truth-to-power ministry that got most of them killed.

In fact, there’s little doubt that one of the most misused Christian clichés over the last few years has been the phrase “prophetic witness.”

Prophetic witness as a mode of cultural and political engagement has instead become a laughable byword among many true Christians and conservatives. It brings to mind certain men who were far more focused on ingratiating themselves with the Obama White House, and advocating for progressive policies like amnesty and open borders, than boldly proclaiming biblical truth to wicked rulers.

A posture of a “prophetic witness” was deployed like a weapon against the likes of President Trump, but never once used on characters like Hillary Clinton or the most extreme pro-abortion president we have ever had — Joe Biden. Apparently, evangelical “prophets” swallowed their tongue when it counted most.

In short, most men who tried to claim this mantle have been hardly prophetic and have shown even less witness. As I said, the true prophets of the Old Testament would struggle to find men of similar courage today. But it wouldn’t be impossible. In fact, one man who has never been associated with the prophetic witness model recently demonstrated what a real, biblical prophetic witness in the modern era looks like.

While Gov. Newsom has repeatedly demonstrated complete disregard and disrespect for God’s law and values during his time in office, which MacArthur mentions, the letter was provoked by a recent, most heinous move by Gov. Newsom.

“In mid-September, you revealed to the entire nation how thoroughly rebellious against God you are when you sponsored billboards across America promoting the slaughter of children, whom He creates in the womb (Psalm 139:13–16; Isaiah 45:9–12). You further compounded the wickedness of that murderous campaign with a reprehensible act of gross blasphemy, quoting the very words of Jesus from Mark 12:31 as if you could somehow twist His meaning and arrogate His name in favor of butchering unborn infants. You used the name and the words of Christ to promote the credo of Molech (Leviticus 20:1–5). It would be hard to imagine a greater sacrilege.

That’s right. Gov. Newsom used Scripture in his state-sponsored advertisement for murder. He twisted the Bible to defend the “right” of mothers to have their babies twisted apart limb-from-limb in the womb.

MacArthur’s bold clarity in calling out Gov. Newsom for this evil advertisement is exactly what the Old Testament prophets did with evil leaders of their own day. They didn’t mince words when it came to wickedness, but fearlessly told the many failing kings and queens of Israel to forsake their unrighteous ways.

“Ahab said to Elijah, ‘So you have found me, my enemy!’ ‘I have found you,’ he answered, ‘because you have sold yourself to do evil in the eyes of the Lord. I am going to bring disaster on you. I will consume your descendants and cut off from Ahab every last male in Israel—slave or free…because you have provoked me to anger and have caused Israel to sin. And also concerning Jezebel the Lord says: Dogs will devour Jezebel by the wall of Judah.’”

Elijah told Ahab he was doomed to death and destruction for his evil ways and leadership. The same went for his wife — she would be eaten by dogs.

That wasn’t very winsome, but it was prophetic.

MacArthur showed the same spirit in his letter. He reminded Gov. Newsom that God has put him in authority for particular purposes and that Gov. Newsom will give an account to God for how he does — or does not — rule accordingly.

“Scripture also teaches that it is the chief duty of any civic leader to reward those who do well and to punish evildoers (Romans 13:1–7). You have not only failed in that responsibility; you routinely turn it on its head, rewarding evildoers and punishing the righteous.”

By taking this brave step of directly confronting a governing authority, MacArthur not only echoes the Old Testament prophets but other notable figures in church history.

In his recent article Sheep, Wolves, and Fools, James Wood tells the story of Bishop Ambrose, who confronted Emperor Theodosius in his sin. Wood recounts that:

“In AD 390, emperor Theodosius, in a rage, slaughtered around 7000 people. Bishop Ambrose called him to repent, which Theodosius refused, in response to which Ambrose denied communion to the emperor. Eventually Theodosius did repent, accepting Ambrose’s terms for reconciliation, which included the promotion of a law which required a delay of 30 days before any death sentence passed could be enforced. In front of a crowded congregation, Theodosius took off his imperial robes and asked for forgiveness of his sins. Finally, at a church service on Christmas day, Ambrose administered the sacrament to Theodosius.

This was extremely dangerous for Ambrose. But he was faithful to the vocation, and bravely brought harsh love to the powerful church member. We need ministers to lead with this type of clarity, conviction, and courage.”

Clarity. Conviction. Courage. All embodied by MacArthur in this letter.

Another example would be John Chrysostom, who was threatened by the Empress Eudoxia. Eudoxia sought to have Chrysostom removed from his position as Archbishop of Constantinople because she opposed his Christian preaching. When brought before her, Chrysostom stood his ground. It is recorded that she threatened to banish him, kill him, make him poor, or cause him to lose all his friends. To this he replied,

“No, you cannot, for I have a Friend in heaven from whom you cannot separate me. I defy you. For this is nothing you can do to harm me.”

MacArthur recently defied the government himself, again showing a prophet’s courage, when he led Grace Community Church (GCC) to resume meeting during the unjustly administered COVID-19 lockdown orders. MacArthur and GCC proclaimed that they must render to God what is God’s, which meant they would meet for their weekly church gathering in obedience to Christ and Scripture but in defiance of Caesar’s tyrannical mandates. Ultimately, they were vindicated in court for this action for the watching world to see — and they gave glory to God for it.

In this most recent round of truth-telling, MacArthur also made the Gospel crystal clear. He didn’t just call on Newsom to repent; he told him how to repent and where he could find forgiveness: at the foot of the cross of Jesus Christ.

He closes the letter proclaiming:

“Our church, and countless Christians nationwide, are praying for your full repentance. Please respond to the gospel, forsake the path of wickedness you have pursued all your life, turn to Christ, ask for forgiveness, and use your office to advance the cause of righteousness (as is your duty) instead of undermining it (as has been your pattern).

‘Seek the Lord while He may be found; call upon Him while He is near. Let the wicked forsake his way and the unrighteous man his thoughts; and let him return to the Lord, and He will have compassion on him, and to our God, for He will abundantly pardon’ (Isaiah 55:6–7).

Governor Newsom, ‘now is the acceptable time, behold, now is the day of salvation’ (2 Corinthians 6:2).”

Now that’s what prophetic witness looks like. I hope and pray many other Christian leaders will follow in MacArthur’s footsteps — and not those of failed leaders who talked the talk of prophetic witness but never walked the walk — going forward. If a thousand men had courage like this, there is truly no telling what God might do in our nation. 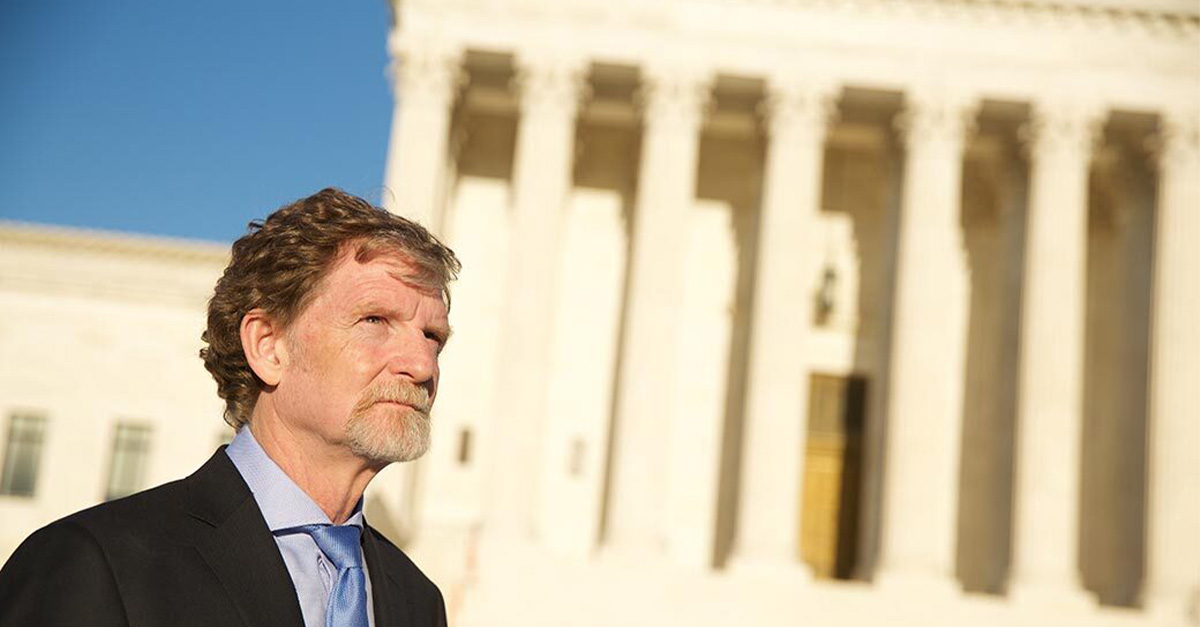