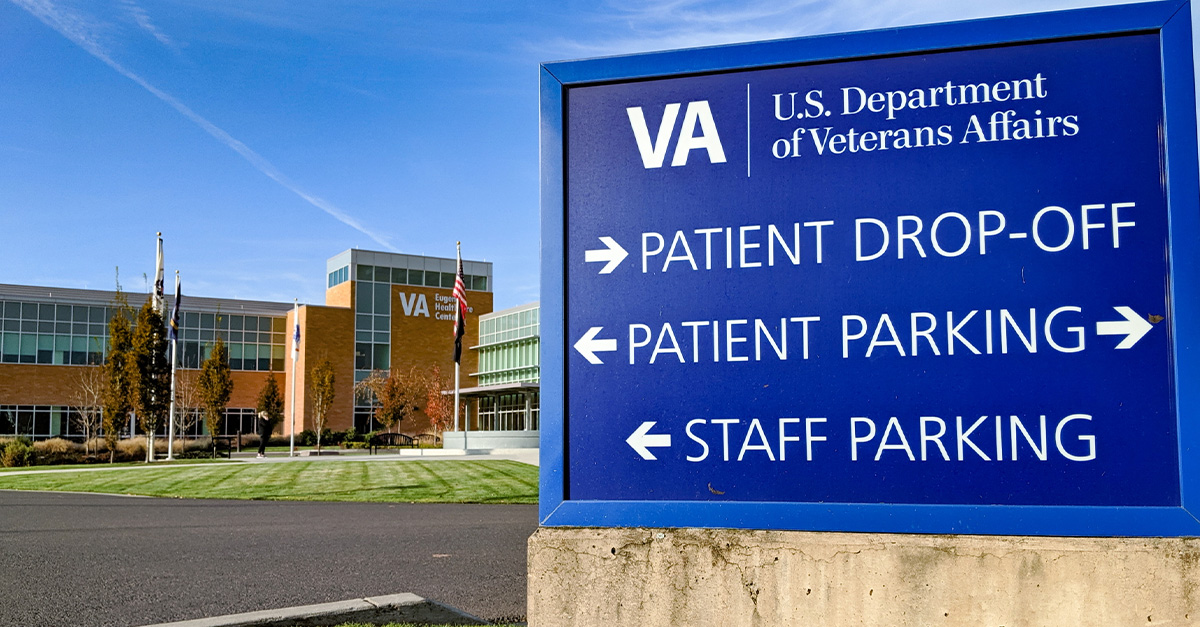 VA announces decision to provide abortions, even in states where the procedure is illegal

Health facilities run by the Department of Veterans Affairs (VA) will now provide abortion services to veterans and their families, even if they are under the jurisdiction of state laws that restrict or ban abortion, according to a new rule submitted to the Federal Register.

The VA noted that after the Supreme Court’s decision in Dobbs v. Jackson Women’s Health, which overturned Roe v. Wade and returned the regulation of abortion back to the states, “certain States have begun to enforce existing abortion bans and restrictions on care, and are proposing and enacting new ones, creating urgent risks to the lives and health of pregnant veterans and CHAMPVA beneficiaries in these States.”

In response, the VA has enacted a new rule that will “help to ensure that, irrespective of what laws or policies States may impose, veterans who receive the care set forth in the medical benefits package will be able to obtain abortions, if determined needed by a health care professional, when the life or the health of the pregnant veteran would be endangered if the pregnancy were carried to term or the pregnancy is the result of an act of rape or incest.”

The rule, which goes into effect immediately, also extends to other VA health plan beneficiaries, such as spouses and children.

The VA makes the claim that if it does not make this change, veterans will be unable to receive an abortion even if their life is at stake. However, no state law currently in place bars a woman from receiving an abortion if her life is at risk. The rule also emphasizes that abortion for the “health” of the mother will be allowed but neglects to outline what constitutes a risk to the health of the mother. Instead, the rule allows medical personnel to make that determination on a case-by-case basis.

The VA cites the Supremacy Clause of the Constitution as its legal reasoning for elevating its rule over state laws limiting abortion.

The VA is currently prohibited from performing abortions under federal law. Sen. James Lankford, R-Okla., informed Secretary of Veterans Affairs Denis McDonough of that fact in a letter, citing Section 106 of the Veterans Health Care Act of 1992, which “directs the VA to provide women with ‘general reproductive health care … not including … abortions.’”

He also stated that the VA does not have the authority to unilaterally rescind that ban. “Only Congress can change federal law,” Lankford wrote, “and Congress has held for the past 30 years that the VA is not permitted to offer abortion services.”

He added, “While activists and even my colleagues in Congress — including some who have written to you to encourage you to promote abortions in states where unborn children’s lives are protected, such as Oklahoma — may desire for you to use your authority to usurp Congress to allow the VA to provide, or even pay for abortions through rulemaking, that would be a direct violation of the laws you swore to uphold and follow. Additionally, such action would further erode the integrity of the rulemaking process.”

The VA disputes Lankford’s claim regarding the Veterans Health Care Act of 1992, citing later laws as reason why it is permitted to make its own decisions on the type of medical procedures it provides.

However, as recently as March 2021, the VA’s own website stated that the VA “cannot, by law, provide abortion services,” as Sen. Jerry Moran, R-Kansas, pointed out during a Senate Appropriations Committee hearing in 2021. He was responding to the fact that, more than a year before the Dobbs ruling, McDonough was already trying to figure out how to unilaterally allow abortion to be performed within the VA health system. Moran went on to warn that “VA’s prohibition on abortion services is more than a policy decision or regulatory matter, it’s the law.”

In addition, the department will impose the new rule without adhering to the Administrative Procedures Act (APA). The APA requires that any administrative rule change be published in the Federal Register and have a 30-day public comment period before being implemented. The VA claims an agency may forego the public comment period if it finds there is good cause for doing so.

“The Secretary also finds that the 30-day delay is inapplicable as this rule is removing restrictions on abortion, in certain, limited circumstances, and on abortion counseling. As discussed at length above, leaving veterans and CHAMPVA beneficiaries without access to abortions and abortion counseling puts their health and lives at risk. Pregnancy and childbirth in the United States can result in physical harm or death to certain pregnant individuals…”

Veterans and beneficiaries who seek abortion because of rape or incest will not be asked to provide any form of evidence such as a police report. The document claims that allowing veterans to self-report “removes barriers to providing care.”

McDonough said, “Pregnant veterans and VA beneficiaries deserve to have access to world-class reproductive care when they need it most. That’s what our nation owes them, and that’s what we at VA will deliver.”

Dr. Shereef Elnahal, the VA’s undersecretary for health, said, “We came to this decision after listening to VA health care providers and veterans across the country, who sounded the alarm that abortion restrictions are creating a medical emergency for those we serve. Offering this care will save veterans’ health and lives, and there is nothing more important than that.”

She stated, “There is no law they won’t rewrite or institution they won’t destroy in their drive to impose abortion without limits — even late-term abortions well after unborn children can feel pain — up to the moment of birth, paid for by taxpayers, nationwide.”

The VA’s rule is clearly filled with pro-abortion talking points and is nothing more than an attempt to override state authority on abortion law, as well as undermine federal law. Every state allows for abortion in any case where the life of the mother is at stake, and most allow for abortions for the “health” of the mother. This loosely defined term relies on everything from mental health, stress, or family issues to define “danger” to a pregnant woman’s “health,” which is how doctors can legally justify abortion for just about any reason.

As such, by providing no guidelines as to what qualifies as a risk to the life or health of the mother, VA medical providers are now free to provide abortion at their discretion. And that means that, unless a court or Congress steps in, abortion will likely be available to just about anyone who wants it within the VA system.

The VA is holding out abortion as some form of miracle that saves women, when in reality it is a travesty that not only harms women but kills their child. The lies surrounding abortion and any state law that limits it are absurd, but they are now being used to justify taxpayer funding of abortion and to undermine the Supreme Court and state jurisdiction.

Proverbs 16:12 says, “It is an abomination for kings to commit wicked acts, for a throne is established on righteousness.”

There is little that could be more wicked than encouraging our nation’s veterans to kill their unborn children. In our country, we have the ability to check the power of government to engage in such wickedness through elections. Increasingly, though, bureaucrats are being allowed to run amok, taking power that doesn’t belong to them to interpret, change, and enact laws and regulations as they see fit, and that is corrupting our unique system of checks and balances. Being on the government payroll doesn’t make someone above the law nor does it mean they can undermine the law.

It is paramount that Christians get out and vote for leaders who will promote life, of course. However, Christians who care about societal order should also vote for representatives who will demand that the government and its employees operate with accountability and transparency and in accordance with the Constitution and all duly enacted laws — whether federal, state, or local. After all, if unelected bureaucrats are permitted to decide which laws are followed and which are not, what’s the point of even making laws? 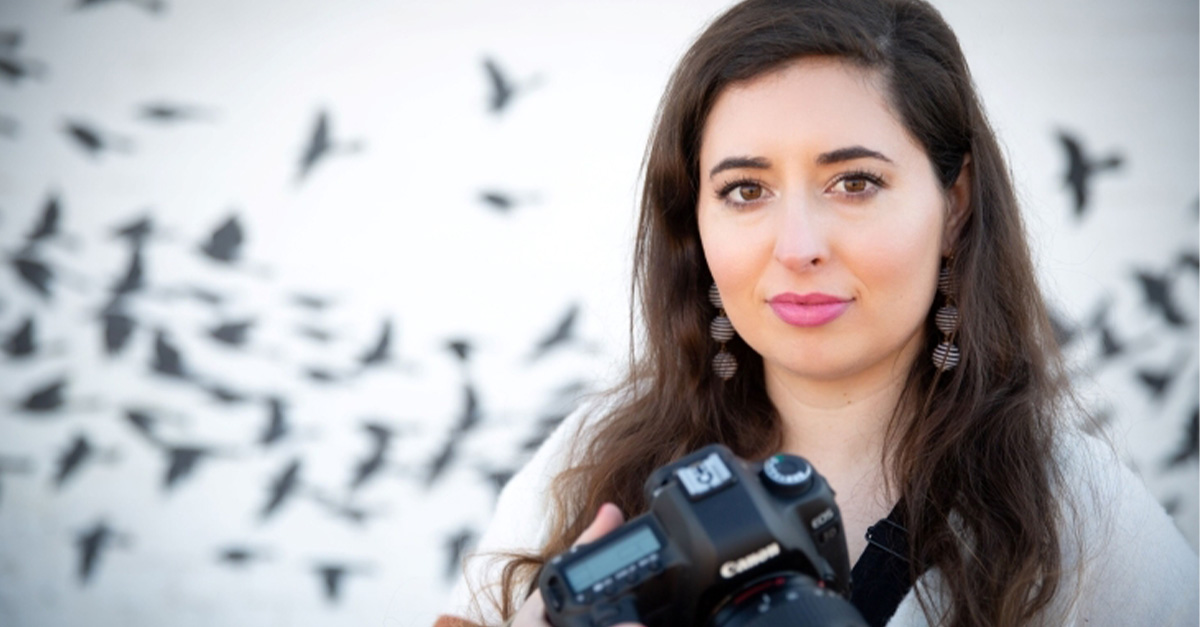