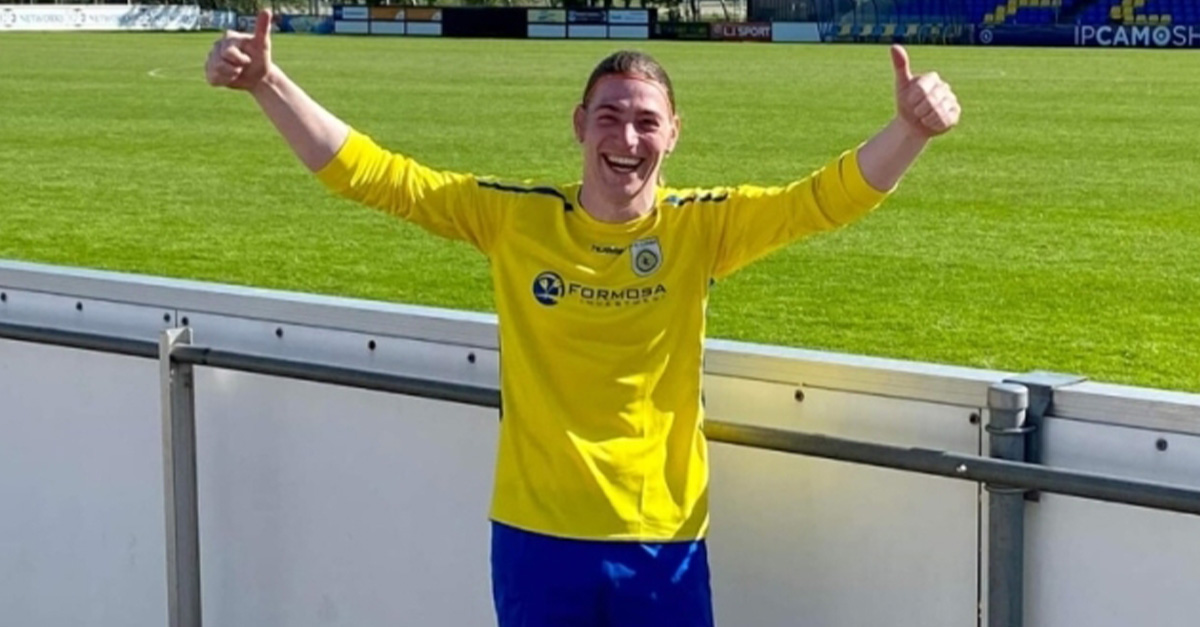 Cut the Cord on God and Nothing Good Comes After

Once a country, or a culture, turns its back on God there’s no telling what horrors they will soon tolerate, or what evils they will celebrate. Of course, in some ways, that is the storyline of the entire Bible. Adam and Eve rebel against their good Creator, plunging the world into sin and darkness. The first-born man murdered his brother — and the darkness of sin has corrupted every human since.

Romans 1 explains the mental and moral consequences of Genesis 3 in more detailed terms. We learn that the godless “suppress the truth by their wickedness” (v. 18). For those who reject God, we are told that “their thinking became futile and their foolish hearts were darkened” (v. 21). This descent into madness appears almost endless. Paul warns that for those who reject God, it ultimately becomes a mutual parting of ways: “God gave them over to a depraved mind, so that they do what ought not to be done. They have become filled with every kind of wickedness, evil, greed and depravity” (v. 28-29).

These verses are meant to serve as a warning — don’t reject God. Don’t deny the truth. Don’t be given over to lust and depravity.

But with every passing day, news reports indicate that many Western nations have instead undertaken the demonic project of turning Romans 1 into a policy platform or adopting it as a cultural roadmap in their quest for a progressive utopia.

The latest news of this kind comes to us from the Netherlands, where the lifestyle of one full-time baker/part-time soccer player proves to those watching that the cultural and sexual revolution has no limits.

In English, the title of the article read “What is it like to be a transgender soccer player?” It tells the story of Marjolein, a 31-year-old Dutch man who thinks he’s a woman. The Dutch news source dutifully refers to Marjolein as a “she” throughout the piece, but one glance at the picture clearly contradicts the narrative, no matter how many female pronouns are used.

Marjolein owns and operates a bakery in the town of Westerbork. Baking might be his profession, but soccer is his hobby. The story goes on to recount the struggle that Marjolein has encountered “finding a [soccer] team where [he] feels welcome, and where [his] participation does not go against the rules of the KNVB.”

Why has this been so hard? Because Marjolein claims to be a woman and demands to play on a women’s team.

This wish has, in fact, been granted. Readers are told, “After a difficult time at the club in [his] hometown of Westerbork, [he] found a connection with a girls’ team in Lisse, 200 kilometers away.”

To be clear, this is a story about a man who pretends to be a woman, who has been embraced as a woman by almost everyone in his life, and who now is competing on women’s soccer teams. The fact that the Dutch tolerate this harkens back to my point about the horrors a society might tolerate when it rejects God.

But it gets worse.

Not only is he playing on a women’s team, we are told that “In Lisse, for the first time, [he] didn’t have to change in a separate room, but was welcome in the ladies’ dressing room.”

Marjolein called this “the best gift I could get.”

Still, our descent down this inverse Romans road continues.

It’s not enough for the man, Marjolein, to play with — and change with — the women. He is now insisting that he should be able to do so with young girls.

Under the subtitle “fifteen-year-old girl,” we read:

“But now Marjolein has not played football for sixteen weeks. Not only because she has a lot of pain in her hips — possibly a result of the administration of female hormones — but mainly because the KNVB does not allow her to play in a team that otherwise only consists of girls younger than 20. “I’m 31 years old, but I don’t feel that way. I’m full of hormones and I feel like a fifteen-year-old girl. The KNVB is afraid that I am too strong to play with and against young girls. That’s not the case, and you can’t judge that from a chair in Zeist either.’”

This is where we are in the West: A 31-year-old man is claiming to be a 15-year-old girl and is demanding that he be granted the “right” to live his life as one, including being free to play on a teenage girls’ soccer team and even join them in their locker rooms.

To my neighbors in the Netherlands, I feel compelled to ask, as Gandalf once asked of Saruman in Lord of the Rings: “Tell me, friend, when did you abandon reason for madness?”

As it stands, the KNVB (that is, the Royal Dutch Football Association) hasn’t granted Marjolein’s request to play on the girls’ teams. But one has to ask — what’s going to stop them?

There are no brakes, no limits, no fixed principles that exist once a country decides to accept the fiction that men can be women. Why is it any less reasonable to demand that you should be treated as younger than you really are than it is to demand that people pretend you are the opposite sex from what you really are? Both deny reality — one denies biology and the other denies chronology.

The bleeding edge of the sexual and cultural revolution marches on, devouring everything in its path, including youth girls’ soccer. And if you don’t want a 31-year-old man changing with your daughter, well, according to the revolutionaries, you’re just a backward bigot who needs to get with the program.

As Christians, how should we think about such absurd stories like this? We must always begin with the Bible. That’s why I wanted to make sure to start with the Romans 1 reality in the background. This is the fruit of a depraved mind — a depraved culture — that has traded reason for madness and God for their own appetites.

Of course, we should pray for Marjolein’s repentance. God’s grace can reach even further than the farthest insanity of the sexual revolution.

But we should also be warned and wary. What happens in Europe is often just a preview of what’s coming to America in a few years. We have Marjoleins of our own right now — like Lia Thomas — even if they are still age-constrained versions. The age-denying versions are coming to a blue state near you soon, though, make no mistake about it.

The answer to a Romans 1 culture is a Romans 3:23-24 moment of national repentance and revival. We must acknowledge that “all have sinned and fall short of the glory of God, and all are justified freely by his grace through the redemption that came by Christ Jesus.”

We need spiritual justification and temporal justice. We need God to give us our minds back, so we can see clearly enough to call madness what it is — rebellion against God’s good creation order.

And we need to find the courage to jump out of the clown car of the cultural and sexual revolution, as it hurdles towards a cliff, brakes cut and gaining speed every minute.

Countries and cultures might rush towards destruction, but as Christians we need not — in fact, we must not — go along with it. Instead, we plant our feet firmly on the foundation of Christ, like the wise builder in Matthew 7. His house endured, even though “the rain came down, the streams rose, and the winds blew and beat against that house; yet it did not fall, because it had its foundation on the rock” (Matthew 7:24-25).

Ultimately, it’s Christ or chaos. The Dutch might choose chaos. I pray that America chooses Christ. 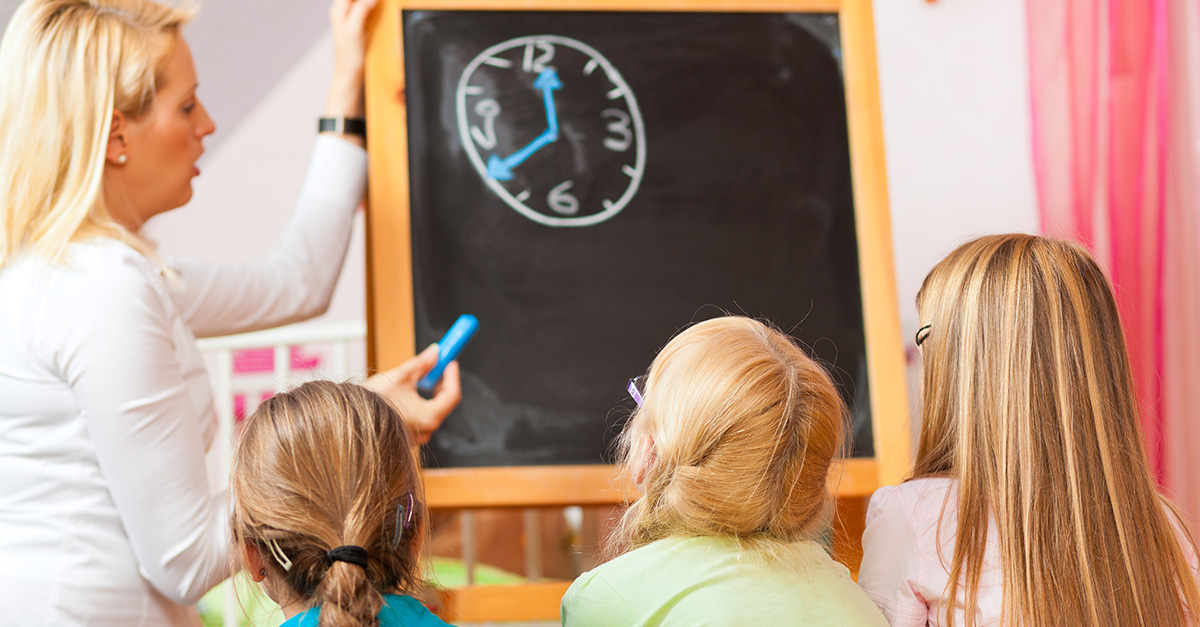 An Appeal to Christians for Home Education