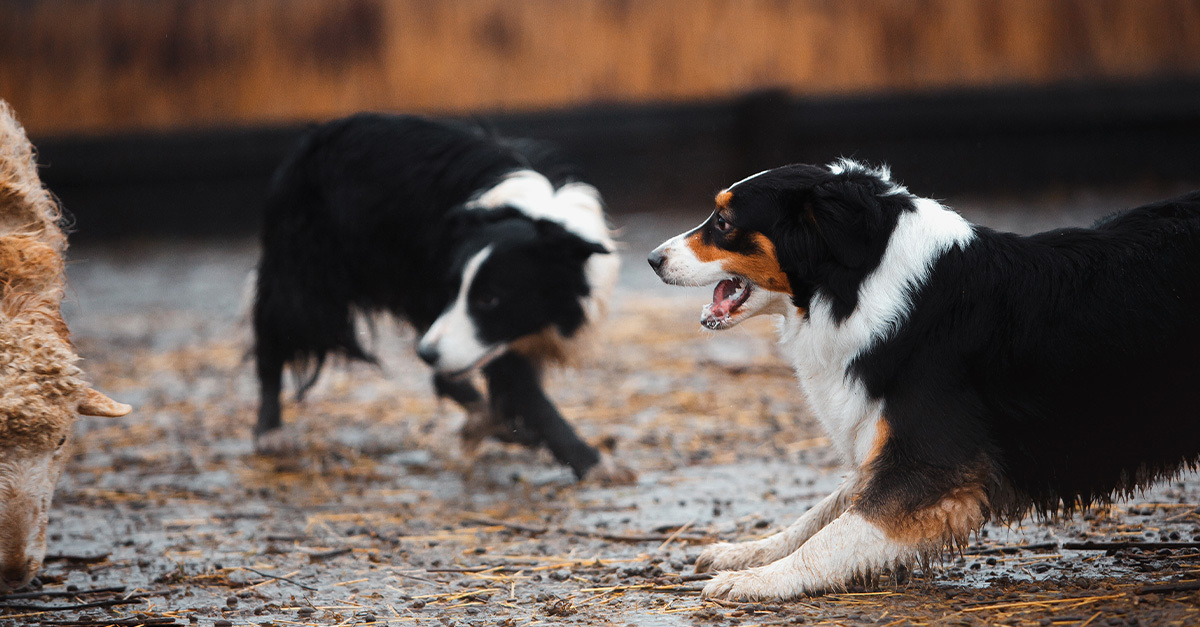 When the Wolves Abound, Pastors Must Be Both Shepherds and Sheepdogs

When I was a kid, I thought that quicksand was going to be much more of a present danger in my life as an adult than it has turned out to be in reality. I can only assume this was due to watching “The Princess Bride” about once a month during elementary school, per the homeschooling regulations.

But falling into quicksand actually isn’t a regular threat. So, frankly, I’m not on my guard for it anymore.

Unfortunately, it seems that some (many? too many?) Christian leaders, thinkers, and pastors take the same approach toward false teachers. Or, as the Bible calls them, wolves.

The Bible has quite a bit to say about the dangers of wolves and the importance of being on guard against them. Unlike quicksand, wolves are everywhere. Even worse, the wolves are often already inside the gate before anyone even realizes it.

In Matthew 7:15, Jesus warns His followers about this frightening reality:

“Watch out for false prophets. They come to you in sheep’s clothing, but inwardly they are ferocious wolves.”

In other words, the wolves will come from both without and within. What is required, then, for Christians who desire to stay faithful and help protect others from false teachings that will lead them astray from the narrow way that leads to life? Constant vigilance.

The Bible is full of “flock”-related imagery to describe the Christian life. Wolves are false teachers. Christians are regularly referred to as sheep (not the most flattering analogy, but fitting nonetheless). Who, then, protects the sheep from the wolves? Shepherds.

A shepherd is a term that, in both the Old and New Testaments, is used to describe those who care for the people of God. Moses was a shepherd. David was a shepherd. Psalm 23 tells us that God is the Good Shepherd — the final and perfect example of what it means to care for His people.

Today, on this side of the resurrection and in this stage of church history, the role of shepherd is assumed by the pastors of the local church. Peter makes this explicit in his admonition to pastors (elders) in 1 Peter 5:1-2: “To the elders among you, I appeal as a fellow elder and a witness of Christ’s sufferings who also will share in the glory to be revealed: Be shepherds of God’s flock that is under your care, watching over them—not because you must, but because you are willing, as God wants you to be; not pursuing dishonest gain, but eager to serve.”

A pastor who won’t act as a shepherd fails at the most basic duty with which he has been entrusted.

Now, shepherding is indeed multi-dimensional. Shepherding the flock of God, that is, caring for the souls and well-being of church members, includes 1) feeding them with God’s Word; 2) leading them well; 3) equipping them to be faithful witnesses for the Gospel; and 4) without exception, watching over their spiritual well-being by warning about and fighting off the wolves (false teachers). You can read a good article by R.C. Sproul that echoes these themes here: “What Does It Mean to Be a Shepherd Over the Flock?”

As John Calvin once wrote, “The pastor ought to have two voices: one, for gathering the sheep; and another, for warding off and driving away wolves and thieves. The Scripture supplies him with the means of doing both.”

I agree. I trust you do too. Pastors must do both, and Scripture equips them to do both. This brings us back to the wolves — always lurking, prowling about, looking for an opportunity to devour the sheep.

In a day and age when wolves abound, shepherds must constantly be on guard. Pastors serve, one could argue, as both sheepdogs and as shepherds.

But that isn’t how everyone seems to see it.

Last Saturday, Alan Jacobs posted a short blog entitled “The sheepdog’s view.” In it, he argues that one of the problems with “the conservative movement” is that it “has too many sheepdogs and not enough shepherds.” Now, to be clear (and fair), Jacobs isn’t writing about pastors and churches, but primarily about politics. That said, the term “shepherd,” as we have seen, is a deeply biblical term and concept for leaders. Jacobs was basing this observation — too many sheepdogs, not enough shepherds — on what he perceives to be “the weirdly intense hatred many conservatives feel for people like David French and Liz Cheney.”

My own views on figures like David French (and easily, by extension, Liz Cheney) are well known. Suffice to say, I would not encourage any conservative, or Christian, to look to them for leadership in these trying times.

But Jacobs’ observation was picked up by a blogger who offered up this conjecture in an application to the Church and directly to pastors. Linking to Jacobs’ original post, he said: “If I wanted to be controversial, I would say that the spectacle of *pastors* who are uber-aggressive sheepdogs on social media is directly connected to a frustration and discontent with their role as *shepherds* offline.”

Now, this observation received swift and appropriate pushback (and, in Twitter terms, suffered quite the bad post-to-comment ratio) from some strong thinkers out there who engage at the intersection of culture, faith, and politics.

But here is where I think Alan Jacobs, and the other blogger, misstep: Leaders and pastors must be both shepherds and sheepdogs. It’s one and the same job.

Jacobs tries to draw a distinction that, I would suggest, ultimately fails. He writes “Sheepdogs do two things: they snap at members of the herd whom they believe to be straying from their proper place, and they bark viciously at wolves and other intruders…What sheepdogs are useless at is caring for the sheep.”

To that I say: Warning the sheep that they are about to be viciously slaughtered is one of the most caring things a shepherd (or sheepdog) can do.

You can’t feed, lead, or equip a flock if they are dead. If you are a pastor, the first step in caring for your church members is by ensuring they have life, true spiritual life.

The Apostle Paul, echoing Jesus from Matthew 7, was deeply concerned about this kind of care. In Acts 20:28-30, in his farewell address to the Ephesians elders, he warns them, saying:

“Keep watch over yourselves and all the flock of which the Holy Spirit has made you overseers. Be shepherds of the church of God,which he bought with his own blood. I know that after I leave, savage wolves will come in among you and will not spare the flock. Even from your own number men will arise and distort the truth in order to draw away disciples after them. So be on your guard! Remember that for three years I never stopped warning each of you night and day with tears.”

Jacobs envisions a world in which the sheepdogs in his story manage to (somehow?) frighten off all of the shepherds. He says, then, “eventually the whole herd will die, from starvation or disease. And as that happens, the sheepdogs won’t even notice. They will stand there with their backs to the dying herd and bark their fool heads off.”

Well, the alternative is that the shepherds don’t listen to the sheepdogs — or, even better, do the work of the sheepdogs themselves — and the entire flock doesn’t die from starvation or disease, but rather gets ripped limb from limb by all the wolves that have infiltrated the flock under the nose of the irenic, winsome, and ultimately worthless shepherds.

Now, if you aren’t familiar with him, Alan Jacobs is a professor of humanities at Baylor University.  Last year, I read his book How to Think: A Survival Guide for A World at Odds. It’s a great book — I highly recommend it. But in this blog, Jacobs doesn’t seem to bring that same thoughtfulness. And the blogger who tried to apply it to pastors, and to the good work being done by many online brothers who help expose false teachers, certainly didn’t either.

That warning from the Apostle Paul — “…savage wolves will come in among you and will not spare the flock…So be on your guard!” — means something, even today.

It means that shepherds must bark. To do so is loving. In fact, to bark at the sight of a wolf is the most basic act of caring for the sheep that a shepherd (or sheepdog) can do. Without it, the rest of the efforts become palliative care; the sheep might be comfortable, but they will soon be dead.

In a day and age when false teaching abounds — whether it be of the prosperity gospel or the woke variety — I hope and pray that more shepherds see their role as both shepherd and sheepdog, using one voice to scare away the wolves and another to feed, lead, and teach the sheep.

In doing so, they will model the Good Shepherd all the more. And the sheep will be better for it. 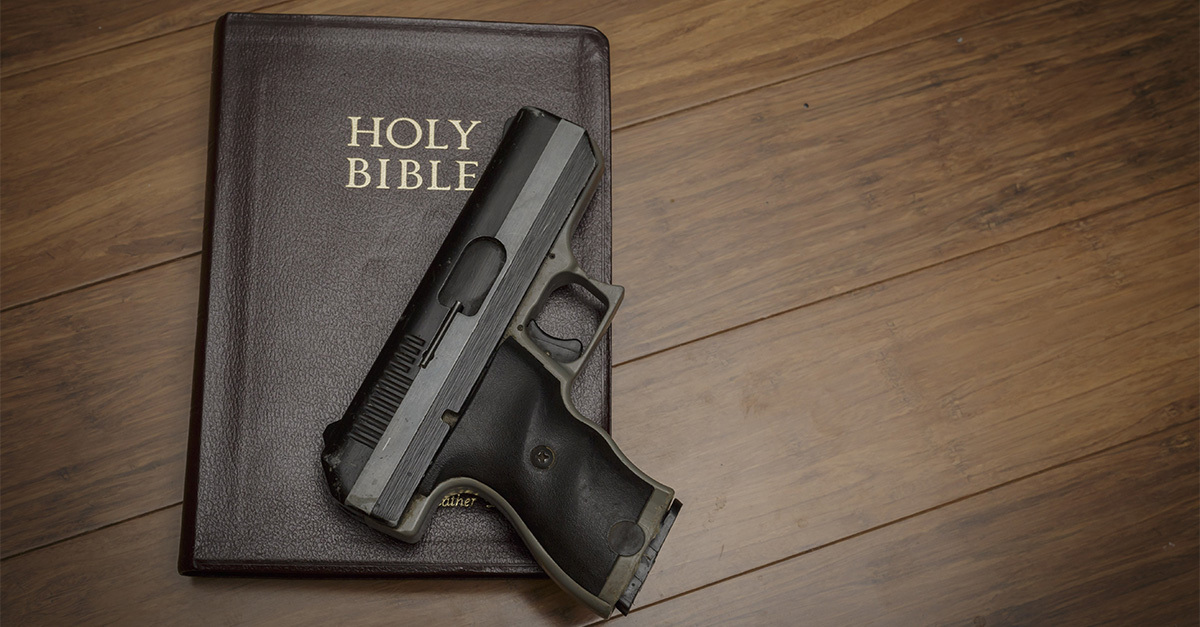 God and Guns: A Biblical Worldview Analysis of the Second Amendment and Self-Defense