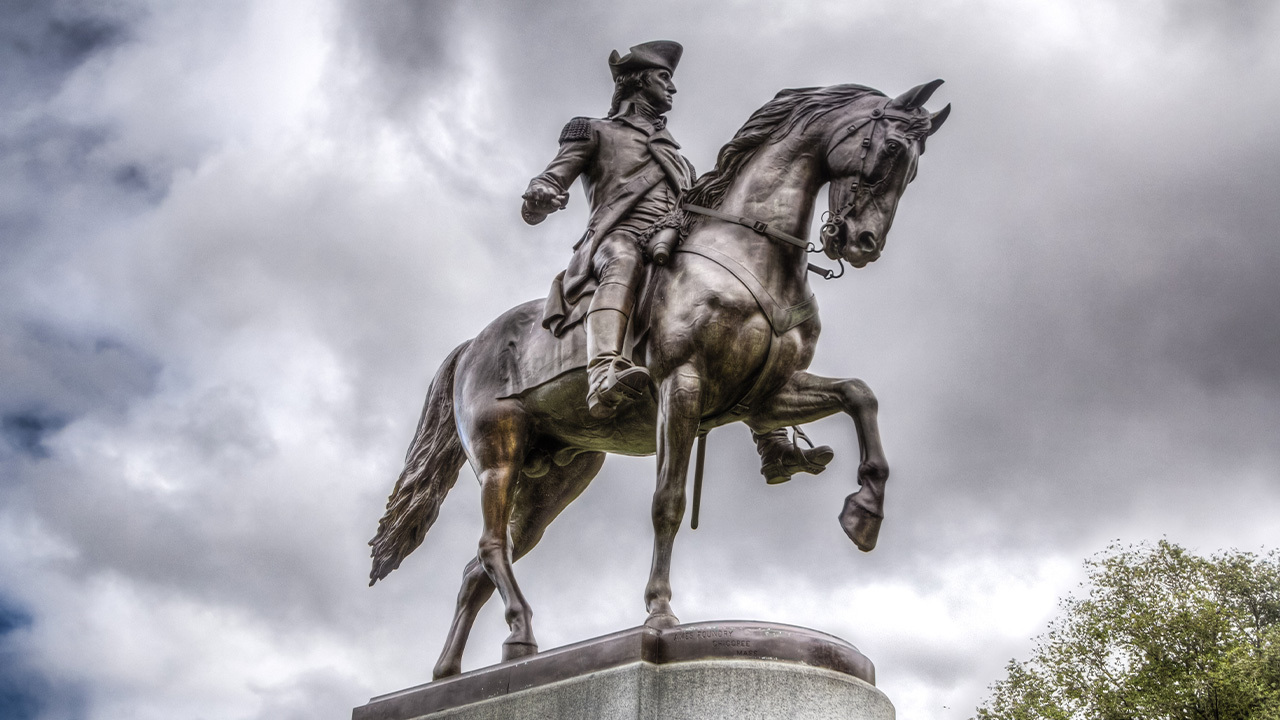 What wokeism has wrought: Not even the ‘Father of Our Country’ is safe from cancel culture

A few days ago, an opinion piece was written by a student at George Washington University advocating for the school to change its name, a school he chose and continues to attend. One of the perplexing things about the opinion was who ran the article: The Washington Post. Yes, you read that correctly. A student who is appalled by George Washington sent his lengthy opinion piece suggesting that the university cancel Washington to the paper that bears Washington’s name, and the paper ran it. Irony abounds. The piece and its inclusion in a major newspaper warrants discussion.

The essay, written by Caleb Francois, discussed George Washington University’s renaming of its student center but insisted that the school didn’t go far enough. The third sentence is where the concerning ideology of many college students is seen. Francois writes, “As our nation’s history of slavery, Jim Crow, red lining and other discriminatory policies toward African Americans has never been fully addressed or atoned for, these pleas for racial justice are a reflection of a shifting paradigm in American politics in which compromise and intolerance are no longer an option.”

Francois goes on to list a litany of complaints about George Washington University, claiming that “racism has always been a problem at GW.” One of his complaints is that the school doesn’t have enough black students. “Today, with Black enrollment at about 10 percent, Black students on campus continue to struggle for community. Despite alleged efforts by the administration to enhance diversity, the admissions office continues to fail to ensure a student body with adequate minority representation,” he writes.

He cites that there aren’t enough black professors and that African languages are not offered. “These problems,” he says, “are rooted in systemic racism, institutional inequality and white supremacy.” How can the university “achieve progress?” he asks. “Decolonized university curriculum, increased Black enrollment, the renaming of the university and the selection of an African American President.”

He claims that not only is the university name a problem, but also the name of another campus: Mount Vernon Campus. He demands that not only should the names of the campuses be eliminated, but also anything bearing the names of James Madison and Winston Churchill or anything associated with them or the aforementioned George Washington.

Thus, Francois insists, “The controversial Winston Churchill Library must go. The university’s contentious colonial moniker must go. Even the university’s name, mascot, and motto — ‘Hail Thee George Washington’— must be replaced,” he writes. In the place of Washington, Madison, and Churchill he suggests Frederick Douglas, Sojourner Truth, and Malcom X, who “transformed the United States by fighting for the liberation of Black people here and all over the world.”

Students like this believe America’s entire history is defined by racism. Doubly concerning are his claims that the issues of slavery, Jim Crow, red lining, etc. have not been fully addressed nor “atoned for.” May I turn attention to the Civil War in which over 600,000 Americans died — the vast majority of them white men — fighting in part over the issue of slavery? What about the Civil Rights movement and the Civil Rights Act? What about years of fighting to eliminate racism and to see each person not as the color of their skin but as a fellow human being (only to see it all undone by the scourge of critical race theory and identity politics)?

Equality of opportunity isn’t enough. These students want equality of outcome. But more than that, they want vengeance. The fact is, America doesn’t need to atone for anything. Americans alive today had nothing to do with previous racist policies. America has spent decades trying to uphold its ideals, and time and again it has implemented policies to try to help the black community.

Francois says that compromise and intolerance are no longer an option, but that’s a contradiction. We must have compromise in order to have tolerance. It is the radical and unforgiving brand of “racial justice” advocated by the left that breeds intolerance.

No one made Francois attend George Washington University nor did anyone force black students to attend the Mount Vernon campus. Yet Francois chose the university and continues to study there. No doubt he will one day highlight his degree from GWU on his diploma and leverage his school connections for career advancement. And he obviously had no problem running his article in the Washington Post, yet he believes the name Washington is so offensive it must be changed.

Francois runs into the problem many have come up against. Historical figures aren’t perfect. That doesn’t mean they should be erased. Yes, it is a question we must wrestle with: How could the founders of our nation who believed in freedom and equality allow and even participate in the practice of slavery? While it is certainly incongruent with the ideals in our founding documents, we must examine the context.

Washington and Madison grew up in a world in which slavery had existed for thousands of years. There was no concept of a world without slavery. For example, Washington received his first slaves after they were willed to him by his deceased father, when he was just 11 years old. Do we hold him accountable for that? As Mount Vernon (Washington’s estate, not the campus) historian Mary Thompson said, “George Washington’s ideas about slavery changed dramatically over the course of his life.” She added, “He began as someone who does not seem to have questioned slavery at all, but simply viewed it as a fact of life. During the American Revolution, his views began to change pretty rapidly. Within three years of the start of the war, he had decided that he no longer wanted to be a slave owner.”

Washington ceased buying slaves and after the founding of the nation, waited for the Virginia legislature to enact a plan to gradually free the slaves. “Politically, Washington hoped that the Virginia legislature would set up a plan to gradually free the slaves within the state, much as legislatures in New York, New Jersey, and Pennsylvania were doing,” Thompson said. She added, “He did not feel that he could lead the political fight to bring this about, however, because he was afraid of tearing up the new country he tried so hard, for eight years during the war and eight years during the presidency, to bring into existence.”

Washington had served his country faithfully. He led the American Revolution, after which many wanted to make him king. King George III, from whom America had won its independence asked the painter Benjamin West what Washington planned to do after the Revolution. West told him that Washington would return to his farm. The king responded, “If he does that, he will be the greatest man in the world.” That is exactly what Washington did, even thwarting an attempt by his soldiers to stage a coup to place him in power. Washington had no desire to rule even though the nation would have handed him the keys.

Francois believes that Washington — who a king, no less, thought was the greatest man in the world — needs to be erased, yet he believes that Malcolm X is somehow without flaw? As Manning Marable, biographer of Malcolm X, said, “The great temptation for a biographer of an iconic figure is to portray him or her as a virtual saint, without the normal contradictions and blemishes all human beings have. I have devoted so many years in the effort to understand the interior personality and mind of Malcolm that this temptation disappeared long ago.”

History is complicated because people are. Washington came from a world in which slavery was a given, yet he became troubled by it and eventually freed his slaves. We sit back and wonder why he didn’t free them earlier, but we must understand that Washington didn’t grow up in our America — an America in which slavery is now abhorrent because America has lived up to the ideals he championed. Not only this but Washington, known as the “Father of Our Country,” was painfully aware that his every move was watched by the public and he knew that if he pushed to abolish slavery the fledgling nation might crumble. And so he, like the other Founders, counted on the belief that if a foundation could be built to hold America together for the long haul, slavery would eventually crumble — as it eventually did.

I didn’t write this to ridicule a student but to point out how this country has failed him. Not because it is a racist nation, but because it has become a race-obsessed one. Teachers, professors, authors, media, and politicians have fought for the past few decades — and continue to fight — to undermine the idea of American exceptionalism. By indoctrinating students to believe that everything from the beginning of our nation to now is the product of racism, we have reached a point where no one is viewed as good unless they are antiracism warriors who never step out of line. To students like Francois I say, do you believe that you are without flaw? Do you want to live in a nation that seeks to root out all your errors and denigrate you for those errors — as you are doing to the man who made your life of opportunity and ability to freely criticize him even possible? People aren’t perfect, but that doesn’t mean that their contributions don’t deserve honor or celebration. 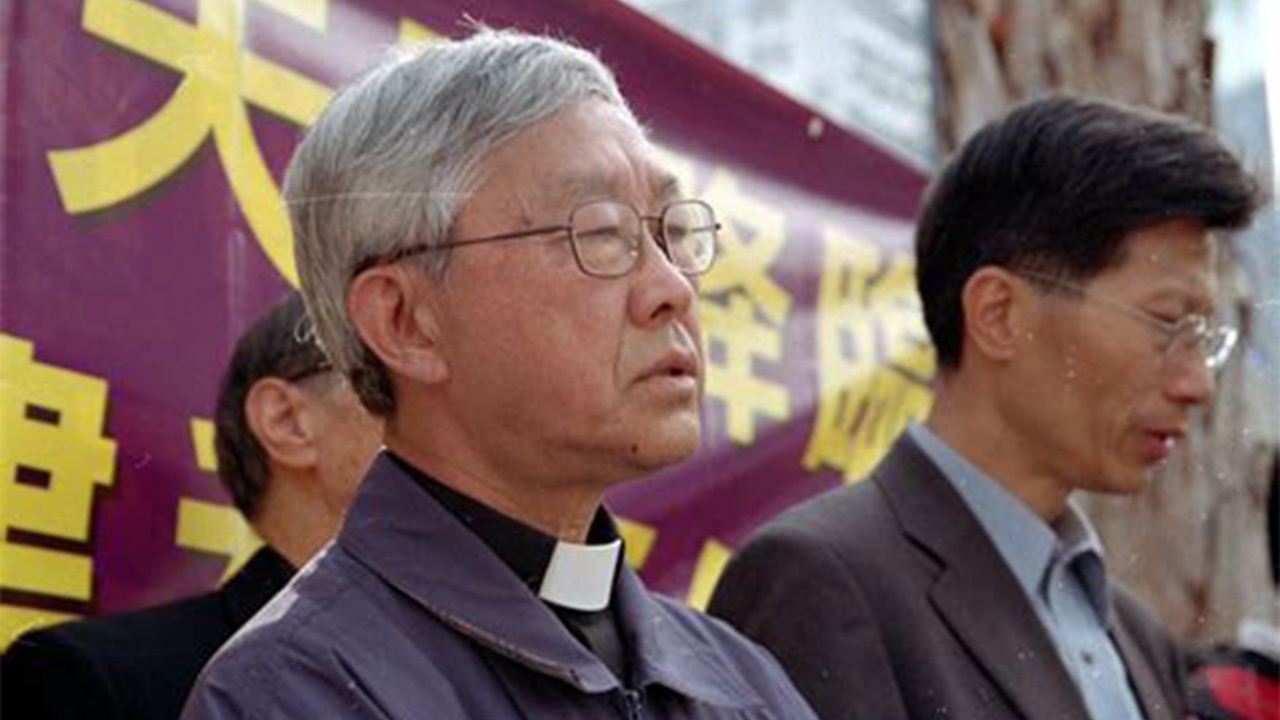