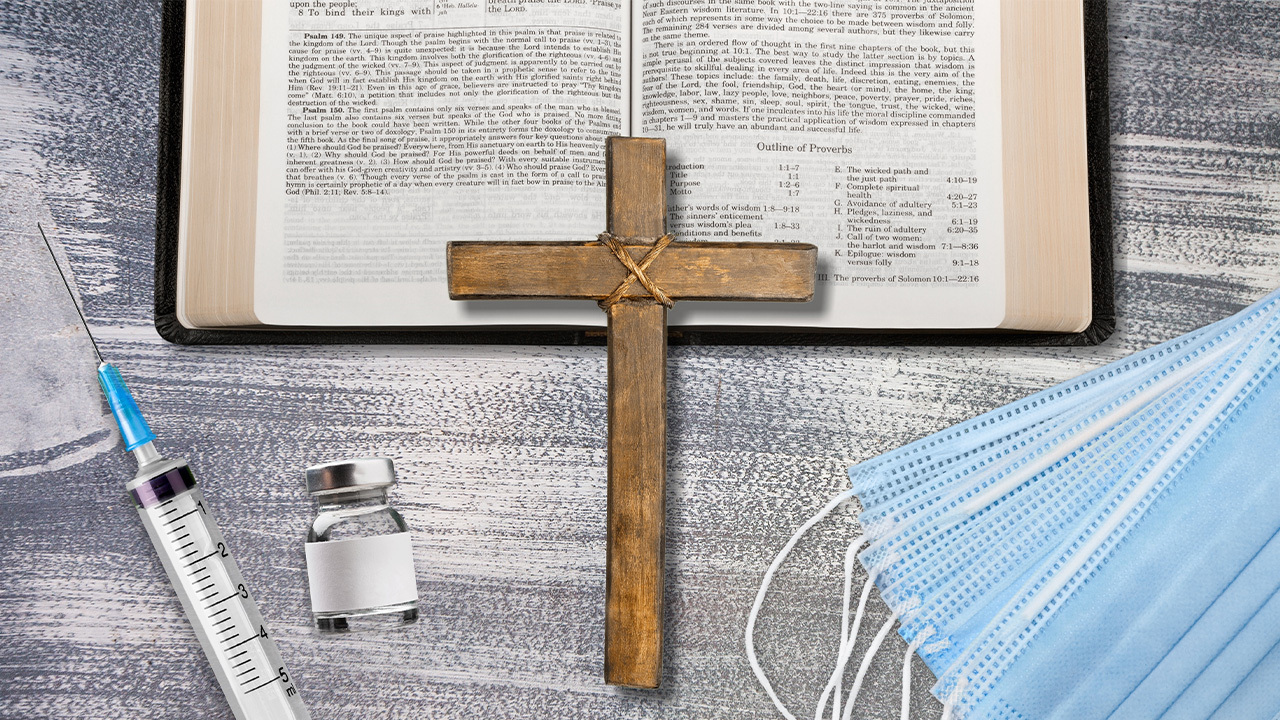 Churches Must Stand Up: Vaccines and Freedom of Conscience

Within the past few weeks, governments have begun lifting mask and vaccine mandates. While we celebrate what appears to be the end of the COVID emergency response, we must also not forget the degree to which our officials were willing to infringe on civil liberties in the name of public health. This issue of freedom versus safety is an ongoing struggle, and there is no question that we will face it again, whether it’s in the guise of a pandemic or some other emergency.

As such, churches must be vigilant to recognize the threat that lockdowns, mandates, and other coercive measures hold for religious liberty and freedom of conscience and to take the time to reflect on our response over the past two years so that they can effectively stand up for their congregations and communities.

So how did we get here? On January 13, 2022, the Supreme Court of the United States struck down President Biden’s proposed OSHA mandate that would have required large businesses to force their employees to be vaccinated against COVID-19 or to submit to weekly testing. The fines for violating this rule would have been in the tens of thousands, depending on the severity of the violation. As a result, the OSHA mandate threatened to upend the economy and the lives of millions of American workers.

The Supreme Court’s decision to strike down the rule was a win for businesses, but it was also a win for religious institutions. The OSHA rule would have imposed a vaccine mandate on thousands of private schools, seminaries, and churches whose members had expressed serious moral concerns about the vaccines and the right of religious observers to refuse them on the basis of freedom of conscience.

The Supreme Court’s decision effectively put an end to this threat — for now. However, not everyone has been spared from the specter of vaccine mandates. Although SCOTUS struck down the OSHA rule, it upheld another rule from Health and Human Services that required all healthcare workers to be vaccinated if their institutions received Medicare or Medicaid funding (the CMS mandate). The court’s 5-4 decision kept the vaccine mandate in place. The credulity of the majority’s opinion and the reasonableness of the CMS mandate are themselves highly suspect. Notwithstanding, the rule will force millions of healthcare workers to be vaccinated or lose their jobs. This rule will imperil healthcare workers who hold strong religious objections to the vaccines. What recourse they have is not all that clear.

The Viability of Religious Exemptions

But even if healthcare workers apply for a religious exemption, it is not clear whether or not such exemptions would be granted. Requests for religious exemptions can often be subject to scrutiny by employers or by federal bureaucracies, and requestors may be questioned on the sincerity of their beliefs or the factual nature of their claims. Given the fact that the conscience of a Christian healthcare worker may be subject to this level of scrutiny by secular agencies, it is important to ask what role the church can play in assisting Christians who seek a religious exemption.

Biblically, the conscience is a sacred thing. The conscience is the place where the individual hears the conviction of the Lord on matters of right and wrong (Rom. 2:15). Scripture is clear that no person ought to violate their conscience. A person who violates their conscience grieves the Holy Spirit (Eph. 4:30-31) and sins against themselves and God (Rom. 14:4, 12). They harm their own ability to discern right from wrong and numb themselves to moral conviction (1 Cor. 3:1-9; 1 Tim. 4:2). To deliberately violate one’s conscience is a serious moral failure.

The Scriptures are also clear that it is sinful to disrespect another believer’s conscience. Paul discusses this problem in Romans 14 in his teaching on Christian liberty. Some Christians, Paul explains, have a “weaker” conscience when it comes to ethically gray areas. They are not free “in the Lord” to participate in activities where their conscience feels convicted. Other “stronger” Christians might have the freedom to participate in these activities even though weaker Christians do not. Paul warns stronger Christians that they should not cause their weaker Christians to sin by encouraging them to ignore their conscience. Each person, Paul says, must stand before the Lord and give an account of himself (Rom.14:12). For this reason, Christians should not stand in judgment over fellow believers concerning ethically ambiguous situations (Rom. 4:13). If a Christian’s conscience is not free to act, then that Christian is morally obligated to refrain. Every other Christian is commanded to respect that person and to accommodate them as much as possible (1 Cor. 10:32).

When it comes to churches and their role in the protection of conscience, it is essential to note that churches bear enormous responsibilities for their members. Churches have the duty to discern sin and unrepentance in the lives of their members (1 Cor. 6; Matt. 18). They are commanded to pursue holiness in their congregations (Rom. 12:1-2; 2 Cor. 7:1; Eph. 5:3; 1 Pet. 1:15-16). Pastors and elders are charged with equipping the saints for the work of ministry (Eph. 4:12), of watching over their souls (Heb. 13:17), of teaching them in righteousness (2 Tim. 4:2), and providing economic, spiritual, and emotional support (Acts 20:35; 1 Tim. 5:9-16; 1 John 3:16-18). It is fair to say that churches have an incredibly important responsibility that extends beyond hosting Sunday morning services. What implications, if any, do these responsibilities have for religious freedom and vaccine mandates?

Hence, churches have a unique opportunity to assist their members whose consciences are under threat and seek relief. Churches may not be able to change the law, but they can work within the law by providing religious exemption letters to members who request them or by advising them on how to obtain a letter. Some churches may not take a public position on the vaccines or the mandates, which is perfectly reasonable and prudent, but these churches should recognize that principles of Christian liberty in Romans 14 and 1 Corinthians 10 permit fellow believers to refuse the vaccines on the basis of their conscience.

Churches are certainly within their rights to ask basic questions of credibility from those who seek religious exemptions: Is this person a faithful, attending member? Do they have a reputation of integrity and honesty? Does this person exhibit a sincere desire to please the Lord and not to sin? Although these questions are not exhaustive, they can quickly and easily determine if a person is sincere in their request for a religious exemption. If there is no evidence to suggest the Christian’s request is insincere, what grounds would a church have to refuse assistance?

The implication of refusing assistance seems clear. If a church member seeks a religious exemption and their church does not help them, then the church has failed in its moral duty. Churches must recognize their moral responsibility in this matter. They must be ready to assist their members directly or to refer them where they can find effective assistance. Should a church fail in this duty, before God and man its leaders will be held accountable. Shepherds must not leave their flock to be abused by the wolves of the world. Pastors must defend the religious liberty and consciences of their people. 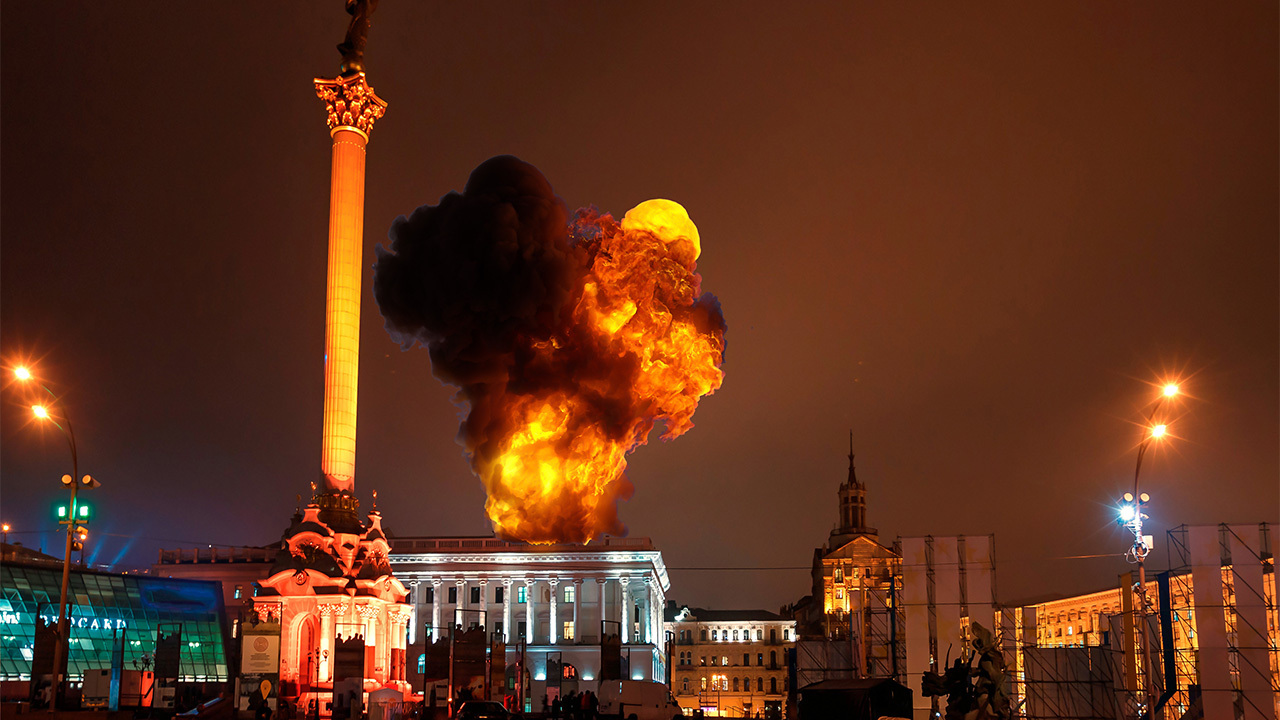 One Week In: What Christians Need to Know About the War in Ukraine