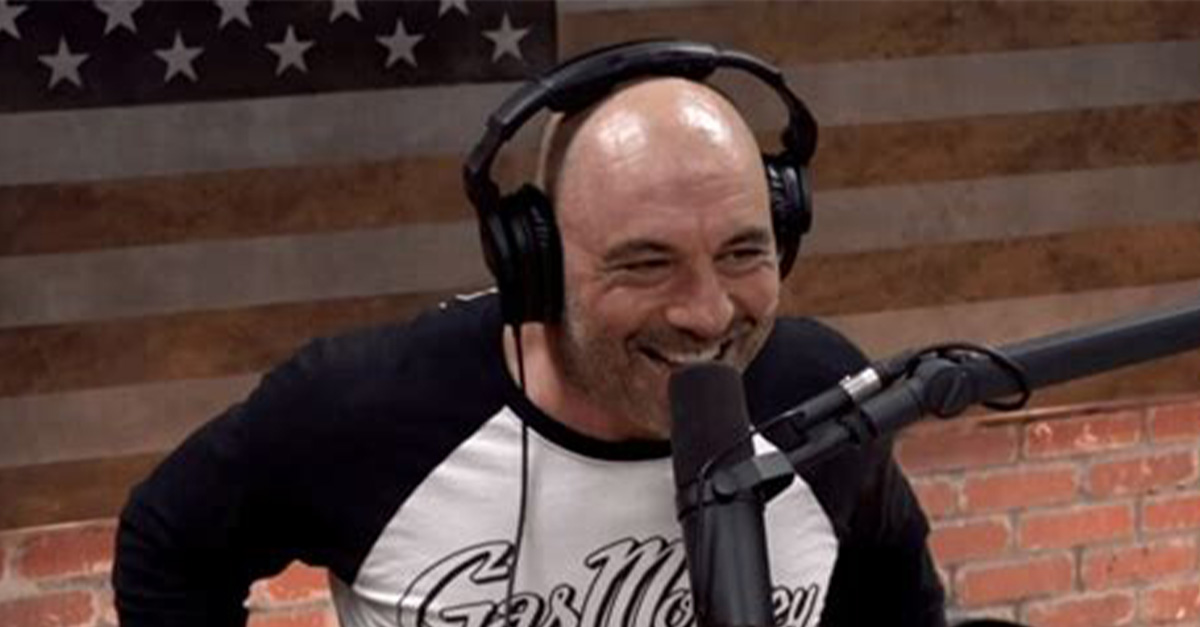 With an average of 11 million listeners per episode, Joe Rogan’s podcast is the most popular in the world, but his consistent questioning of COVID mitigation efforts has made him unpopular with the left, the media, and some in the field of science, leading to demands that Spotify shut down his program.

Rogan is one of the least favorite figures for the left and the mainstream media because he has in-depth conversations about COVID and other hot-button and taboo topics. Some want his podcast stopped because they think he is spreading misinformation, but others believe that legacy media feels threatened because he encourages people to think for themselves.

Many on the left already didn’t like Rogan for comments he made about transgender athletes, but he really drew disdain after he began discussing COVID with various experts, many of whom were outside of the accepted mainstream viewpoint. In June 2021, he had biologist Bret Weinstein on his show, during which Weinstein said, “Ivermectin alone, if properly utilized, is capable of driving this pathogen to extinction.”

Rogan announced that when he contracted COVID, his doctor treated him with ivermectin, saying, “We immediately threw the kitchen sink at it. All kinds of meds. Monoclonal antibodies, ivermectin, Z-pak, prednisone, everything. And I also got an anti-D drip and a vitamin drip.” Rogan said he felt well again after 3 days.

CNN’s Brian Stelter chimed in by saying that Rogan’s opinion is “not equal” to those who report for mainstream media outlets. “You think about major newsrooms like CNN that have health departments and desks and operations that work hard on verifying information on Covid-19. And then you have talk show stars like Joe Rogan who just wing it, who make it up as they go along.”

He added, “And because figures like Rogan are trusted by people that don’t trust real newsrooms, we have a tension, a problem, that’s much bigger than Spotify, much bigger than any single platform.”

Meanwhile, a coalition of “scientists, medical professionals, professors, and science communicators” sent a letter to Spotify and asked that Rogan be censored, stating, “By allowing the propagation of false and societally harmful assertions, Spotify is enabling its hosted media to damage public trust in scientific research and sow doubt in the credibility of data-driven guidance offered by medical professionals.”

They added, “Though Spotify has a responsibility to mitigate the spread of misinformation on its platform, the company presently has no misinformation policy.”

They continued, “As physicians, we bear the arduous weight of a pandemic that has stretched our medical systems to their limits and only stands to be exacerbated by the anti-vaccination sentiment woven into this and other episodes of Rogan’s podcast. This is not only a scientific or medical concern; it is a sociological issue of devastating proportions and Spotify is responsible for allowing this activity to thrive on its platform. We, the undersigned doctors, nurses, scientists, and educators thus call on Spotify to immediately establish a clear and public policy to moderate misinformation on its platform.”

Musician Neil Young gave Spotify an ultimatum, saying that the platform either had to remove Joe Rogan or he would have his own music removed from Spotify in protest. Other musicians, including Joni Mitchell, have now also pulled their music.

However, Rogan has plenty of strong supporters, from both sides of the political aisle. Tulsi Gabbard, a former Democrat congresswoman, blasted the calls to shut down Rogan’s show, tweeting: “I get the feeling some people are using @joerogan’s COVID interview as a pretext to silence his voice because he’s not woke. Zealots of wokeism try to censor voices who don’t agree with yours, because they fear the absurdity and weakness of their positions will be exposed.”

Fourth Watch editor Steve Krakauer told Fox News Digital, “Joe Rogan is a liberal, but it almost doesn’t matter what he is politically. The biggest difference between Rogan and the consensus pushers in the legacy media is that he’s curious — he approaches topics with humility and interest, and brings deep conversations to his audience without drilling into their heads how they should think.”

“It’s the antithesis of our arrogant gatekeepers, who spend so much energy attempting to convince their audience how they should think and feel, to the detriment of their own credibility. Has Rogan hosted conversations on his podcast where guests, or he, have made dubious statements? Absolutely. But the difference between Rogan and the establishment press is these statements are made not in the context of a veneer of absolute truth, but in a free-flowing exchange of ideas and conversation.”

NewsBusters managing editor Curtis Houck said, “Despite having had a long career in Hollywood and supported politicians like Bernie Sanders, none of his past behaviors are enough in the eyes of today’s left. It’s conform or be silenced.”

He added, “It’s twisted and, quite frankly, lame brained for them to voice support for free speech and the First Amendment but insist Rogan shouldn’t be allowed to have a prominent platform…. It’s not only important to point out how he’s not to be confused with a conservative, but it’s almost an imperative to illustrate just how authoritarian and close-minded too many on the left have become.”

Spotify has since announced that it would add a content advisory to “any podcast episode that includes a discussion about COVID-19,” but it refused to drop the Joe Rogan Show.

Contrary to the claims of the letter, Spotify has no responsibility to stop Rogan from speaking or to label his content as misinformation. This concept of misinformation is a way for the left to shut down any opinion that doesn’t match up with their own. As Rogan notes, misinformation is hard to apply in the case of COVID considering we don’t know much about COVID and the supposed experts constantly change their minds.

And clearly that’s a true statement, as the CDC has changed its stance on masks numerous times, the FDA has placed safety warnings on the Johnson and Johnson vaccine after insisting that it was safe and effective, and the CDC and the Surgeon General now admit that, contrary to earlier assertions, those who are vaccinated and boosted can also be infected with and transmit the virus. Anyone who said those now-approved facts in 2021 were censored, banned from their social media accounts, or smeared.

Mainstream media’s view of misinformation is that viewers are so stupid that they need the media to tell them what to think, rather than presenting them with all the information and opinions available and allowing them to make an informed decision. That’s the non-cynical view. The scarier possibility is that the media knows that the public isn’t stupid and is trying to censor all but approved voices and content in order to brainwash them into believing a lie (or many lies) told by those in power in order to advance a political and ideological agenda.

The media (and other artistic and cultural institutions) once spoke truth to power, but they have now become reflexive censors and propagandists for the powerful. One can only hope that one day they’ll look in the mirror at what they’ve become and feel genuine shame. 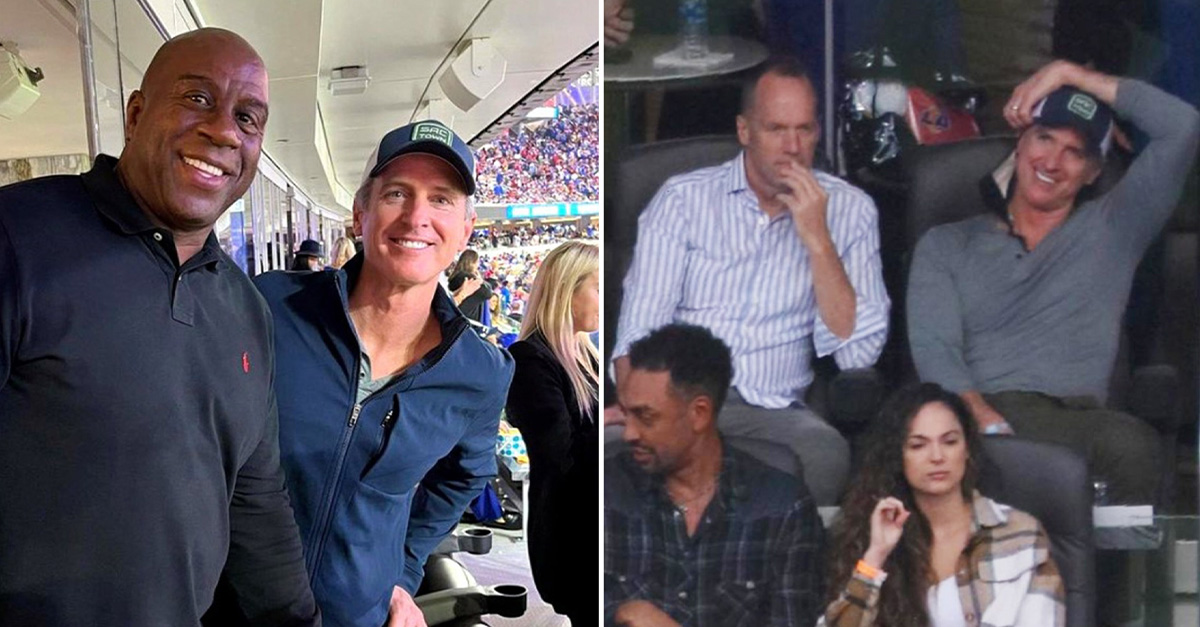 In latest example of ‘rules for thee but not for me,’ California Gov. Gavin Newsom is once again caught flouting his own COVID rules