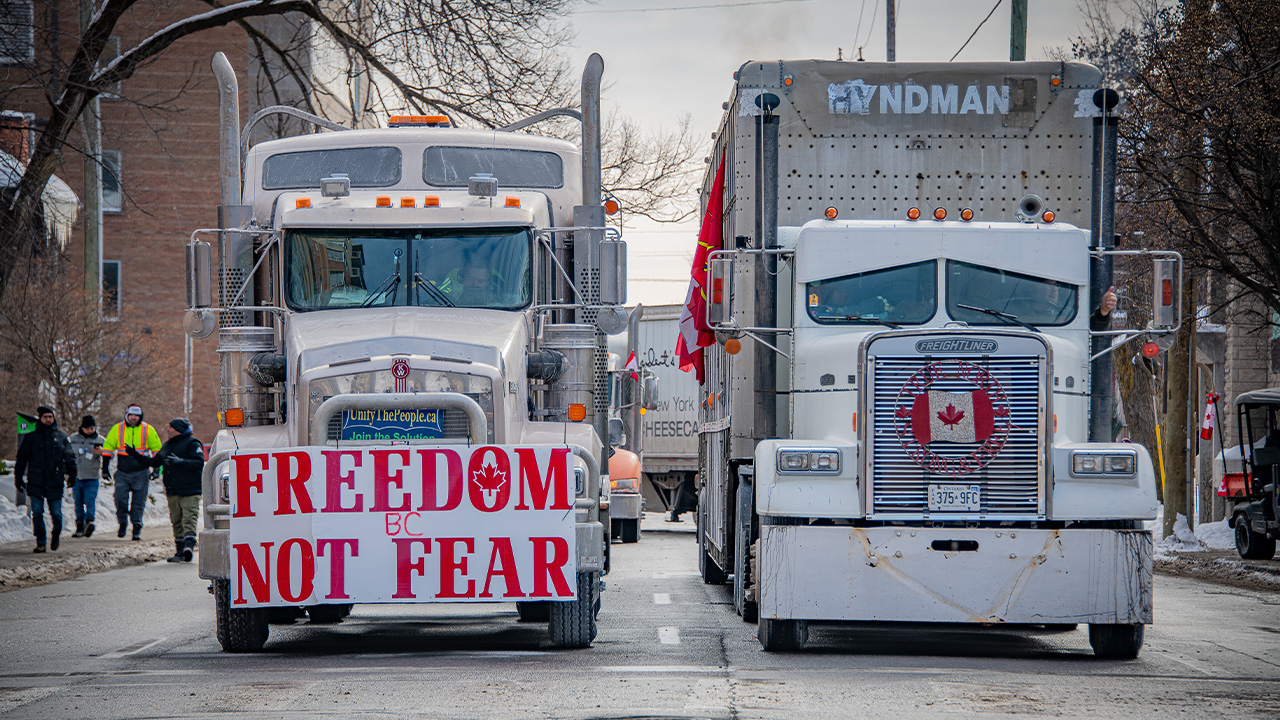 UPDATE: Canadian Prime Minister Justin Trudeau announced earlier this afternoon that he is revoking the Emergencies Act that he invoked on February 14 to shut down the Freedom Convoy protests. Parliament had approved a 30-day extension of the act, which gave the government unprecedented powers to go after peaceful demonstrators, on late Monday night. His administration has also ordered banks to restore the more than 200 accounts of protesters and donors that had been frozen, including one reportedly worth $3.8 million.

“The situation is no longer an emergency, therefore the federal government will be ending the use of the emergencies act,” Trudeau said. “We are confident that existing laws and bylaws are sufficient to keep people safe.”

[Original Story can be seen below]

The Canadian Parliament overnight approved a 30-day extension of the Emergencies Act against the Freedom Convoy protesters, despite the lack of any active protests or blockades.

Trudeau invoked the Emergencies Act, effectively martial law, last week, which gave him and his administration the ability to suspend civil liberties, including due process; establish no-go zones; compel private companies, including tow truck companies, into government service; use force as necessary; and freeze bank accounts. Parliament was required to approve his use of the act within seven days, but the police raids didn’t wait until Parliament was done debating. “They literally canceled Parliament,” according to an episode of the Ezra Levant Show. “The police told Parliament not to meet. I mean, the decision-making is by the police now, Parliament is just a hood ornament.”

In Ottawa, the Royal Canadian Mounted Police (RCMP) and police units brought in from other provinces, some armed with automatic weapons, moved in on the protesters and systematically pushed them back away from the center of the city, even breaking out the windows of trucks and campers with bats, dragging people out of their vehicles, and arresting them. They also deployed pepper spray and charged the crowds on horseback, in one case trampling and injuring two people, including an indigenous woman in a wheelchair. There have been reports of protesters being beaten, including one instance caught on video where a trucker lying on the ground with his hands behind his back was repeatedly kneed in the ribs and back by a police officer.

Reports have also emerged of Trudeau directing the police to attack journalists, as they sought to further shut down filming and media coverage of the police’s abusive crowd control tactics. Leaked text messages later showed members of the RCMP bragging about their use of brutal force against the Freedom Convoy protestors.

One protester told Fox News: “On our side, it’s just a bunch of love. On the alternate side of things, it’s not so pretty. They won’t really look at you. They won’t speak to you. It is very robotic and unhuman, really.”

By the end of the weekend, Canadian authorities announced that they had arrested 191 people and filed 389 charges, as well as towing 99 vehicles.

There are currently no active protests or blockades in Canada, but during a press conference on Monday as Parliament prepared to debate the extension, Trudeau said an extension of his emergency powers was necessary to “stand up for public safety and the freedom of Canadians” and “the responsible thing to do.”

Trudeau suggested that the vote was also a confidence vote, meaning that a rejection would force him and his administration to resign, necessitating a new election. “I can’t imagine that anyone who votes ‘no’ tonight is doing anything other than indicating that they don’t trust the government to make incredibly momentous and important decisions at a very difficult time,” Trudeau said.

Even before the vote, Trudeau’s administration had also begun moving to seize digital financial assets in addition to freezing individuals’ financial property. The Canadian government said it will continue to work to bring crowdfunding and payment service providers, two of the most direct ways for online transactions, under the permanent control of a government agency. The broadened power requires all forms of digital transactions, including cryptocurrencies, to be reported to the Financial Transactions and Reports Analysis Center of Canada, also known as Fintrac. This comes on the heels of the Canadian government seeking to empower banks and financial institutions to “temporarily cease providing financial services where the institution suspects that an account is being used to further (the protests).”

Chrystia Freeland, the Canadian finance minister, said that the government was seeking to broaden the “scope of Canada’s antimony laundering and terrorist financing rules,” noting that the Trucker convoy had “highlighted the fact that the Canadian government’s pre-existing surveillance powers had not any prior authority over the spread of cryptocurrencies.” This action comes on the heels of the government’s weaponizing the Emergencies Act to “freeze bank accounts, cancel insurance policies, without so much as a court order.”

The government’s justice minister suggested that private citizens who donated to the Freedom Convoy could also have their accounts frozen, and at least one woman was fired from work in the Ontario provincial government for making a $100 donation to the convoy.

Trudeau’s invocation of the Emergencies Act has been condemned by several Canadian civil liberties organizations, the editorial board at The Economist, Newsweek magazine, and even the government of Iran.

In the U.S., Sen. Rand Paul, R-Ky., denounced Canada’s use of the Emergencies Act as “very, very dangerous.” He noted that similar emergency laws exist in the United States that could be used to suspend civil liberties, crush dissent, and provide the President with the ability to shut down the Internet nationwide.

Herrell said in an interview with Fox News that “Trudeau’s introduction of this Emergencies Act is way out of line and it is heavy-handed, it’s a crackdown, and issues like this do not deserve or warrant what he is trying to do. Truly this is an attack on those who want to peacefully protest, and protect, at the end of the day our freedom.”

The New Mexico lawmaker went on to explain that the legislation would offer political asylum for anyone in Canada seeking to find shelter from the government’s abusive use of the Emergencies Act, similar to offering refugees fleeing political hardships in other countries, such as Cuba and Venezuela.

Rep. Herrell also said that, like Sen. Paul, she is worried that similar oppressive, anti-freedom tactics such as those being implemented against the Freedom Convoy protestors in Canada could eventually make their way to the United States. “We need to send a message, that we are not going to accept these regime-type governments, not in Canada, not in America. It doesn’t matter what side of the issue you are on; we have always been a nation where you can peacefully protest. If we let the government get away with this, this is coming to a country near you, and we have to stand for freedom at this point.”

Historically, citizens of liberal western democracies have used protests, strikes, work stoppages, and other leverage to force their government to take notice of them and address their grievances. Civil rights protesters in the United States, for example, relied on boycotts, sit-ins, and civil disobedience. Unions have refused to work until they are provided an opportunity to negotiate or their demands were met; these include teachers’ unions, which have walked out of class and shut down schools, inconveniencing parents and harming the education of children.

And yes, they have even occupied cities and blocked roads and bridges. In 1974, thousands of small, independent, long-haul truckers in the U.S. slowed or stopped their trucks on highways across the country in protest of the high gas prices that had resulted from the OPEC crisis. Their actions snarled traffic, blockaded gas stations, delayed or stopped deliveries, and sent regular people to the phones to frantically complain to their congressmen. After a few stops and starts with politicians promising but failing to address the truckers’ demands, some participants resorted to tactics like harassment and violence against non-participating drivers, but ultimately the protesters worked together to shut down all commerce across the U.S.

Despite the fact that some protesters chose to engage in egregious tactics and unacceptable violence, no U.S. government leader painted the entire group of truck drivers as terrorists or insurrectionists or racists or anything other than working class people frustrated with government policy and worried about their livelihoods and their ability to pay their bills and provide for their families. In fact, many Americans supported the protests, despite the inconvenience, as they were also angry about the crushingly high gas prices. As such, then-President Richard Nixon, working in coordination with a Democratic governor who had once been a truck driver, had his administration sit down with a six-man team of truckers and hammer out a solution. The entire protest, which had resulted in nationwide food and goods shortages, 100,000 layoffs, and some deaths, lasted for more than two months.

To avert the current situation, Trudeau could also have sat down with the truckers and at least listened to their grievances. The truckers have legitimate economic and civil liberty beefs with the government, and many other Canadians support their willingness to take a risk and demand a change in the government’s COVID policy. Like Boris Johnson in the U.K., Trudeau could have lifted some or all COVID restrictions. Instead, he refused to treat the truckers as legitimate citizens with God-given rights and left them with no options but to either go home or rachet up their tactics to force the government to the negotiating table. They opted for the latter, but remained peaceful, if annoying, by occupying parts of Ottawa and blocking bridges.

Just two years prior, Trudeau himself had hailed the trucking profession as essential to a locked down society and encouraged everyone to “thank a trucker.” But that was when the truckers were doing what he wanted. When they refused to obey, he turned on them, choosing to pull the cruelest — and the least liberal — weapon from his arsenal and use it against his own people, many of them naturalized citizens who escaped to Canada from communist and authoritarian countries.

Trudeau’s instinct to use force as his default strategy when dealing with dissent is more in line with the Chinese Communist Party or the Soviet Union than the elected leader of a western democracy. Equally sad, though, has been the non-response by the Biden administration. Thus far, it has said nothing to condemn Trudeau’s egregious and over-the-top actions, just as it failed to speak out and stand up for protesting Cubans demanding freedom from its oppressive communist government last summer.

As Rep. Herrell noted, the United States has a proud history of standing up for peaceful protestors, but today, it seems that politicians only voice support for protesters who align with their political agendas. The U.S. is slowly fading in its role and reputation as the world’s greatest defender of human rights, and if we fail to stand up for freedom for even our beloved neighbor, who in the world will? 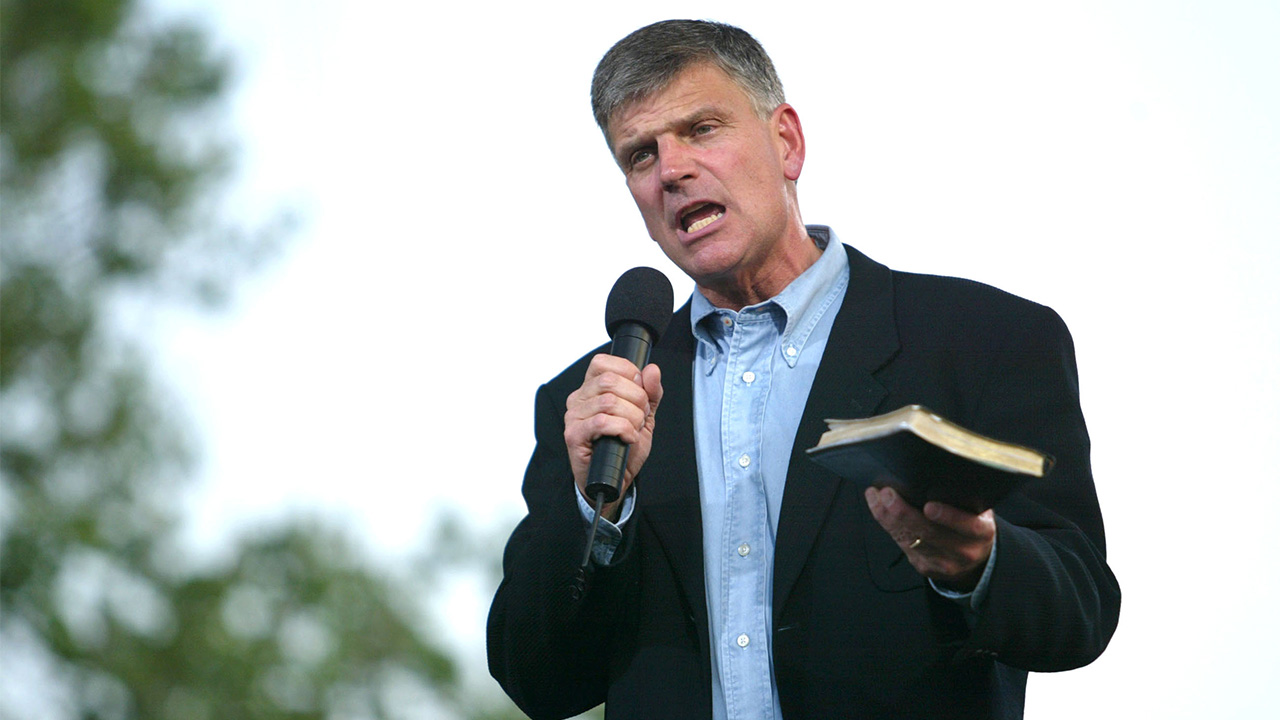