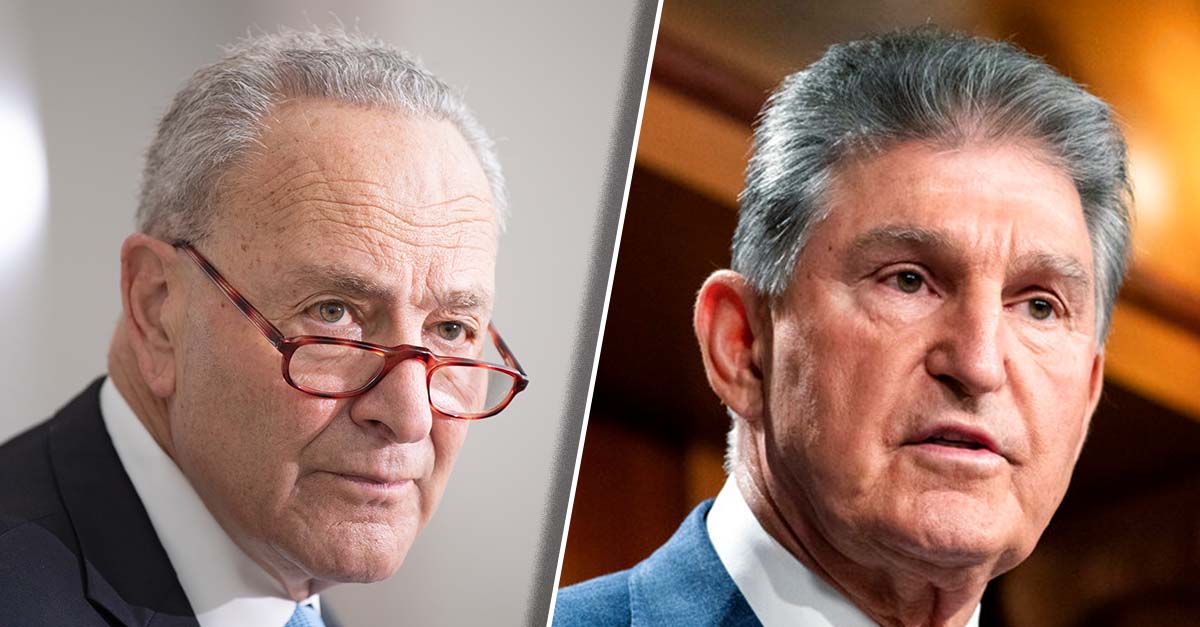 Deja vu all over again: Sen. Schumer tries to railroad Sen. Manchin, this time on radical voting bill and eliminating the filibuster

After failing to pass President Biden’s signature legislative priority, the “Build Back Better Act,” before the end of last year, Senate Majority Leader Chuck Schumer, D-N.Y., and his fellow Democrats are attempting to change Senate rules in order to make it easier to override opposition from Republicans and Sen. Joe Manchin, D-W.Va.

The rule in question is the legislative filibuster, one of the most important procedures in the Senate that prevents pure “majority rule.”  As 2022 begins, it appears the Democrats are taking that similar, aggressive approach that backfired when pressuring Manchin over the “Build Back Better Act.”

President Biden’s costly social spending and budget package appears to lack a pathway to move forward after Manchin declared on Fox News Sunday on December 17 that “he could not move forward with this legislation.” Additionally, on January 4, Manchin told reporters that “I’m really not going to talk about Build Back Better anymore because I think I’ve been very clear on that. There (are) no negotiations going on at this time,” echoing the senator’s previous position of being unable to support the mammoth bill.

As a result, Schumer has put a pause on Build Back Better, changed directions, and is instead emphasizing the need to pass a so-called “voting rights” bill that would result in the federal takeover of all state elections. With unified GOP opposition, the only way any legislation passes through a 50-50 Senate, outside of the budget reconciliation process, is by securing 60 votes on the “cloture motion” to end the legislative filibuster. To do away with the rule, Democrats would need 50 plus 1 votes to eliminate the filibuster — something they currently do not have.

Although Schumer has threatened to hold a vote on a proposed rules change to the filibuster on January 17 if the GOP blocks the Democrats’ election reform package, Manchin has come out against the rules change if no Republicans support it. He said, “Being open to a rules change, that would create a nuclear option. It’s very difficult. It’s a heavy lift.”

Manchin is clearly skeptical that even a minor rules change would ultimately result in abolishing the filibuster entirely, noting that, “Anytime there’s a carveout, you eat the whole turkey, (and) there’s nothing left.”

Sen. Krysten Sinema, D-Ariz., has also come out against reforming or eliminating the legislative filibuster.

So, instead of promoting bipartisan solutions that Manchin has repeatedly endorsed, Schumer is attempting to use his tactical and political power as the Senate majority leader to force Manchin to take what many Democrats view as a career-defining vote on “voting rights” and filibuster reform.

However, from Manchin’s point of view, it may not be a difficult vote for him to make at all, as he represents a conservative-leaning state that overwhelmingly backed President Trump over President Biden. Manchin certainly knows his constituents better than Schumer does, and so he certainly knows that they strongly oppose a one-party takeover of federal elections — not to mention the proposed demolition of the filibuster.

Even prominent figures specializing in data and elections, such as Nate Silver, editor-in-chief of election prognosticator website FiveThirtyEight, has gone on the record stating that Democrats “don’t have any real leverage over Manchin.”

Furthermore, Manchin reiterated his opposition to Schumer’s proposed rules change on Tuesday, preferring that any election legislation or rule change “should be acceptable to both Republicans and Democrats, and) that a bipartisan solution to the concerns of both parties could be found.” Manchin’s position proves that the strategy of Schumer and the Senate Democrats will likely meet the same fate when it comes to changing the filibuster as it did with the Build Back Better Act; ultimately, it’s Joe Manchin who decides what gets through the Senate and what doesn’t. Furthermore, no primary to Schumer’s left, from the likes of U.S. Rep. Alexandria Ocasio-Cortez or any other progressive politician from New York, will change that underlying reality.

The previous and ongoing bust of the Build Back Better bill is truly a boon for our nation. As Russ Vought, former director of the White House Office of Management and Budget (OMB) under President Trump, has said, “Manchin deserves credit for stopping a breathtaking attempt to reshape our country.”

This legislative monstrosity, this massive intrusion of the federal government into every age and stage of our lives as free citizens, currently has a price tag well north of $4 trillion dollars, according to the Committee for a Responsible Federal Budget. Responsible, fiscally conservative citizens will shed no tears for the fact that Manchin has put the massive social and climate spending project on ice. As Vought also noted:

“It is not yet clear whether Manchin intends to support cheaper versions of the bill. Even at $1.75 trillion, the legislation would still endanger the economy, and inflation has risen to new levels even since Manchin set his limit. But what seems clear is that any compromise will no longer be transformative. Any surviving bill would still be costly and bad policy, perhaps, but no longer able to broadly reshape our country. And for that, Sen. Manchin deserves our thanks.”

However, the threat from Sen. Schumer to eliminate the legislative filibuster is of serious concern. And it teaches us one very important lesson: The left, progressives, and politicians like Sen. Schumer have a very dangerous understanding of democracy. You see, they think of democracy the same way that six wolves think about democracy when hanging out with five sheep and voting on what’s for dinner — majority wins, right?

Of course, that’s not how it works in our Constitutional Republic. And that is certainly not how it is supposed to work in the Senate, which, historically, has been an institution that is supposed to be slower and more deliberative than the House of Representatives. The legislative filibuster is one of the tools in our democracy that preserves the voice of the minority party. Senate Democrats would be taking an almost unprecedented step in eliminating it — and succeed at effectively destroying the influence of the Senate by rendering it as little more than a significantly smaller House of Representatives.

For now, Sens. Manchin and Sinema appear to be standing up for our unique American system of checks and balances and slow, deliberative, non-radical change, and if they continue to remain strong and hold the line, they will deserve our thanks for this as well. 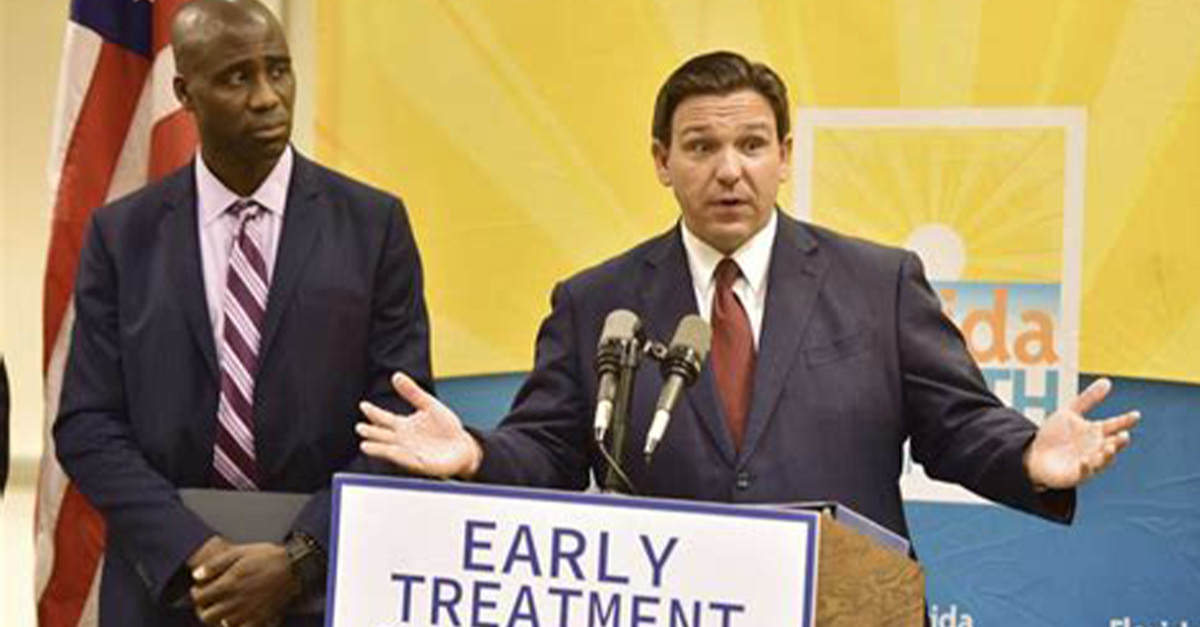