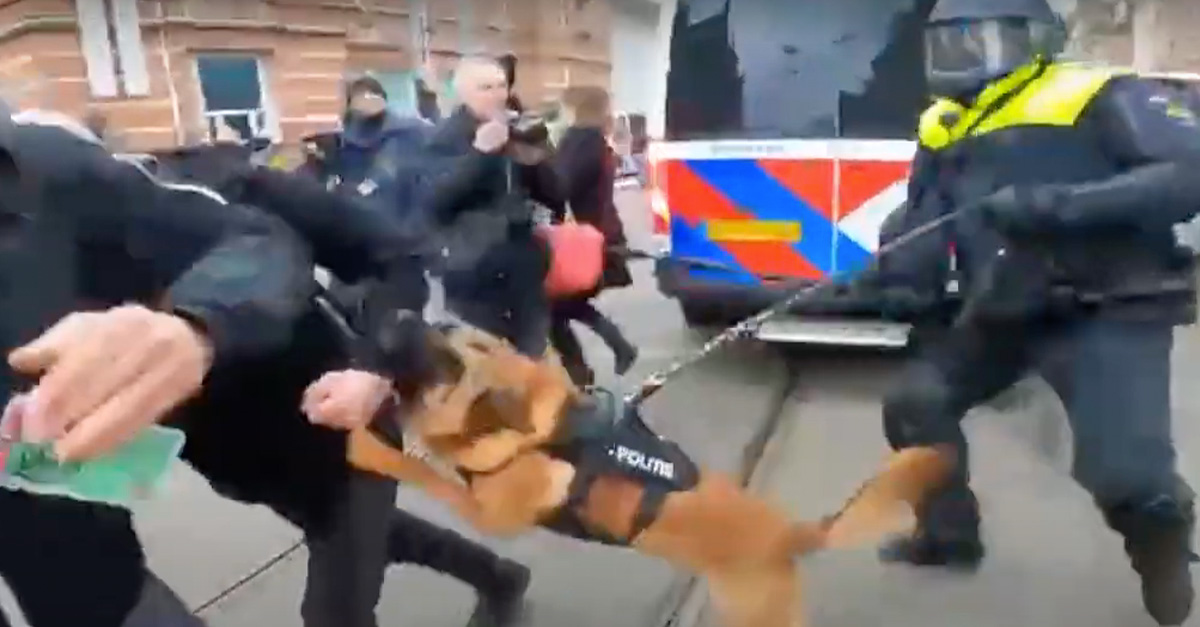 As the ACLU predicted, pandemic lockdowns and vaccine mandates lead to protests, police brutality, and mass arrests around the world

Protests in Germany and the Netherlands led to violence and arrests as police confronted anti-lockdown protesters upset about extreme COVID restrictions, while police arrested five anti-vaccine mandate protestors in Brooklyn over the weekend.

As the holiday season hit full swing, European governments and major U.S. cities suddenly put into place new and severe lockdowns and mandates, causing citizens to push back and publicly demand their governments let them live normal lives without interference.

In Amsterdam, thousands of protestors gathered to march against austere new restrictions despite a government ban on the gathering. They held signs that read, “Less repression, more care,” “It’s not about a virus, it’s about control,” and “Stop World Control.” One protestor was seen wearing jail inmate attire. Riot police were sent in to disperse the crowds using water cannons, batons, and dogs. Authorities claim they did so because they were concerned that violence might break out.

As the police moved in, however, there were multiple clashes between protestors and riot police, leading to violence. Police dogs were seen attacking marchers in the crowd, and one protestor who attempted to break through the police line was mauled by a police dog and beaten with batons.

In Germany, protestors took to the streets in various places. About 10 officers were injured in Bautzen. Eight police officers and several people — including a 4-year-old child — were injured in Schweinfurt, where police arrested 3 protestors and fined another.

Germany has placed limitations on private gatherings, only allowing 10 vaccinated people to attend. If an unvaccinated person is present, only one other household may attend. “Now is not the time for parties in large groups,” Chancellor Olaf Scholz said as the government attempted to curb large New Year’s parties.

Germans are also banned from attending sporting events, concerts, and other large events.

In the United States, protestors at a New York Burger King were arrested. New York City requires people to show proof of vaccination to dine indoors. After protestors did not provide such proof and refused to leave, the police arrested five of them. Mitchell Bosch, one of those arrested, had already been arrested for refusing to leave two other restaurants. The protestors allegedly shouted at Burger King employees for not serving them and shouts of “Shame on you” could be heard directed at police.

Protests against these repressive COVID restrictions have taken place across the West for months. People are tired of being controlled by authoritarian governments who show no signs of allowing life to return to normal. When people try to protest peacefully, these supposedly liberal governments send riot police to silence them.

Let’s be clear, engaging in violence against police, or anyone else for that matter, is not acceptable. Yelling at employees of a restaurant for obeying health orders they had no say in implementing is not acceptable. Yet the heavy-handed approach of dealing with protestors whose only crime is gathering to protest absurd COVID restrictions that prevent people from living life and is resulting in all kinds of social, economic, and psychological harm is only exacerbating the situation.

These people wouldn’t have to protest if governments respected their rights. Protests wouldn’t turn violent if police didn’t try to force people holding signs and demanding their freedom to go home.

This only stops when the government recognizes that it cannot completely control the spread of a highly contagious virus through force, just as it cannot ultimately control its citizens’ natural inclination to live as free people.

As the ACLU warned 14 years ago in a document outlining the likely consequences of governments taking a law enforcement approach to a pandemic, “Too often, fears aroused by disease and epidemics have justified abuses of state power. Highly discriminatory and forcible vaccination and quarantine measures adopted in response to outbreaks of the plague and smallpox over the past century have consistently accelerated rather than slowed the spread of disease, while fomenting public distrust and, in some cases, riots.”

So here we are a full two years after COVID-19 appeared, and yet its spread has only accelerated and shows no signs of abating — despite economic and social lockdowns; mandated mass vaccinations; censorship and persecution of dissenting voices, including medical experts; the destruction of individual liberties, and the harassment and arrests of people doing nothing more than trying to exercise their God-given rights to speak, assemble, work, and worship. In Quebec this week, the government even went so far as to impose a curfew on walking your dog after 10 p.m., when apparently, by bureaucratic logic, the virus becomes more contagious and dangerous.

The madness needs to stop. It’s time for governments to stop doubling down on coercion and control because all they’re doing is destroying the very societies they say they want to protect. As the ACLU predicted accurately enough, when governments use brute force to try to control a public health crisis, “People, rather than the disease, become the enemy.” 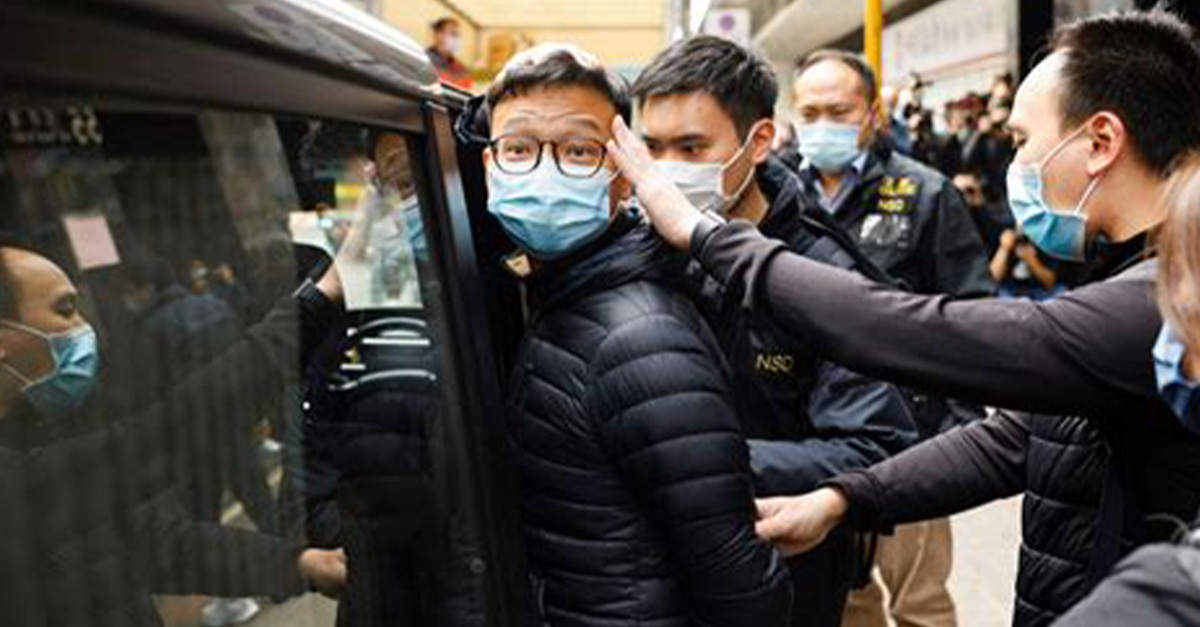