Evil forces overrunning Afghanistan. The haunting memory of the death and tragedy of 9/11, now 20 years later. Our increasingly hostile and fractured social fabric. The demonic reaction and outrage over a good faith effort in Texas to save the lives of the unborn.

I don’t know about you, but in light of the evil that grips our fallen world, when I go to church, I desperately need to sing songs full of future-world hope. Real hope. In God.

Frankly, worship songs focused on “sloppy wet kisses” or driven by hyper-emotionalism and musical manipulation to generate a fleeting, spiritual high just aren’t going to cut it. Nor will hymns that, through their lyrics, fix the focus on us, fallen man, instead of on God, the truly awesome Creator, and His attributes.

These are just a few of the issues with much of the modern worship music found in many consumeristic, watered-down, mainstream evangelical churches these days. To put it bluntly, it’s weak worship. And in these hard times, it won’t hold up.

Instead, consider these resounding words, time-tested and full of glorious doctrine:

“A mighty fortress is our God, A bulwark never failing: Our helper He, amid the flood of mortal ills prevailing.”

As I belted out this stanza a few Sundays back — along with hundreds of other Christians in the sanctuary joining the chorus — I must confess I did feel a tangible, emotional surge, an increase in sure hope and steady confidence.

Not in myself, of course. Not in a frothy moment of zeal. Not in the fellow believers around me, as wonderful as they are. Not in the pastor who was going to preach shortly, and a powerful message at that. Not in the direction of our country, which I love dearly. Not that everything in this life will be easy or end well.

But in God. In the God of the Christian faith, who truly is a “Mighty Fortress” that will never fail.

This moment made me realize something: If we are going to stand strong against the dark days descending on Christians in America, we need to recover hymns like these. Hymns that give us hope in God’s glory.

And, when the soft-totalitarianism of the present moment turns into full-on persecution — hymns we can sing behind bars.

In case you didn’t know, that stanza is the first line of “A Mighty Fortress Is Our God” — a song often referred to as the “The Battle Hymn of the Reformation.” Fittingly so. The lyrics envision an epic, cosmic battle. The words are full of the imagery of warfare: A fortress, an ancient evil enemy — “the Prince of Darkness grim” — striving, triumph, danger, fear, doom, mortal death, and a victorious Kingdom that will endure forever.

Penned by Martin Luther, the 15th century monk who was captivated by the grace and power of God to lead the Protestant Reformation, “A Mighty Fortress Is Our God” has indeed endured the test of time. It echoes down throughout the last 500 years of church history. When it rings out in churches today, it exhorts Christians in the 21st century to draw their hope from the same overrunning well that the rag-tag band of reformers drew from to find courage in their time: That no matter what, God will win.

What’s Past is Needed for the Present

In this moment of God-grounded optimism, it struck me: “A Mighty Fortress Is Our God” — this centuries-old battle hymn — may be the exact anthem that we, as Christians in America today, need to recover for our modern moment. Both this song and other songs like it.

We need this song of steel to sing in the fading twilight of the West, to hum under our breath in this age of seemingly “mortal ills prevailing.” To chant around the dinner table with our families as the forces of evil are on the march, overrunning much of what we have held dear for so long.

The hard reality that we must face is that the light of our nation’s Christian heritage — a largely shared social ethic and morality that either hewed to a Judeo-Christian worldview or at least tolerated its existence — is swiftly slipping away, soon to be out of sight over the far horizon. There is no time-turner at hand to bring the sun back up out of the water. The dusk we are already in, and the darkness to follow, seems prevailing.

Our government is increasingly tyrannical. The sexual revolution has worked its woe, wrecking the value of life and intimacy. Marriage is profoundly misunderstood and the God-given institution of the family is under increasing assault. Hormone-blockers are given to teenagers who, in their deep confusion, are being socially engineered to think they can actually change their gender. Sons are ripped from fathers and given to mothers who want to turn them into girls. The enforced tyranny of transgender pronouns will suffer no dissenters. Abortion access and the widespread acceptance of its brutality is only on the rise, with horrific laws in New York and Virginia, for example, allowing abortion almost up to the moment of birth. Public schools are insanely re-segregating, informed by the poison of Critical Race Theory, breeding animosity and disunion. Canadian pastors are dragged off by provincial authorities for faithfully gathering their churches. Against this rising tide of wickedness, there is no doubt that “Did we in our own strength confide, our striving would be losing.”

As historian and theologian Carl Trueman recently put it, “The days when Christians could be both respected by their society and faithful to their beliefs are drawing rapidly to a close. The terms of membership in civic society and in the church are becoming increasingly antithetical.”

So, as Christians are increasingly ostracized, persecuted, and forced to retreat from the public square, where will we run to? Not physically, but spiritually. Where will our hope be held secure? If we had mistakenly placed our true hope in politics, our heritage, our founding, or our Constitution, those will soon be shown to be paper fortresses with foundations built on sand.

Instead, let us sing with joyful voices that:

“Though this world, with devils filled, should threaten to undo us, we will not fear, for God hath willed His truth to triumph through us.”

God, and only God, must be the sole proprietor of our hope and confidence. Into His mighty arms and outstretched hand, we must put all of our faith.

Despair is Not the Christian Inheritance

I know that many Christians see the evil that is gripping our nation and the West and feel a deep sense of foreboding. Of despair. Of anger or resentment. I know, because I am tempted to indulge those fears as well.

But more than any political messiah, movement, or rally, Christians need songs like this one — this exultant declaration of God’s sovereign power and certain victory — to sing as we prepare to join the battle.

Because we know that in the end, if we are in Christ, we will triumph. It’s not a matter of “if” but rather “when.” As surely as the grave is empty, the Word of God is reigning in power. The “right man” is on our side, the “man of God’s own choosing”:

“Dost ask who that may be? Christ Jesus, it is He; Lord Sabaoth is His name, From age to age the same, And He must win the battle.”

Christ Jesus, it is He! Take heart, weary wayfarer and tired pilgrim: Christ has won — and is winning — the battle. He is the true once and future king. His Kingdom is forever. So, lift your eyes to that horizon. One day He will return and shatter the spiritual darkness, flooding it with blinding light and bringing His people home to be with Him in glory forever.

No Defeat. No Retreat. But Confident Engagement.

To be clear, this isn’t a call to defeatism on one hand, or escapism on the other. Instead, I want to see Christians across our land so unswervingly confident in Christ’s present reign and future final victory that they laugh in the face of the dark days. So confident that, despite the threat of the invading armies, they keep laboring to build a better present as much as they can. When our hope is secure in the fortress of God’s love and might, then we will be brave enough to step out beyond the walls and face the teeming hordes. Despair starts to drip into our veins only when what we had our hope in is proven faulty or starts to fail.

But “A Mighty Fortress Is Our God” reminds us that in the Lord our hope never fails. Despair is off the table. Certain triumph is our inheritance. And that sure hope grows ever brighter, like the sun as it rises from the muted hews of dawn to the full brightness of noonday.

So, as we wait, we labor; as we resist, we fight; and as we step out from our sanctuaries after church on Sunday, let us hum this battle song under our breath and go forth bravely into the world. Remember that in the end, the Word — Christ incarnate — will triumph over the world, the flesh, and the devil. For:

“That word above all earthly powers — No thanks to them — abideth; The Spirit and the gifts are ours, Through Him who with us sideth. Let goods and kindred go, This mortal life also: The body they may kill: God’s truth abideth still, His kingdom is forever.”

You Need a Church that Sings Hymns like this One.

As a closing, practical point of exhortation: If you aren’t a member of a church that sings hymns like this and others, go find one. Find a church that preaches God’s Word faithfully, holds out the uncompromised Gospel of Christ, and sings songs that take your eyes off of you and fixes them on the throne of God above. Strong songs, full of rich theological lyrics, that proclaim this glorious reality. This is the hope we need in these dark days. This is indeed an anthem for our time. Let’s recover it, reclaim it, and remember that, come what may, God is our mighty fortress, never failing. His Kingdom — and His alone — is forever. 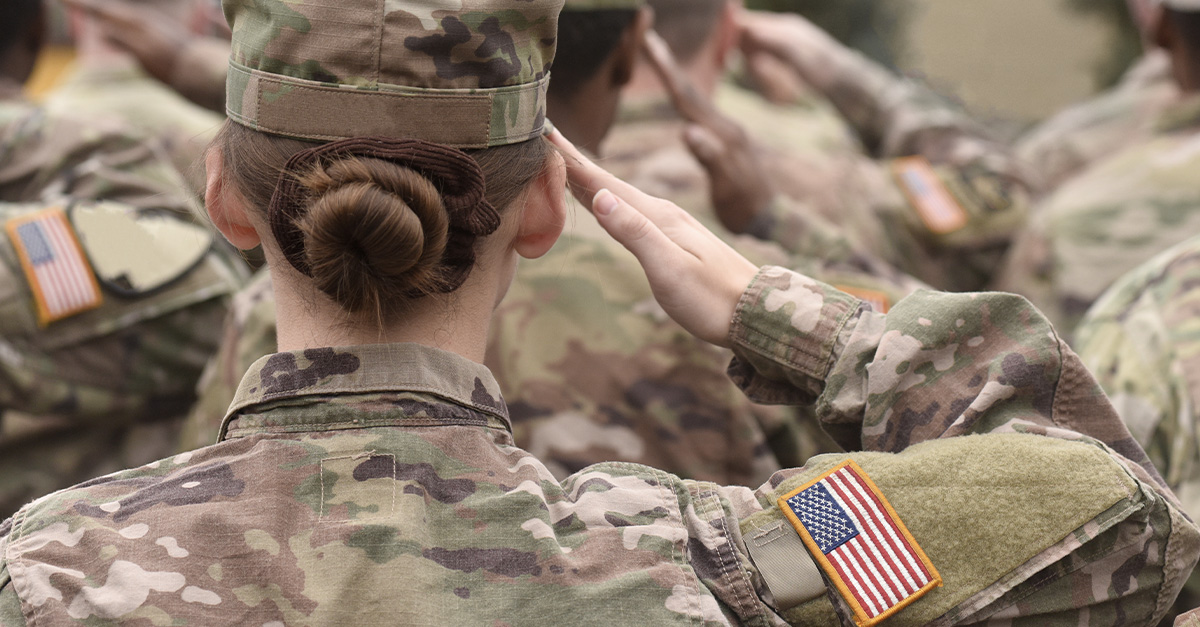