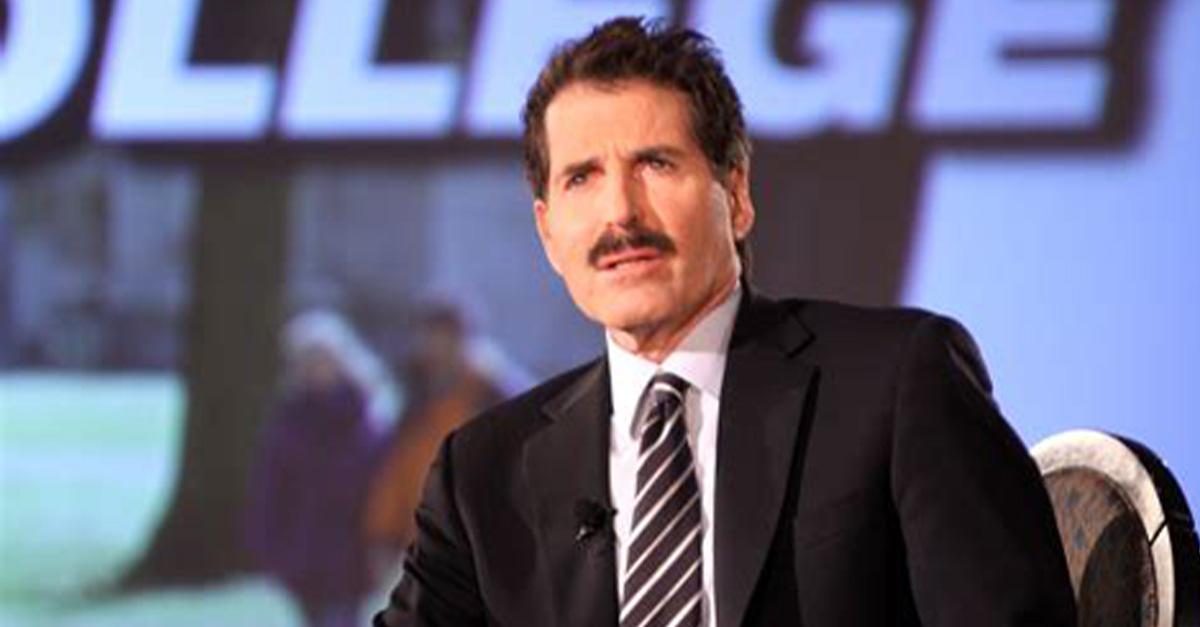 Acclaimed journalist John Stossel has filed a defamation suit against Facebook for placing a fact check on a video he created that claimed Stossel had made false and misleading statements about the causes of the recent California wildfires.

Stossel’s suit, filed in the U.S. District Court in San Jose, reads:  “This case presents a simple question: do Facebook and its vendors defame a user who posts factually accurate content, when they publicly announce that the content failed a ‘fact-check’ and is ‘partly false,’ and by attributing to the user a false claim that he never made? The answer, of course, is yes.”

The controversy arose after Facebook fact-checked Stossel’s video entitled “Government Fueled Forest Fires.” The video addressed what Stossel called sensational media reporting about the fires that claimed they were part of a “climate apocalypse.” Stossel’s video did not claim that climate change was not a factor in the fires but did say that it was not the chief cause. Instead, he reported, forest management was the chief culprit.

To make his point, Stossel interviewed several sources, including Michael Shellenberger, the founder of Environmental Progress who was once named a “Hero of the Environment” by Time magazine, and Hugh Safford, an ecologist for the U.S. Fire Service. The video also featured statistical charts, discussed the history of fires in California, included news footage, and pointed out the fact that even Gov. Gavin Newsom has started embracing a fire management policy that allows for more tree- and vegetation-cutting and other tactics in hopes of minimizing such massive out-of-control wildfires.

Stossel says he never made the claim that climate change doesn’t cause forest fires. “In the last year,” the complaint reads,

“Stossel posted on Facebook two short video reports in which he interviewed experts in the climate change arena about facts and data that Defendants concede are true. Without identifying a single false fact contained in the video reports – and in one instance, apparently without even bothering to review the video at all – Defendants publicly announced that Stossel’s reporting had failed a ‘fact-check.’ In one video, Defendants falsely attributed to Stossel a claim he never made, and on that basis flagged the content as ‘misleading’ and ‘missing context,’ so that would-be viewers would be routed to the false attribution statement.”

“To the second video,” the document states,

“Defendants affixed a ‘partly false’ / ‘[contains] factual inaccuracies’ label, despite Defendants’ knowledge that the content contained no false facts. When Stossel challenged Defendants on their false attribution and labels, Defendants’ reviewers explained that the judgment was based on Defendants’ displeasure with the ‘tone’ of Stossel’s speech, with what it allegedly ‘implies,’ and with the ‘broader claims’ it was exploring – not about any false facts it contained.”

Stossel alleges that he was given no avenue to contest the fact check and that his viewership has plummeted since the fact check.

Facebook says that the post was checked by Climate Feedback, an independent organization that verifies “the credibility of influential claims and media coverage that claims to be scientific” on the topic of not just climate but also health. The vast majority of its reviewers work in academic settings, and Climate Feedback says all of them hold PhDs. On the site, any article that questioned climate change or presented a different theory on its cause is ranked as “inaccurate” or “very low” in scientific credibility.

In a follow-up video, Stossel actually interviewed two of Climate Feedback’s reviewers, but they claimed they never saw Stossel’s video and never flagged it as false. The organization’s editor for climate, Nikki Forester, who has a PhD in ecology and evolutionary biology and wrote her research dissertation on plant-bacterial interactions, refused to speak with Stossel but did respond by email. She ultimately refused to remove the false and misleading label from Stossel’s video.

Facebook’s fact-check mechanisms should concern anyone who cares about not only free speech but investigative journalism and any other process that seeks the truth and not just the latest, popular consensus. Facebook has no expertise or even experience in environmental science, fire management, or any other complex topic, and Climate Feedback has its own built-in bias and motivations, as seen in the fact that for a year its reviewers labeled as false any Facebook post that stated or even suggested that the COVID-19 virus was man-made.

When Facebook labeled Stossel’s video as false, it wasn’t because they had followed him into the field and re-interviewed his sources and determined that Stossel was blatantly lying or shading the facts to support his own conclusion.

In Stossel’s case, he was fact checked not because he made a false claim — forest mismanagement actually was a key factor in the California wildfires, as even Gov. Newsom now admits. He was fact-checked because his reporting did not reinforce Facebook’s desired goal of convincing people that climate change is a serious threat, or more accurately, that it is the most serious threat, lest anyone be confused about or forget that contention. In Facebook’s world, no one is allowed to question or dispute that belief, not even by omission.

When someone is accused of lying or misreporting facts on Facebook or Twitter or any other Big Tech platform, they have no recourse. No explanation, no appellate process, no redress. That is a clear indication that Big Tech has way too much power over the free flow of information — or at least over the information that challenges or offends their belief system. And like any totalitarian-minded organization, Facebook and other social media giants censor, intimidate, and ruin people who are far more well-versed in the topic at hand, be they an investigative journalist, doctor, scientist, fire management specialist, or anyone else who works in a complex field. Like Stossel, too many have been erroneously fact-checked, shadow-banned, suspended, or driven off of social media for posting well-sourced, highly informed statements, reports, or even theories that fall outside what Facebook believes to be the truth.

The one fact here that doesn’t seem to be in dispute is that Facebook is a political activist organization more concerned with advancing the left’s agenda on climate policy than on being a communications utility that allows a diverse group of users to use their platform to engage in intellectual honesty and healthy discussion and debate. If Facebook and other Big Tech firms want to make contributions to the Democratic Party and left-wing causes by actively censoring information that might cause people to question leftist orthodoxy, then they should be treated as a political organization and have their Section 230 protections stripped away.

And in the meantime, a judge should rule against Facebook and give Stossel a hefty settlement. By using a fact-check to advance only those “facts” that Facebook wants the public to read and believe, they censored the truth, defamed John Stossel, and damaged his credibility and reputation as a journalist. If judges don’t start acting soon to right such egregious wrongs, they may soon find their own expertise “fact-checked” and silenced. 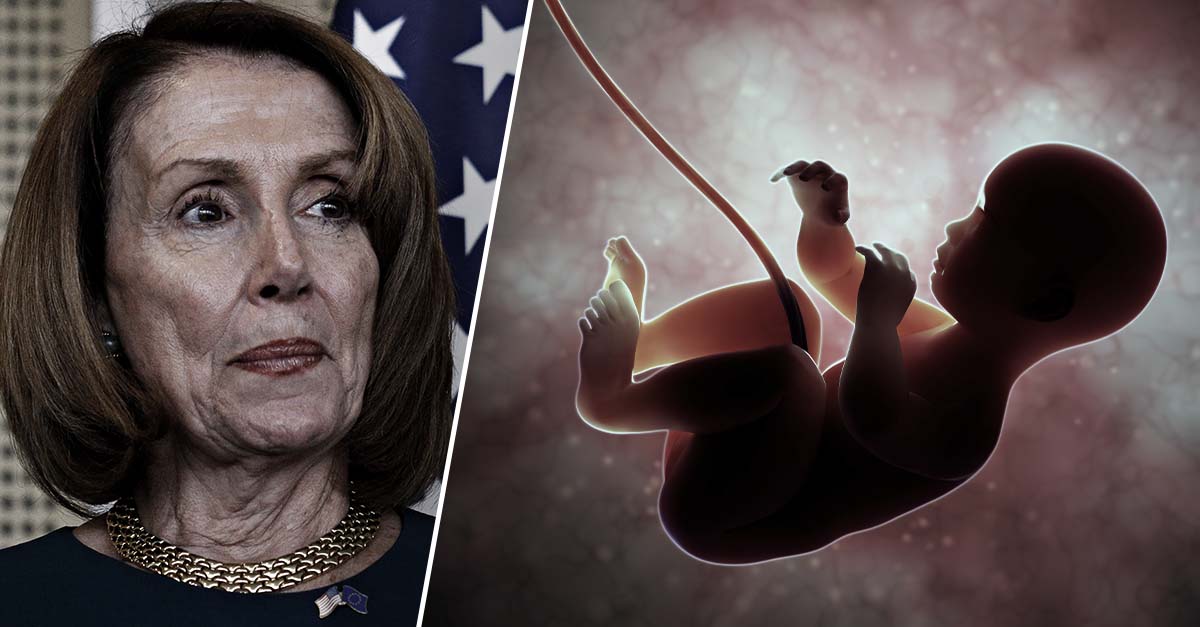