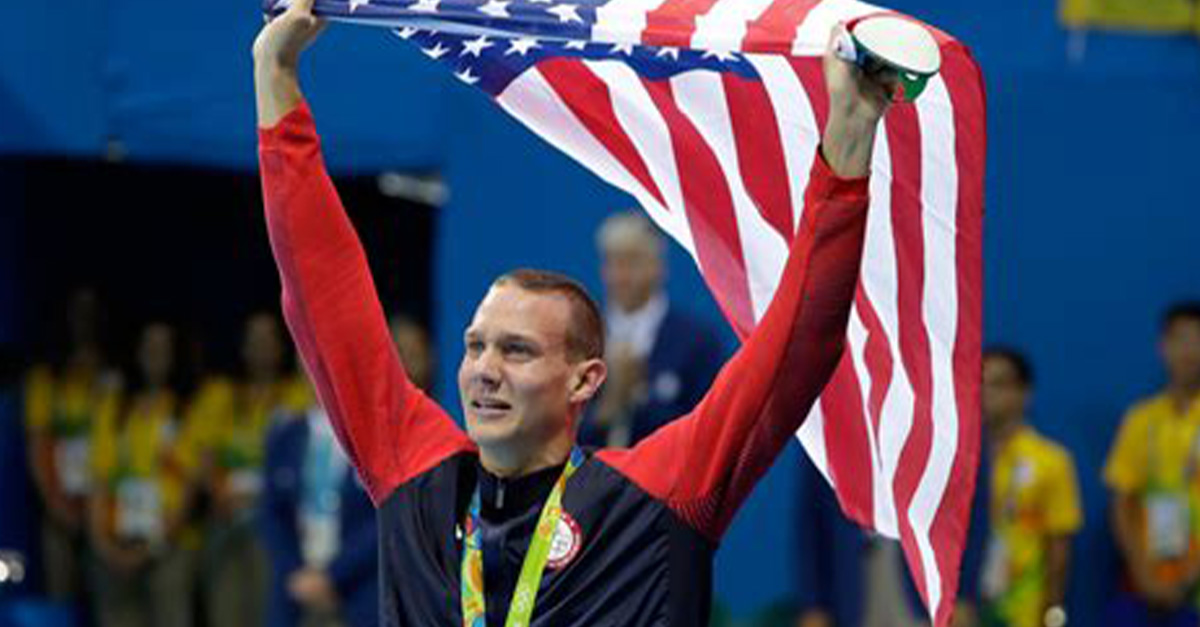 The Tokyo Olympic Games were always destined to be full of controversy. Even before the games began, we anticipated anthem kneeling, podium protests, and the headline-grabbing appearance of a biological male who competed against biological women for the first time in the history of the games.

However, amid all the self-aggrandizement and distorted views of God’s creation, the Lord, who is never mocked, shone through mightily throughout these Olympics not only in the incredible talent of the creatures made in His image who competed for gold but from the praises of those who worship His name.

God’s hands and feet were on the ground in Tokyo in the form of those Christian athletes who quietly kept their steadfast faith all the way to victory and beyond, boldly exalted His name, and gave Him all the glory for their victories, which were, in some cases, historic.

Notably, many of the American Christians who gave God credit for their victories also expressed deep gratitude for the opportunity to represent their country.

Sydney McLaughlin, the 21-year-old U.S. hurdler who has broken two world records in the last month, most certainly did her country proud when she smashed the second record and secured gold in the women’s 400-meter hurdle.

McLaughlin, who was baptized last year and shared on Instagram at the time that she’d spent her whole life running from God only to realize He was all she had ever needed, credited her world record while competing to qualify for the Olympics in Portland in July with her newfound “child-like faith” and immediately praised God after the event, giving Him “all the glory.”

In her first social media post since winning Olympic gold, McLaughlin shared what an “honor” it was “to be able to represent not only my country but also the kingdom of God. What I have in Christ is far greater than what I have or don’t have in life. I pray my journey may be a clear depiction of submission and obedience to God.”

She also wrote, “He has prepared me for a moment such as this. That I may use the gifts He has given me to point all the attention back to Him.”

Another amazing athlete who set the Internet ablaze last week was wrestler Tamyra Mensah-Stock, who became only the second American and the first black woman to win gold in wrestling for the U.S.

Her infectious, jubilant, and joyfully tearful reaction to her history-making win quickly went viral as she declared her gratitude to God and her enthusiastic love for her country. “It’s by the grace of God I’m even able to move my feet,” she said after winning her match against Nigeria’s Blessing Oborududu in the women’s 68-kg freestyle.

Mensah-Stock, whose father was from Ghana, added, “I just leave it in His hands” and pray that the practice pays off. And “every single time, it does.”

When she was asked about the flag draped around her shoulders and how it felt to represent her country, the elated athlete pulled it even tighter around her and answered that it felt “amazing.”

“I love representing the U.S. I freakin’ love living here,” Mensah-Stock emphatically proclaimed. “I love it. And I’m so happy I get to represent the U.S.A.!”

Allyson Felix, another track star who made history last week, credited “God’s grace” after the 35-year-old runner broke the record for winning the most medals of any female Olympian in the history of the games and also running faster than any woman her age or older has ever run.

“I’ve experienced the hardest years of my life in this journey and by God’s grace, I’m here. With a heart full of gratitude I’m taking space to remember all it took to get here,” said Felix, who ran faster than she has since 2015, before she had her daughter, who was delivered by an emergency C-section in 2018.

Felix was out there representing not only our country, not only women of faith, but mothers as well, after embracing motherhood despite the possibility that it could interfere with her career. In 2018, she told ESPN, “By its very nature, pregnancy is about opening yourself and embracing whatever God and this child has in store for you.”

Felix and McLaughlin’s teammate Athing Mu also took home the gold, set a world record for the women’s 800-meter, and became the first American woman to win gold in that event since 1968! Mu, the 19-year-old daughter of Sudanese immigrants and a vocal and devout Christian, tweeted out after her historic win, “God definitely took the battle for this one! So, thank you, Lord!”

To declare God’s promise to be with him as he races through the water, Dressel has a massive, eye-grabbing tattoo of an eagle on his shoulder to symbolize one of his favorite Bible verses, Isaiah 40:31: “But those who hope in the Lord will renew their strength. They will soar on wings like eagles; they will run and not grow weary, they will walk and not be faint.”

Athletes from other countries also openly shared their faith. Catholic athlete Hidilyn Diaz praised God after winning the first gold medal ever for her home nation of the Philippines. After winning the women’s 55-kg weightlifting event with an overall lift of over 493 pounds, Diaz lifted up a medal for Mary the mother of Christ and repeatedly shouted, “Thank you, Lord!”

She later told reporters that the medal was a sign of her faith in “Mama Mary” and the Lord Jesus Christ.

South African swimmer Tatjana Schoenmaker, a vocal Christian, posted a prayer to Instagram upon arriving in Tokyo that read, “May we praise God no matter what the outcome.” She certainly did — the athlete swam to silver and gold in two separate races with the words “Soli Deo Gloria” — Glory in God Alone — inscribed on a swim cap under her official team cap.

If we had to award a gold medal for best post-victory praise, however, it would most certainly have to go to the Fijian men’s rugby team, who upon winning immediately gathered together, prayed, and sang a hymn right on the field.

Watch them sing here, their performance will give you goosebumps. The team had spent months away from Fiji training for the Olympics, unable to return home amid a COVID-19 outbreak. They are known for their post-game hymns and vocal faith, but this was a particularly emotional moment of worship for the tight-knit team.

The song, “E Da SA Qaqa,” concluded with the English lyrics, “By the blood of the lamb/And the Word of the Lord/We have overcome.”

Praise the Lord for these amazing athletes, whose skill and prowess give glory to His Creation and whose devout faith bears witness to the whole world of the glory of the Gospel of Jesus Christ. 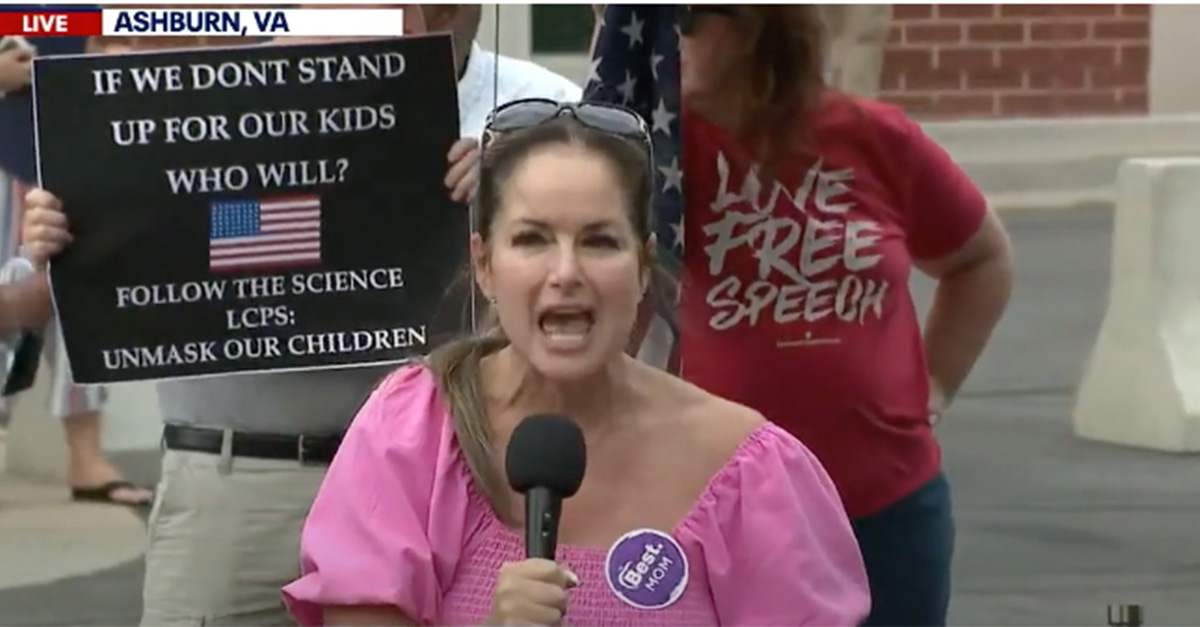