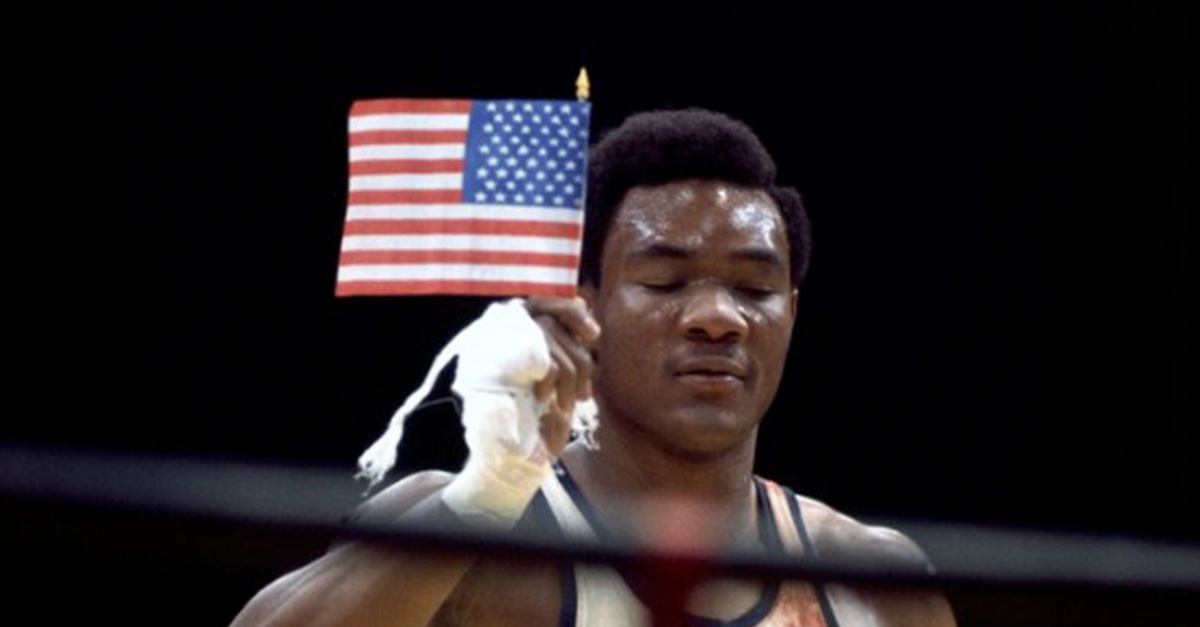 It’s become a common sight to see athletes protesting the American flag and the national anthem, but boxing great George Foreman recently made it a point to express his love for the U.S.A.

Athletes claim that America and its symbols don’t represent all people. Reactions are polarized, and even people as prominent as former President Donald Trump have weighed in and criticized the movement.

Much rarer today is the athlete who will unabashedly proclaim their love for the United States.

George Foreman is one of those atypical athletes. The former heavyweight champion and Olympic gold medalist has a history of patriotism, which was on display again on Independence Day.

Along with a picture of himself wearing a U.S. Olympic boxing jersey and holding an American flag Foreman said, “For about 54 years, people have ask[ed] me not to keep saying ‘I love America’ Well I do and I’m not ashamed. Don’t leave it; Love it. Happy 4th of July.”

For about 54 years, people have ask me not to keep saying “I love America” Well I do and I’m not ashamed. Don’t leave it; Love it.Happy 4th of July. pic.twitter.com/EqWmbWjgbz

Foreman first gained national prominence when he defeated Soviet boxer Jonas Cepulis to win the Olympic gold medal in 1968. This was at the same Olympics in Mexico City when two black American track and field athletes stood atop the medals podium and held up their fists in a black power salute even as the national anthem played.

More than 50 years later, too many athletes fail to share or show Foreman’s pride in their country.

As an example, hammer thrower Gwen Berry recently made headlines when she protested the national anthem at the U.S. Olympic Trials by turning away from the flag and putting an “activist athlete” shirt over her head.

After her actions set off a firestorm of criticism, Berry responded,

“I never said that I hated the country — never said that. All I said was that I respect my people enough to not stand or acknowledge something that disrespects them. I love my people, point blank, period. If you know your history, you know the full song of the national anthem … the third paragraph speaks to slaves in America, our blood being slain… all over the floor. It’s disrespectful and it does not speak for Black Americans. It’s obvious. There’s no question.”

Disappointing those who want sports to be free from politics, Berry said,

“I think sports is a distraction. Sports is entertainment. But my purpose and my voice and mission is bigger than the sport. So me being able to represent my communities and my people and those who have died at the hands of police brutality, those who have died to this systemic racism, I feel like that’s the important part.”

In 2015, however, Berry posted a photo of herself holding the American flag, leading some to claim that her protest is less than genuine and an attempt simply to virtue signal by aligning herself with the current anti-American movement.

Brigitte Gabriel, an immigrant who grew up in war-torn Lebanon and is the founder and chairman of ACT for America, a grassroots organization that advocates for protecting America’s national security, sovereignty, and culture, tweeted, “This image is directly from Gwen Berry’s website. It looks like her entire “Activist Athlete” bit is an act!”

It looks like her entire "Activist Athlete" bit is an act! pic.twitter.com/m2bGwhvYPN

The time in which Foreman competed was also a time of anti-American sentiment. Regarding his waving the flag at the 1968 Olympics, Foreman said, “I had a lot of flak. In those days, nobody was applauded for being patriotic. The whole world was protesting something. But if I had to do it all again, I’d have waved two flags.”

It was cool to protest America in the 1960s and 1970s, just like it is today. Athletes who protest the anthem or the flag are celebrated as social justice warriors campaigning for the rights of the oppressed, or so we are told. In reality, they display an ignorance or apathy about the sacrifices made by so many — including black Americans — so that all Americans could experience liberty.

Athletes may gain attention and credibility among the woke mob for disrespecting America, but it’s not right. Over 50 years after Foreman displayed his pride in this country, the U.S.A. is in need of more athletes willing to stand up against the prevailing anti-American tide and show their patriotism.

Standing up for America and all that it has provided these athletes in the way of opportunity, privilege, and wealth is the right thing to do. It may not win any points from social justice activists or woke CEOs, but it will win the hearts of the vast majority of average Americans who still love their country. 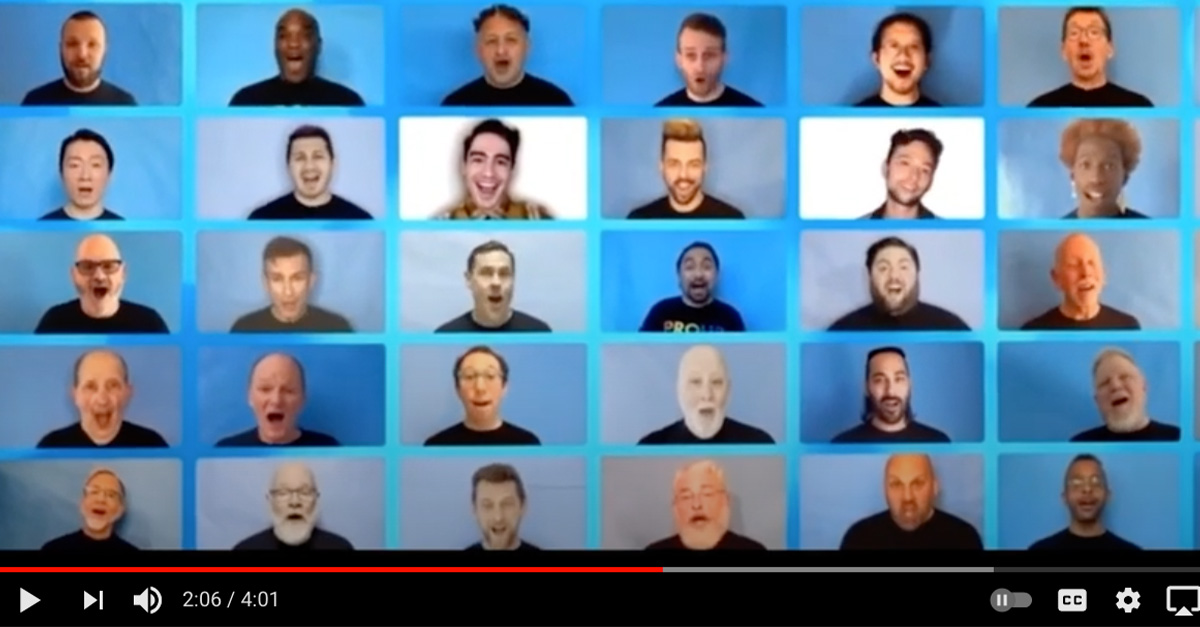