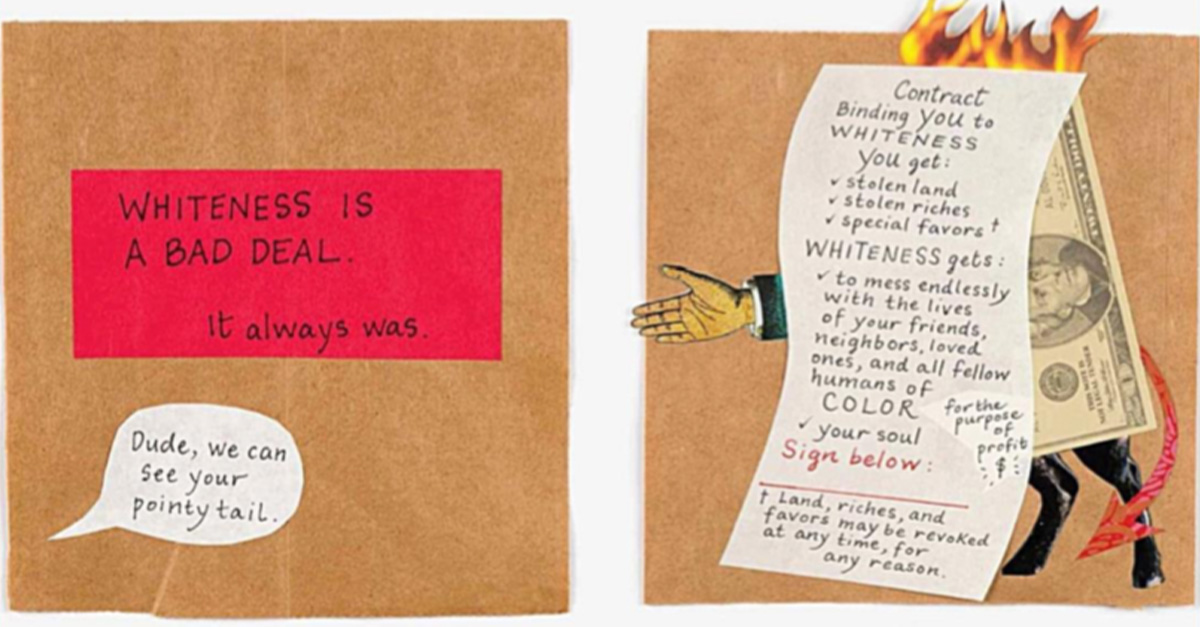 A lawsuit filed by a white teacher against the Evanston/Skokie School District 65 in Illinois claims that the administration is pushing anti-white propaganda to all K-12 schoolchildren, including those in kindergarten.

While some on the left claim that Critical Race Theory (CRT) is a boogeyman made up by conservatives, one lawsuit alleges that a school district just outside of Chicago is all in on the ideology.

Stacy Deemar, who has been teaching in Evanston for nearly 20 years, claims in her suit before the U.S. District Court for the Northern District of Illinois that Superintendent Devon Horton said to her and other teachers, “If you’re not antiracist, we can’t have you in front of our students.”

His version of “antiracism,” however, is anything but antiracist, according to Deemar.

Take, for example, an image featured in a training for teachers that associates “whiteness” with the devil. The cartoon includes the statement, “Whiteness is a bad deal. It always was.” Next to the statement is an image of the devil holding a contract and a pen behind a $20 bill. Its message is that white people are innately willing to sell their souls and sell out everyone around them in exchange for “stolen land, stolen riches, special favors.”

Deemar, who is being represented by the Southwest Legal Foundation, stated in her lawsuit that the district implemented training beginning in 2017 that requires teachers to:

The curriculum is also used to teach students in Pre-K through 8th grade that, among other things,

White students are also required to sign a pledge that they will be anti-racist, gather in affinity groups segregated by skin color, and participate in privilege walks. They are also expected to understand “white privilege, internalized dominance, [and] microaggressions.”

In addition to negative remarks about whiteness, the curriculum expressed outright favoritism for what the school describes as black culture. For example, the lawsuit claims that the district pushes the belief that…

“Whiteness is loaded up with negative value connotations while positive traits are assigned to non-white racial identity. For instance, a lesson for third through fifth grade students on ‘Intergenerational, Black Families and Black Villages’ teaches that ‘black’ families and villages are ‘the best/proper way’ to have a family, and it is important to return to a family structure that ‘takes care of each other’ in contrast to the ‘Western nuclear family.’”

Journalist Melissa Chen tweeted, “A lawsuit has been filed against Evanston School District. Students as young as kindergarten were told to participate in ‘privilege walks’ based on their skin color & taught that color-blindness is racist. The school website proclaimed white children are not ‘racial innocents.’”

While these allegations are growing common, they are no less unsettling. If the allegations in this lawsuit are true, a school district in the heartland of America is now teaching the vilest form of racism.

The image of whiteness as a product of the devil buying the souls of white people so they can enjoy stolen land and special favors is virtually identical to the anti-Semitic Nazi propaganda that was pushed in 1930s Germany during the years leading up to the Holocaust. And if that seems like an exaggeration, just substitute “Jews” or “Jewish” for “whites” and “whiteness” in the statements listed earlier in this article.

Proponents may claim they are only decrying so-called “whiteness” and not white people, but that is a weak disguise. To label “whiteness” as evil and oppressive is to villainize someone based solely on the fact that they have white skin. It is truly horrific that it is becoming once again normal to cast an entire group of people and culture in such dehumanizing terms — and to push it on very young children so they learn to hate themselves and feel ashamed of their family and community.

All parents, no matter their color or creed, must stand up to this type of race-based bullying and scapegoating and defend their children from this evil ideology. If this continues, all children will suffer. To hold on to our country as a place of freedom and equality for all, CRT and any ideology or teaching that divides and villainizes based on race must be thoroughly refuted by parents and all other concerned citizens. As Martin Luther King Jr. once warned, “Our lives begin to end the day we become silent about things that matter.” 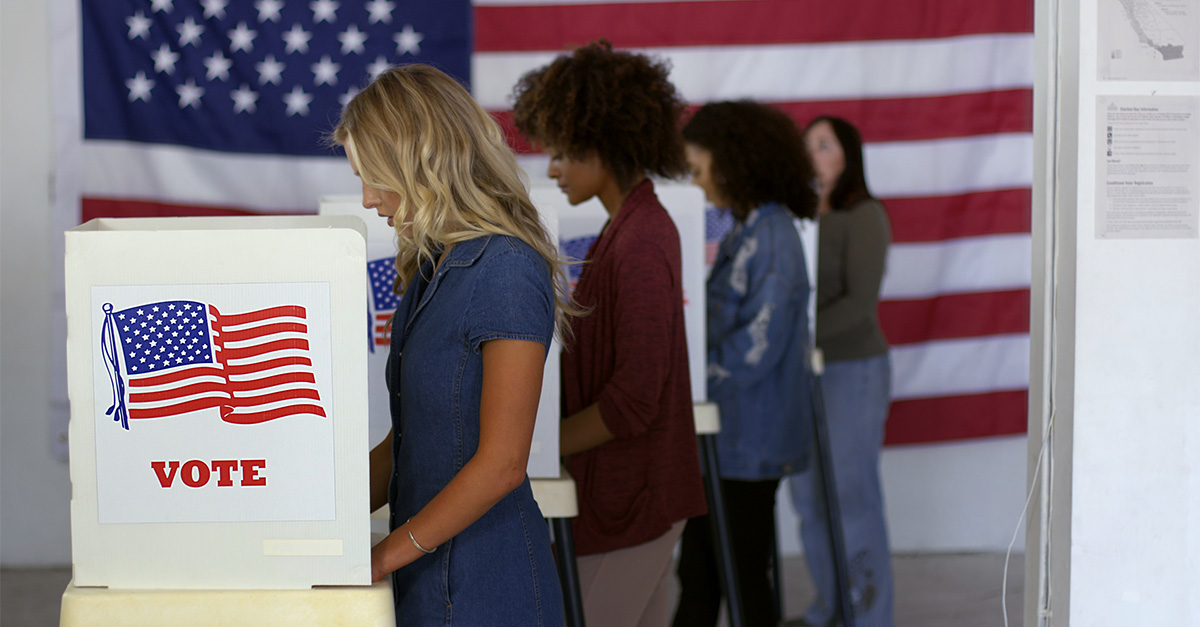