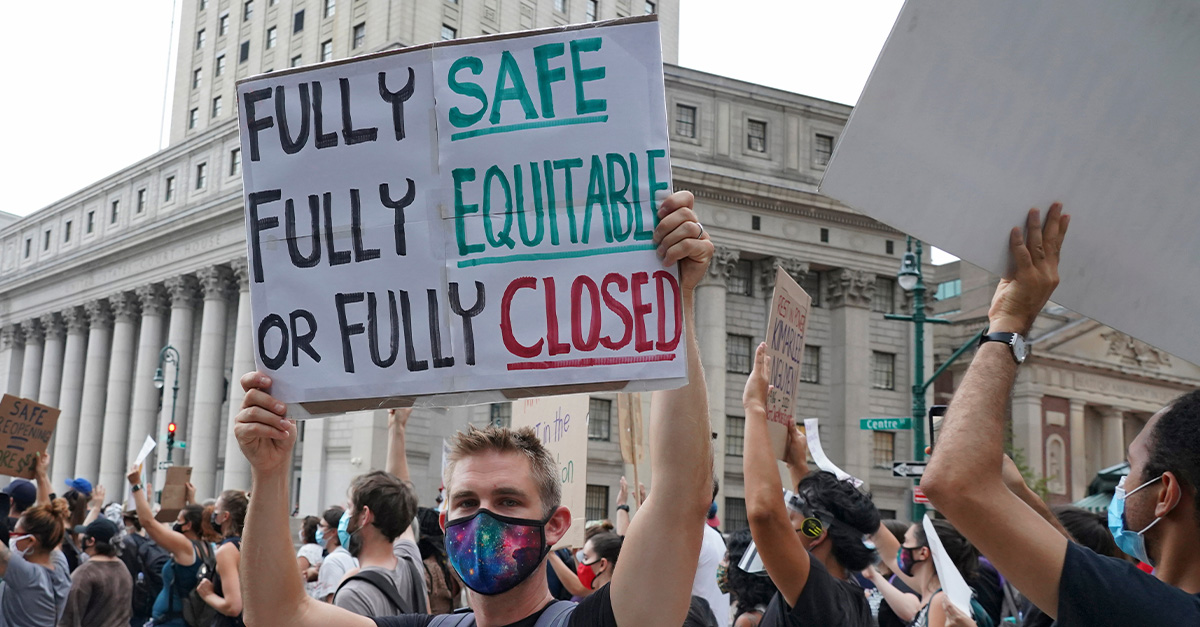 Teachers’ unions have firmly established themselves within the camp of those promoting the kind of wildly radical woke ideology that is tearing our nation apart. As such, it is vital that parents and concerned citizens alike pay close attention to what teachers’ unions are saying and doing to drive their own agenda — which, unfortunately, has very little to do with the well-being of children.

For example, the National Education Association (NEA), the largest teachers’ union in the United States, recently approved New Business Item 39, which resolved to promote and defend Critical Race Theory (CRT) from legislative bans. However, as soon as the pledge gained the attention of the ideology’s many critics, the organization deleted all evidence from its website.

This happened around the same time that Randi Weingarten, president of the second largest teachers’ union, the American Federation of Teachers (AFT), was claiming that CRT wasn’t even on the radar of America’s public school teachers. “Let’s be clear: Critical race theory is not taught in elementary schools or high schools,” she insisted. “It’s a method of examination taught in law school and college that helps analyze whether systemic racism exists — and, in particular, whether it has an effect on law and public policy…. Culture warriors are labeling any discussion of race, racism, or discrimination as CRT to try to make it toxic.”

Almost immediately thereafter, though, Ibram X. Kendi, author and prominent Critical Race Theory advocate, stepped forward to address the conference as one of the union’s featured guest speakers. Kendi, author of the book “How to Be an Antiracist,” told the virtual attendees that “to be antiracist is to admit the times which we’re being racist. To be racist is to constantly, consistently, deny, deny, deny, like Donald Trump.”

Confused yet? That’s the idea. As seen during the COVID crisis, the teachers’ unions will obfuscate, deflect, and say just about anything to advance their own self-serving and decidedly leftist goals — and while they may engage in word games over whether what is being introduced in the classroom is “technically” CRT, there is no question that they are fully on board with the means of CRT and all other “equitable” ideologies — be they intersectionality, antiracism, or social justice — that further the “woke” ends of achieving “equity” and transforming society into a Marxist “utopia.”

In its now-deleted but fully approved resolution, for example, the NEA expressed full support for the promotion of CRT, a perspective on history that critics say characterizes white people as inherently racist and asserts that the United States was founded to protect racist institutions like slavery.

The NEA also vowed to dedicate a “team of staffers” to “fight back against anti-CRT rhetoric” in light of legislative action from several states, including Florida and Iowa, to ban CRT from being taught in public school classrooms, and will join with Black Lives Matter in October for a “day of action” to teach lessons about structural racism and oppression.

“We oppose attempts to ban critical race theory and/or The 1619 Project,” the item states, while also expressing an intention to dedicate resources towards providing an already-created study that “critiques empire, white supremacy, anti-Blackness, anti-Indigeneity, racism, patriarchy, cisheteropatriarchy, capitalism, ableism, anthropocentrism, and other forms of power and oppression at the intersections of our society.”

The New York Times’ 1619 Project, which makes the debunked claim that the American Revolutionary War was fought to defend slavery, has been a driving force behind the recent popularization of CRT and related “antiracist” ideologies.

The resolution also vows that the union will “publicly (through existing media) convey its support for the accurate and honest teaching of social studies topics, including truthful and age-appropriate accountings of unpleasant aspects of American history, such as slavery, and the oppression and discrimination of Indigenous, Black, Brown, and other peoples of color, as well as the continued impact this history has on our current society. The Association will further convey that in teaching these topics, it is reasonable and appropriate for curriculum to be informed by academic frameworks for understanding and interpreting the impact of the past on current society, including critical race theory.”

The NEA also signaled support for the Zinn Education Project, which asks teachers to pledge to teach students the “truth” regardless of any laws banning CRT that America was “founded on dispossession of Native Americans, slavery, structural racism and oppression; and structural racism is a defining characteristic of our society today.” The project’s organizers recently issued an open letter that has already been signed by over 5,000 teachers.

Weingarten, while still denying the existence of CRT in public schools and dismissing traditional pedagogy as “dishonest” history, went fully political during the most recent conference.

She blasted GOP lawmakers, which would ostensibly include outspoken black ones like U.S. Rep. Burgess Owens and North Carolina Lt. Gov. Mark Robinson, for “labeling any discussion of race, racism or discrimination as CRT to try to make it toxic. There are legislators, mostly from the Republican Party, who are currently bullying teachers and trying to stop us from teaching kids honest history. Look, maybe they are just trying to raise the temperature on race relations because of the next election. But whatever it is, it’s not good right now.”

All of this political posturing overlooks one key principle of the U.S. public education system: It is not up to the teachers’ unions to decide — much less insist on — what children are taught in school. It is up to the parents and the school board members they and their fellow community members elect — which is precisely why so many parents have been confronting their school boards on the inclusion of these radical, unproven, racist, and divisive ideas into the classroom.

It may feel as though the whole public school system is under the thumb of the teachers’ unions, but it is most certainly not, or at least it shouldn’t be. To reiterate the point: School board members are elected by parents and other members of the community, and as such parents and community members have every right to get involved with and vocal about the decisions being made on what is being taught to their children.

The heated battle over CRT and intersectionality has been a blessing because it has finally forced teachers’ unions and its allies to reveal just how ideologically driven and radical they really are. In word and action, they are themselves telling parents unequivocally that they are committed to promoting CRT and other woke ideologies in the classroom — and they could care less if parents like it or not.

Teachers’ unions have long been accused of bringing their very open progressive bias into the classroom, and open indeed it is. Just this week, the AFT played host to talks between Texas Democrats who fled the state in protest of a GOP-backed election integrity bill and Democratic Vice President Kamala Harris, and AFT President Weingarten tweeted that “disgusting” Florida Gov. Ron DeSantis’ would cause “millions” of Floridians to die because his campaign is selling merchandise that says “Don’t Fauci my Florida,” a reference to the embattled head of the COVID-19 response.

The organizations that represent hundreds of thousands of teachers who are entrusted by society to educate our children are now taking a very clear stand in a bitterly divided culture war and sweltering political climate.

There’s never been a better time for parents to reconsider how much power they actually have to influence how their children are being educated — and to work together with other parents to take back that power. 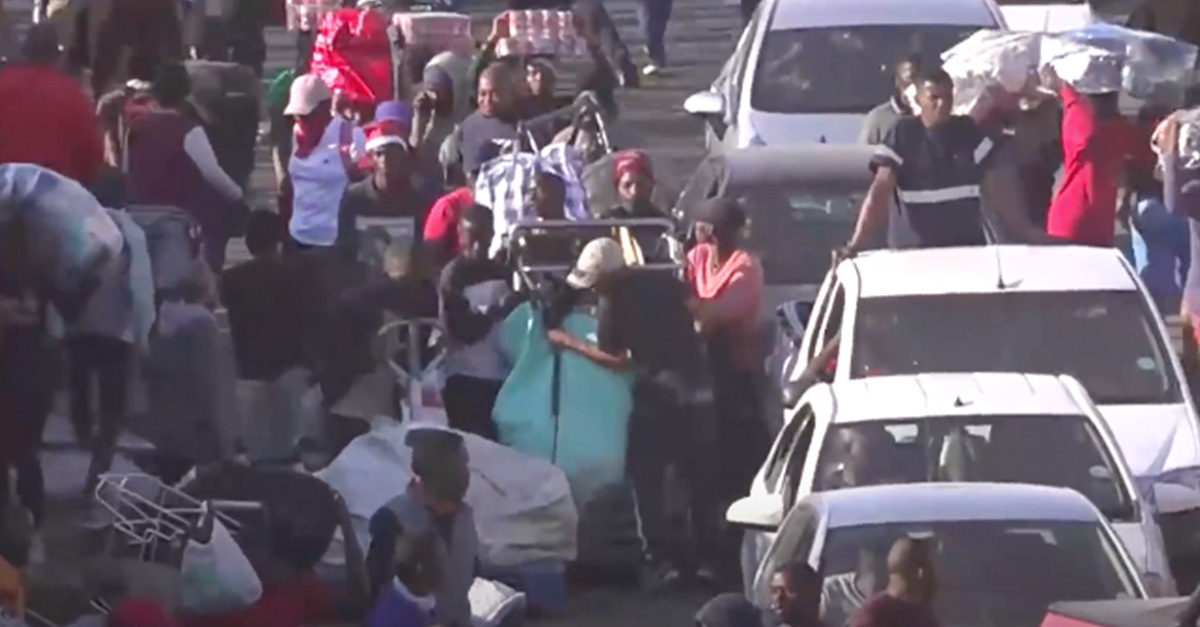