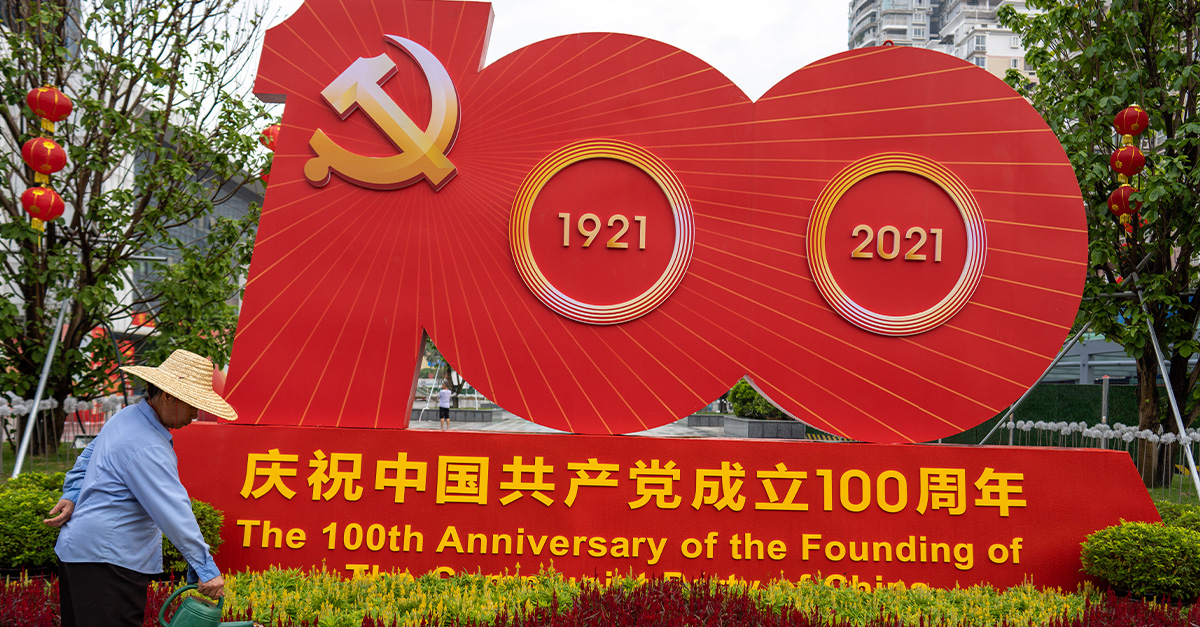 In what may be the ultimate in gaslighting, China’s state-run church has unveiled its “One Heart, One Virtue, One Path: Chinese Christianity Loves the Party, the Country, and Socialism Theme Exhibition” ahead of the July 1 centennial celebration of the founding of the Chinese Communist Party (CCP).

“Without the Communist Party, there would be no New China, no socialism with Chinese characteristics, and it would be impossible to achieve the great rejuvenation of the Chinese nation,” signs read at the Three-Self Church’s exhibition, which opened in Shanghai on June 25, just days before the CCP’s 100th anniversary.

Bitter Winter, the human rights magazine, explains that such slogans are “ubiquitous” in public buildings in China, yet here they are being promoted by a supposedly Christian church.

This message echoes the broader line being taken by the CCP and its state-sanctioned churches that, contrary to growing global criticism of severe human rights abuses and increasing control over religious groups, China is a paragon of religious liberty.

Visitors to the exhibition are told that “the advanced members of the Christian community have always been of one mind and one direction with the Party, leaving a beautiful footprint and bearing wonderful witness.”

Moreover, during remarks at the opening of the exhibition, Pastor Xiu Xiaohong, chairman of the Central Committee of the Three-Self Church, explained, “History fully proves that without the CCP, there is no religious policy that is supported by both believers and non-believers, there is no social environment for the healthy development of religion in China, and there is no good situation where all religions in China can live in harmony.”

The goal of the church in China, he continued, is to contribute to the CCP’s “great goal of building a modern Socialist country,” he said, calling for prayers for “a bright and more glorious tomorrow in the next century under the leadership of the CCP.”

He concluded by stating that the exhibition celebrating the anniversary of the founding of the CCP “will once again inspire us to love the Party, love the country, and love Socialism,” claiming that the CCP has been “inextricably linked to Christianity from the day of its birth.”

One visitor to the exhibition quipped that they hoped the pastor “wouldn’t be punished” for his remarks because while it’s typical for pro-CCP Christians to link their faith to the party, it is never said that the CCP, a “fiercely atheistic” entity, is Christian.

As it happens, one of the pro-CCP figures glorified by the exhibition, Dong Jianwu, the “mysterious red priest,” initially worked as a spy for the CCP but was ultimately expelled from the party, arrested, and persecuted during the Cultural Revolution. He died after being denied treatment for stomach cancer in 1970. The exhibition only highlighted his active support for the totalitarian state, not his tragic end.

As the CCP and its “Christian” proxy, the Three-Self Church movement, work to paint a veneer of religious freedom and party ideology that is entirely cohesive with Christianity, the reality of life for anyone who disagrees with this narrative couldn’t be further removed from such propaganda.

Churches that do not adhere to the CCP’s regulations for religious organizations are routinely subject to raids, arrests, and by some accounts, horrific torture, imprisonment, and attempted brainwashing. Even Three-Self Church clergy who fail to adequately indoctrinate their congregations with the party’s decidedly un-Christian orthodoxy are punished.

Practitioners of Falun Gong and Uighur Muslims are also severely persecuted, yet the CCP recently declared in a white paper that “the state has also formulated a series of safeguard systems and measures for the protection of civil and political rights, especially the protection of citizens’ personal rights, the right to a fair trial, freedom of religious belief.”

This is a bitterly ironic statement from a government that is, across the board, clearly undermining both civil liberties and religious freedom, but it’s all part of the CCP’s attempt to control, rather than outright ban, religious practices.

Earlier this year, Bitter Winter explained that in order to be registered with the state’s Orwellian database of authorized clergy, clergy must demonstrate that they “support the leadership of the Chinese Communist Party and support the socialist system” and cooperate in the fight against so-called “extremist” or other illegal religions, as detailed in the “Administrative Measures for Religious Clergy” document, which went into effect on May 1.

The CCP is quite clever. They are under pressure from the global community to respond to relentless allegations of human rights abuses, but instead of actually stopping the abuses, it is much easier to make it seem like they are ensuring religious freedom by showing that Christianity and other religions that might otherwise challenge its authority are being freely practiced in their country.

The catch, of course, is that to actually practice their religion in peace, Christian churches must pledge their allegiance to the CCP; obtain official party approval for all sermon content and for who and how many church members can be baptized; and use a Bible that has been deceptively rewritten by the CCP to promote Communist principles, not Christian ones.

This is, of course, the absolute and exact opposite of religious freedom, and assures that churches are never preaching the full and true Word of God, which plainly establishes the responsibility of man-made governments to submit to His authority.

Fortunately, the true Church in China, the one that is underground and highly persecuted, doesn’t buy into the CCP brand of Christianity. Pray that this Church continues to stand fast and grow in its Christian faith — and pray for those who believe they are following Christ but have compromised their integrity for the sake of living a more peaceful life under the CCP’s notion of “religious freedom.” 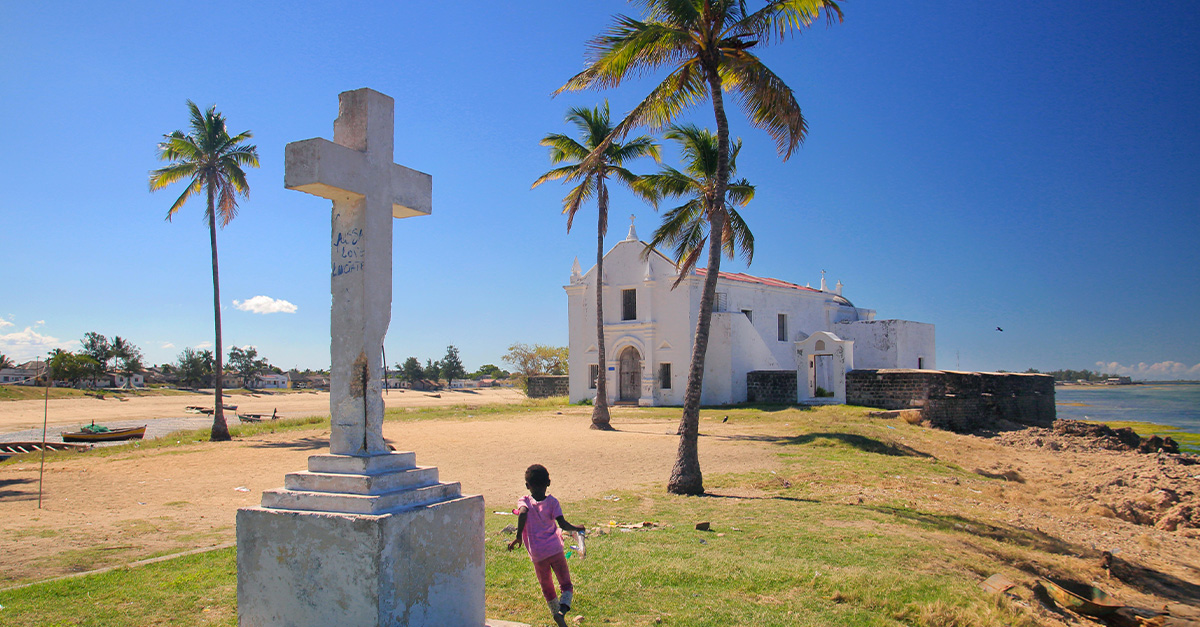