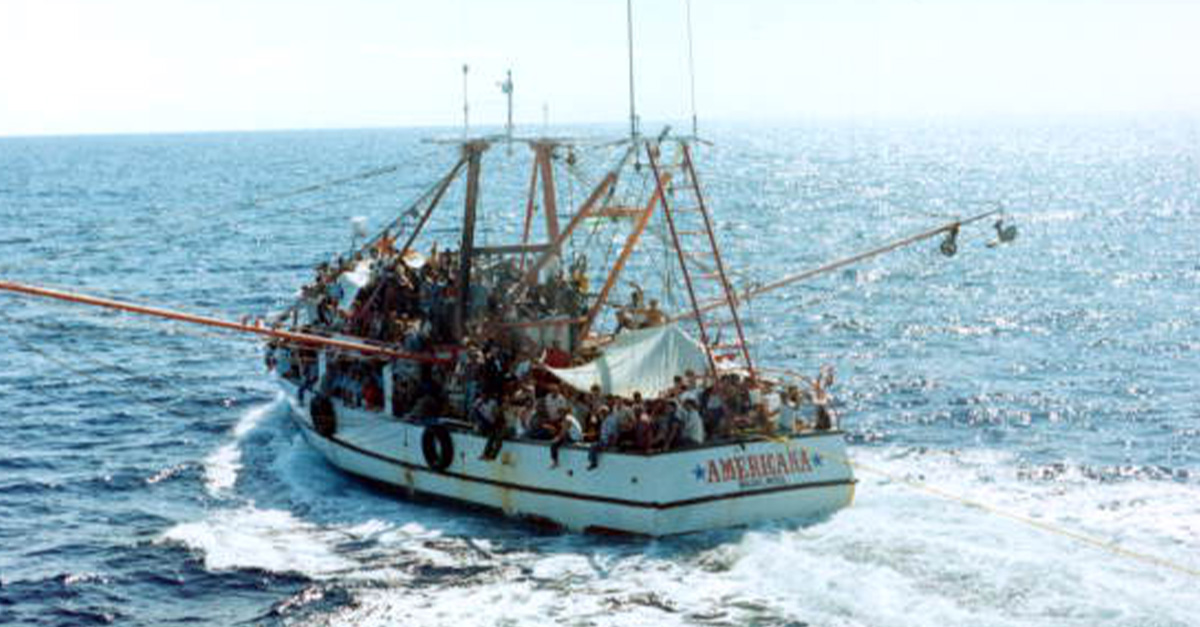 As unprecedented protests have broken out in Cuba, U.S. Department of Homeland Security Secretary Alejandro Mayorkas, himself a Cuban-American, has warned Cubans not to attempt to cross the 91 oceanic miles between the island and the U.S. mainland as they will be immediately deported or relocated to another country.

At a press conference last week as the Biden administration faced increasing pressure to respond to the significant protests in communist Cuba, Secretary Mayorkas warned Cubans that it is “never safe” to attempt to cross the Florida Strait to freedom.

“The time is never right to attempt migration by sea,” he said at a press conference. “To those who risk their lives doing so, this risk is not worth taking. Allow me to be clear. If you take to the sea, you will not come to the United States.

The secretary, who fled Cuba with his family after the revolution, added, “Any migrant intercepted at sea, regardless of their nationality, will not be permitted to enter the United States.”

In his announcement, he also stated that those also thinking of fleeing the beleaguered nation of Haiti, which has descended into chaos following the assassination of its president earlier this month, would also not be allowed to stay in the U.S.

Mayorkas’ statement has received scathing criticism from fellow Cuban-Americans, rebuking him for the apparent jaw-dropping double-standard, since the Biden administration has all but personally facilitated the mass influx of Central American migrants into the United States since he took office. His critics accused him of playing politics since the vast majority of the Cuban community in the United States votes Republican.

“How does it feel to turn your back on your own people and deprive them of the opportunity you had because you don’t think they’ll vote for your political party?” asked New York City congressional hopeful Desi Cuellar in a scathing tweet.

In a scorching follow-up tweet, Cuellar declared that he was sure that Fidel Castro, Cuba’s longtime dictator who led the revolution in 1959, was “staring up from Hell with pride and gratitude at Alejandro Mayorkas for his service to the regime.”

“You betrayed your people, man,” he concluded.

In 2017, the Obama administration, in which now-President Joe Biden served as vice president, ended a longstanding Cuban refugee program that welcomed those escaping one of the world’s most notorious dictators. Not surprisingly, the Biden administration is enforcing that policy even if the asylum seekers can establish that they are escaping political persecution and will be subject to more of the same if they are forcibly returned.

As The Daily Wire’s Ryan Saavedra noted in a tweet, “Cubans are being slaughtered by communists and the Biden administration won’t let them come to the U.S. because they know that the majority of Cubans vote for Republicans.”

It is clear that the Biden administration is now pursuing a schizophrenic policy when it comes who is allowed to come into our country and stay. Majorkas insists that he is concerned for the “safety” of those who would risk their lives on the open seas — and yet the passage to the U.S. southern border from Central America across open desert is notoriously dangerous, particularly for women and girls, the vast majority of whom are subject to sexual assault while making the journey. Meanwhile, these overland migrants often pay thousands of dollars to dangerous criminals who are part of a massive, multi-million-dollar criminal network that preys on these unwitting victims.

And still the Biden administration has gone to great lengths to do what they can to ensure these migrants are allowed to stay in the U.S. interior once they arrive. But now they’re telling Cubans to stay put in a place where they are starving and living under the thumb of a repressive, tyrannical regime?

It is easy to see why Mayorkas is being so fiercely criticized by Cuban-Americans. There is no question that he is playing politics. The question is: How does he look himself in the mirror each morning, knowing that he is turning his back on his former countrymen even as they cry out for freedom?