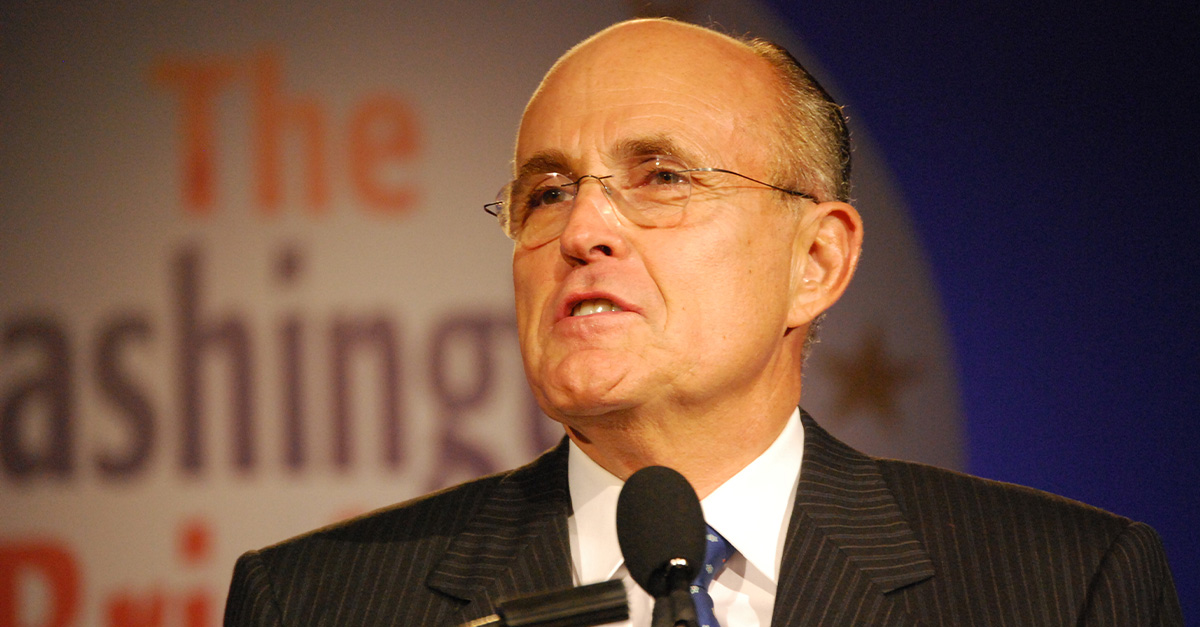 In a stunning turn eerily similar to the Chinese Communist Party’s attacks on lawyers representing pro-democracy journalists in Hong Kong, firebrand Trump attorney Rudy Giuliani is facing the permanent suspension of his law license in the state of New York over allegedly false statements he made while representing former President Donald Trump in his claims that the 2020 election was wrought with fraud and irregularities.

Last week, the five-seat New York Supreme Court temporarily suspended Giuliani’s license as permanent disciplinary action is considered, The Hill reported. The decision was made following the request of an attorney disciplinary committee.

The 33-page decision declared that Giuliani made “demonstrably false and misleading statements” while challenging the results of the election last year, noting that his “uncontroverted misconduct cannot be overstated.”

The court characterized the former New York City mayor’s conduct as having posed an “immediate threat to the public” and inspiring the events of January 6, 2021, when both pro-Trump and anti-government protesters stormed the U.S. Capitol during a joint session of Congress.

Giuliani’s attorneys, retired judges John Leventhal and Barry Kamins, called the move “unprecedented,” refuting the notion that their client poses any threat to public interest, while former President Trump characterized the move as a “witch hunt” against a “great American Patriot.”

Attorneys Sidney Powell and Lin Wood have also been subject to attacks on their ability to practice law after their notorious private lawsuits asserting that President Joe Biden’s election victory was fraudulent.

Michigan Gov. Gretchen Whitmer has asked for Powell’s license to be suspended, and several ethics complaints have been filed against her in swing states where she challenged election results. Meanwhile, the Georgia State Bar is investigating whether they should permanently disbar Wood, as Forbes detailed.

It would be impossible to consider such actions against three vehemently pro-Trump attorneys without raising suspicions of a politically-motivated attack, particularly as the Trump era has seen unprecedented weaponization of legal and intelligence apparatuses that seem to single out Trump and his associates at every turn.

For elected officials and courts to go after such highly political figures is certainly worrying, but those who have alleged election fraud and those who refute claims made by the likes of Giuliani, Powell, and Wood ought to share an interest in passionately preserving the foundational judicial principle of legal representation and legal maneuvering.

What makes the decision to take Guiliani’s license the most concerning is that this behavior is not too far off from how communist China is treating attorneys who represented pro-democracy protesters in Hong Kong.

There, like here, the CCP is taking “action” in the name of national security and the greater good.

Earlier this year, Hong Kong attorneys Lu Siwei and Ren Quanniu were both stripped of their law licenses and faced further action from China’s governing authorities for representing members of the Hong Kong 12, who were captured by the Chinese Coast Guard as they tried to flee to Taiwan in August 2020.

According to The Epoch Times, Lu’s law license was formally revoked due to his “negative impacts on society,” which sounds disturbingly similar to Giuliani’s alleged “immediate threat to the public.”

When he tried to travel to Beijing to request a visa to flee to the United States, Lu found that he was banned from traveling — on the same day that Ren’s law firm was given notice by the China’s Justice Ministry to “voluntarily dissolve” or the licenses of several other of its lawyers would be canceled. What’s more, the Henan Province’s justice department stripped Ren of his license for violating the lawyers code when he represented Falun Gong practitioners, a spiritual group whose beliefs are rooted in Buddhism that has been severely persecuted by the CCP since 1999.

The intimidation tactics piled on attorneys who represent dissidents is, no doubt, having the desired effect, Ren said.

“The judicial environment has been regressing in the past few years,” he stated. “Lawyers did not dare to intervene in sensitive cases, because once the judicial bureau intervened, they would be immediately silenced, not allowed a voice online, and asked to withdraw from the case.”

When Hong Kong was returned to China in 1997 as part of a treaty, the CCP agreed to allow residents of the former British colony to retain their long-held Western-style civil liberties, one of those being the right to a fair trial, particularly the right to a jury trial, as Republic World notes. Yet Beijing appears determined to undermine this agreement.

Last week, the trial began for the first Hong Kong activist arrested under a draconian “national security” law that was pushed through China’s legislature in response to the pro-democracy protests of the last few years. The court rejected 24-year-old Tong Ying-Kit’s request for a jury, which his lawyer had argued was his “constitutional right.”

Tong, who unfurled a banner reading “Liberate Hong Kong, Revolution of Our Times” on July 1, 2020, and is accused of ramming his bicycle into a police officer, could face life imprisonment under the new national security law, which strictly prohibits any speech or activity the CCP deems dissent, subversion, or collusion with foreign entities.

In addition, one of Hong Kong’s most popular newspapers, Apple Daily, was forced to close last week after several of its editors and executives were arrested on charges of colluding with foreign governments to impose sanctions on China and the outlet’s assets frozen by Hong Kong authorities. This too was done under the auspices of the new National Security law.

The paper’s founder, Jimmy Lai, who was also a key leader in Hong Kong’s pro-democracy movement, is currently in prison and awaiting trial.

Hongkongers and Americans alike should understand the critical significance of upholding the right to legal representation, yet Americans are under the illusion that our civil liberties are firmly intact even as we watch those of Hongkonger’s dissolve before our eyes.

To be clear, it is perfectly fair for anyone to criticize Giuliani and the Trump camp’s claims of election fraud or to criticize any other attorney who brings a lawsuit questioning the process, rules, or outcome of an election. What is chilling is for the courts to punish him and other attorneys for doing what attorneys do in a free society: presenting their case rigorously in a high-profile lawsuit or other legal proceeding. It will pose a dangerous threat to the civil liberties of every single American if the practice of suspending a lawyer’s license for simply presenting an unpopular, politicized case becomes normalized.

The American public’s best interest lies in the preservation of a system that protects every individual’s right to a fair trial and unhindered legal representation.

The situation in Hong Kong demonstrates plainly how easily tyrants will use the justification of “national security” or “public safety” to “discipline” anyone who challenges their authority in the slightest.

Those calling for American lawyers to be canceled because you don’t like their clients or causes might want to take a deep breath and think about what you’re doing.  Because the moment our own judicial system begins to mirror that of the globe’s most powerful authoritarian regime is the moment we have gone too far. 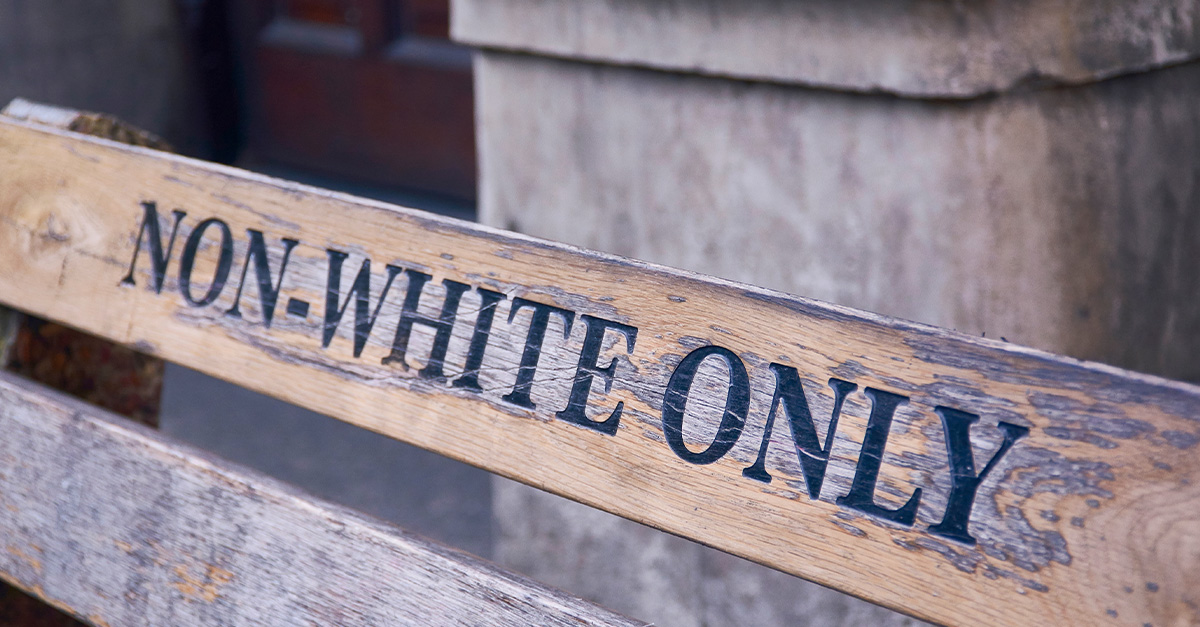