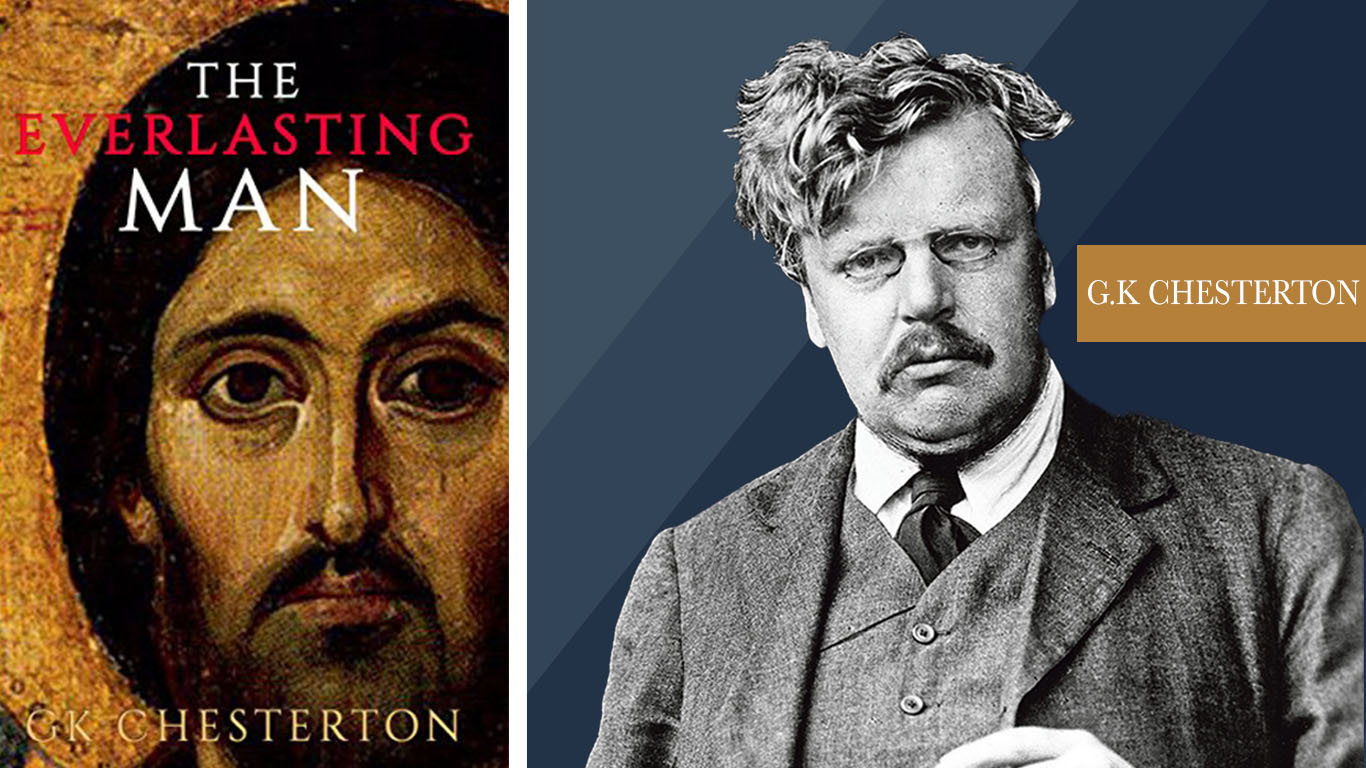 G.K. Chesterton lived in the early 20th century amid the heady, rational modernism of that age, which felt that humankind, though originating in mere, unguided evolution, had now progressed beyond the need for religion — or at least for sharp religious divisions. Chesterton himself did not share this viewpoint. He was outspokenly Anglican and then Catholic. He was a sort of philosopher, or at least an unapologetic apologist. Chesterton published The Everlasting Man in 1925, and soon after he converted to Catholicism.

The task he set himself in The Everlasting Man was to craft simultaneously an apologetic and a rebuttal. Chesterton wrote explicitly in response to The Outline of History by H.G. Wells. He wrote that Wells presented an admirable “accumulation of history” that was “only wrong as an outline” because it described a gradual evolution of both man and religion. Chesterton’s primary argument is that two things in history stand out utterly unlike everything else: the creature called man and the man called Christ.

Chesterton begins by sorting out what belongs to myth and what to man. For him, long periods cannot automatically explain how man gradually evolved from other species. Instead, he wrote, “the more we really look at man as an animal the less he will look like one.” Cavemen may have drawn pictures we consider crude, but the crudest drawing by any other kind of animal would be far more striking. Man cannot be explained by a biologist or historian; his very existence is a puzzle of a religious or philosophical nature. Nor can professors reconstruct a prehistoric history (a contradiction in terms) to explain the ancient origin of religion using nonexistent evidence. They cannot even explain semi-mystical customs such as clothing.

He argues that modern histories of ancient times inaccurately expect humanity to emerge from the mists of time unsophisticated and backward. But, says Chesterton, “the dawn of history reveals a humanity already civilized.” The ancient pyramids of Egypt and Babylon — still more the ancient heroes of Troy — loom large and undeniable. By imagining these ancient men as human beings, we can understand them far better than by superimposing a narrative of linear progression in which they must be lesser.

Religion also appears fully formed in ancient history. And, Chesterton argues, to the detriment of any theory of “comparative religion,” paganism, ancient or modern, is “the one real rival of the church of Christ.” Chesterton recompiles ancient history in his own outline, dividing ancient paganism into three subdivisions: the gods, the demons, and the philosophers. Among these, the idea of God was concealed and forgotten, felt in the “unfathomable sadness of pagan poetry.” Knowledge of God never “evolved,” as modernists suggest, but was preserved only by the Jews until the proper time.

He compares the gods to a “daydream,” something which idealists wished was true but which was only taken half-seriously. Meanwhile, more practical men sought effectual gods — and found demons. These two styles of paganism ultimately clashed in the Punic wars, by Chesterton’s telling, with the classical virtues and half-believed-in gods of Rome pitted against the man-devouring, evil demons of Carthage. Parallel with pagan cults, pagan philosophers sought truth in reason, apart from the gods. Pagan philosophers like Pythagoras, Buddha, and Confucius created ethical worldviews that have been called religions, even though they don’t clash with the cults. This original “coexist” movement signaled an “end of the world” in which the wheel of history turned around on itself and promised to go on just as it had forever.

Suddenly, God entered the world. If all pagan history can be represented by a Buddhist wheel turning round and round, Chesterton says, then Christianity is truly represented by a cross, with straight lines at sharp angles contradicting all that came before. The world became larger because it now contained something new. Chesterton says the images and stories of Christmas create a “psychological difference which can outlast any theologies,” which renders the Christian world fundamentally distinct from all other religions. Skeptics have attempted to define Christ in many ways, but all that their one-dimensional attempts have shown, besides their own “local limitations,” is that Christ is larger than their imaginations.

In fact, says Chesterton, the strangest story in the world is Christ and His Church. Christ’s life was unlike anything before or after. And the Church has moved forward — not vaguely as a social movement but pointedly and vigorously as a battering ram. Chesterton even enlists the witness of heretics to rebut the absurd claims then (and now) pushed against the Church. In fact, the Church of Christ is history’s one “escape from paganism.” In Chesterton’s view, it remains young, fresh, and relevant. If its critics cannot see that, it is because they have grown old and are regressing back into the world Christianity escaped.

Chesterton’s argument is unique, striking, and controversial. Some of his contentions are difficult to accept even by skeptics of modernism. For instance, did history really come to an end before Christ entered the world? Some of his psychological assumptions, too, leave room to be challenged, or at least discussed. At the same time, Chesterton’s linguistic mastery deserves a fair hearing. Perhaps you’ll be persuaded by his ironic humor and reliance on a humane imagination.

His treatment of pagan idols, in particular, takes on a strange shape that is hard to reconcile with the Bible. He distinguishes between gods, idyllic daydreams which virtuous pagans only half credited, and demons, portrayed as wicked monsters with dark and evil power. In contrast, the God of the Bible condemns all idol-worship as inherently evil and derides all idols as powerless. Doubtless people will see different nuances here, but The Everlasting Man offers a different perspective on pagan idols than, say, Isaiah 44.

Chesterton is unapologetically Catholic in this book, at times leaning into papal doctrines and at others criticizing Protestants. For non-Catholics like me, this ribbing can be uncomfortable, although I find his prose so enjoyable that I’m willing to largely overlook that. Most of his references to the Catholic Church are compatible with a Protestant’s understanding of the catholic (universal) Church.

However, I believe Chesterton successfully effects his main purpose in writing the book. To show how modernist conclusions about history are more irrational than Christian ones, Chesterton assumes their premises. His argument takes the shape of a reductio ad absurdum. He counters modernist contentions that man is just another animal by showing how remarkably strange an animal he is. He counters modernist contentions that Christ is just another man by showing just how strange a man He is. Chesterton does this through delightful prose, surprising examples, and — above all — humor. 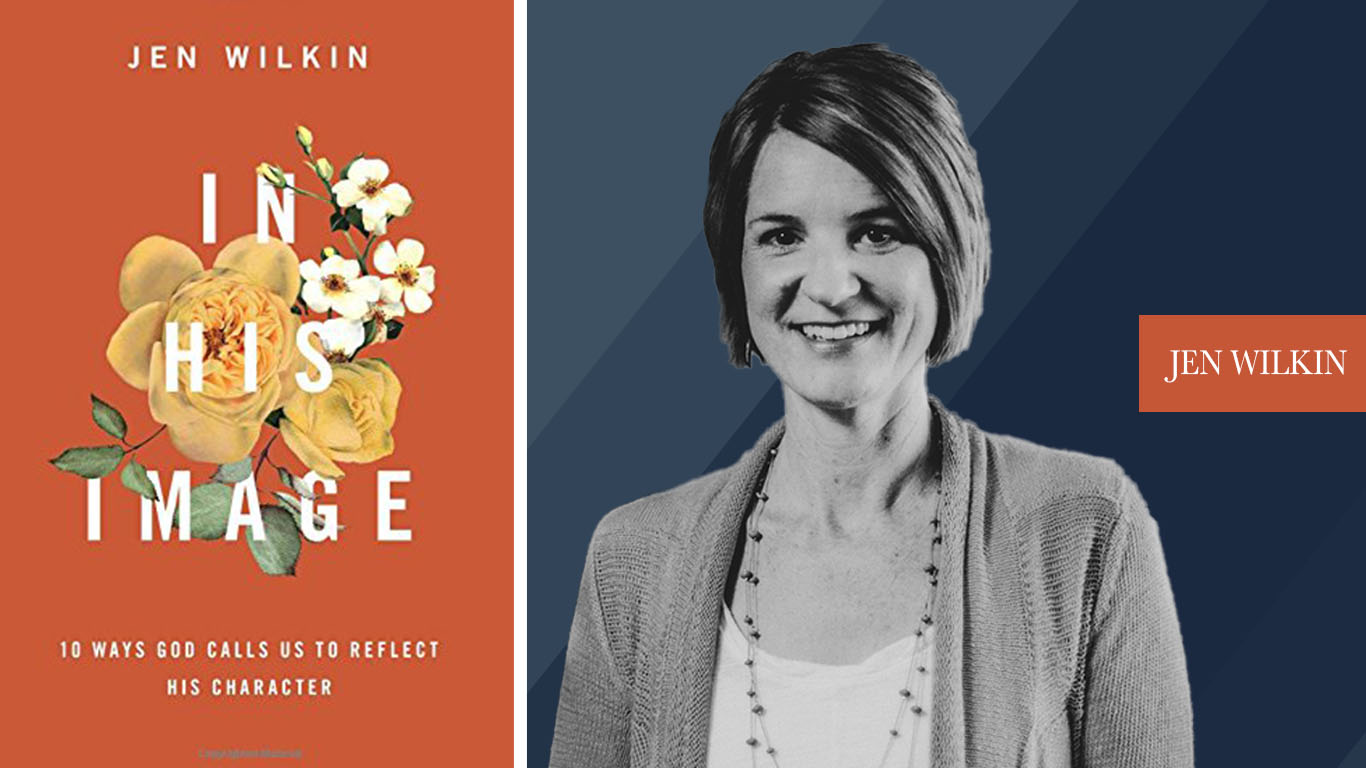 Book Review I In His Image