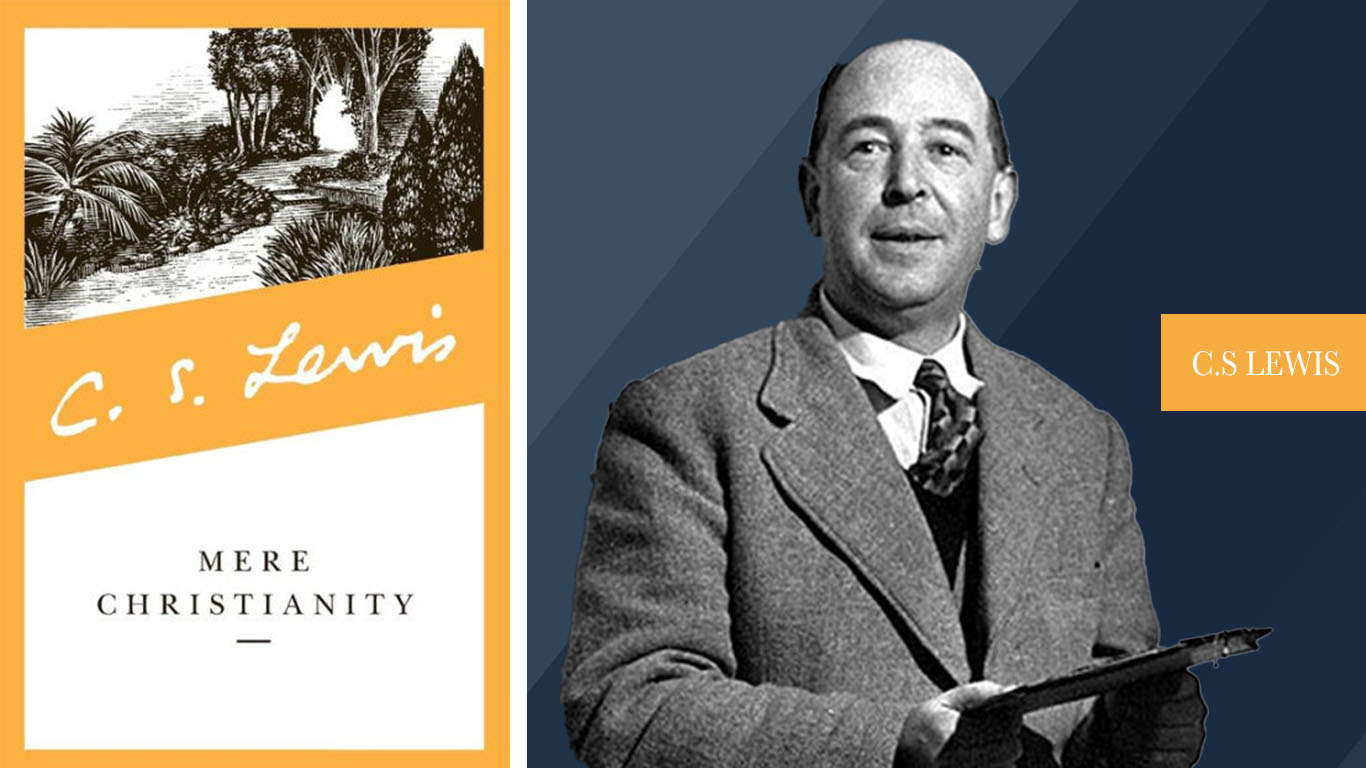 Clive Staples Lewis, better known as C.S. Lewis, was a British author, professor, and philosopher who wrote on a variety of topics. Perhaps best known for his children’s series The Chronicles of Narnia, Lewis was also an intellectual giant and perhaps the most well-known author in the field of Christian apologetics. Mere Christianity is possibly the most beloved of his non-fiction works.

Mere Christianity, written in 1952, is a compilation of three radio talks given by Lewis from 1942-1944: “Broadcast Talks,” “Christian Behaviour,” and “Beyond Personality.”

Early in the book, Lewis makes one of his strongest points, which is the argument for a moral law and thus a higher power who gave men such a law. His point is that all men instinctively know that there is a standard of right and wrong and that can best be seen either when we ourselves are wronged and cry foul or when we are guilty of wrong and desperately offer justification for our actions.

Lewis’ argument is masterfully crafted, not only through logic but through practical experience, leaving one internally nodding at his description of man’s behavior and thought processes. When Lewis arrives at his conclusion that there must be a personal divine force who gave man the law of human nature, the reader is left with little option but to concede.

Perhaps the book’s greatest strength is Lewis’ understanding both of human nature and the Christian life. In fact, this is not unique to Mere Christianity but is present in all of Lewis’ other works. Lewis understood and articulately expressed through his experiential knowledge what it was like to be human and to be a Christian.

While this is an inherently Lewisian attribute, it shines brightly in Mere Christianity. For example, in his chapter on charity, Lewis discussed not only God’s love for man but man’s love for God. He wrote,

“About the second of these two, people are often worried. They are told they ought to love God. They cannot find any such feeling in themselves. What are they to do? The answer is the same as before. Act as if you did. Do not sit trying to manufacture feelings. Ask yourself, if I were sure that I loved God, what would I do? When you have found the answer, go and do it.”

Lewis does not come to the reader as a theologian whose holiness and zeal for God are beyond the normal human experience, but recognizes that as fallen humans, there are times when we do not feel like loving God. Most Christians who are honest will admit there are many times that reading the Bible, praying, or worshipping are not what they feel like doing. Lewis just had the candor to say it.

While the weaknesses of the book are few, minute flaws do exist. The first of these is in relation to his strong argument for a personal, divine lawgiver. As previously stated, Lewis’ argument for such a being is superb. His transition from a personal divine being to Christianity is somewhat limited by comparison. Lewis, who gives potentially even exaggerated credence to other religions throughout the book, does little in the way of making his argument for Christianity over other religions besides dualism.

The other shortfalls of the book are theological differences only. Lewis explicitly stated that he intended not to delve into denominational controversies, a task he performs wonderfully. At a few points, however, he displays great deviation from typical evangelical views, likely attributable to his membership in the Church of England. In the chapter “The Practical Conclusion,” Lewis conveys the idea that there are three things that spread the “Christ-life” to believers, namely baptism, belief, and Communion. He recognizes there are differences in the emphasis denominations place on these three, but he does not recognize the evangelical view that only belief dispenses grace to believers whereas baptism and Communion are only required memorials.

It is also in this chapter that Lewis states that a “Christian can lose the Christ-life which has been put into him, and he has to make efforts to keep it.” Lewis’ meaning by this statement is unclear as to whether he meant only that a Christian can quench the Holy Spirit and backslide or whether a Christian can actually lose his or her salvation. To this reader it seemed like the latter, which is in opposition to evangelical belief.

Included in the theological differences was Lewis’ belief in evolution. Throughout Lewis’ life, he struggled with the idea of evolution and to what degree it existed. Early in the book it seems Lewis only advocates for microevolution, or minute adaptations in a species. Later, Lewis compares the new man in Christ to the evolutionary process, suggesting that it is the evolution of man. In this discussion he indicates that mankind evolved on the Earth. This is in contrast to the typical evangelical understanding that God created men directly from the dust.

Differences aside, Mere Christianity is a must-read both for Christians and for anyone curious about the Christian faith. Providing an overview of Christianity is a tall task and Lewis was up to the challenge. Throughout the book there are profound and famous statements such as the idea that Jesus was not merely a “good teacher,” as secularists frequently acknowledge but had to be one of these three characters: liar, lunatic, or Lord.

The Christian who reads this book will find himself both comforted and challenged by a fellow traveler who speaks as an equal, albeit a brilliant one. For an understanding of what it is like to be a Christian, there is no greater work than Mere Christianity. 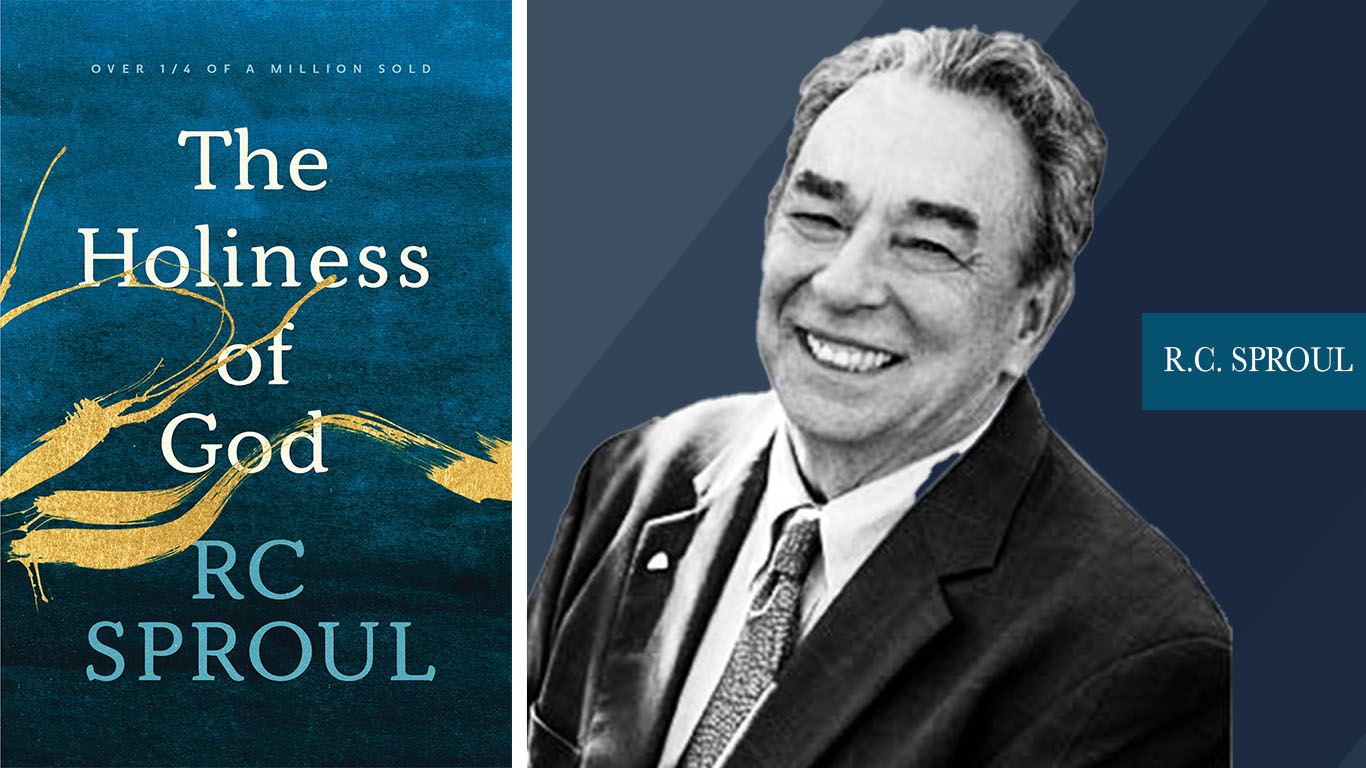