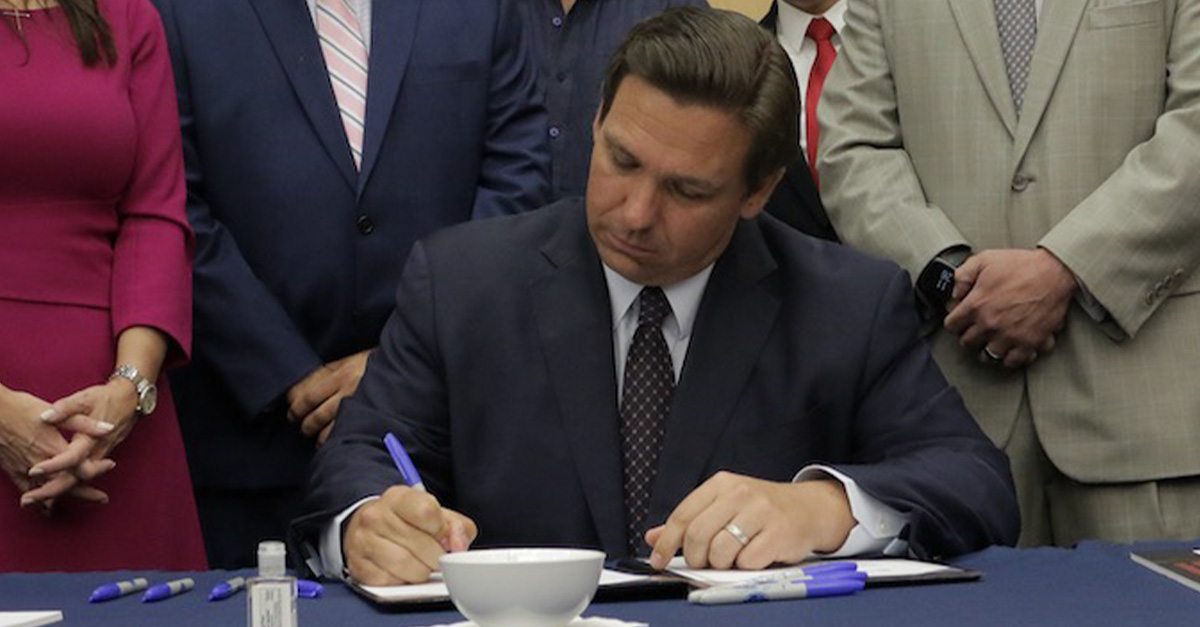 If the future of a society rests in its youth, Florida is investing heavily in its future by establishing civics requirements for students, including teaching about the “evils of communism.”

Standing in stark contrast to the wave of Critical Race Theory-based teachings sweeping the nation that portray America as racist and unfair since its founding is Florida’s design for what could only be described as patriotic curriculum.

High school students will be required to learn American and world history as well as economics and American government. DeSantis said, “Once students graduate high school, some will go to college, some of them will do other things … whatever you do, this civics is gonna be relevant because you are going to be a citizen.”

College and university students will also be required to take a civics literacy course and pass an assessment to graduate.

Students will also learn about the “evils of communism and totalitarian ideologies.”

House Bill 5 states that high school students’ American government requirement “must include a comparative discussion of political ideologies, such as communism and  totalitarianism, that conflict with the principles of freedom and democracy essential to the founding principles of the United States.”

“oral history resources to be used along with the civic education curriculum which provide portraits in patriotism based on the personal stories of diverse individuals who demonstrate civic-minded qualities, including first-person accounts of victims of other nations’ governing philosophies who can compare those philosophies with those of the United States. This paragraph may be cited as the ‘Portraits in Patriotism Act.’”

House Bill 233 addresses the increasing censorship and ideological monopolies on college campuses by requiring universities to conduct annual assessments on intellectual freedom and viewpoint diversity. It also prohibits the “shielding” of students from unfavored ideologies.

The term “shield” refers to limiting students’, faculty, or staff’s “access to, or observation of, ideas and opinions that they may find uncomfortable, unwelcome, disagreeable, or offensive.”

Laws like these are critical to combatting the stranglehold the left has on education. The left teaches students to hate the United States and to push for a Marxist revolution. This is why younger generations are much more comfortable with socialism than their parents and grandparents.

It is essential to teach students what sets the U.S. apart from other nations, that the promise of freedom and individual liberty is something that must be diligently guarded. By showing young people the dangers and horrors of communism, they will learn that the ideology is not the utopian dream that leftist educators want them to believe.

These laws should be a template for other states to follow. If Americans want to take the country back from the woke complex, they must take back control of the education system.

DON'T MISS
Despite warnings from Democrats, U.S. Catholic bishops move forward with document that could deny Communion to pro-abortion politicians

UP NEXT
With its employees arrested and its assets seized, Hong Kong’s pro-democracy paper Apple Daily says it must stop the presses permanently