Home ›Human Rights›Do black lives actually matter to Black Lives Matter? By their actions, goals, and results, the answer is clearly ‘No.’ 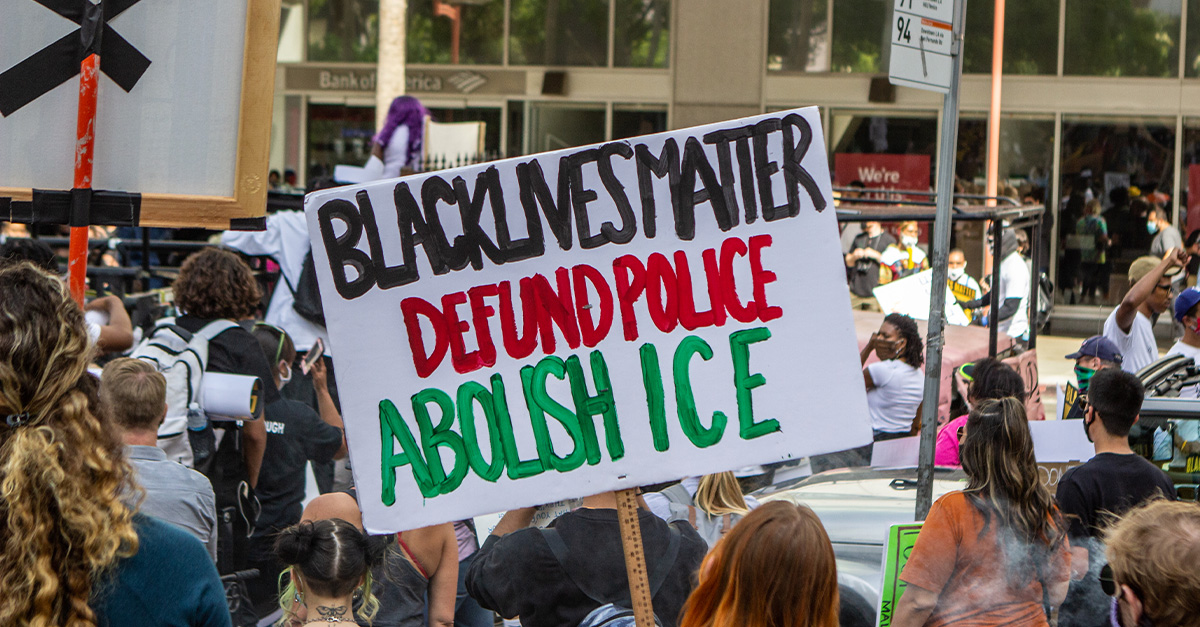 When a black person is shot by a police officer, Black Lives Matter (BLM) takes to the streets to protest and riot without waiting for the facts, but where is BLM when victims are harmed by black-on-black violence or as a direct result of BLM’s activities? Unfortunately, nowhere to be found.

The statement “black lives matter” shouldn’t be controversial, and at one time, it wasn’t. What could possibly be debatable about an organization ostensibly devoted to ensuring that the lives of black people are protected and valued? The phrase however, has come to be more closely associated with the polarizing organization of the same name than the sentiment.

BLM has been connected to violence, riots, and financial scandals as well as seemingly unrelated political goals, such as deconstructing the family, furthering Marxism, abolishing Immigration and Customs Enforcement (ICE), and supporting the Palestinian cause and opposing Israel. One of the group’s most conspicuous traits, however, is its deafening silence on violence against black people that has been committed by anyone but police officers.

Perhaps the most egregious example is that of Secoriea Turner. The eight-year-old girl was shot and killed by armed “vigilantes” who had set up barricades to block the area where protestors gathered to protest the police shooting of Rayshard Brooks in Atlanta. The armed guards decided that the car Turner was riding in should not pass and fired rounds into the automobile, killing the little girl in front of her horrified mother, who was driving at the time.

Her parents filed suit against the city for failing to clear the area. Charmaine Turner said, “Secoriea should be here. None of what we’re doing will ever bring our baby back. Her life is priceless. We deserve justice. Someone needs to be held accountable.”

A city spokesperson said, “The murder of Secoriea Turner, as a result of senseless gun violence, is a tragedy that no family should have to endure. Due to the anticipated litigation, the City will offer no further comment, at this time.”

Or take the example of Daunte Wright, who was shot and killed by police accidentally when a female police officer mistook her gun for a taser after he wrested free during an attempted arrest and jumped in his car to drive away. BLM and politicians were quick to jump to Wright’s defense, yet allegations now claim that he was a violent criminal, possibly explaining why he threw his own gun away before being shot. A civil suit claims that Wright shot 16-year-old Caleb Livingston in the head at a gas station. Livingston is now in a vegetative state. Wright is also accused of shooting Joshua Hodges, a former classmate, before stealing his car. In addition, Wright was charged with aggravated robbery for allegedly choking a woman, holding her at gunpoint, and attempting to rob her. Where was BLM and its sense of justice for those victims?

In Chicago, 55 people were shot over the weekend, including an 11-year-old girl. Pastor Donovan Price said, “There were a lot of people and a lot of shooting, so they did not know where to run or where to hide.” Price listened to calls on the police scanner and also went to the scene. He said, “There were people coming up that were shot in the leg, and this and that. Some people even [were] shot and walking around. It is so chaotic. Everyone is looking for people. What hospital did they go to?”

Chicago Police Supt. David Brown pleaded for the violence to stop. “Revenge, retaliation, will never be enough to satisfy you,” he stated. “It can only destroy more lives.”

On Tuesday, 14 more people were shot, including a 9-year-old boy playing in his yard.

In Minneapolis, residents are suing the city after the City Council defunded the police leading to a significant rise in violent crime. Don Samuels, one of the petitioners, said,

“When the announcement was made to defund the police … that just opened the doors to a level of mayhem where taboos were erased, standards were no longer acknowledged because only the cops could be wrong — a citizen couldn’t be wrong. And so, the naivete of the leadership to not understand how the lawless community would exploit their announcement was maddening.”

In Minneapolis’ sister city of St. Paul, BLM chapter co-founder Rashad Turner quit after he learned the “ugly truth” about BLM. “I believed the organization stood for exactly what the name implies — black lives do matter,” Turner said. “However, after a year on the inside, I learned they had little concern for rebuilding black families.”

He added that BLM “cared even less about improving the quality of education for students in Minneapolis,” which was “made clear when they publicly denounced charter schools alongside the teachers’ union.”

Where is BLM for the victims of violence around the country whose pain is not politically expedient for the left? Decrying black-on-black violence or promoting charter schools doesn’t further BLM’s Marxist agenda nor does it bring in millions of dollars its executives can use to buy more mansions.

If black lives truly mattered to BLM, the organization would actually take a stand against the “defund the police” movement that is leading to scores of black lives being prematurely ended in American towns and cities; would decry the violence in black communities, no matter who committed it; would support and help foster a strong family unit; and would demand a stop to the rioting and violence in the name of justice for criminals who resisted arrest.

But black lives don’t matter to BLM or to the left, so they will continue to push policies that are devastating to the black community and continue to get rich off of other people’s pain.

DON'T MISS
Psychoanalysis goes ‘woke,’ as some practitioners now claim that ‘whiteness’ is a ‘parasitic’ and ‘perverse’ mental condition

UP NEXT
Land of the Free: New York Islanders’ fans show their love for America in moving sing-along to national anthem