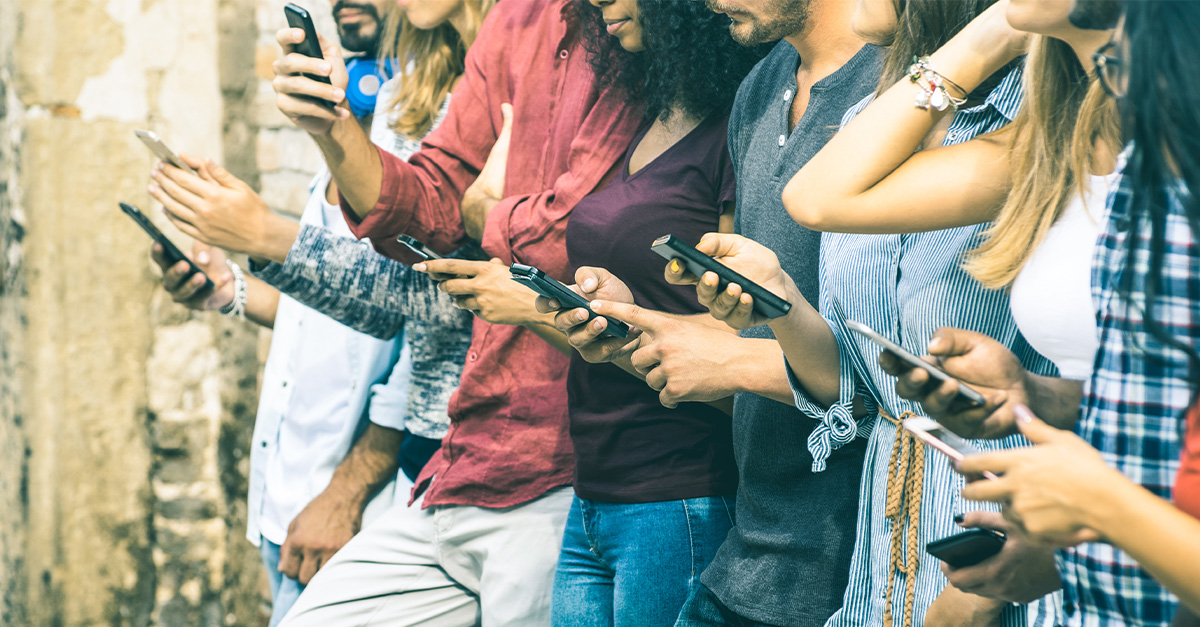 This can hardly be shocking to anyone who is critical of current cultural trends and will likely cause many an older American to roll their eyes at the godless snowflakes of the Millennial era who so often receive the blame for society’s ills.

Yet can we Millennials truly shoulder all the blame for the state of things? With all due respect to my elders, I have to say this is hardly the case.

I know this might sound like an incredibly Millennial thing to say, but I believe my generation is being somewhat scapegoated when there has been a decided failure of prior generations to invest in and endeavor to preserve the Christian values they profess to adhere to at higher rates than those who they’ve raised.

For the Church, this could not be truer, and the resulting damage has increased with each succeeding generation, culminating with mine — which, to be honest, for those of us who have actually had the opportunity to hear the Christian message will likely have been presented a kind of easy-to-digest, entertaining, and altogether condescending theology, rather than the forthright, challenging but grace-filled Gospel of Jesus Christ that is necessary to grab and hold onto the attention of my skeptical, anxious, and easily distracted peers.

“The beliefs and behaviors of younger Americans, especially Millennials, threaten to reshape the nation’s religious parameters beyond recognition. In fact, this radical spiritual revolution has created a generation seeking a reimagined world without God, the Bible, or churches,” the CRC wrote.

Just 19 percent of Millennials believe that the “universal purpose for all people is to know, love, and serve God with all heart, mind, strength and soul” while just 16 percent fall into the criterion of a born-again Christian.

Meanwhile, while just 28 percent of builders and 32 percent of Gen Xers qualify as what CRC calls “Don’ts” — people who “do not know, believe, or care if God exists” — nearly half of Millennials, or 43 percent, fall into this category. Millennials are also far more likely to accept “liberal theology.”

George Barna, director of research for the CRC, pointed to previous generations for the dramatic changes in our nation’s “central beliefs and lifestyles.”

“The result is a culture in which core institutions, including churches, and basic ways of life are continually being radically redefined,” he explained.

This shift in America’s religious landscape “began nearly 60 years ago, as the Boomers began to usher in aggressive spiritual change,” the study explained. “But the spiritual revolution among Millennials has gone further in cutting ties with traditional biblical views and values.”

Indeed, while older Americans are more likely to adhere to traditional Christian beliefs, the dominant worldview among all four generations is syncretism, the “mash-up of various worldviews that provides each individual with a customized understanding of and response to life.”

You may recognize this belief system from any Oprah interview, in which she will routinely ask her subjects to describe “their truth.”

I believe this is where we discover the root of the problem. After all, Millennials did not raise themselves nor did we participate in much of the cultural change that produced the hyper-secularized America in which we were raised.

As an adult convert to Christianity from a decidedly secular worldview immersed in everything from post-Freudian psychological dogma to Santeria and Buddhism, I can fully attest to the concerning prominence of inconsistent worldviews among adults both my age and older, as well as its source within our culture.

The idea that one can form their own “truth” by picking and choosing from a buffet of beliefs and neat-sounding tropes like “just be yourself” and “be the master of your own destiny” is concerningly prominent, and the increasingly popular arguments of progressive “deconstructionist” Christianity that undermine the authority of Scripture reek of the secular, posthuman thought that has plowed its way to the forefront of Western culture over the last century.

That the majority of Americans identify as Christian and yet still many of these and more hold incomplete and decidedly non-biblical worldviews, meanwhile, reeks of a devastating crisis in Christian education that absolutely must be rectified with the current and future generations if we hope to preserve our nation’s core moral values.

It is not enough to bring up children in a Christian culture if they are not being taught what an authentic and complete Christian worldview looks like. Is it really just a stunning coincidence that as God has been kicked out of the public school — and the public forum as a whole — the children who have been raised up in this culture now show little indication of even caring if there is a Creator, much less any fear of Him?

Yet the knowledge of such a Creator is essential to understanding American-style liberty so should we be surprised that young Americans have been so taken in by the radical Marxism that the now older secular Baby Boomers have been gently embracing and softly promoting for years?

None of the concerning issues our nation is facing today can be divorced from the widespread rejection of Christianity, a rejection that produced the hyper-profane, hyper-egocentric environment in which Millennials were raised.

We certainly can’t be blamed for the entire state of things — but every principled Christian today can redeem themselves by going out and telling the true, coherent Gospel of Jesus Christ, not the watered-down version that is oftentimes more palatable to modern ears.

Christ’s work on the Cross holds significantly more meaning if you understand not just why He did it, but who He was, who we are, and who our common Creator is — and, most importantly, that He is.

The Bible is not a series of stories and niceties or a moral code to borrow from when it suits us. It is the God-breathed explanation of every pressing philosophical question whose answer we could ever comprehend.

Millennials can be lazy, self-centered, and whiny, to be sure, but we certainly are not fully culpable for the massive cultural shifts that have so drastically changed the prominence of a biblical worldview within our society, and yet, those relatively few of us who do have that worldview certainly have our work cut out for us when it comes to raising up new generations of Christian Americans.

After all, being a follower of Christ in a world where the majority of your peers and your elders reject the biblical worldview doesn’t tend to lend itself well to the development of a strong faith.

If anyone can do it, though, we can. And whether we like it or not, God has chosen us for such a time as this, so we’ve got to make sure that we Millennials who do believe join with the remnant of prior and current generations, rise to the occasion, and fully embrace, live out, and boldly proclaim the authentic Gospel of Christ to a lost and confused society that needs to hear the truth. 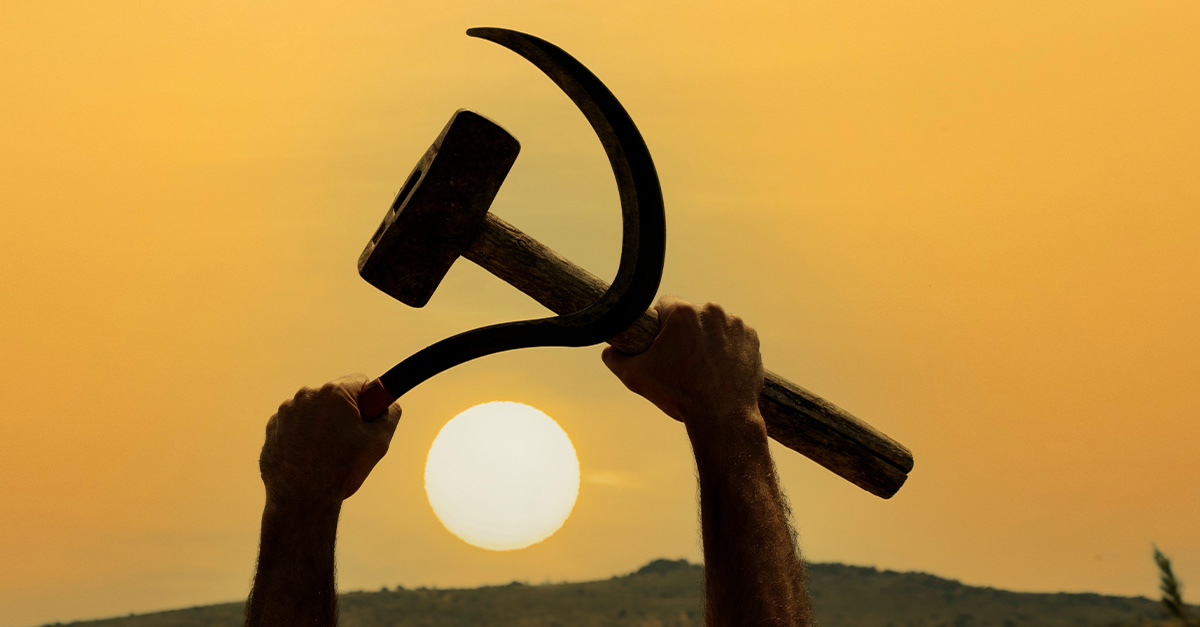