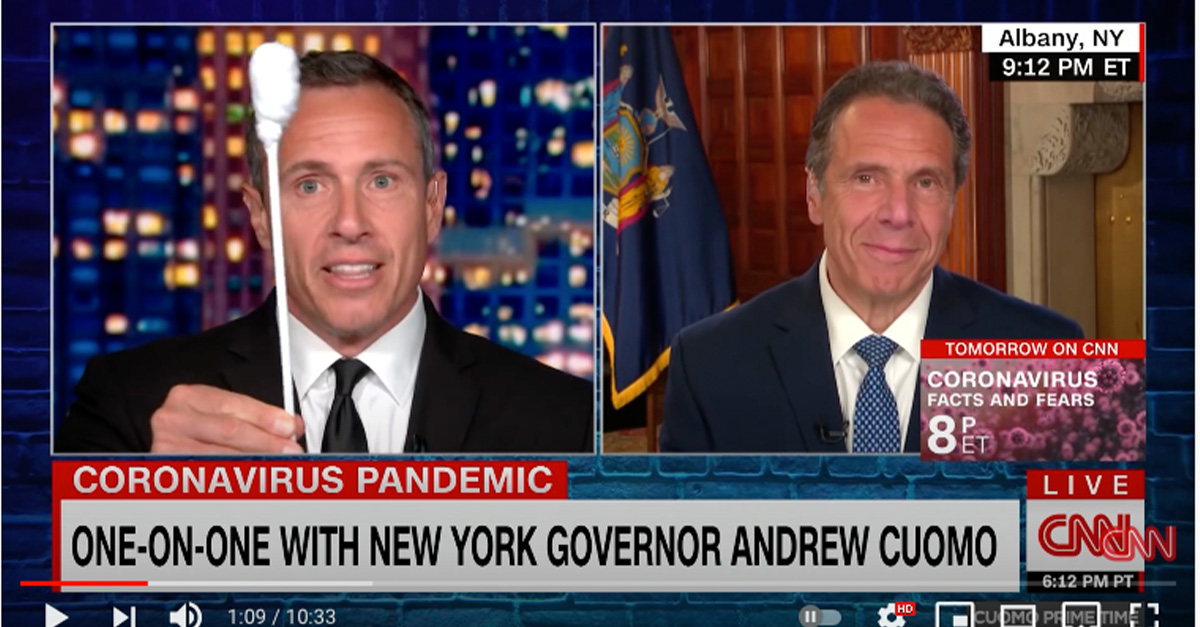 A Washington Post report found that CNN anchor Chris Cuomo has been involved in official discussions on how his older brother, Gov. Andrew Cuomo, D-N.Y., should effectively handle a string of sexual harassment charges, raising concerns about the ethics of a member of the media aiding a politician.

A key tenet of journalism is that members of the media and politicians are supposed to be detached from the subjects they are covering. This encourages objectivity and the ability to hold elected officials accountable. That clearly is not the case with CNN and its decision to allow Chris Cuomo to report on and even interview his brother, the most powerful politician in New York, during the COVID crisis.

But then came the sexual harassment allegations against Gov. Cuomo. Chris Cuomo stated on his show that he could not cover this particular scandal involving his brother because he could not be objective. Behind the scenes, however, the anchor was on official conference calls with his brother and government lawyers and staff, as well as outside advisers.

According to a report by the Washington Post, “The cable news anchor encouraged his brother to take a defiant position and not to resign from the governor’s office, the people said. At one point, he used the phrase ‘cancel culture’ as a reason to hold firm in the face of the allegations, two people present on one call said.”

His brother followed his advice then, and continues to do so. Gov. Cuomo has no intention of resigning.

The CNN anchor’s involvement is against longstanding journalistic standards. Nicholas Lemann, a professor at Columbia Journalism School and a writer for the New Yorker, said, “If you are actively advising a politician in trouble while being an on-air host on a news network, that’s not okay.”

CNN issued a statement on the controversy, saying, “It was inappropriate to engage in conversations that included members of the Governor’s staff, which Chris acknowledges. He will not participate in such conversations going forward.”

Chris Cuomo issued an apology on air, explaining, “It will not happen again. It was a mistake because I put my colleagues here, who I believe are the best in the business, in a bad spot.”

Some CNN employees voiced frustration, particularly considering the network’s reputation for having a left-wing bias. One employee said, “I don’t think anyone was surprised they spoke about this, given they are family, but calls with lawyers and staff . . . wow.”

While Chris was not able to discuss the sexual harassment allegations against his brother, he was allowed to interview the governor six times regarding his handling of the COVID crisis. In one interview he said,

“I hope you are able to appreciate what you did in your state and what it means for the rest of the country now and what it will always mean to those who love and care about you the most. I’m wowed by what you did, and more importantly, I’m wowed by how you did it. This was very hard. I know it’s not over. But obviously I love you as a brother, obviously I’ll never be objective, obviously I think you’re the best politician in the country.”

In reality, Andrew Cuomo’s handling of the COVID crisis was disastrous, a fact that precipitated other scandals for the governor regarding nursing home deaths and multimillion dollar book deals.

Those on the right often raise objections about the bias shown by mainstream media outlets, and with good reason. A news anchor advising a politician on how to handle scandals is highly inappropriate. In this case, however, the two are brothers, making it understandable why Chris was on the conference calls, even if he shouldn’t have been.

Moreover, Chris Cuomo should not have had contact with his brother in his journalistic role. His obsequious interviews with Gov. Cuomo essentially promoted his brother as performing better than President Trump and other state leaders in handling the COVID pandemic. But it turns out that that reporting was false. Gov. Cuomo and his policies may be directly responsible for thousands of unnecessary deaths, and Chris Cuomo’s interviews of his brother that effectively gaslighted the people of New York are prima facie evidence as to why no journalist should ever be allowed to report on the activities of a family member who is in a position of power or influence. It was — and always will be — impossible for Cuomo to be objective in his dealings with his brother— and CNN should have never allowed it.

Unfortunately, this isn’t the only instance of inappropriate media collusion with politicians, particularly Democrats. For example, it turns out that NBC’s Chuck Todd was the landlord for Sen. Amy Klobuchar, D-Minn, for the past four years. During the same time that she was paying tens of thousands of dollars a year in rent, Todd moderated Democratic presidential debates that Klobuchar participated in and interviewed her repeatedly. But never once did Todd disclose that conflict of interest to his viewers — as journalistic transparency standards would dictate.

Media outlets have also been caught using unethical tactics to aid Vice President Kamala Harris. After the presidential inauguration, The Washington Post retroactively edited its own 2019 story about Kamala Harris to remove an unsettling and unflattering joke she told.

In an article for Reason, Eric Boehm wrote,

“The original quote might have demonstrated something about Harris—indeed, it suggests why her presidential primary campaign flopped so hard—but its disappearance suggests something about the Post, and about the way traditional political media are preparing to cover Harris now that she’s one heartbeat away from the presidency.”

It wasn’t just the Washington Post helping Harris. Axios deleted a tweet that first fact-checked Vice President Kamala Harris but then reposted an edited tweet without the fact check. The tweet featured a portion of Axios cofounder Mike Allen’s interview with Harris.

Harris claimed, “There was no stockpile … of vaccines. There was no national strategy or plan for vaccinations. We were leaving it to the states and local leaders to try and figure it out. And so in many ways, we’re starting from scratch on something that’s been raging for almost an entire year!”

In its original tweet, Axios said, “@VP Harris to @mikeallen: ‘There was no national strategy or plan for [COVID-19] vaccinations. We’re starting from scratch.’ At a press conference last month, [Dr. Anthony] Fauci said ‘we certainly are not starting from scratch’ on vaccine distribution.’”

As Harris drew criticism for her false claim, Axios deleted its tweet and posted an edited tweet that left Harris’s debunked claim unchecked. Axios then doubled down on February 15, tweeting, “VP Kamala Harris to #AxiosOnHBO:  ‘There was no national strategy or plan for vaccinations, we were leaving it to the states and local leaders to try and figure it out.’”

Unfortunately, these are just a few examples of the media using biased and unfair ethical practices to ensure the “news” follows the preferred narrative rather than simply reporting the facts.

Today’s journalists complain, act offended, and even attack their critics when they are accused of being “fake news” but as the stories cited above show, they have no one to blame but themselves. The only way the media will ever regain its reputation is to set aside their political biases, stop engaging in propaganda and narratives, and once again practice objective, ethical journalism that holds all elected officials accountable — not just the ones they agree with.

In so doing, they’ll stop being a sideshow and a joke and once again serve as the critical check on power that’s needed for our society to remain free. 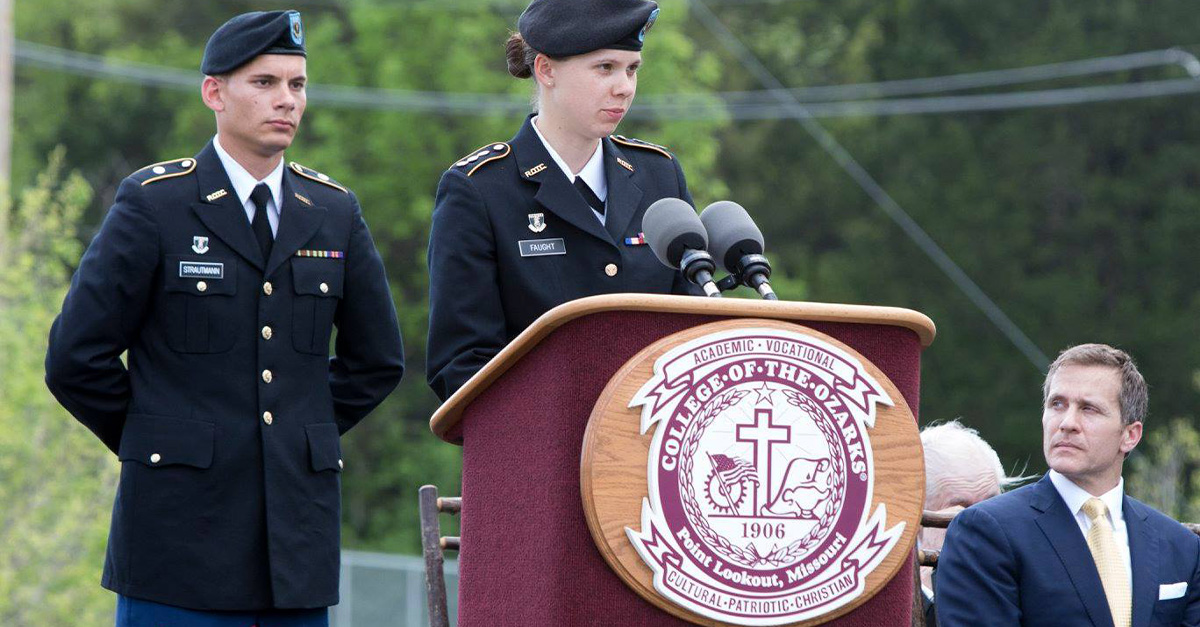