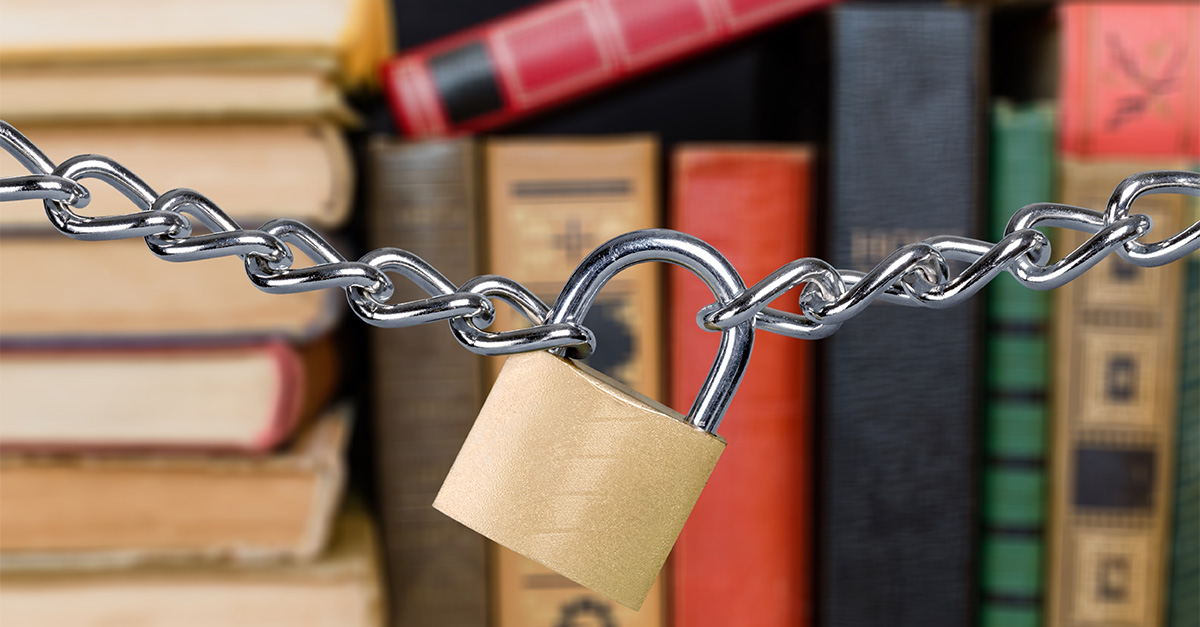 What do “The Odyssey,” “The Scarlet Letter,” “The Adventures of Huckleberry Finn,” “To Kill a Mockingbird,” “Lord of the Flies,” “Peter Pan,” and “Sherlock Holmes” have in common? The woke crowd is actively working to remove all of them from school reading lists.

The push for censorship and modern-day book burning at America’s K-12 public schools and its leading institutions of higher education has continued unabated in 2021. The latest situation occurred when Hannah Berliner Fischthal, an adjunct professor at St. John’s University in New York, was fired after a student complained that she had used the “N-word” when quoting from Mark Twain’s “Pudd’nhead Wilson.” Ironically, “Pudd’nhead Wilson” is Twain’s attempt to expose the horror of slavery and racism.

“It satirizes the entire evil institution of slavery,” Fischthal told the New York Post. “The point of this novel was that there is no inherent difference between blacks and whites. Clothes and education are what distinguishes people. Both the boys in the story look exactly the same, even though one is by law a slave, and the other one is a privileged white boy.”

She also explained, “Mark Twain was one of the first American writers to use actual dialect. His use of the ‘N-word’ is used only in dialogues as it could have actually been spoken in the south before the Civil War, when the story takes place.”

A student said that she had to leave the class “abruptly” because Fischthal used an “inappropriate slur.”

“It was unnecessary and very painful to hear,” the student said in an email.

The professor set up a discussion with the class, explaining, “I apologize if I made anyone uncomfortable in the class by using a slur when quoting from and discussing the text. Please do share your thoughts.”

She was fired on April 29 after an investigation by the school. St. John’s disputes that Fischthal’s termination was the result of quoting Mark Twain though it declined to cite a reason. Fischthal has been teaching at the Catholic school for nearly two decades, and the course she was teaching that day is called “Literature of Satire.”

Fischthal and Mark Twain aren’t the only ones finding themselves being targeted by cancel culture. At a school board meeting in Loudoun County, Virginia, a teacher called out “To Kill a Mockingbird,” a beloved classic written by Harper Lee, as inappropriate material, telling parents, “If you aren’t able to consider the racial trauma this assigned book causes black children with its white saviorism, then you have no business discussing any books.”

California’s Burbank County school district not only canceled “To Kill a Mockingbird” last fall but also Mark Twain’s “The Adventures of Huckleberry Finn,” John Steinbeck’s “Of Mice and Men,” Theodore Taylor’s “The Cay,” and Mildred D. Taylor’s “Roll of Thunder, Hear My Cry” because they all pose “potential harm” to black children. A Massachusetts teacher convinced her school to eliminate Homer’s “The Odyssey”; a Seattle teacher tweeted that he’d “rather die than teach” Nathaniel Hawthorne’s “The Scarlet Letter”; and “Lord of the Flies” is considered problematic by some schools because it features “elite, upperclass, private school students who are white, cisgender, European males.”

Meghan Cox Gurdon, who recently wrote in the Wall Street Journal about the movement attempting to dismantle classic literature, noted, “A sustained effort is under way to deny children access to literature. Under the slogan #DisruptTexts, critical-theory ideologues, schoolteachers and Twitter agitators are purging and propagandizing against classic texts — everything from Homer to F. Scott Fitzgerald to Dr. Seuss.”

“Their ethos holds that children shouldn’t have to read stories written in anything other than the present-day vernacular — especially those ‘in which racism, sexism, ableism, anti-Semitism, and other forms of hate are the norm,’ as young-adult novelist Padma Venkatraman writes in School Library Journal. No author is valuable enough to spare, Ms. Venkatraman instructs: ‘Absolving Shakespeare of responsibility by mentioning that he lived at a time when hate-ridden sentiments prevailed risks sending a subliminal message that academic excellence outweighs hateful rhetoric.’”

Trying to remove classic literature from education is not an attempt to protect students, it is an attempt to reshape Western civilization. To this point they have had a great deal of success. Students now believe that words, no matter their context, cause physical harm. If a professor is using racial slurs against a student, that’s a problem, but a professor reading classic literature that was written to point out the horrors of racism is not racist. But students in academic settings should be open-minded and resilent enough to handle challenging, if not always comfortable, reading material.

Why? Because classic literature offers tremendous benefits to readers that go well beyond even narrative and dialogue and themes. Spencer Baum, a novelist who also runs a Facebook page called “Deep Thinking About Great Books,” says that students today shouldn’t run away from but should instead run towards classic literature. Not only does the act of reading these complex and timeless novels cause readers to develop a broader context to their own lives, connect to a different era, think more deeply, concentrate more intensely, and “unlearn the shallowness and impatience you are learning in your hyper-accelerated 21st century life,” but classic literature also

“…explores the timeless questions and struggles of what it means to be human. And when you explore those questions, exercising the deep thought that classic literature demands, you emerge with valuable insights, which makes you better equipped to actually solve problems rather than simply gripe about them.”

America’s educators need to stop coddling students and teaching them that a word or an idea printed in a book is harmful. If the author uses words or ideas that are viewed as derogatory or painful by students, it presents the perfect opportunity to have a discussion about attitudes at that time, how they were harmful, how they have changed or not, and why and how the author used those attitudes and words to present a larger context about human nature.

Critical race theorists want people to believe that Western civilization was founded on racism and that it is woven into every thought, motive, word, and action of whites, including classic literature. It is a detestable notion and will cause great harm to America’s youth who are already woefully ignorant of history, civics, literature, and Western culture.

Educators who seek the easier path by avoiding difficult and demanding texts are not aiding students, they’re only hobbling and cheating them. As Baum concludes, “Classic literature is our greatest inheritance and we are fools not to take it, not to use it. For centuries, humans have been writing down their thoughts, and the passage of time has withered away all but the most useful of them. What’s left for us is time-tested wisdom from the greatest minds that have ever lived.” 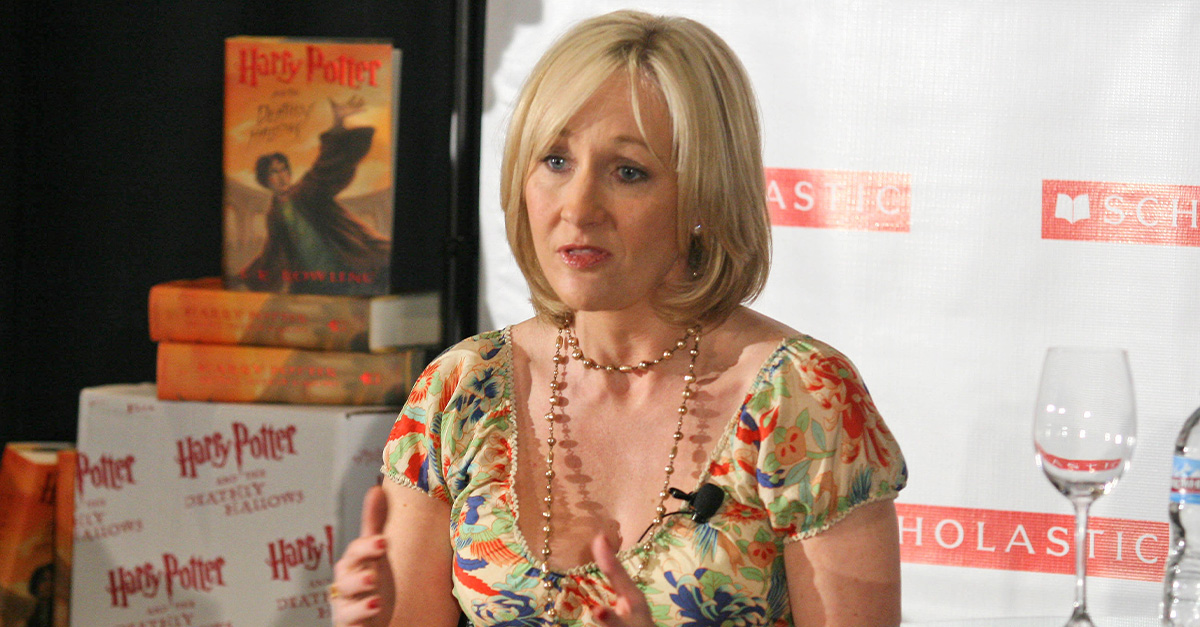