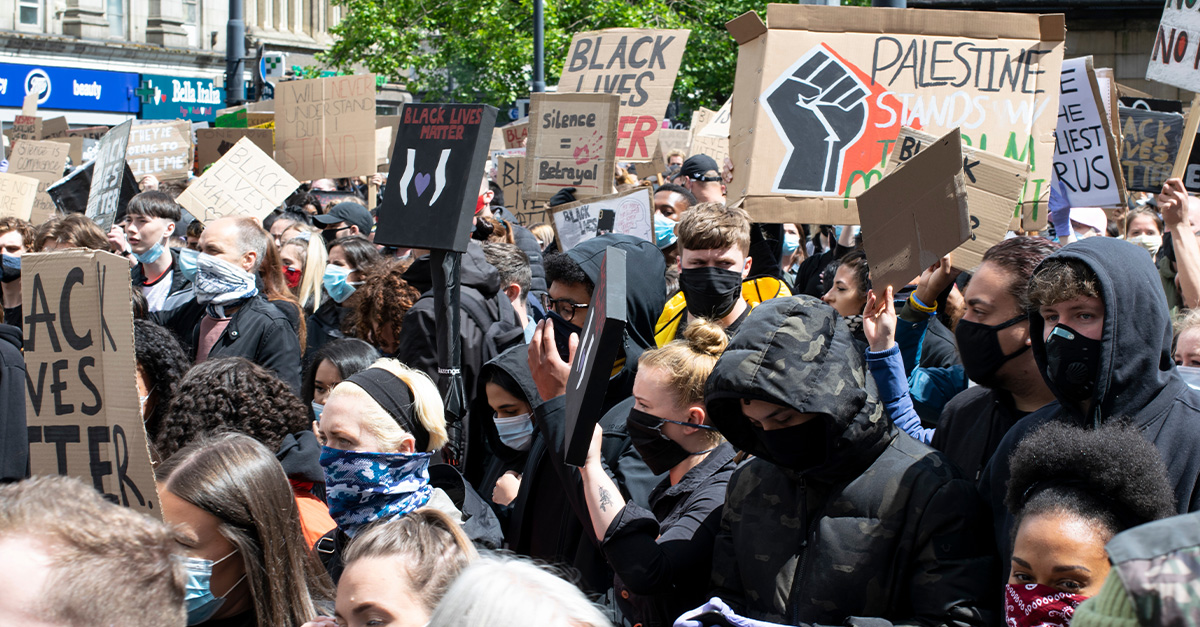 Throughout much of the history of the United States, African Americans found solidarity in their plight with the ancient Israelites who had once been slaves in Egypt, but now Black Lives Matter (BLM) has announced that it has chosen to side with Israel’s enemies.

Perhaps no people group on the planet has experienced the persecution and oppression that the Jewish people have faced for thousands of years. In virtually every time period and in places across the globe, anti-Semitism has reared its ugly head, leading to atrocities like the Holocaust. Today, it is a tiny nation that has found itself the target of a cabal of Middle Eastern countries and terrorist groups. In the times of American slavery, many African Americans felt a kinship with the ancient Israelites, who had also experienced slavery and oppression.

Yet in the worldview of cultural Marxism and intersectionality, Jews and the nation of Israel aren’t oppressed but are labeled as oppressors and “colonizers.” This mindset is seen in BLM’s most recent statement of support for Palestinian liberation. On Monday, the organization tweeted, “Black Lives Matter stands in solidarity with Palestinians. We are a movement committed to ending settler colonialism in all forms and will continue to advocate for Palestinian liberation. (always have. And always will be).”

The anti-Israel Boycott, Divestment, and Sanctions (BDS) campaign responded, “Thank you for your solidarity. From Ferguson to Palestine, our struggles against racism, white supremacy and for a just world are united!”

One BLM chapter held a rally, chanting, “Free Palestine!” The Paterson, New Jersey, chapter released a statement, saying, “Black Lives Matter Paterson condemns the ongoing violence against Palestinians in East Jerusalem by the state of Israel and stands in solidarity with those fighting occupation. We as an organization believe in the freedom to worship and a life free from fear of expulsion and violence.”

It’s important to note that while the pro-Palestinian protests conflate the Palestinian people with Hamas, they are not the same. Hamas is a terrorist organization that does not support Israel’s right to exist and has targeted and killed many Palestinians, as well as Israeli Jews, Israeli Arabs, Americans, and Europeans as part of its terrorist and jihadist activities. Like Hezbollah, a sister terror organization in Lebanon, Hamas is funded by Iran. Hamas captured control of the Gaza strip through a combination of election victories in 2006 and a violent coup in 2007, and it has continued to wage war on Israel under the pretext of “self-defense.”

Tlaib recently took to the floor of the House to rail against Israel, while Bush tweeted, “The fight for Black lives and the fight for Palestinian liberation are interconnected. We oppose our money going to fund militarized policing, occupation, and systems of violent oppression and trauma. We are anti-war. We are anti-occupation. And we are anti-apartheid. Period.”

Such shows of support have drawn criticism. Yoseph Haddad, an Israeli Arab who heads an organization that works to connect the Arab sector to Israeli society, called out Tlaib and her speech. He characterized her accusations against Israel as “all lies” and stated, “You’re hijacking the black struggle in America to make it all about yourself.”

Human rights lawyer Brooke Goldstein responded directly to BLM’s statement against Israel, saying, “I hope you mean #FreePalestine from Hamas that executed gays, throws political opponents off the roof and uses children as shields but no you mean stand with the OPPRESOR (sic) of innocent Palestinian Arabs because you don’t give a [expletive] about them but only use them for partisan gain.”

This is by no means the first time BLM has sided with Palestinians over Israel. In 2016, the group voiced support for the BDS movement, describing Israel as “a state that practices systemic discrimination and has maintained a military occupation of Palestine for decades.”

The support for violent Palestinian groups coincides with a surge in violent attacks on Jews, including the attack that took place in Los Angeles Tuesday.

Dov Hikind, former New York State assemblyman and founder of Americans Against Antisemitism, called out Congressional critics of Israel, citing the number of attacks on Jews across the West in recent weeks, with no condemnation from those members of Congress.

One such critic is Sen. Bernie Sanders, D-Vt., who tweeted, “I am extremely concerned by the growing conflict in Israel and Palestine. Once again we are seeing how the irresponsible actions of government-allied right-wing extremists in Jerusalem can escalate quickly into devastating war.”

The Democratic Party is experiencing infighting as a result of the current Israel-Hamas conflict, with far left-wing members such as the Squad casting blame at the feet of Israel while President Joe Biden has voiced support for Israel over Hamas.

BLM’s hatred for Israel reveals what all should have known already: The organization’s  real commitment is to a cultural Marxist philosophy built on disrupting the “power structure.” It seeks to choose winners and losers based on the farcical concept of intersectionality. A growing number of left-wing politicians take their cues from radical activist groups and members of the “Squad” to organize against Israel or any other “oppressor.”

It also has to be considered that BLM, which has drawn criticism for enriching its co-founder rather than helping the black community, sees an opportunity for another revenue stream. By riling up its existing supporters and branching out to others, the organization could increase its “customer” base and make even more profit.

Any group that claims to fight oppression but sides with terror group Hamas over Israel is a wolf in sheep’s clothing. The organization may be named Black Lives Matter, but they prove that what really matters to them is violent societal transformation and power. 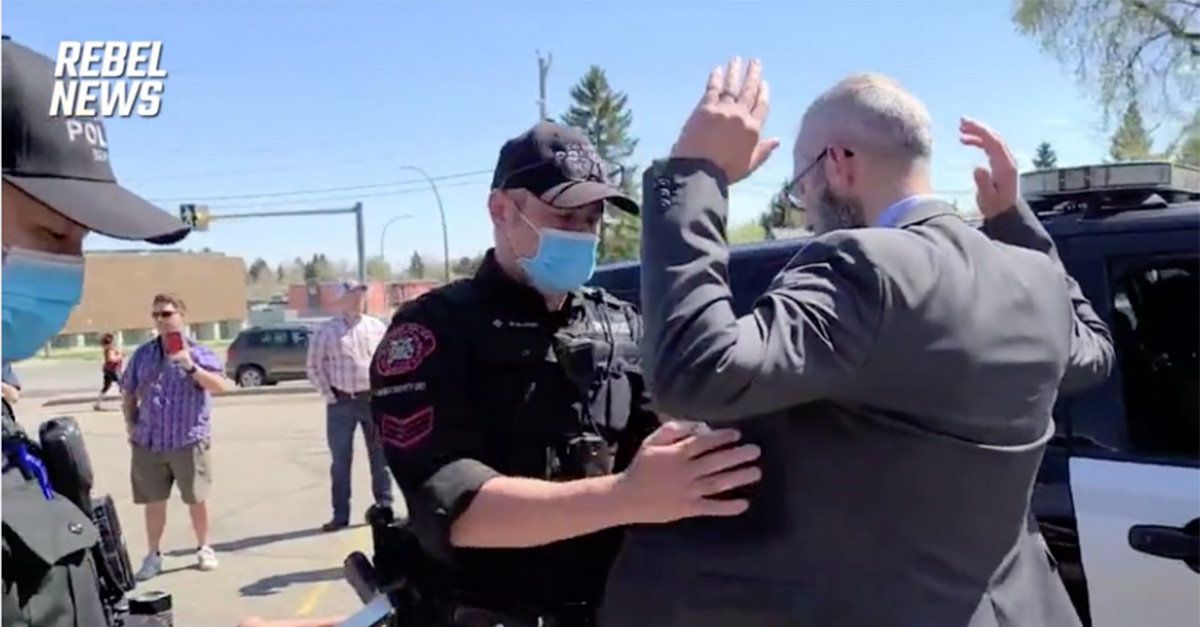