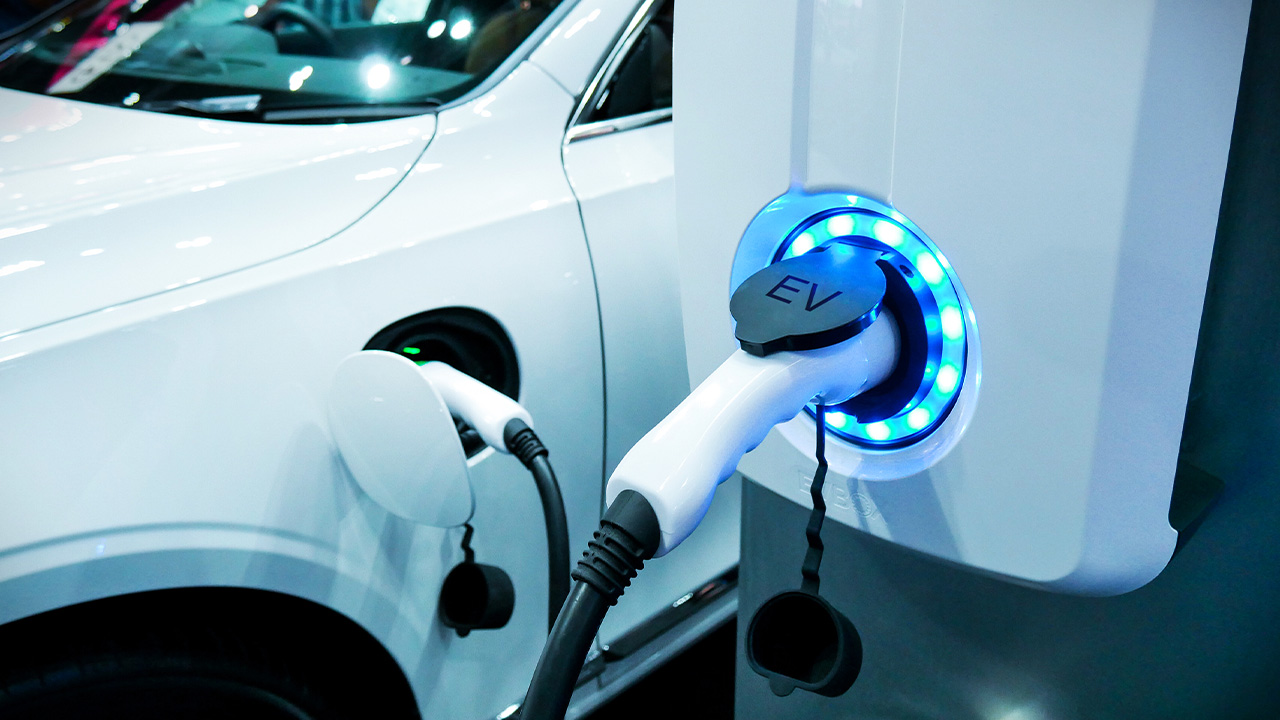 As Americans across the eastern United States felt the effects of the recent ransomware attack on the Colonial Pipeline in the form of gas lines and higher prices at the pump, the Biden administration essentially sat back and did nothing. Why?

Jennifer Granholm, secretary of the Department of Energy (DoE) may have inadvertently revealed the reason when she was asked, “How does this [the resulting gas crunch] speed up the efforts at DoE to move in more of a renewable direction since this is gonna have an impact on people at the pump?”

Granholm responded, “We obviously are all-in on making sure that we meet the president’s goals of getting to 100 percent clean electricity by 2035, and net zero carbon emissions by 2050 and… if you drive an electric car, this would not be affecting you, clearly.”

While her condescension at the plight of Americans should cause anger, it should not be a surprise. The Biden administration has been clear about its radical environmental agenda. On Tuesday, while visiting Ford’s new Rouge Electric Vehicle Center, President Biden himself declared, “The American auto industry is at a crossroads.… The future of the auto industry is electric. There’s no turning back.”

Other key members of the administration have actually advocated for policies that would eliminate diesel and gasoline vehicles. Transportation Secretary Pete Buttigieg suggested a fee based on the number of miles a person drives to help pay for Biden’s gargantuan infrastructure bill. During the Democratic primaries, Buttigieg and Vice President Kamala Harris both supported a ban on the sale of gas and diesel vehicles. And both of California’s senators have specifically asked Biden to set a date for when gas and diesel engines can no longer be sold.

Regarding Biden’s infrastructure bill, House Speaker Nancy Pelosi, D-Calif., said that it will get people, “out of their cars with more mass transit.” Democratic D.C. Delegate Eleanor Holmes Norton said the plan will “reduce automobile usage, but also we’re investing in pedestrian and bicycle infrastructure” to “get at climate change.”

But are electric cars really better for the environment? The answer is a resounding “no.” For starters, a recent report found that the increased mining required for more electric cars would not reduce the amount of fossil fuels used.

Just take battery production. Report author, Ben Lieberman, a senior fellow at the Competitive Enterprise Institute who specializes in environmental policy, noted that significantly more energy is required to manufacture an EV battery than a battery for a conventional vehicle and results in more carbon emissions during the manufacturing stage. “This so-called carbon debt is incurred by each EV before it is even driven its first mile and may take years to repay,” he stated.

Faith Birol, executive director of the International Energy Agency (IEA), reiterated this point during a panel discussion at the World Economic Forum, “To say that electric cars are the end of oil is definitely misleading. This year we expect global oil demand to increase by 1.3 million barrels per day. The effect of 5 million cars is [to diminish that demand by] 50,000 barrels per day — 50,000 versus 1.3 million barrels.”

“Where does the electricity come from, to say that electric cars are a solution to our climate change problem? It is not. Even if there were 300 million [electric cars] with the current power generation system, the impact in terms of CO2 emissions is less than 1 percent – nothing. If you can’t de-carbonise [the power sector], C02 emissions will not be going down. It may be helpful for the local pollution, but for global emissions it is not.”

Not only will electric cars not reduce carbon emissions and fossil fuel usage, but the minerals used in electric cars require large-scale mining operations in countries with little or no environmental or child labor regulations. Obtaining and using the minerals required, which include lithium, cobalt, copper, graphite, nickel, and various rare earth metals, also produce harmful environmental and health effects.

For example, lithium mining requires approximately 500,000 gallons of water per metric ton of lithium. The environmental impact of this is devastating: Lithium mining is known to contaminate local water sources, and proper lithium recycling techniques have not been developed, which will lead to significantly more lithium batteries being dumped into landfills. As an example, in Australia, only 2 percent of the nation’s 3,300 metric tons of lithium-ion waste is recycled.

Kite and Key Media released an excellent video detailing the reality of mining for the various minerals and rare earth metals needed for electric cars and other electronic devices. The World Bank is quoted in the video as saying, “The technologies assumed to populate the clean energy shift… are, in fact, significantly more material-intensive in their composition than current traditional fossil-fuel-based energy supply systems.”

The United States contains the third largest supply of mineral reserves needed for electric cars; however, stringent environmental regulations render it nearly impossible to open such mining operations and possibly for good reason. So instead, the U.S. acquires nearly all of its minerals from China and countries with lax environmental standards. China has already admitted its plans to weaponize its monopoly on minerals, the result of which would be to put Americans at the mercy of the Chinese Communist Party for their transportation requirements.

Electric cars are not only bad for the environment, but they are also expensive, and statistics show that Americans don’t want them. As of 2018, nearly half of EV registrations were in California, followed closely by Hawaii, Washington, and Oregon. Yet even in California, only 2 percent of California’s 15 million vehicles were EVs, “despite huge tax credits, free charging stations, free access to HOV lanes, and other subsidies and incentives.”

U.K. Prime Minister Boris Johnson has proposed a strikingly similar plan to Biden’s, calling for a ban on gasoline-powered vehicles by 2030 and a ban on hybrids by 2035. Economist Ewen Stewart said the policy is “frankly one of the most illiberal and economically destructive policies ever to come from Whitehall. It risks hundreds of thousands of livelihoods and much-needed exports for the most marginal benefit.”

“The implications of this ban [in a country with only 1 percent EVs] are immense in terms of manufacture, supply chains, investment, sunk capital, employment, infrastructure, consumer choice, value of existing stock, and so much more. Never before has a government dared to close down an entire and critical industry almost overnight, by diktat.”

The reality is, politicians’ push to force people to buy electric cars by banning fossil fuels has nothing to do with climate change or the environment in general. The climate agenda is about two things: First, it is an effort to acquire greater control over the population. By decreeing what consumers can drive and how far they can drive, as well as eliminating an industry with the stroke of a pen, they exercise unconscionable power over citizens.

It is a very short step from telling a person how far they can drive to telling them that they cannot leave their home; of course, we already know how possible the latter order actually is, given the government’s power-drunk response to COVID.

If you understand the radical agenda of leftism, the answer is clear. Leftists seek to transform the United States into a nation with a declining economy and standard of living, where its citizens are wholly dependent on the government and thoroughly punished for its supposed sins of white supremacy and imperialism. All the left is doing is transferring the pollution and environmental damage, as well as the monetary benefit, to other countries, who will pragmatically and gleefully take full advantage of America’s incomprehensible self-destruction. 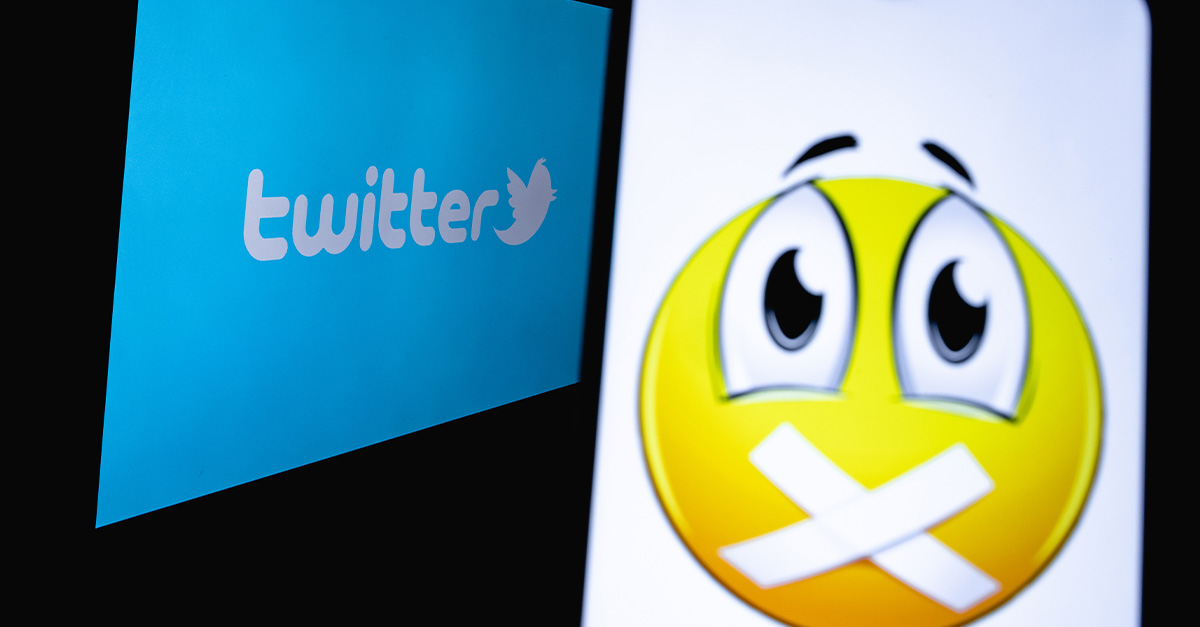