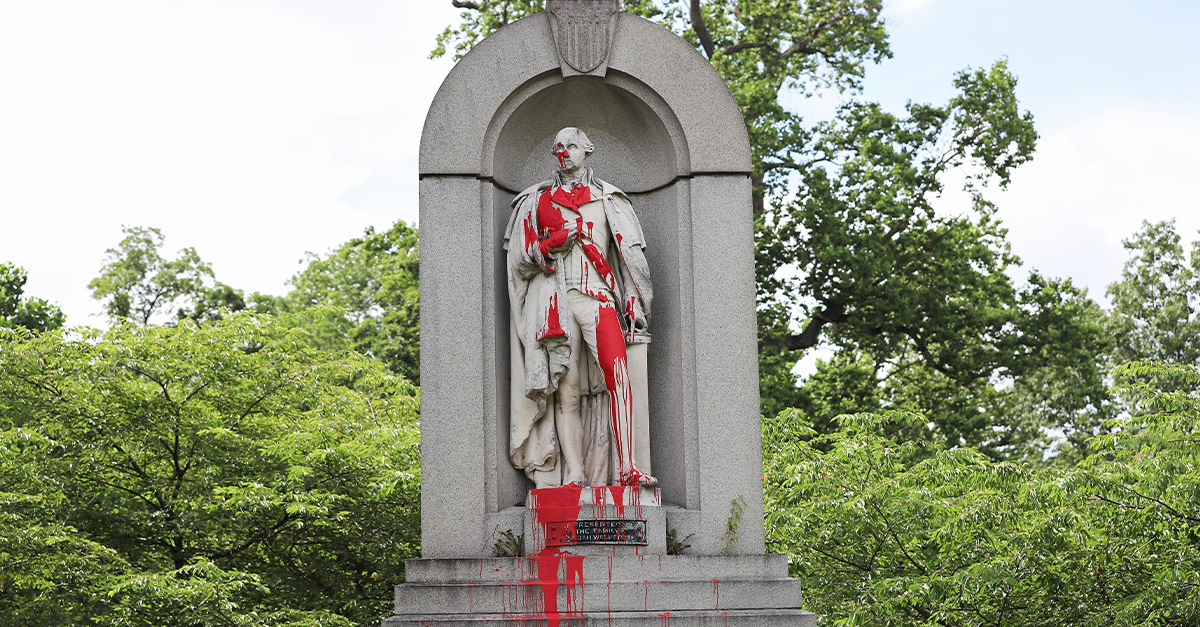 During his inaugural address, President Joe Biden pledged to “unite” America, but evidently such unification requires a scorched-earth campaign to do away with every aspect of the Trump administration, including Trump’s plan to create a memorial for beloved American heroes admired by both liberals and conservatives.

Politicians often speak of reaching across the aisle and finding common ground with their political opponents. After the election, Biden tweeted, “America, I’m honored that you have chosen me to lead our great country. The work ahead of us will be hard, but I promise you this: I will be a President for all Americans — whether you voted for me or not. I will keep the faith you have placed in me.”

If ever there was an issue that would bring people together, it would be a monument to American heroes of both the right and the left. In 2021, however, the Biden administration again illustrated that it has no desire for such cooperation.

Last year, Trump called for the creation of a National Garden of American Heroes, which would have honored those”who have contributed positively to America throughout our history.” The “roll call of heroes” was to feature historical figures such as John Adams, Thomas Jefferson, Abraham Lincoln, James Madison, and George Washington, along with Civil Rights heroes Frederick Douglass, Martin Luther King Jr., Harriet Tubman, and Rosa Parks.

Trump ordered that the new garden be opened in time to celebrate America’s 250th birthday in 2026. In announcing the new monument, Trump voiced concern that young people are being taught to hate our country in the aftermath of a period when monuments to our nation’s greatest citizens were being defaced and toppled across the country. His executive order further explained his reasoning, noting,

“The National Garden will draw together and fix in the soil of a single place what Abraham Lincoln called ‘[t]he mystic chords of memory, stretching from every battlefield, and patriot grave, to every living heart.’ In the peace and harmony of this vast outdoor park, visitors will come and learn the amazing stories of some of the greatest Americans who have ever lived.”

Since being inaugurated, Biden has issued a sweeping revocation of  Trump orders. Among the executive actions that have been reversed are the following:

Keeping Trump’s orders regarding American heroes and monuments would have built a rare bridge over the widening canyon between liberals and conservatives. It would have been a way to honor our nation’s history and Americans who are loved and cherished by many.

The Biden administration, however, prefers to operate as though it were an ancient conquering empire bent on destroying any trace of those who existed before it. Not only does the administration feel the need to wipe out the four years of the Trump administration, but Biden and his staff also routinely spit on the legacy left to us by great Americans like Washington, Lincoln, Teddy Roosevelt, and Douglas, whose monuments were either defaced or removed last year as part of a leftist purge. Nothing says unity more than remaining silent while historic memorials and monuments are desecrated.

This administration continues to prove itself either unwilling or incapable of unifying — or even leading — America. Its disdain for the American people and our country’s history and highest ideals is only exceeded by its hatred for Donald Trump. If Biden truly reveres America, as he says he does, then he should immediately reestablish the plan for the National Garden of American Heroes, along with federal protection for historical monuments and memorials.