Home ›Church and Christianity›Oxford University study: The Church grows under persecution and actually languishes when it has state support 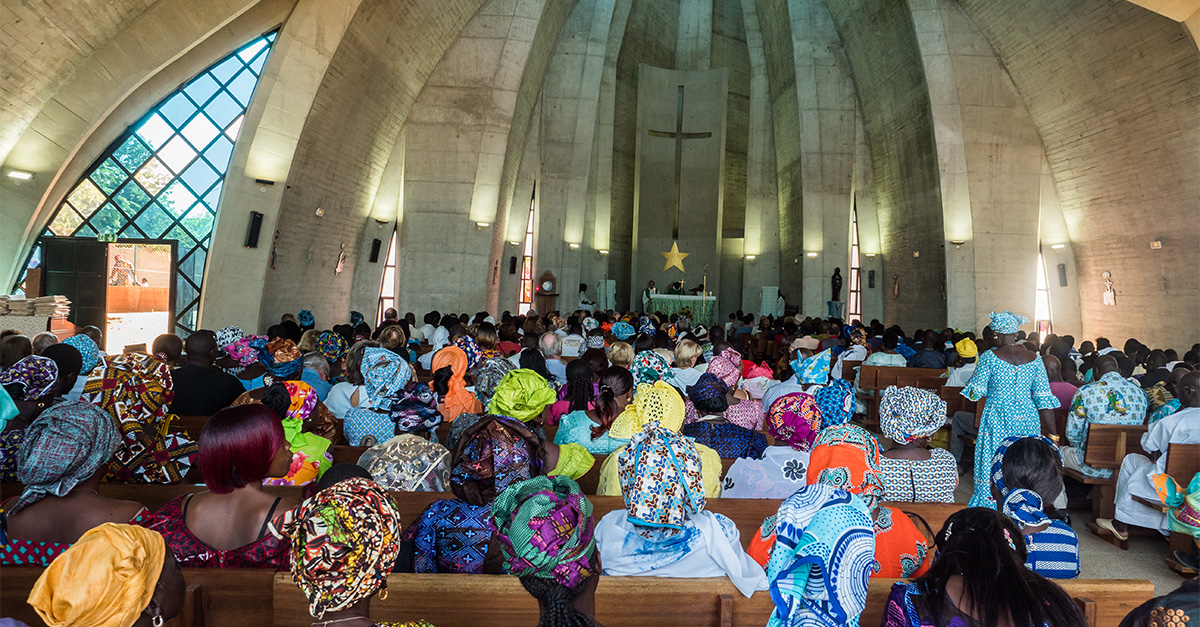 Tertullian once said, “The blood of the martyrs is the seed of the church,” and a recent study conducted by Oxford University appears to confirm the ancient Christian’s wise words.

The Church is clearly on the decline in both America and the West, and some have claimed that it’s due to scientific advancement rendering a belief in the divine untenable or due to prosperity that makes people feel that they no longer need God. While those attributes may play a factor, one study suggests that the key to the declining numbers of Christians is actually their grant of privileged status from the government.

In a study of 166 countries from 2010 to 2020 published in the Oxford journal Sociology of Religion, researchers found,

“The most important determinant of Christian vitality is the extent to which governments give official support to Christianity through their laws and policies. However, it is not in the way devout believers might expect. As governmental support for Christianity increases, the number of Christians declines significantly. This relationship holds even when accounting for other factors that might be driving Christian growth rates, such as overall demographic trends.”

The researchers found three paradoxes in the study: the paradox of pluralism, the paradox of privilege, and the paradox of persecution. The study showed that where Christianity has grown the most in recent decades, Asia and Africa, it had to compete against other faiths and worldviews.

The study contrasted Europe with Asia and Africa, and found that while European countries have had state support at various times, Christians in Asia and Africa have always had to compete with other faiths and are often heavily persecuted. A large contingent of African countries, for example, including Malawi, Zambia, Uganda, Rwanda, Madagascar, Liberia, Kenya, DR Congo, Tanzania, and Angola, are at the top of the list for growth in Christianity, with the number of Christians now over 700 million. Of those countries, only Tanzania has official government support.

With regard to privilege the researchers write, “…nine of the 10 countries with the fastest-declining Christian populations in the world offer moderate to high levels of official support for Christianity. While competition among religions stimulates Christian vitality, state favoritism of religion inadvertently suppresses it.”

In nations such as Russia and the United Kingdom, political privilege has led to a prevalence of nominal Christianity and little deep theological belief. The researchers concluded that believers who experience favored status tend to focus on societal issues and try to garner favor with the state, becoming distracted and hierarchal.

“In short,” the researchers concluded, “Christianity in Europe has been waning not despite state support but because of it.”

The study also found that harsh persecution does not weaken the Church but at times even strengthens it. They cite nations such as Muslim-dominated countries like Afghanistan and Iran where Christians are heavily persecuted and yet the Church has been and continues to experience rapid growth.

Another example is the Christian Church in China, which despite being under extreme state persecution, surveillance, and regulation is now one of the largest and strongest on the planet, having grown from just 1 million members in 1976 to nearly 100 million today.

The study says something else that aligns with the philosophy of the Standing for Freedom Center. It says that when Christianity competes in the realm of ideas, it emerges victorious. Christians in nations experiencing growth are active in studying their Bibles and are dedicated to Christ’s teaching, leading them to live authentically Christian lifestyles and to share their faith with others.

In America, many have become complacent. We watch television more than we read our Bibles and talk to others about political and social issues more than we pray to God. We are blessed to live in a land with religious liberty, but we should never take that for granted.  It is true that faith is — and should be — so much more than political debates, and it is His kingdom that must be our focus, not the earthly kingdom of the United States. However, that does not mean we should disengage from the political process and hope to be persecuted.

If the Church in America will fully devote itself to the Lord, study His Word, give Him its first fruits, pray without ceasing, and bring Him into all conversations and deeds, Christianity will grow.

DON'T MISS
If glaciers are really melting and the oceans rising, why are polar bear numbers up and more climate doomsayers living in mansions on the beach?

UP NEXT
Author J.K. Rowling’s nuanced take on transgenderism proves that not even the most credentialed progressives are safe from the outrage mob