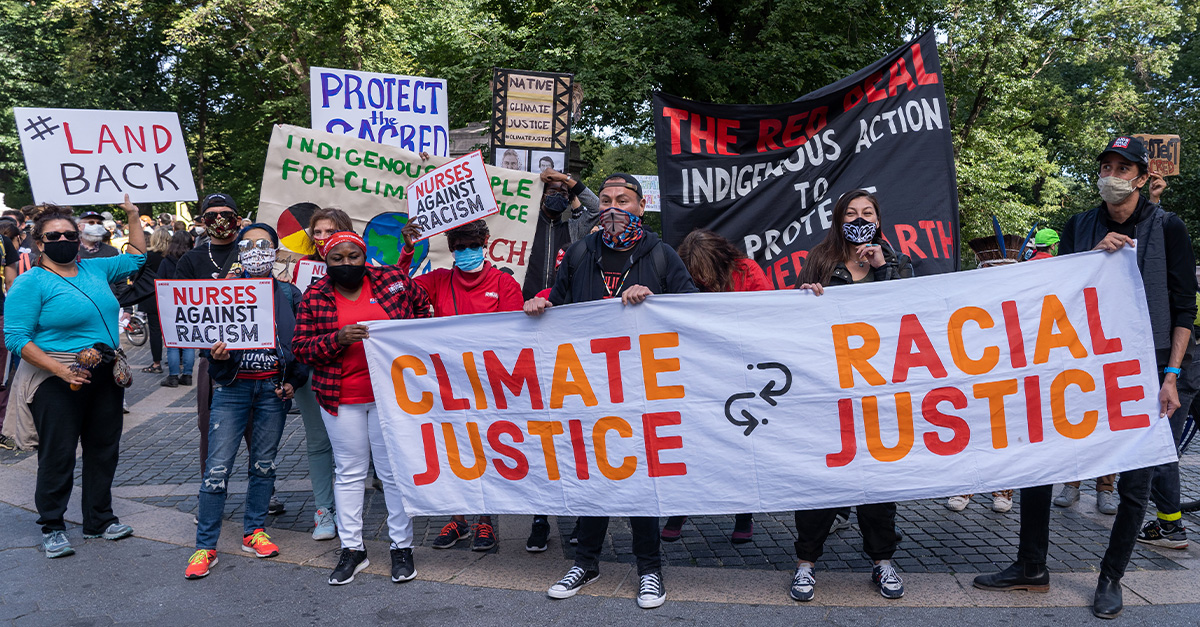 When I was a child and a young woman, I remember spending a lot of time pondering what to do with the problem of injustice.

With a progressive, atheist upbringing and a broad vocabulary of 20th century activist phrases and talking points, I was very well-versed in the degree to which supposed injustice was happening all around me. Genocide, racial discrimination, brutal, ideologically based crimes, corporate greed, government corruption — the list went on and on.

However, in my indignation, I blindly fumbled around the very dark world of attempting to reason through morals when the only standard I had to define my concept of morality emanated from the words of my fellow man.

While there were activists and elected officials who talked a big talk, it seemed to me that, from what I’d known of world history and current events alike, those who held positions of authority could also clearly behave in a corrupt manner, so could we ever really trust these idealists to bring about ideal justice?

The problem, of course, was that I saw what I perceived as great injustices in the world — homelessness in the streets of my city, race-based segregation still fresh in our nation’s collective memory, abject poverty, and devastating wars overseas — but I didn’t even understand what justice was.

I knew that this justice we all clamored for was some sort of rectification of a wrong suffered, yet with a material worldview, the only way I was able to define justice was in material terms.

It’s no wonder I would go on to identify with Marxist ideology, as in my compassion for the impoverished or abused worker I believed that no one should be allowed to have more money or more material possessions than anyone else. It was something that I thought — as many radicals today still do — was the only way to achieve completely perfect justice, and yet looking back, I realize that it is the same thinking that invites and accepts the same idolatrous “statism” that has resulted in the misery and deaths of millions of people worldwide.

When atheistic man defines justice, atheistic man will be the god of the subsequent justice system, and atheistic man is fallen. And the pursuit of justice without a perfect God at the center will inevitably lead to even more injustice as the long and bloody experience of human history has taught us all too well — especially over the last century.

As Thaddeus J. Williams writes in “Confronting Injustice without Compromising Truth: 12 Questions Christians Should Ask About Social Justice,” when we refuse to give our Creator “the honor and gratitude He is due,” we ultimately “turn and bow to the Cosmos,” to creation itself, for worship, as the Apostle Paul warned us in Romans 1. “We endow created things with an ultimate value that they are not due,” Williams explains.

This, he declares, is a “double injustice,” as without recognition of the Creator, there is no way to recognize other humans as made in His image and thus capable of being the victim of injustice.

After all, he notes, if naturalism is true and we are nothing more than our mortal bodies, “then there seems no meaningful way to talk about injustice.”

The examples of this literally godless view of justice are all around us in our culture today. Left-wing activists have grown increasingly hostile towards the concept of due process, for example, ruling in the court of public opinion that police officers are guilty of murder before all the facts are out, much less charges filed and the case tried. Enraged by what they perceive as systemic racial oppression, the critical race theorists throw out any reverence for the sacred constitutional protections that should be adamantly defended for all Americans — as these same principles also protect members of the black and other minority communities.

Today, accused perpetrators of police brutality are judged by the activists’ worldview rather than the objective constitutional standards that ought to shroud Lady Justice’s eyes.

In the era of COVID-19, elected officials and citizens have blindly accepted that it is safer and more just to lock down the economy, shutter schools and churches, throw business owners and pastors in jail in the name of the “greater good,” and deny a supposedly free people their most basic and guaranteed civil liberties.

The #MeToo movement brought light to genuinely sinful behavior on the part of men in positions of power, yet held these men to the morally dangerous creed of “believe all women.” While some men accused of sexual harassment or assault saw their lives and reputations forever ruined by the accusations of women we were now morally bound to believe, others were given a free and unquestioning pass — including the one who currently sits in the White House and who chose for his vice president a woman who went on record stating that she believed his accuser.

Victims of police brutality or sexual abuse or any of the other lengthy list of sins that far too many image-bearers of God unjustly suffer do deserve justice — and they will, praise the Lord, receive eternal justice one day.

Yet when we seek to right the wrongs suffered by our fellow man in this life, we do a grievous disservice to the pursuit of justice when we judge one another by the standards of our own feelings and worldview rather than the standards of the One who created us all.

The due process protections outlined in the U.S. constitution are based on biblical principles of fairness, mercy, and redemption and, as such, the closest we can ever get to a righteous and compassionate system here on earth — even if in practice our justice system does not always result in righteous or just outcomes. And that’s because the only pure justice that we will ever experience, collectively and individually, is on the Judgement Day — when God will dispense perfectly righteous sentences to those who deserve it and perfect mercy for those sinful believers whose equally deserved punishment has already been suffered by a loving Savior.

The clear recognition of a need for objective moral standards to determine how to practice justice was itself a mark that I was created by a just God, that I had a Maker who Himself established the standards of justice that we needed. It was also the reason I inherently understood that other humans who sometimes inflicted injustice — also children of His, it turns out — could also be the victims of the injustice I knew somehow needed to be rectified.

Before I found Christ, the creation that I worshipped were man-made governments and socialist ideologues who claimed to be pursuing the eternal truism of “do unto others,” yet only by way of advocating for a powerful government that forced its citizens to “do unto others” — an absurd adulteration of God’s agape love that ultimately leads to great injustice, as we have seen so often repeated in world history.

“Love God…and you will give those who bear your Beloved’s image the respect they are due,” Williams instructs those seeking true biblical justice, and that’s because idolatry “is the first injustice and the carcinogenic source of every other injustice.”

The pursuit of justice is a godly imperative: “What does the LORD require of you but to do justice, and to love kindness, and to walk humbly with your God?” (Micah 6:8) At the center of this imperative is a love for our Creator as well as the mercy and grace that He has extended to us through Christ’s sacrifice on the Cross.

Man’s inhumanity to man is impossible to deny, even if one denies the existence of a Creator. However, without Him, something inferior — and ultimately far more unjust — will take His place in the hearts of men seeking to rectify these undeniable human ills.

Fallible human minds can never determine what justice truly is. When we insist that we can, we will quickly resort to a cry for vengeance — mob justice, if you will, or, perhaps more fitting to today’s terms, a kind of “street justice” that would demand a conviction without a trial or an opportunity to let the mob itself dole out the punishment.

Rather than dictating what justice is, our human fallibility before God must be at the center of human justice before we can ever expect to see justice truly served or even the semblances of mercy that our Lord has shown us.

In sum, we cannot understand or experience true justice without acknowledging or looking to the One from whom the only pure and righteous justice flows. 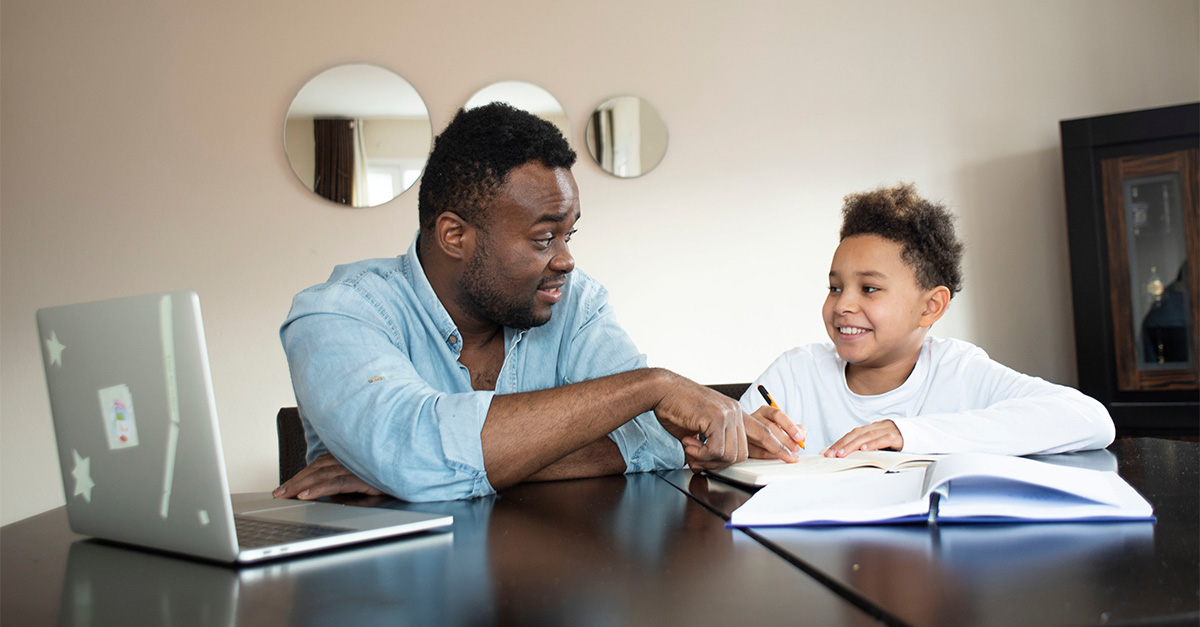