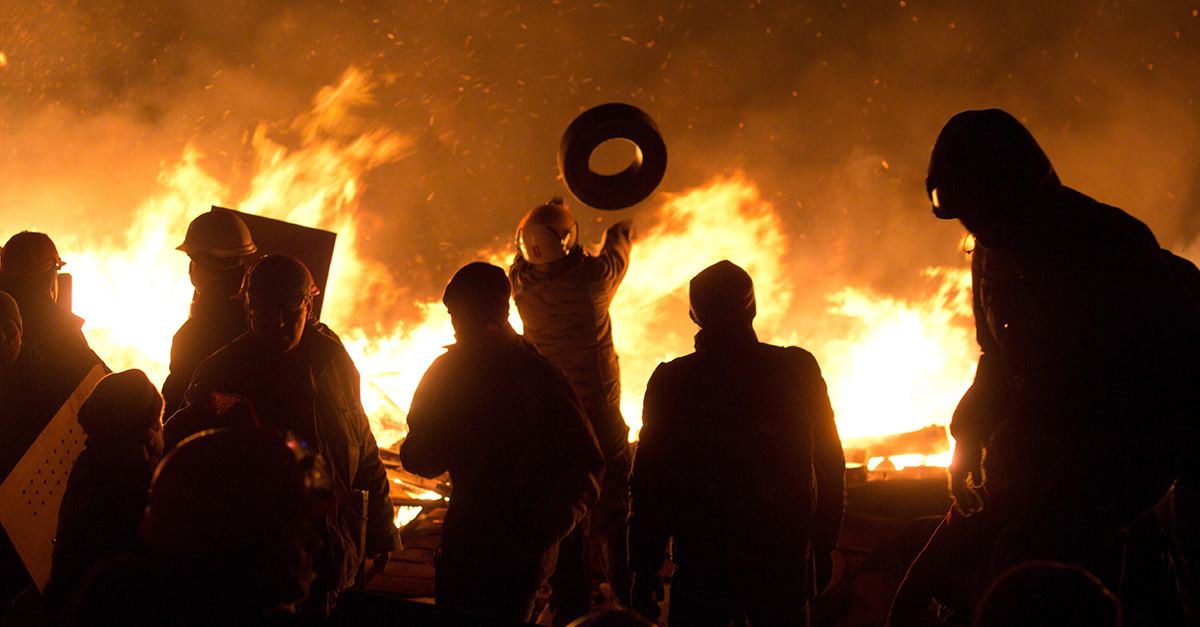 How do sweet potatoes reinforce systemic racism in America today?

That’s a curious question that no sane person has ever contemplated, but we’re not living in a sane age.

We’re living in the Age of Woke, where commitment to rational inquiry itself has been maligned as a mental crime for fostering white supremacy.

Thus, we’re subjected to a never-ending torrent of truly asinine hot takes that intentionally magnify what are benign, silly matters and enlarge them to fit a preconceived (and false) narrative about America’s supposed sins against minorities in the 21st century.

According to the publication Food & Wine, such confusion — sweet potatoes versus yams — is yet more evidence of the ingrained “structural racism that built the country” and a throwback to the “Trans-Atlantic slave trade.”

To ensure that the point was not lost on their readers, the editors titled the piece “The Difference Between Yams and Sweet Potatoes Is Structural Racism” and then pumped out nearly 1,000 words on the subject.

Got it, people? It’s structural racism to mistake the two.

So don’t mix up your root vegetables, bigot!

Lesson Number Two is learning the similarity between potatoes and the highways used to transport them.

Any guesses as to what that similarity is? If you chose racism as the answer, congrats, you’re the winner of an obnoxious lecture from Pete Buttigieg, our nation’s transportation secretary, who’s promoting Joe Biden’s gazillion-dollar infrastructure plan as a moral crusade to fight past injustices.

“There is racism physically built into some of our highways,” Buttigieg said with a straight face.

Then drawing from his vast experience as the mayor of — checks notes — South Bend, Indiana, he explained that our interstate highway system, authorized in the 1950s, “wasn’t just an act of neglect” to communities of color but a “conscious choice” of discrimination that must be addressed now.

Are blacks forbidden from driving up or down I-95?

Buttigieg didn’t say. But he did say that the White House’s infrastructure legislation would attempt to dole out federal funds and contracts based on race: “We’ve got to have intention” in ensuring black businesses secure bids for government contracts, he told reporter April Ryan. Indeed, a fact sheet released by the White House stipulates that 40 percent of “infrastructure investments” will go to so-called “disadvantaged communities.”

In other words, Americans who look as pasty as Pete Buttigieg need not apply.

Wait, isn’t Buttigieg the same guy who two seconds ago was arguing that racism was physically built into roads and bridges (as though it was somehow dumped into the asphalt), only moments later to express support for carving out racial preferences in how the federal government issues grants and contracts?

How are Buttigieg’s remarks and intentions not themselves racist? They most certainly are by any basic definition of racism.

Some forms of racial discrimination are desirable, you see, while others are not.

That’s how Pete Buttigieg can endorse a shameful ploy to allot government grants by way of skin color as a means to address racism or how a food magazine could prattle on preposterously about the racial power struggles latent in potato selections: The word racism has been stripped of its original intent and recast to reflect the progressive worldview that life in America can be reduced to a series of social justice struggle sessions.

This dishonest manipulation of language isn’t restricted to matters of race only. It’s spreading to other areas of public policy as well.

In fact, the latest infrastructure bill touted by Biden and company provides us with a telling example of just far progressives are willing to go to erase the plain understanding of words in their pursuit of raw political power.

Infrastructure legislation, in general, polls well with the public. And that’s because, as the Wall Street Journal noted, “When most Americans hear the word infrastructure, they think of physical structures — roads, bridges, airports, power lines — with clear operational benefits.”

We can see with our eyes the “public works” projects built by the taxes we pay.

“When I talk about infrastructure, I am talking about the fact that today in America, this is unbelievable, you’ve got millions of senior citizens who have no teeth in their mouth, unable to digest the food that they are eating,” he told CNN’s Anderson Cooper.

And not only are these people apparently missing their teeth, but they also can’t “hear well” and “have trouble seeing.” That’s why Bernie is demanding that Biden’s infrastructure proposal —  laughably dubbed “The American Jobs Plan” — also provide financial relief to this blind, deaf, and toothless constituency … by expanding Medicare coverage.

The socialist senator certainly is not alone in making stuff up.

In reality, not a single one of those programs is infrastructure. And Gillibrand’s colleagues know it.

Energy Secretary Jennifer Granholm admitted as much on ABC’s “This Week”, stating that the Biden Administration doesn’t “want to use past definitions of infrastructure when we are moving into the future.” Some of these future definitions include: billions for community colleges, billions for “green” school lunches, billions for electric car subsidies, billions in childcare services, and billions for a civilian climate corps, among other questionable taxpayer-funded programs.

Of course, the “past definitions” of commonly understood words are important for guiding discussions about the “future,” especially when those discussions involve government policies that impact taxpayers. What Granholm, Gillibrand, and Sanders are doing amounts to distorting the terms of the debate deliberately and overtly for partisan gain.

What if the next Republican president recommended as part of his “human infrastructure” efforts a total ban on Planned Parenthood funding because the abortion industry eradicates rather than cultivates human life and therefore doesn’t fit within the parameters of “human infrastructure?”

Democrats would object to that crude redefinition, and they’d have a point.

Yet the deconstruction of language is now a regular feature of progressive politicking. Like racism, infrastructure is being obscured rather than clarified by divorcing the word from its everyday usage.

This obfuscation is a fiscal problem.

It would be one thing if these word games were confined to a campus bull session led by purple-haired gender studies professors. But we’re talking about legislation that already has a price tag of $2 trillion — a number that is likely to grow in the coming weeks as extraneous expenditures are added to the final bill under the guise of infrastructure spending.

This obfuscation is also by design.

The more today’s cultural elites can muddy the very vocabulary we use, the more they’re hoping to move the foundations of the debate so that they are eventually reasoned from a leftist presupposition. Discriminating against Americans according to skin color for equity’s sake becomes the new anti-racism standard … while the phrase human infrastructure gains momentum as the next entry into the woke lexicon.

It may be a gain for Democratic power ambitions, but it’s a loss for America … a loss for civil rights, a loss for prudent legislation, and a loss for honest political discourse. 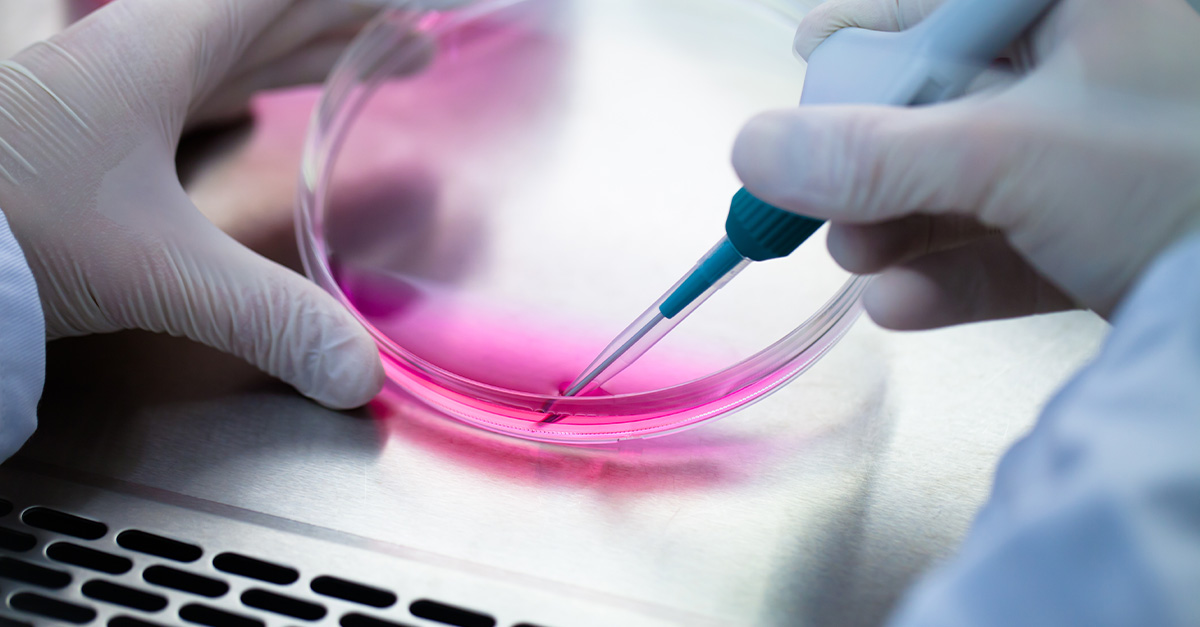