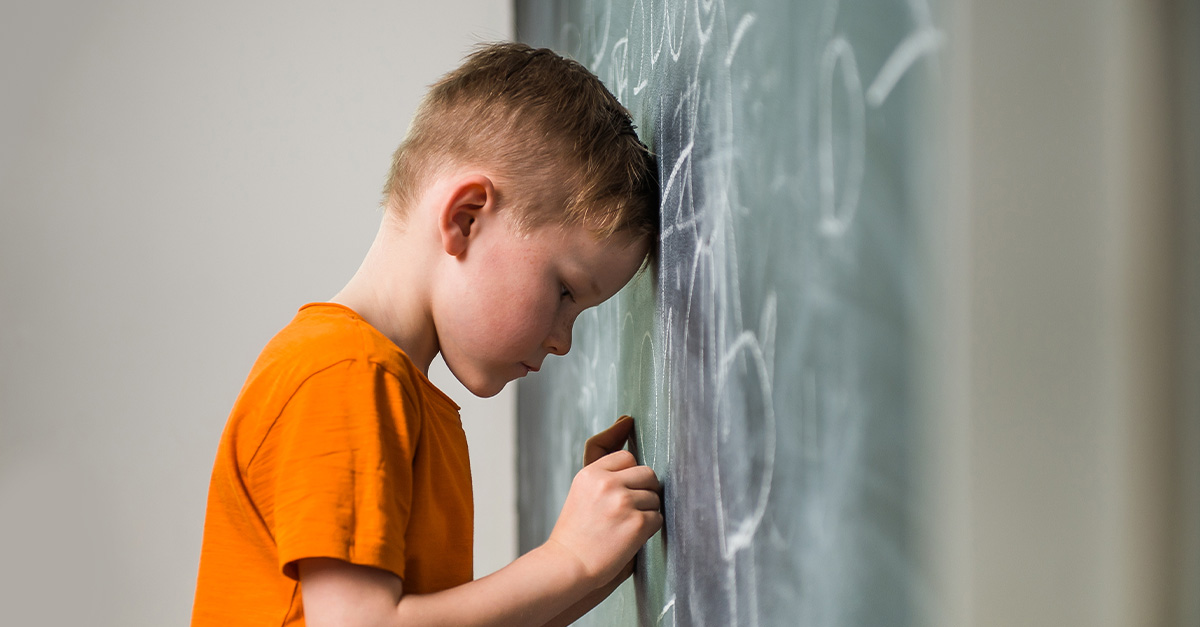 Grace Church School made headlines earlier this year for publishing speech guidelines that labeled words such as “mom, dad, boy, and girl” as “problematic,” but now the school is back in the headlines after ousting a math teacher who questioned the school’s commitment to Critical Race Theory (CRT).

Rossi penned an essay entitled: “I Refuse to Stand By While My Students Are Indoctrinated.” The subheading read, “Children are afraid to challenge the repressive ideology that rules our school. That’s why I am.”

He wrote, “As a teacher, my first obligation is to my students. But right now, my school is asking me to embrace ‘antiracism’ training and pedagogy that I believe is deeply harmful to them and to any person who seeks to nurture the virtues of curiosity, empathy and understanding.”

Rossi claims that the “antiracist” training actually requires teachers to treat students differently based on race, and doubts about the ideology may only be voiced in a certain office. Students who question the ideology are challenged to “reframe their views to conform to this orthodoxy.”

He warned of what the teaching does to students, explaining,

“My school, like so many others, induces students via shame and sophistry to identify primarily with their race before their individual identities are fully formed. Students are pressured to conform their opinions to those broadly associated with their race and gender and to minimize or dismiss individual experiences that don’t match those assumptions. The morally compromised status of ‘oppressor’ is assigned to one group of students based on their immutable characteristics. In the meantime, dependency, resentment and moral superiority are cultivated in students considered ‘oppressed.’”

Rossi raised objections to the ideology during a whites-only student and faculty meeting, adding that racially segregated meetings are commonplace at the school. Some students felt that Rossi’s input had resulted in a more productive discussion, but the school did not. Rossi claims he was told by the head of school he had caused “harm” to the students and was reprimanded.

Rossi also claimed that George Davison, the school’s headmaster, agreed with his contentions about the harm imposed by CRT. Davison insisted in a strongly worded statement that Rossi had misquoted him.

Earlier this week, Rossi released a recorded phone conversation between the two that appears to vindicate his contention that the headmaster agrees with him about the racist and harmful nature of CRT. “We’re demonizing white people for being born,” Davison admitted during the call, adding that when it came to the school’s white students, “We are using language that makes them feel less than, for nothing that they are personally responsible for.”

Rossi has now been removed from teaching his class and has declined to return to the school next year.

The teacher isn’t the only one speaking out against CRT in Manhattan private schools. Andrew Gutmann, a parent with a 12-year-old student attending the Brearley School, wrote a 1,700-word letter decrying the school’s commitment to CRT and sent it to the school’s 650 families. Annual tuition for the elite, all-girls school is $54,000, and among those who send their daughters there are Chelsea Clinton and actresses Tina Fey and Drew Barrymore.

Gutmann wrote, “By viewing every element of education, every aspect of history, and every facet of society through the lens of skin color and race, we are desecrating the legacy of Dr. Martin Luther King Jr.”

Last year Gutmann refused to sign an antiracism pledge that asks parents to explain how the family’s values match up with the school’s commitment to create an “anti-racist and inclusive school community.” The school also “requires all members, including at least one parent/guardian, to participate in required antiracist training and ongoing reflection.”

For the coming school year, the pledge was required as part of the enrollment contract.

In his letter, Gutmann objected to the concept of systemic racism and that “any educational, professional, or societal outcome where Blacks are underrepresented is prima facie evidence of the aforementioned systemic racism, or of white supremacy and oppression.”

“This afternoon, I and others who work closely with Upper School students met with more than one hundred of them, many of whom told us that they felt frightened and intimidated by the letter and the fact that it was sent directly to our homes. Our students noted that as this letter, which denies the presence of systemic racism, crossed their doorways, the evidence of ongoing racism – systemic or otherwise – is daily present in our headlines.”

Gutmann challenged the idea that students are frightened. “The upper schoolers are afraid of getting a letter at their home?” Gutmann said. “They’re frightened and intimidated? The school has said its No. 1 priority is to teach the girls intellectual bravery and courageousness. Either they are lying or else they have done an atrocious job.”

At the equally expensive and prestigious Dalton School, parental backlash regarding the school’s teaching of CRT and the crafting of an “antiracism manifest that sought to refocus the entire curriculum on social justice led to the resignations of headmaster Jim Best and the school’s head of diversity, although Best claimed he was leaving for personal reasons. The letter, penned by an anonymous group of parents, noted,

“Every class this year has had an obsessive focus on race and identity, ‘racist cop’ reenactments in science, ‘de-centering whiteness’ in art class, learning about white supremacy and sexuality in health class. Wildly inappropriate, many of these classes feel more akin to a Zoom corporate sensitivity-training than to Dalton’s intellectually engaging curriculum.”

Parents and teachers across America need to take notice and stand up for these students like Rossi and Gutmann. Critical Race Theory has replaced rigorous academic curriculum, and many schools have become nothing more than leftist ideological centers. Not all schools and not all teachers support the ideology or teach it, but parents need to be aware if their child’s school does.

Critical Race Theory and intersectionality lead to absurdities such as claiming the words “mom,” “dad,” “girl,” “boy,” and “traditional family,” are offensive. These philosophies make permanent victims of certain groups, teaching them that their lives are horrible and will never improve because someone is always oppressing them. This strips students of the encouragement and hope they need to pursue their ambitions and instills in them a defeatist mindset rather than a belief that they can achieve anything if they apply themselves fully.

Students are also taught that the idea of a “colorblind” society which sees and judges individuals based on character rather than physical attributes or heritage is racist. This undoes the work of the Civil Rights movement, and now segregation is returning. Instead of developing close friendships with fellow classmates of backgrounds, students are instead instilled with animosity and distrust towards those in other groups based on characteristics that no student has any control over. Moreover, children are taught to see their parents, relatives, community, and country through the same race-based lens.

Critical Race Theory and intersectionality do not teach students to grow and excel, it teaches them to hate and blame others for their problems or to hate themselves and feel shame over the color of their skin. If you are a teacher seeing CRT take over your school, speak up. If you are a parent, be involved in your child’s education and fully investigate what the school is teaching your child because you are their guardian, not woke educators. 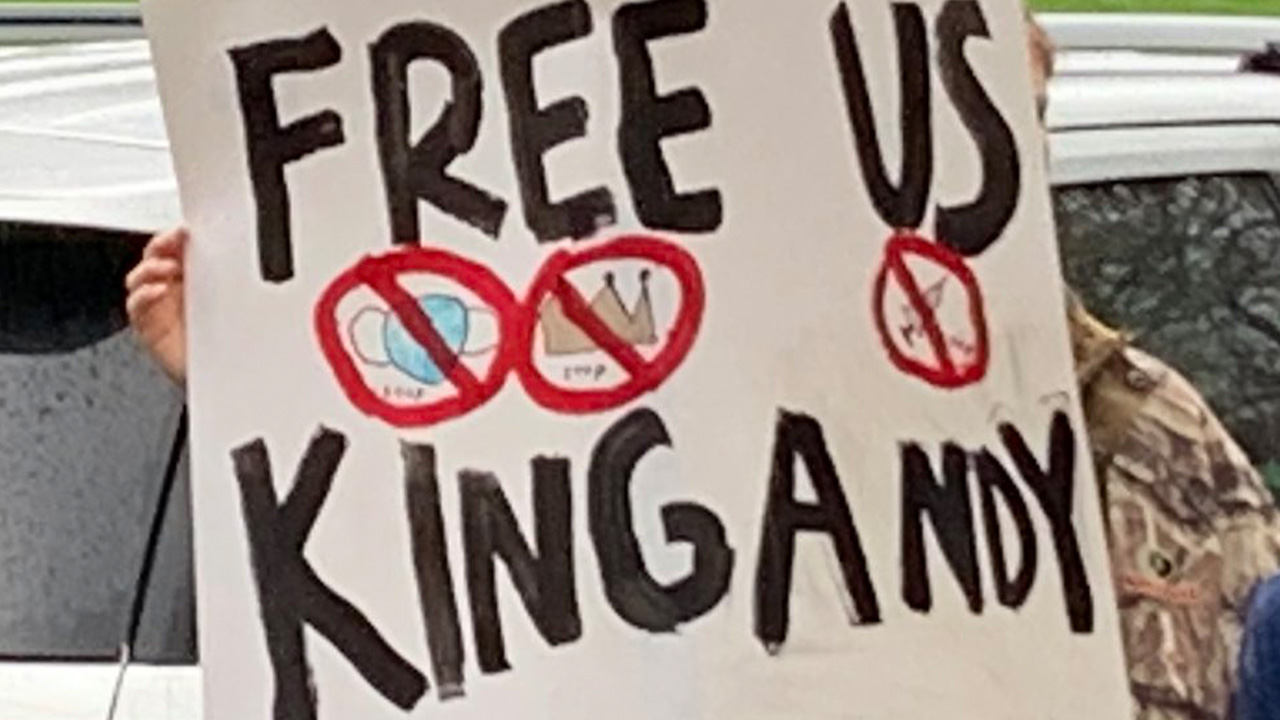