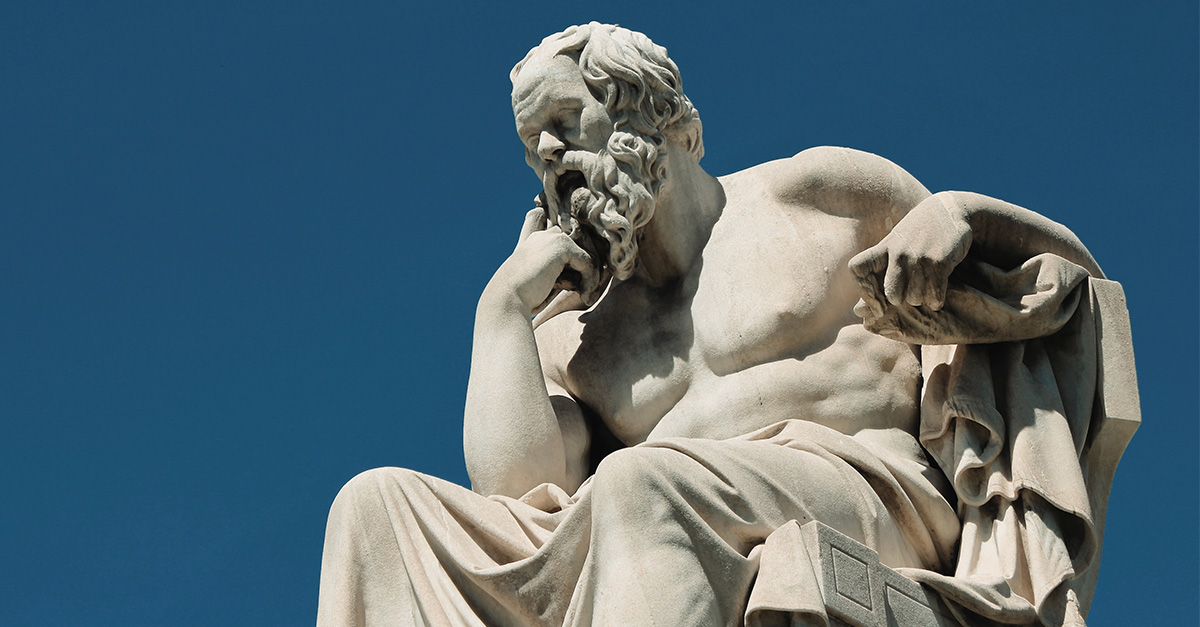 The march of the American education system past classical liberalism into radical leftism has created some strange allies as liberals, moderates, and conservatives come together on the same side of various issues, such as trying to protect the teaching of classic Western philosophy.

After Howard University announced it would be dissolving its classics department and no longer be offering courses on classic philosophies, Harvard philosophy professor Cornel West, a liberal, and Jeremy Tate, founder and CEO of the Classic Learning Test and a political moderate, collaborated on a superb defense of the classics and why they should not be cancelled.

In the op-ed published in the Washington Post, the authors pointed to how important reading classic philosophers, such as Socrates, Cicero, and Plato, was to Frederick Douglas and Dr. Martin Luther King Jr. Yet Howard, which the authors describe as “one of America’s greatest Black institutions,” has sent a “disturbing message” by abolishing its classics department.

They write, “Academia’s continual campaign to disregard or neglect the classics is a sign of spiritual decay, moral decline and a deep intellectual narrowness running amok in American culture. Those who commit this terrible act treat Western civilization as either irrelevant and not worthy of prioritization or as harmful and worthy only of condemnation.”

“Sadly, in our culture’s conception, the crimes of the West have become so central that it’s hard to keep track of the best of the West. We must be vigilant and draw the distinction between Western civilization and philosophy on the one hand, and Western crimes on the other. The crimes spring from certain philosophies and certain aspects of the civilization, not all of them.”

The authors defended the Western classics saying, “The Western canon is an extended dialogue among the crème de la crème of our civilization about the most fundamental questions. It is about asking ‘What kind of creatures are we?’ no matter what context we find ourselves in.” They added that the Western canon is a conversation about living more compassionately and focusing on the things that matter, and that conversation “grows richer the more we add our own voices and the excellence of voices from Africa, Asia, Latin America and everywhere else in the world.”

Pointing to the larger trend in education, they wrote,

“This is the result of a massive failure across the nation in “schooling,” which is now nothing more than the acquisition of skills, the acquisition of labels and the acquisition of jargon. Schooling is not education. Education draws out the uniqueness of people to be all that they can be in the light of their irreducible singularity. It is the maturation and cultivation of spiritually intact and morally equipped human beings….The removal of the classics is a sign that we, as a culture, have embraced from the youngest age utilitarian schooling at the expense of soul-forming education. To end this spiritual catastrophe, we must restore true education, mobilizing all of the intellectual and moral resources we can to create human beings of courage, vision and civic virtue.”

“This classical approach is united to the Black experience. It recognizes that the end and aim of education is really the anthem of Black people, which is to lift every voice. That means to find your voice, not an echo or an imitation of others. But you can’t find your voice without being grounded in tradition, grounded in legacies, grounded in heritages.”

Howard University holds a storied and critical place in America’s educational heritage. Founded by missionaries in 1867 and named for a Christian Civil War hero who had run the Freedmen’s Bureau, it has the distinction of being the only historically black college and university (HCBU) to be chartered by an act of Congress. In its first five years, the school educated 150,000 freed slaves.

The university cites “excellence, leadership, service, and truth” as its core values, but, unfortunately, doing away with the classics and classic philosophers means that Howard University will be less able to accomplish these goals.

Some prominent educators in the field want to do away with the study of classic philosophers because they were white. Classics Ph.D. Mary Frances Williams gives a disturbing account of an infamous exchange between herself and Princeton professor Dan-el Padilla Peralta in which she attempted to defend classic Western philosophy and the concept of merit-based inclusion in philosophical texts.

The classics are not racist or white supremacist. Western philosophy has formed the basis for representative government, liberty, equality, and higher education. Western thought is not irreparably tainted because some white people have done terrible things, something which can be said for every ethnicity; nor is it unjust simply because it primarily consists of white thinkers.

Classic philosophers such as Plato and Aristotle had great impact on the founding of our nation. For instance, Aristotle’s vision of government included three branches of government. He wrote in “Politics,”

“All constitutions have three elements, concerning which the good lawgiver has to regard what is expedient for each constitution…There is (1) one element which deliberates about public affairs [“legislative” branch]; secondly (2) that concerned with the magistrates [“executive” branch]…and thirdly (3) that which has judicial power.”

Sound familiar? Without Western philosophy there is no Western civilization, which is the point. Conservatives and classical liberals disagree on many things, but they agree that concepts such as freedom of speech, religious liberty, individual freedom, due process, and representative government are good things; in short, they both support the forwarding of Western thought. The number of classical liberals in politics, media, and education is shrinking, replaced by leftists. To leftists, there is nothing redeemable about Western civilization, at its very core it is racist and oppressive and must be dismantled.

The leftist movement will not rest until it burns Western civilization to the ground. In order to do that it must chip away at the foundations of American thought found in the Church and in classic philosophy.

West and Tate wrote, “Students must be challenged: Can they face texts from the greatest thinkers that force them to radically call into question their presuppositions?”

Their words echo Socrates, who was so influential to King and Douglas. Socrates said, “Education is the kindling of a flame, not the filling of a vessel.” Students should be taught classic philosophy, taught to pursue truth and knowledge and engage with the strengths and weaknesses of philosophers from various time periods and cultures.

As Socrates also said, “I cannot teach anybody anything, I can only make them think.” Hopefully other classical liberals will courageously heed this timely warning and appeal from West and Tate because — now more than ever — students need to be taught how to think. 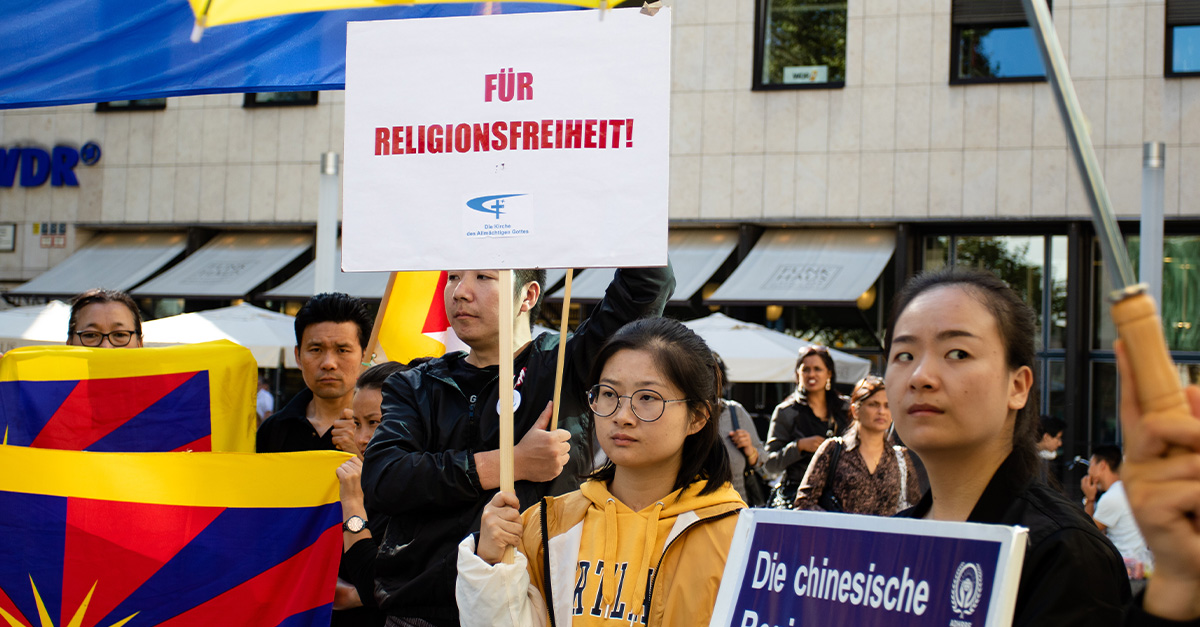